Happy Birthday to all of the summer birthdays! Both of my in-laws have July birthdays and we hardly ever see them in July to celebrate since they live in North Carolina (they will be moving out to California soon though), so I thought I would send them a little birthday care package in the mail via an Ice Cream Party in a Box! 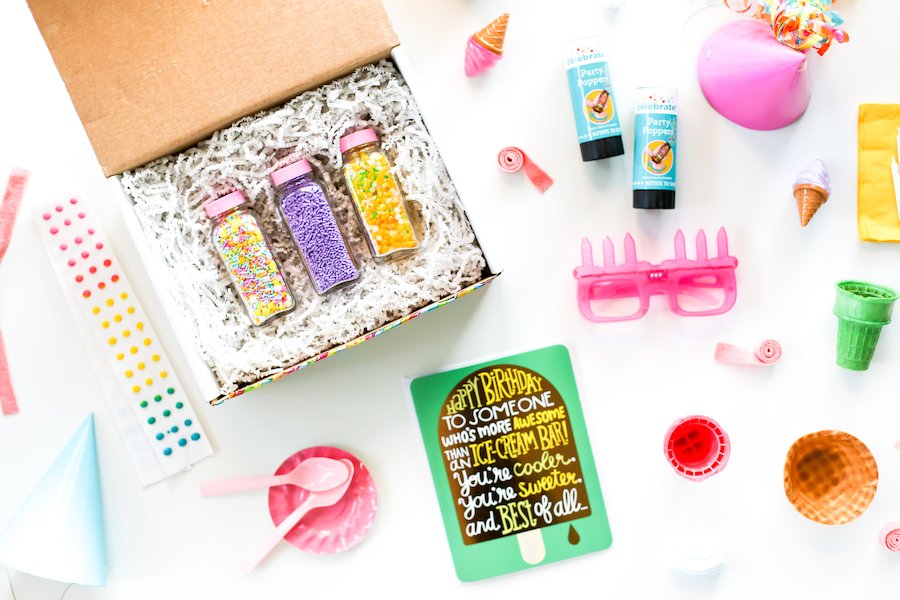 Both my mother-in-law and father-in-law LOVE LOVE LOVE ice cream so I’m sure they will be so excited to receive this Ice Cream Party in a Box in a few days. In it, I included everything they could need to throw an ice cream party: ice cream cones, waffle bowls, spoons, napkins, SPRINKLES, candy, confetti shooters, candles, and party hats! 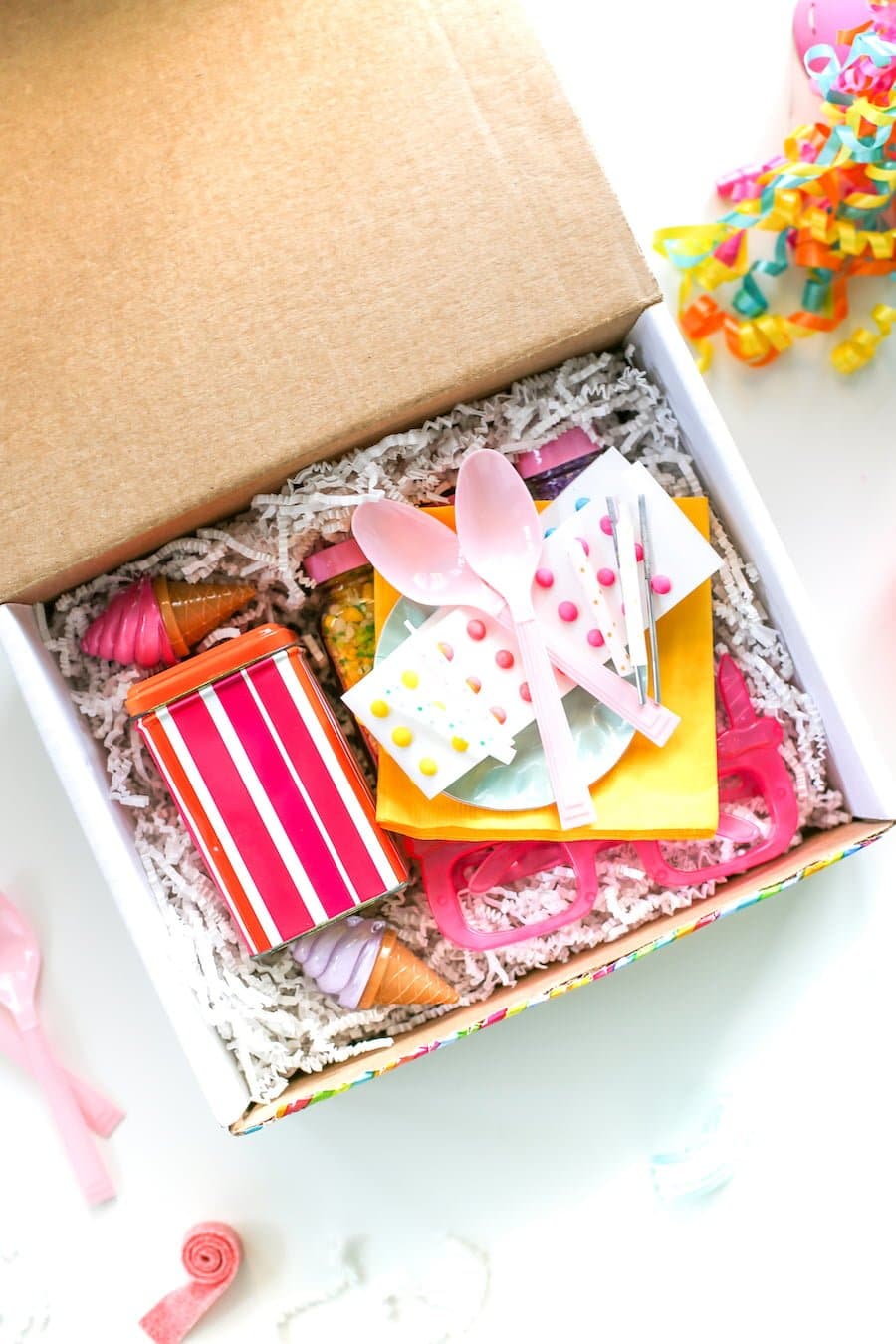 And of course I also included a couple of ice cream themed birthday cards! I’ll be including a $5 bill within each card so they can both go to the grocery store and get the only thing missing from this party box: the ice cream! I was just going to include one gift card, but then I thought about it and what if they like different flavors? So two cards, two $5 bills, no compromising! Because who wants to compromise on their birthday? 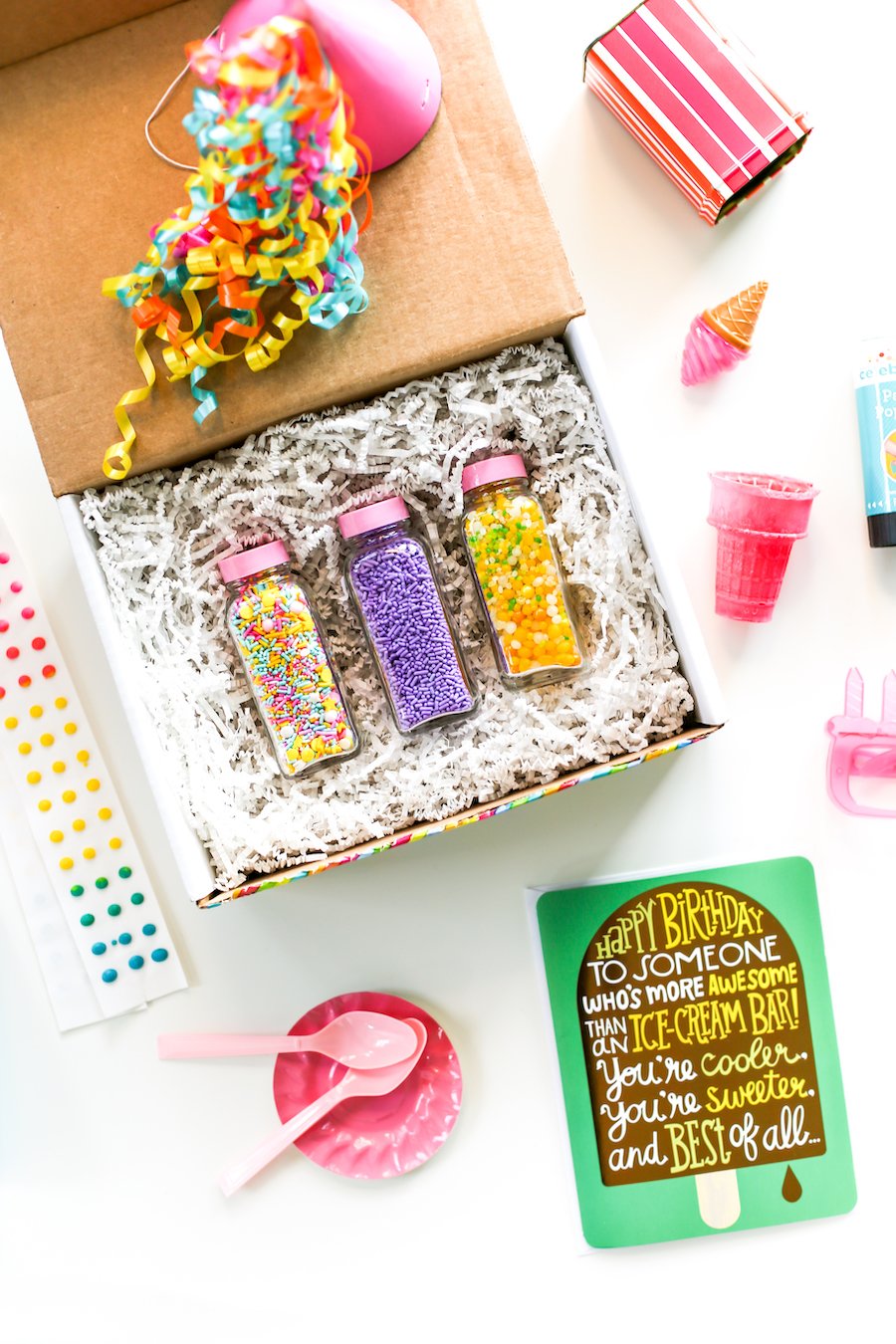 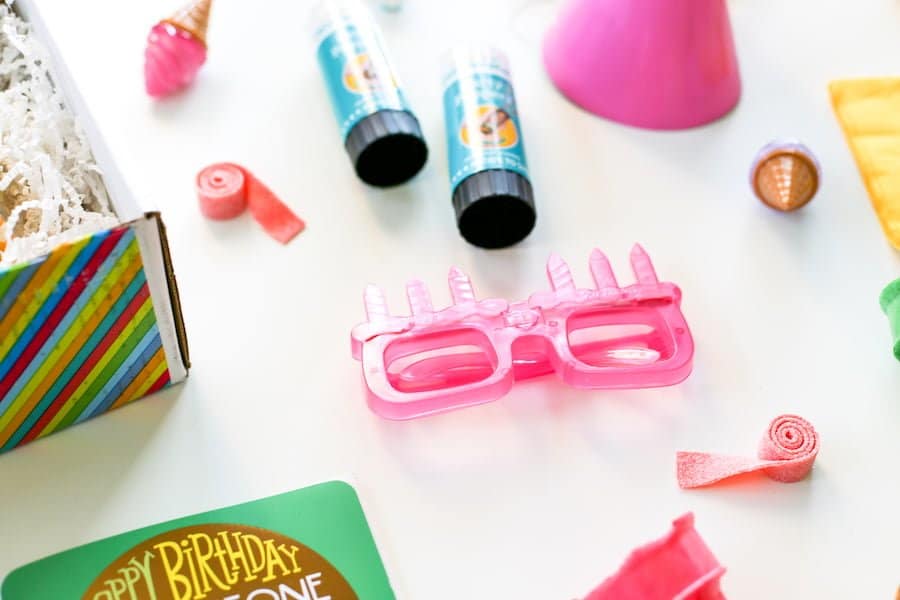 Want to put together an Ice Cream Party in a Box to mail to a friend? Here’s what you need to do:

1. Get a box. Make sure it’s sturdy enough for shipping and have some sort of packing peanuts to protect any fragile items like ice cream cones, bowls, or bottles of sprinkles. I already happened to have a box that was decorated with rainbows, so I thought hey, let’s “Reduce, Reuse, Recycle” and simply covered up a logo using some cute food stickers!

2. Next, I gathered my supplies. Here’s a list of what you could include in your Ice Cream Party in a Box. Maybe you include all of it, or just some of it, it’s entirely up to you! 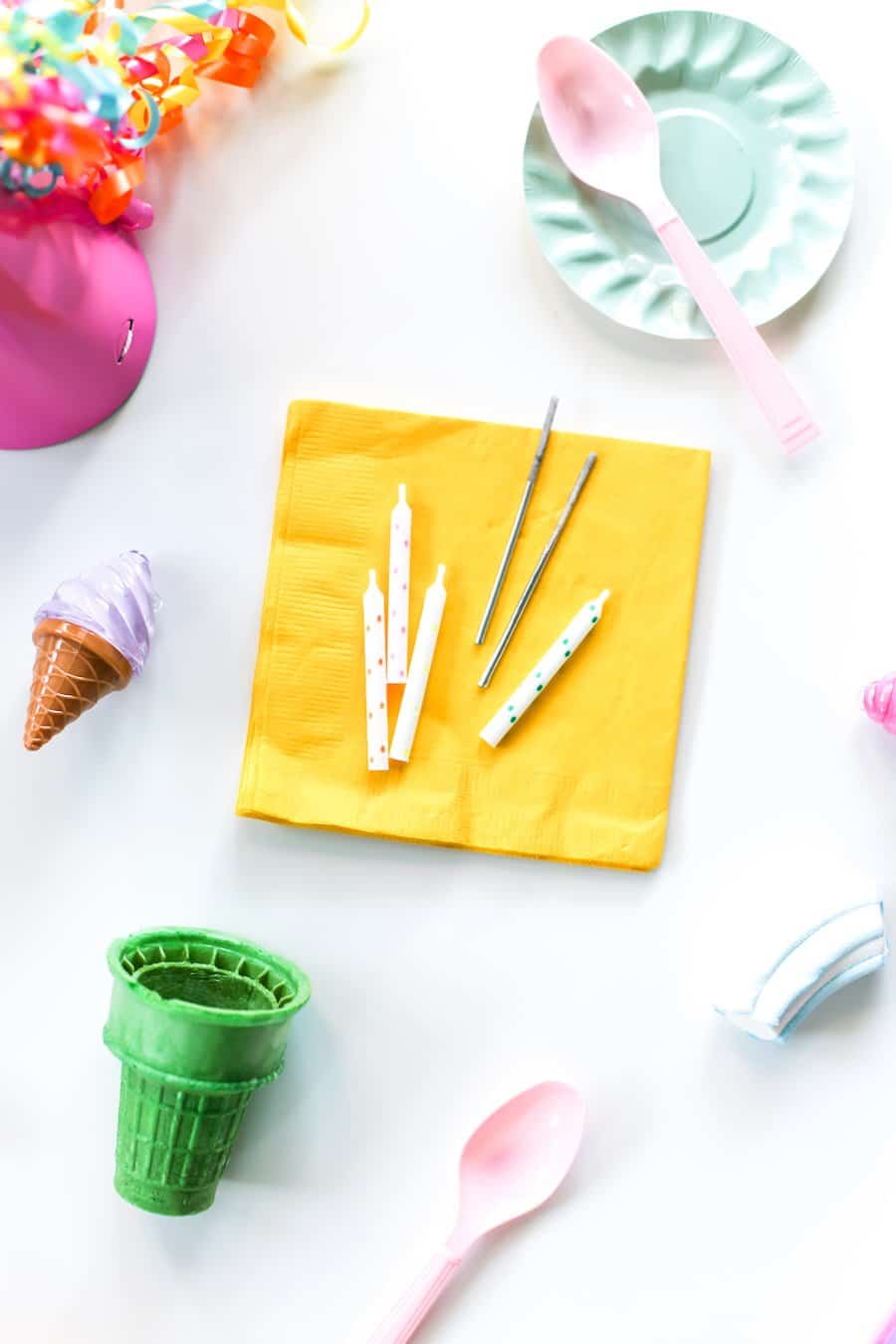 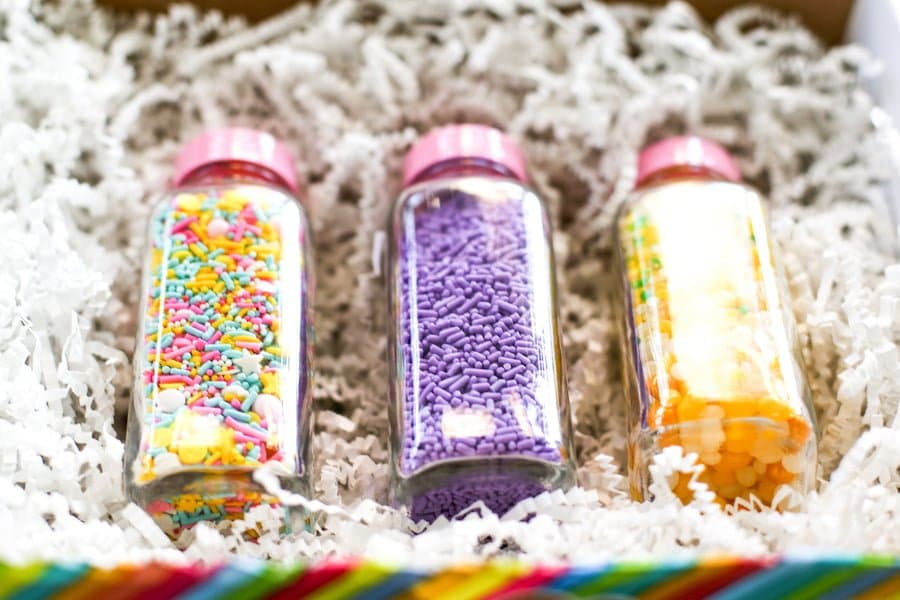 3. I didn’t include any liquids, but if you choose to include hot fudge, syrups, or cherries, be sure to put those into plastic bags before packing just in case they leak/break in shipping.

4. Before you seal up the box, write out a note on the birthday card, slip in some cash or a gift card so the recipient can purchase some ice cream, and put the card on top. Then seal up the box, decorate it with stickers, and ship it to make someone’s birthday really happy! 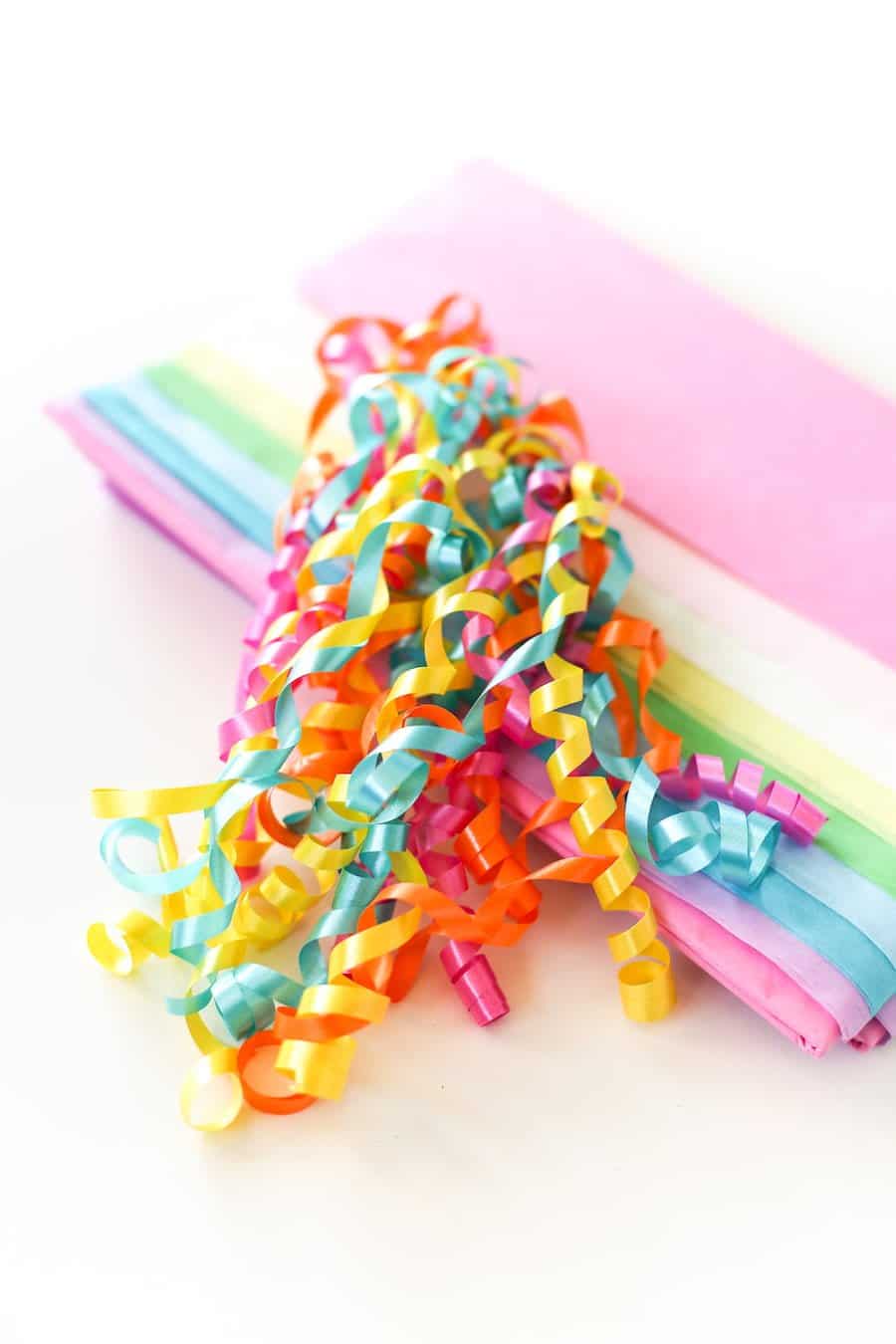 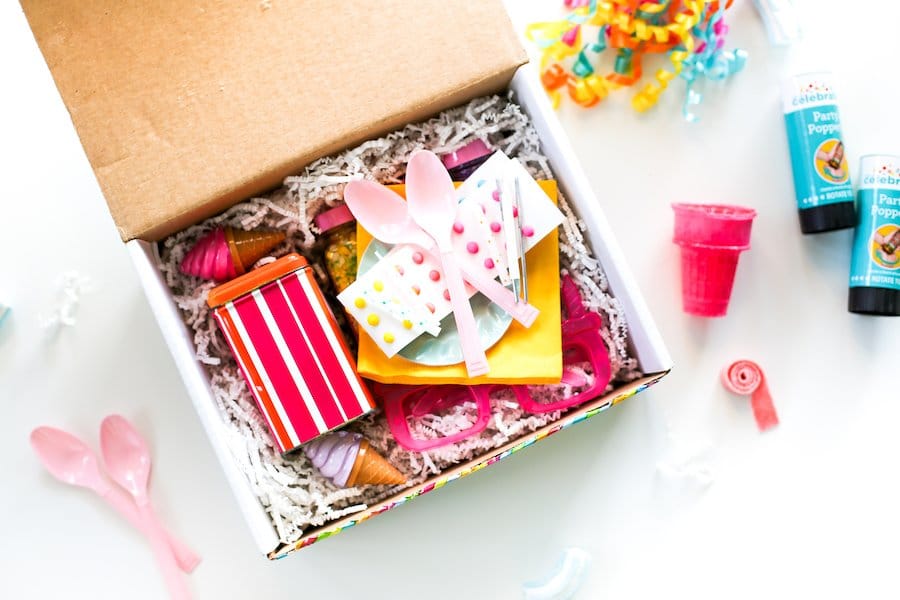 What will you include in your Ice Cream Party in a Box? Let me know in the comments below. 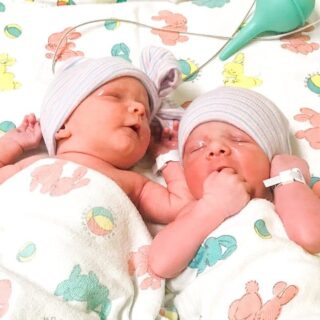