On day 2 in Las Vegas, the mister, the mister’s mother, and I visited the Neon Museum which is located closer to Downtown Las Vegas (as opposed to the Strip.)

The Neon Museum’s visitor’s center is housed in the old La Concha Motel lobby which was moved to the current location in 8 pieces in 2010.

TIP: If you go, be sure to wear sunscreen! The one-hour long tour takes place outside and the majority of it is unshaded. You can bring an umbrella and may also want to bring water to stay hydrated. The guide did say that they will be giving night tours later on this month. With the exception of 4 restored signs, the signs do NOT light up, but will be lit by flood lights. I can’t wait to go back at night for some totally different photographs!

The tour was very interesting. Our tour guide mostly told historic anecdotes of the signs, but he did say that all of the tour guides have different backgrounds and there are a couple of tour guides who tell more about the typography and design background of the signs. I’m sure that if you call and ask, they can tell you a time to visit to be sure to get one of those tour guides.

After the Neon Museum, the mister and I visited the Atomic Testing Museum which was also very interesting and, thankfully, indoors!

TIP: check for a Groupon before you go!

My favorite part of the museum was seeing a notebook with photos taken by JC Penny of testing dummies which were subjected to bombing and then JC Penny described how well the clothes held up and survived.

That night, the mister, the mister’s mom, and I went to dinner at The Golden Steer Steakhouse. Now, The Golden Steer is nothing to look at on the outside, it’s in a strip mall which also contains a drycleaners, a pizza place, a sandwich shop, and a cigar store, but step inside and you will be transported back to 1960’s Las Vegas.

The Rat Pack, Elvis, Marilyn Monroe and many others would dine at the Golden Steer after shows, they would sit in their favorite booths, and the dining booths now display brass plaques bearing their names. We sat at Betty Grable’s table, and we were told that it was also Pat Morita’s (Mr. Miyagi) favorite table as he was a big fan of Ms. Grable. 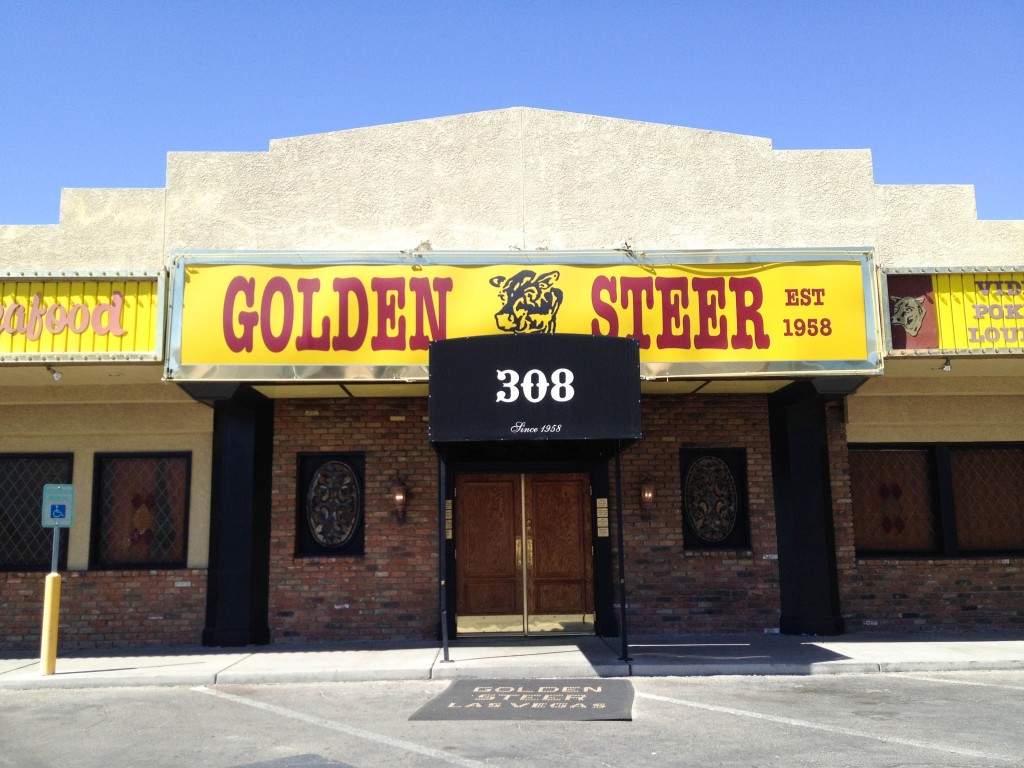 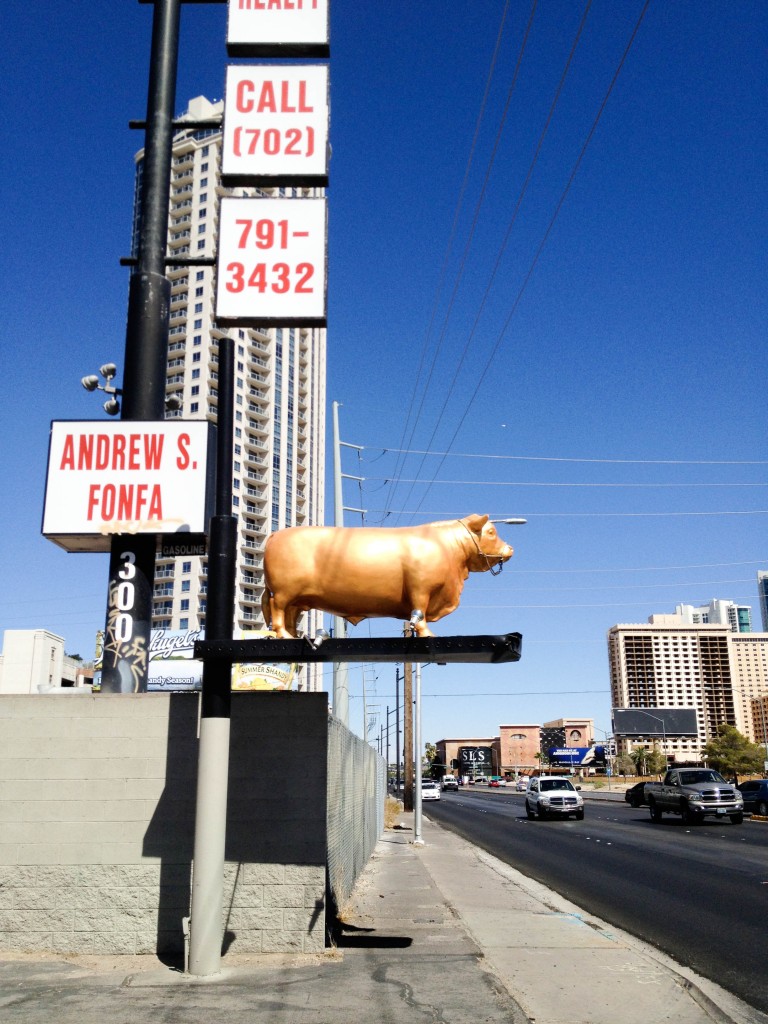 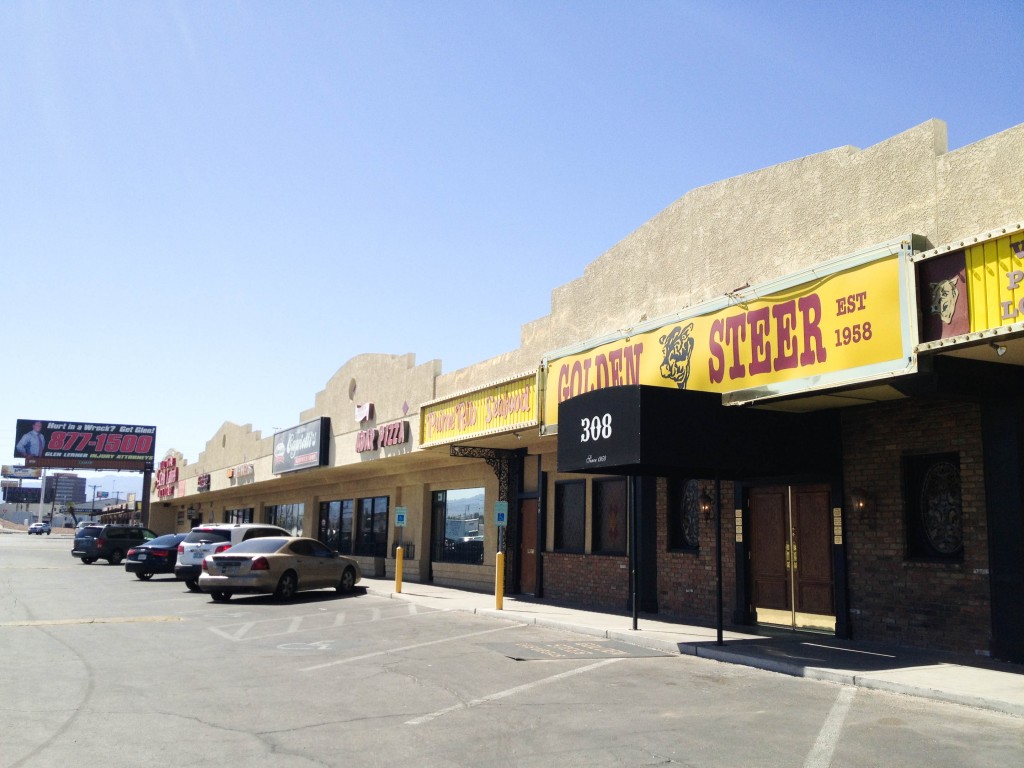 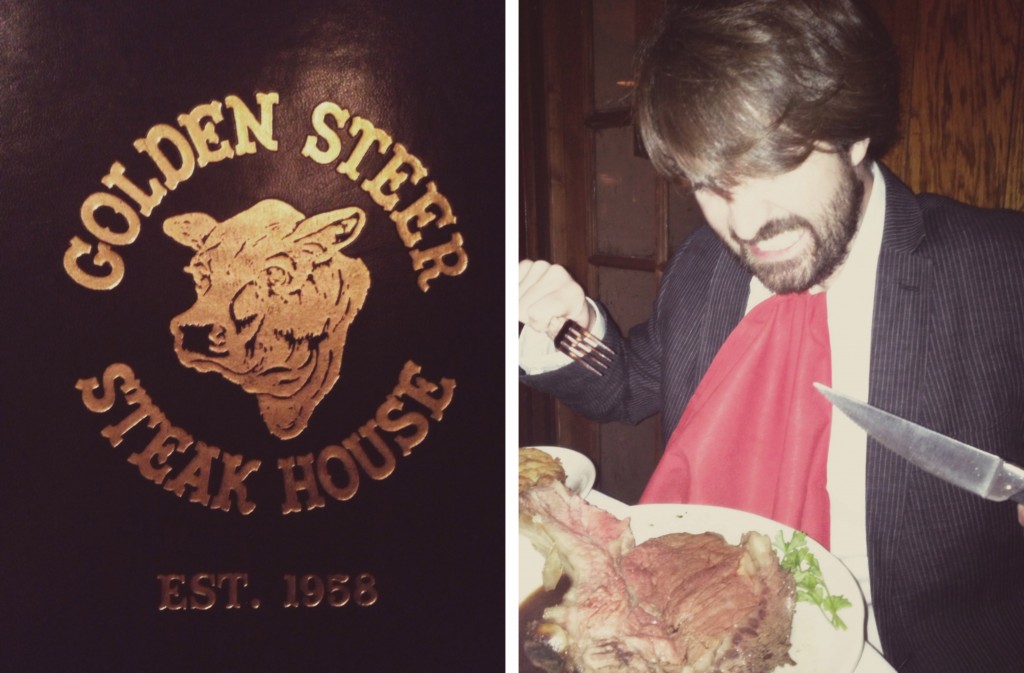 TIP: If you go, you can make a reservation and request a certain table (Elvis, Dean Martin, Frank Sinatra, etc.) If you have a big group (bachelor party, birthday party) you can request the Mob Room. The Mob would eat at the Golden Steer every night and had their own room with a secret entrance (or most likely used for a secret escape.) We didn’t check it out this time, but if you like Mob history, there is a Mob Museum.

The food was very good! The mister ordered a huge prime rib steak and twice baked potato and I had a salad and a jumbo baked potato (I know, boring, but those steaks were TOO big for me.) We ordered creme brule and strawberry cheesecake for dessert, both of which were delicious, and we could see and smell the bananas foster cooking at another table which, for the show alone, I might have to order next time.

After dinner, the mister and I headed over to the Bellagio to watch the fountains dance, then over to the casinos (the Cosmopolitan and the Aria) to play some video roulette and then some table roulette. I was unlucky, but the mister had his beginner’s luck and so we made a little money while getting a few free drinks.

And we had to go back to the Neon Museum at night and take a photo (this was after dinner and before the free drinks, remember to drink responsibly), plus see some of the other restored signs lit up along Las Vegas Blvd near Downtown.

Las Vegas, Part I (The Road to Vegas) 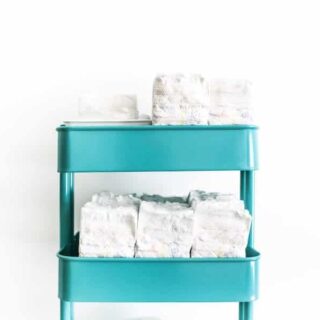 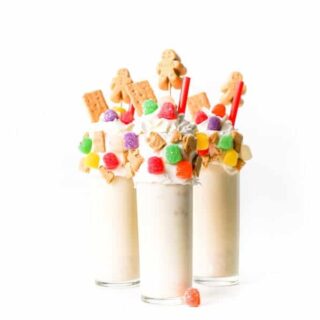