Home / Thinking About A Third Baby After Twins

As a twin mom, I’ve learned to smile at some of the common questions and comments that strangers say to us everywhere we go, including: “Wow, you’ve got your hands full!” “Do twins run in the family?” “Are they identical?” But the winning comment is usually  “Oh wow, a boy and a girl! You’re done! One and done!” I truly don’t understand why they assume that just because we lucked out on the reproductive jackpot and got both a boy and a girl that we would be finished having kids. I suppose it’s because they think we have the “perfect” family. But who says you have to stop having kids once you have at least one boy and one girl? So, today I’m sharing my thoughts, hopes, and fears about having a third baby after the twins. 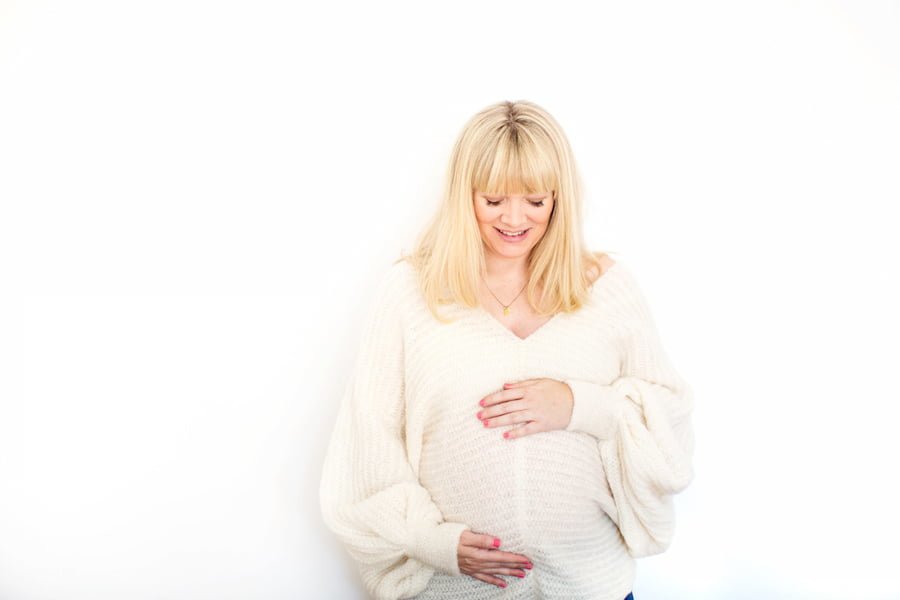 These thoughts include why we want to have another baby, what people say to us when we mention that we want one more, the anxiety and stress of facing infertility again, as well as the fear of getting pregnant with twins again. No, this is not an announcement, I’m not pregnant. Not yet. 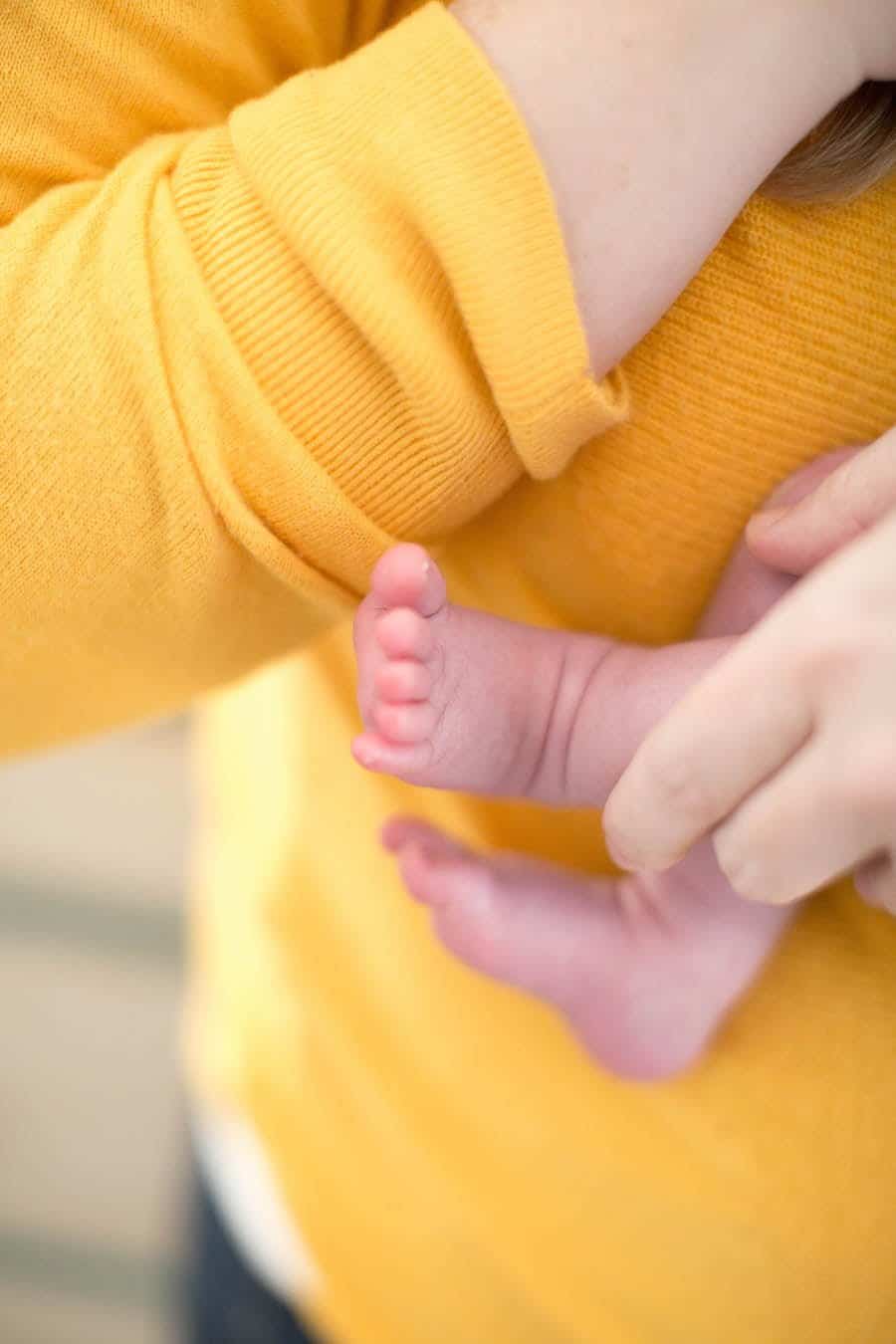 Yes, even after having boy/girl twins, my husband and I would still like to have one more baby. We both simply feel that our family is incomplete. I read somewhere that you’ll never regret the children you do have, but you’ll always regret the ones you didn’t have. However, when we mention having another kid we are often bluntly asked “Why would you want another?”, “Why would you do that?”, “You already have two! A boy and a girl! You really want more?”. The faces that these people make with their questions … they look at us like we’re crazy for wanting another kid! 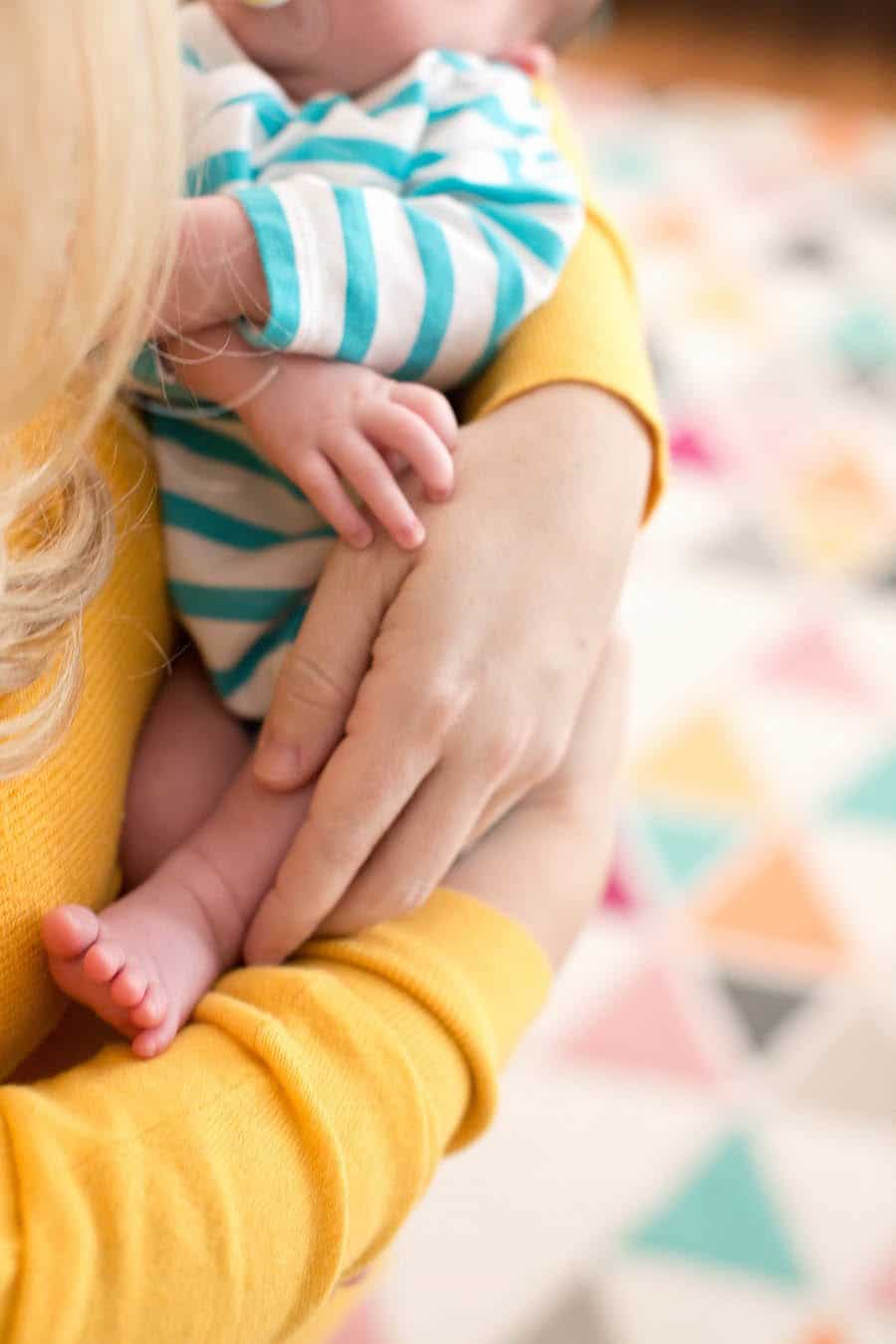 Even as far as blood relatives go, we don’t live near any of our extended family members. Our closest blood relatives are 3+ hours away. Here in Los Angeles, it’s just me, my husband, my mom, my mother-in-law and my father-in-law. That’s it. So, our kids probably won’t grow up being close to any of our extended family, instead they’ll be playing with friends and our “chosen” family. And that’s fine.

But … and this is where my thoughts turn morbid … once my husband and I and our parents (the twins’ grandparents) die, our kids will only have each other as blood-related family. As I previously said, they have no extended family. That scares me, because we know SO many boy/girl twins who very much dislike or even downright hate each other. I know that with a third, there’s always the possibility of someone feeling left-out, but it’s also one more person to love and be loved by. Also, I hope they all marry into big families. 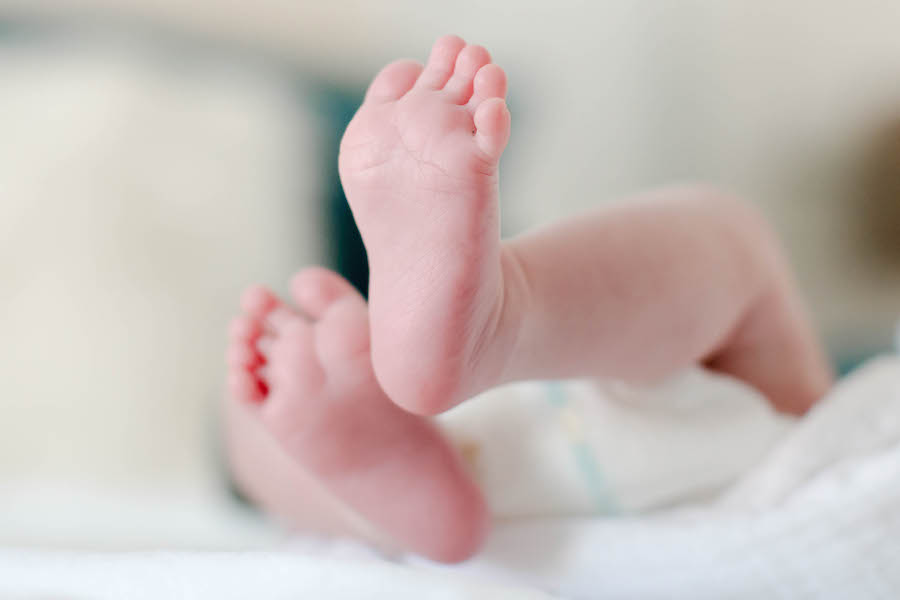 Another reason I would love to have another baby, is because I would like to get to experience a singleton baby. From what I’ve been told and what I’ve read from other twin moms who also have a singleton, it is SO much easier. As in “I don’t even know what to do with myself, I have so much free time” easier.

The newborn stage with one baby is not necessarily fun, but with twins it can be torture. I would love to be able to experience bonding with just one baby. I would love to be able to only change one diaper. Or feed one baby. Or get a second chance at breastfeeding (I pumped with the twins for 5 months due to breastfeeding issues, but honestly, trying to breastfeed both at the same time was really stressful and not a pleasant experience). I’ve felt really cooped up with the twins due to their strict feeding and napping schedule. They both currently go down well at nap times and bedtimes; both sleep at the same time the majority of the time, so I’m reluctant to change their schedule. I would love to get the chance to use a baby sling with a singleton and take the baby to the store, to a restaurant, to a museum, etc.

But, having another baby isn’t that easy. First of all, I’m soon going to have two little adorable monsters running around the house causing chaos, and I’m not looking forward to taking care of them while pregnant. Granted, their pregnancy was hard on me because I was making double of everything, but I’m not getting any younger and my body is still healing from their pregnancy.

Also, having a third baby means facing infertility again. I know a lot of people often go through infertility treatments, have kids, and then later get unexpectedly pregnant again. Many people chalk that surprise baby up to the fact that the couple wasn’t stressing about it or “trying” anymore. Unfortunately, I don’t think that would happen with us. Our infertility was diagnosed as male factor infertility thanks to a low sperm count and poor mobility, NOT stress. Side note: if someone is trying to get pregnant, please don’t ever tell them that they just have to stop trying so hard and not stress about it. 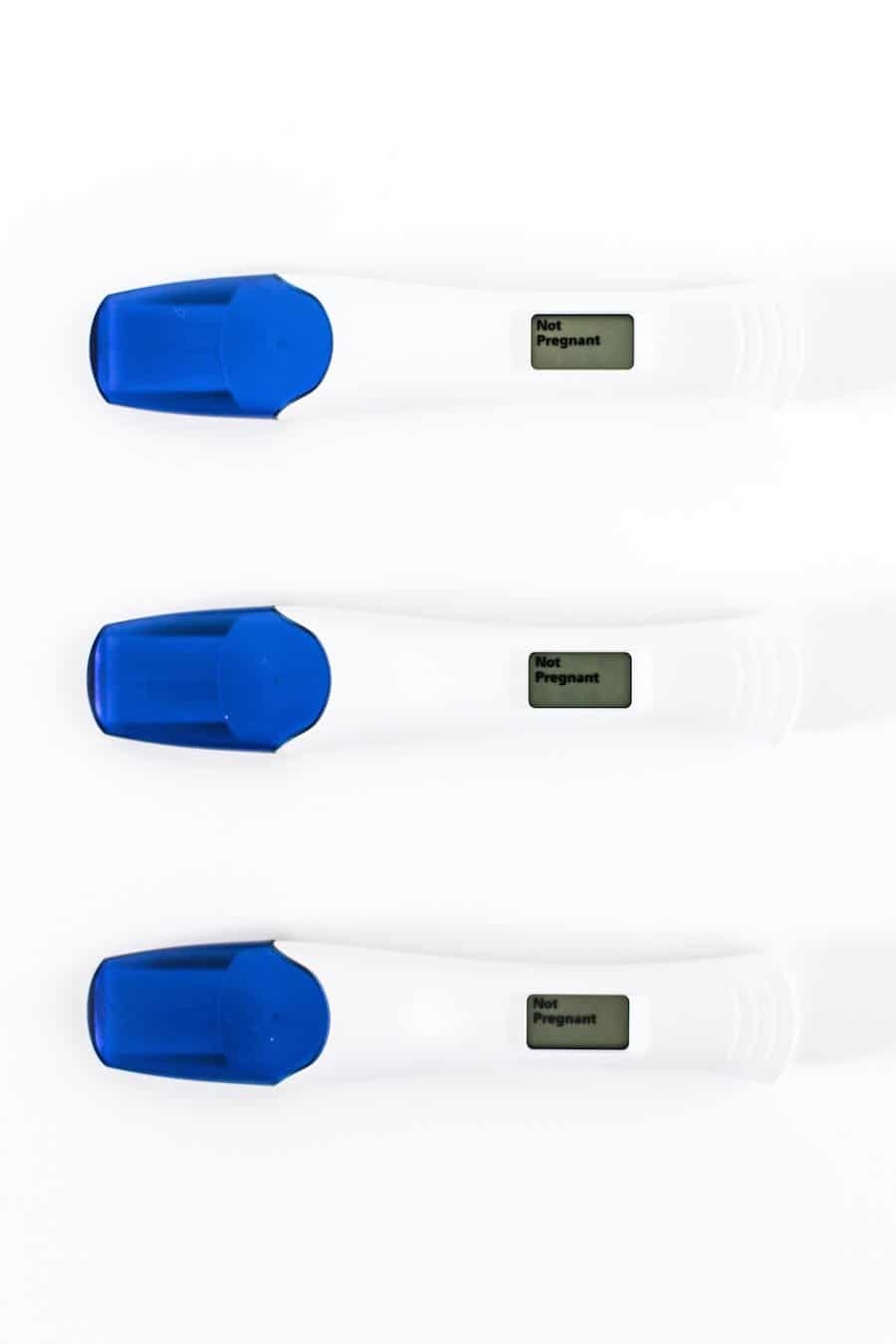 But speaking of stress, infertility treatments are very stressful. I detailed what we went through to get pregnant in this Infertility Part I post and this follow-up, Infertility Part II post. It was a lot, and even with all the doctors’ appointments and medications, I know it wasn’t even half as much as what some couples go through to get pregnant. We were lucky to get pregnant using Intrauterine Insemination (IUI) on our second try and didn’t have to go as far as In Vitro Fertilization, which is much more expensive, invasive, and time consuming. 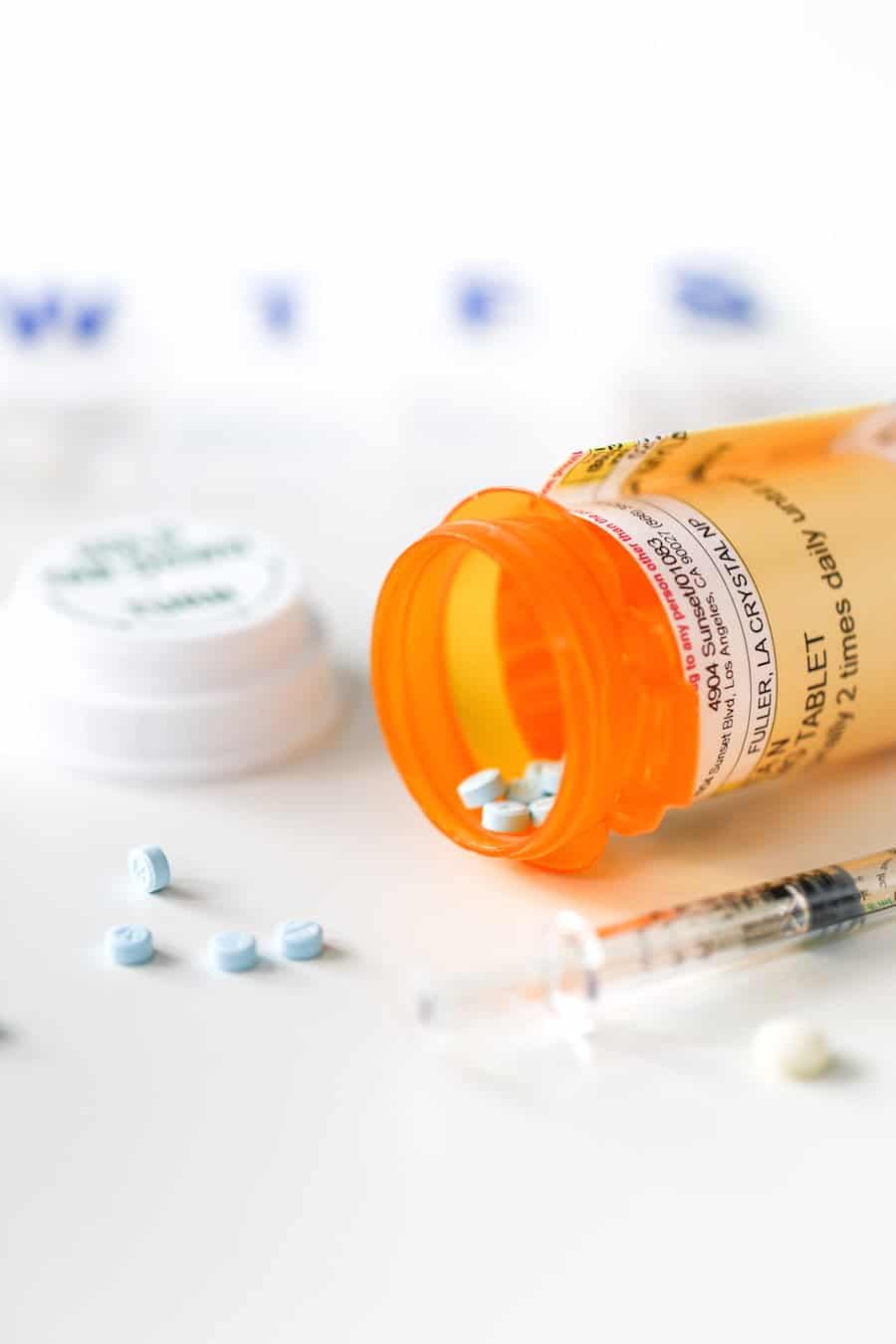 So, with having the twins and their schedules and the laundry and the dishes, etc., I just don’t think my husband and I could go through the stressful and time consuming infertility treatments of a medicated IUI again. Plus, I would be terrified of getting pregnant with twins again!! I know of many women with TWO sets of twins! They are my heroes (along with triplet moms), but I really don’t want to do twins again! With the increased risk of twins due to my age (women drop more eggs as they get older) and infertility treatments, it makes me want to say no to a medicated IUI.

Instead, I think we’ll just have my husband get checked out again by doctors in order to determine his sperm count and mobility and then have him go on prescription medication in order to increase his counts again if needed. It worked last time! I just won’t take any medication to increase my number of eggs. Basically, instead of throwing a bunch of darts at a lot of dartboards, next time we’ll hopefully throw a bunch of darts at just one dartboard.

So, all that said, it takes about three months from when a man starts taking medication to improve his sperm count in order to start to see results, so we’ll probably plan for me to get checked out by a reproductive endocrinologist and then start taking prenatal vitamins about 3 months before my husband starts taking his medication (so 6 months before we start trying). 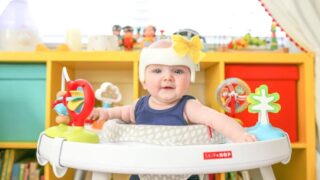 ← Previous
Doc Band Cranial Helmet with Before and After Photos 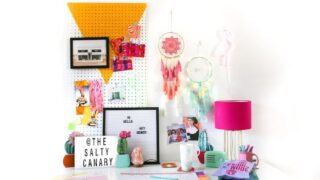 I am currently 3 months pregnant and have 7 month old twins. The twins came after 9 years of trying and several rounds of ivy so to fall pregnant four months after they were born was a huge shock to the system. I was completely happy with the family we had and although we are both now over the moon to be welcoming another little miracle into our lives, i’m Also completely terrified.

Currently pregnant with my first child, a daughter, and it's funny how differently people can think about family size. I grew up as the oldest of four kids, and as much as I love all my siblings, my family would have been much better off in many ways if my parents had stopped after two. It sounds mean, but I always envied kids I knew who had only one or two kids in the family. They didn't have to share bedrooms, had better toys, and had less stressed-out parents. My husband is an only child, and he thinks that we should only have one. He talked me into the one (I didn't originally want any), but I worry that she'll be lonely and miss out on the sibling relationship. He has no idea what it's like to have siblings, and I guess neither do you or your husband. Sometimes I liken it to the relationship soldiers who went through war together have, haha. (You're right about the monsters causing chaos part!)

Did you like being an only child? Do you/did you wish you had siblings?

Hey Rachel! Thanks for reading! Yes, family size is such a personal preference! Both my husband and I loved being only children - we were never lonely or missed the sibling experience and never wanted a brother or sister, but since we have such a small family, we just felt that having only one or two kids would deprive them of blood family relatives. I mean, we have our friends as our chosen family, and we do just fine with having a small family, but I just feel as though our immediate family has gotten so small that we need to add one more to it. But not two more! Ha!