A couple weeks ago, the Mister and I went up to Portland to I could attend a blog conference and then we drove up to Seattle to visit with a bunch of friends. But rather than drive back to Portland via the boring 5 highway, we took the scenic route and stopped for a late lunch in Cannon Beach! 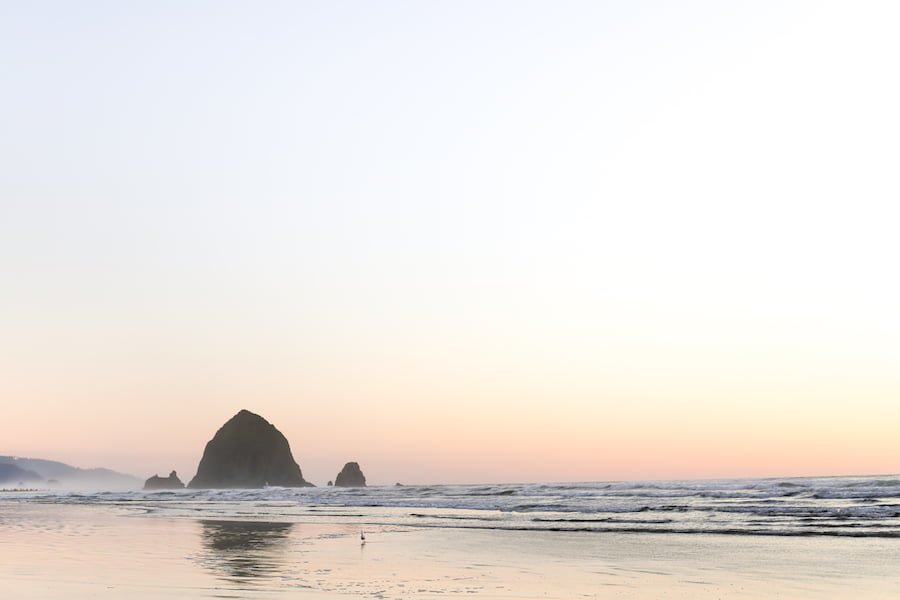 The drive from Seattle to Cannon Beach was STUNNING! I’m so used to the Los Angeles desert and the California drought that seeing all the trees and experiencing a bit of fall weather was amazing! We drove through forests, over rivers, over the neatest bridge from Washington to Oregon into Astoria and even stopped in Seaside for a bit of antiquing!  Also, I loved that the area knows they are in Goonies territory and hosts a Goonies movie night with a costume contest! 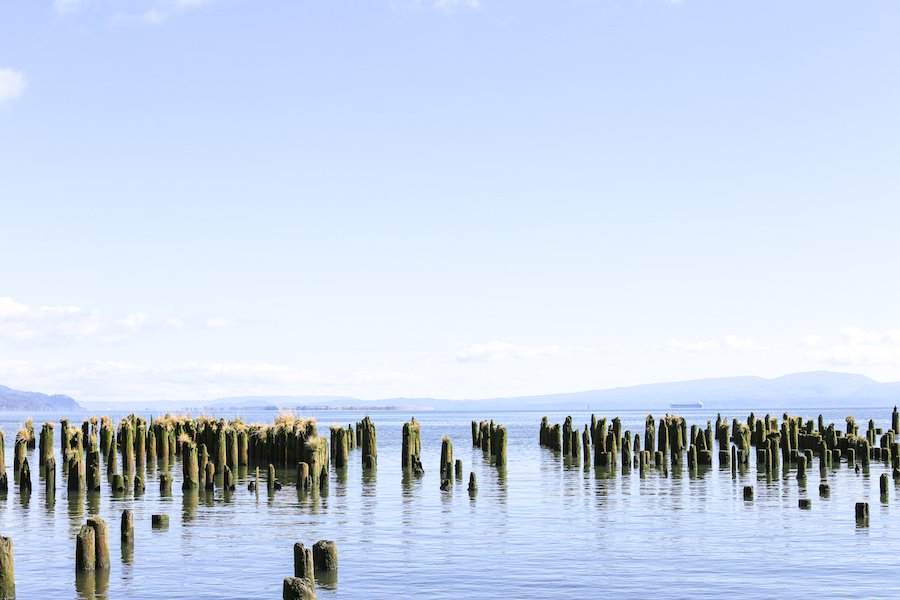 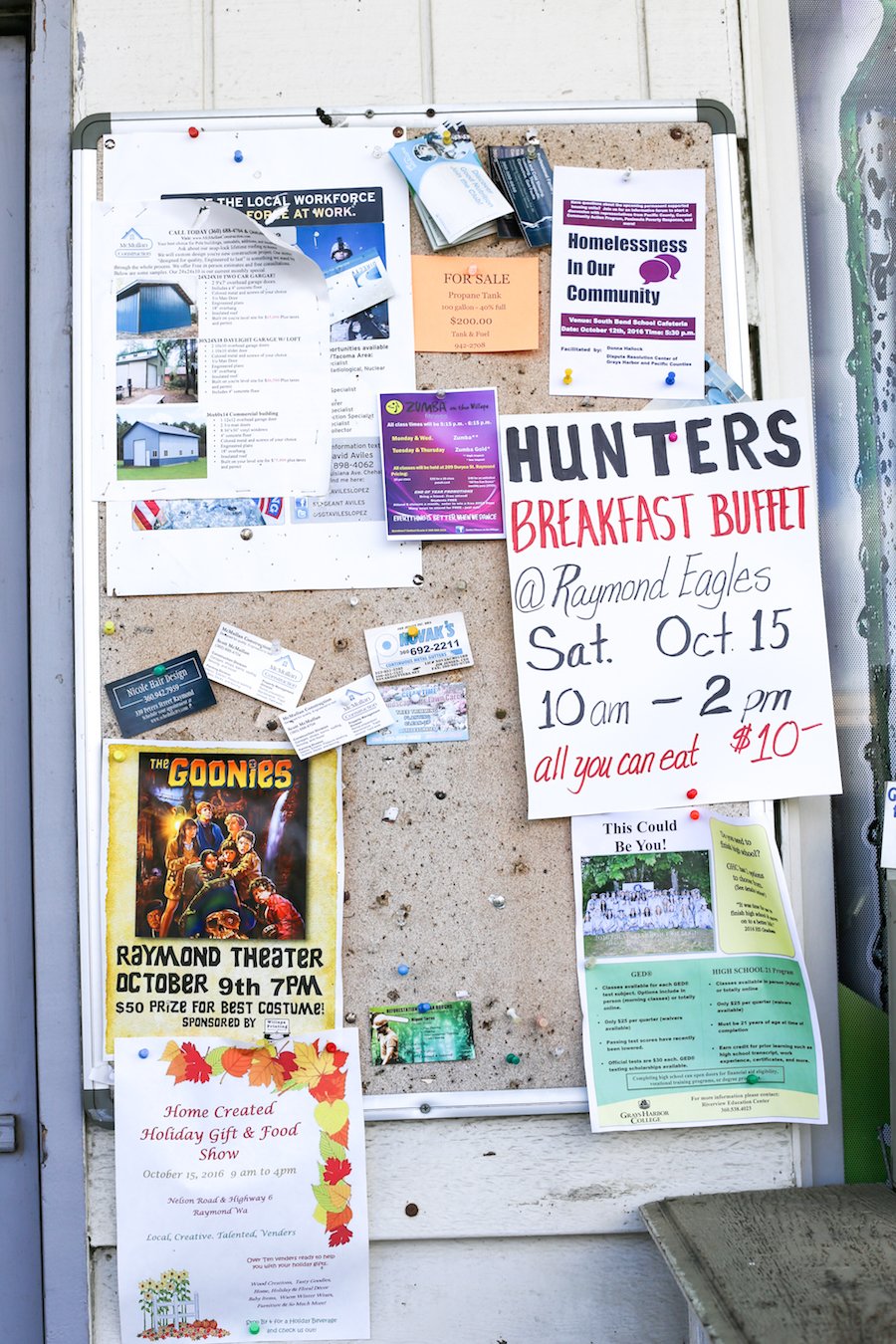 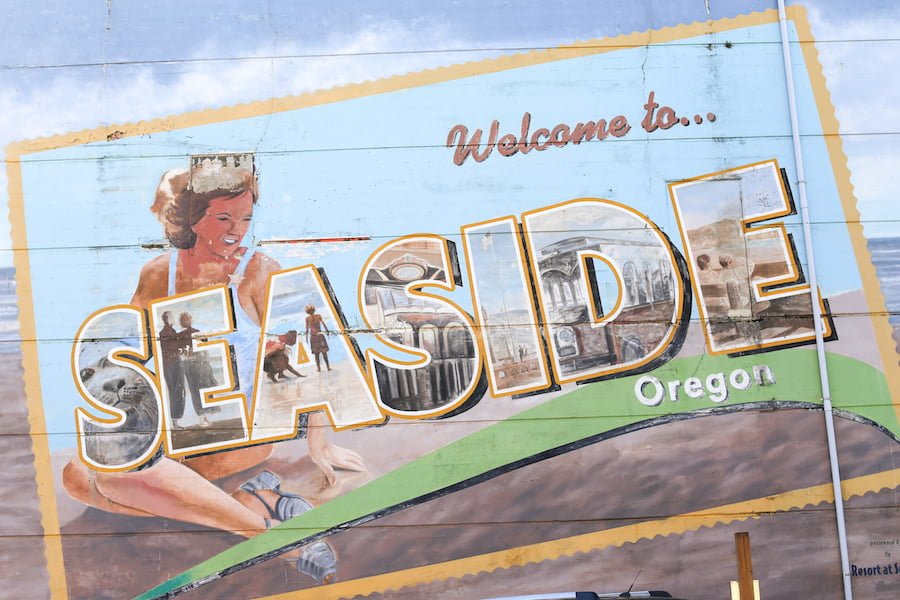 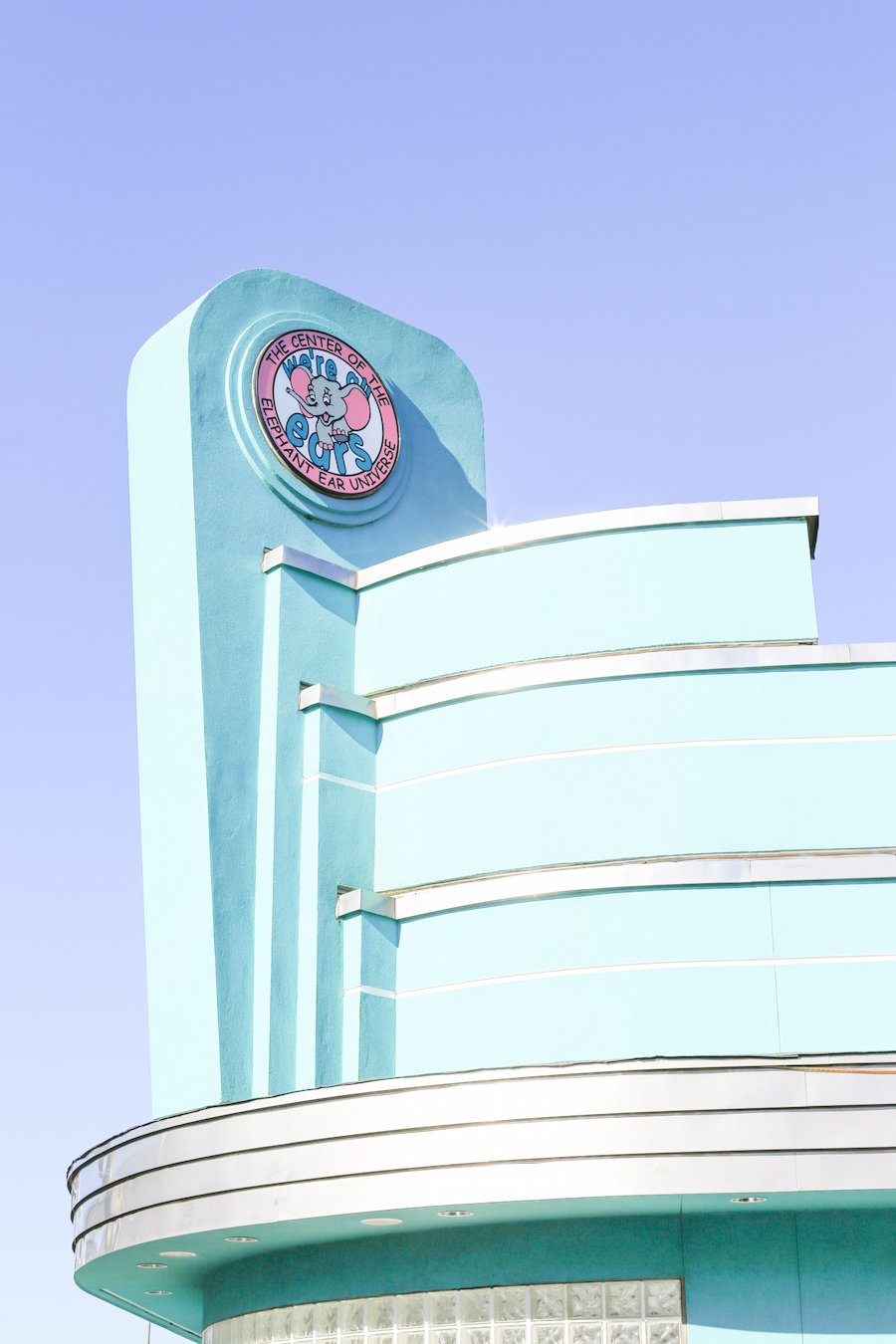 Around 1ish, the Mister was starving, but I told him to suck it up because we were going to Cannon Beach for lunch so we could eat at the Wayfarer Restaurant and stare at Haystack rock! He grumbled a bit and I had to share some of my popcorn to hold him over, but we made it and we got the best seat in the restaurant – a booth in the very corner with a great view of the beach and Haystack Rock! Thanks again, Emily, for the recommendation! Ken had the hot Dungeness crab sandwich topped with Tillamook cheese (the town of Tillamook is about an hour south and I wish we could have gone!) and I had the cheeseburger (of course!) also topped with Tillamook cheddar cheese! So glad we waited for lunch! 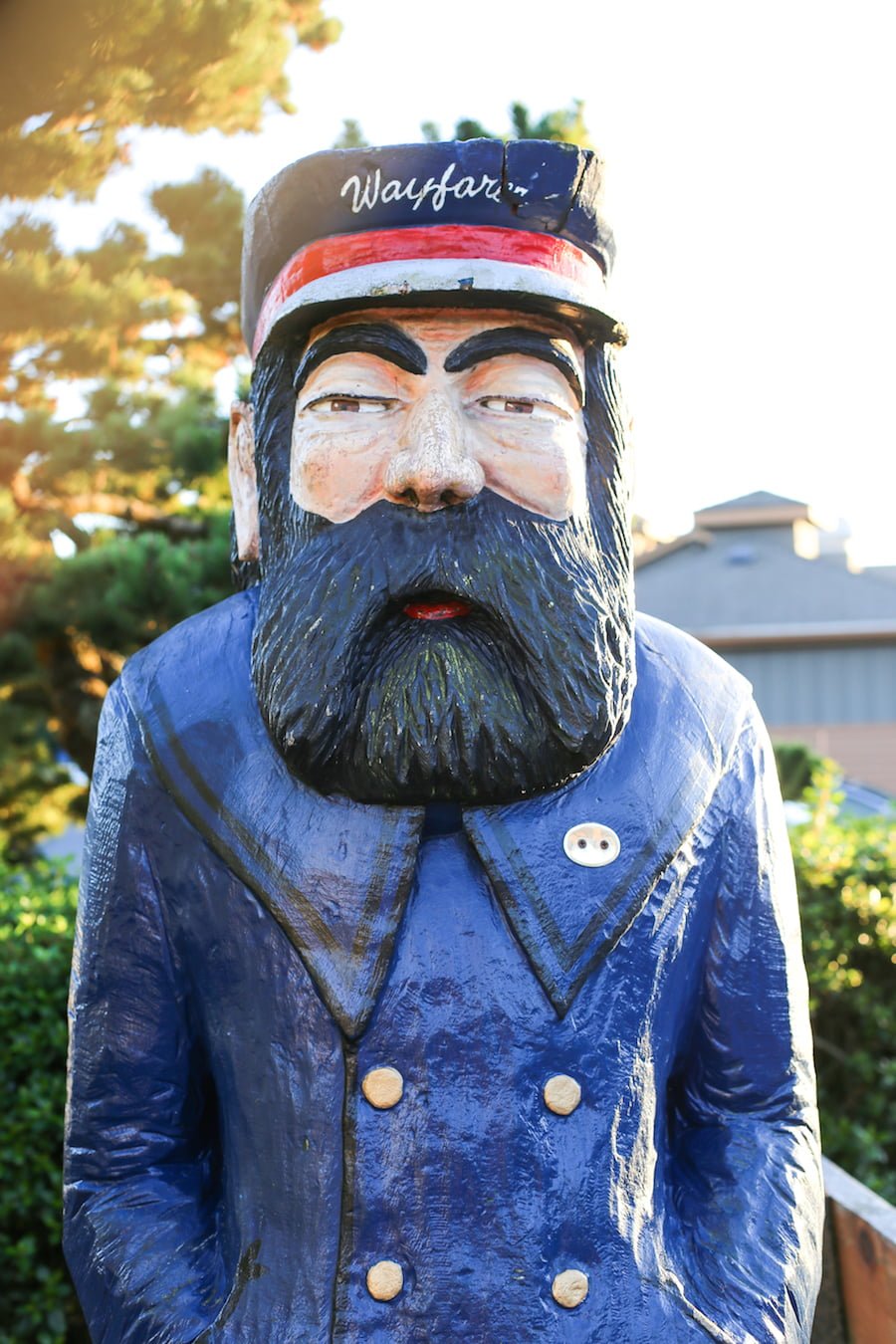 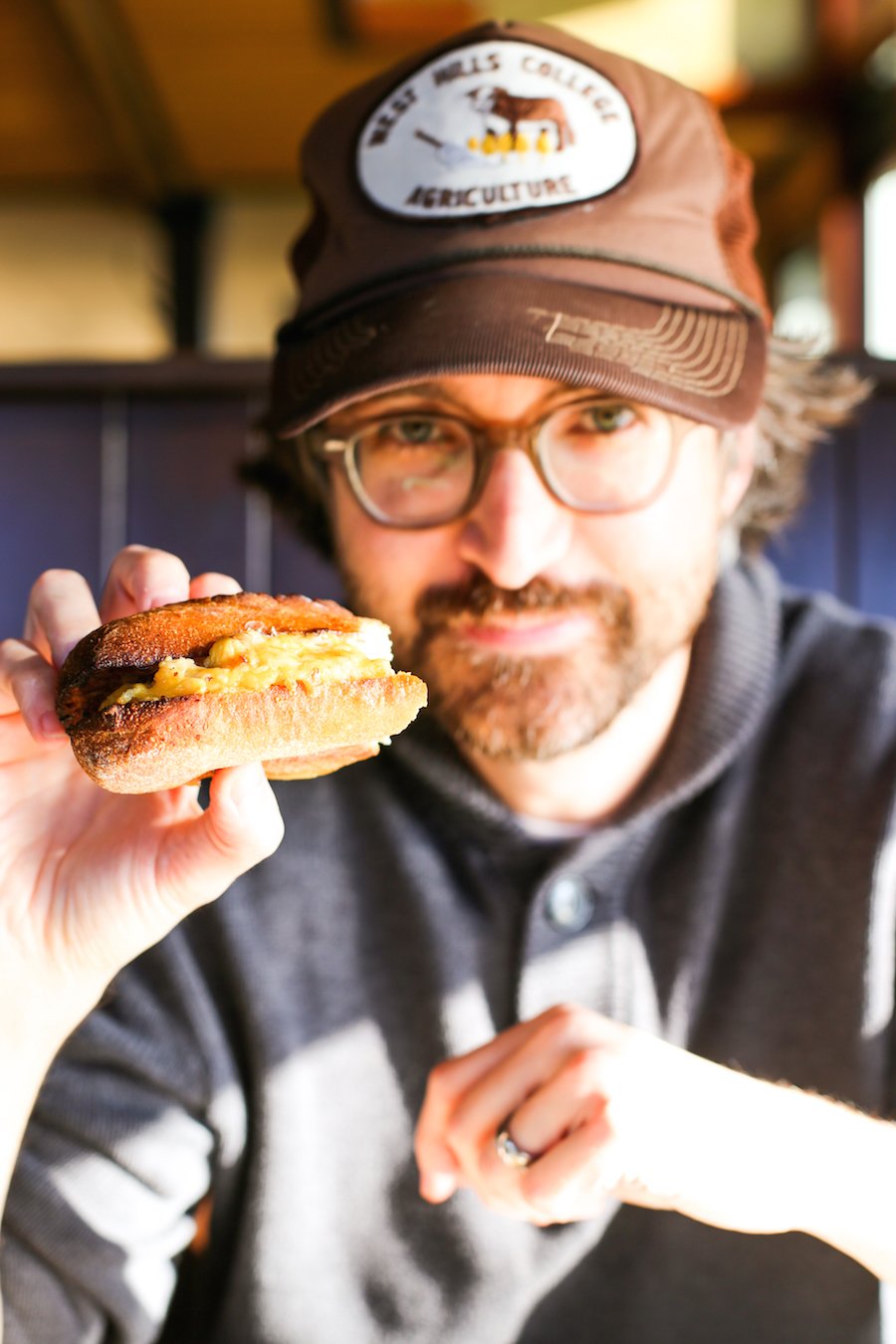 After lunch, we went for a long walk on the beach and stared at Haystack rock, the other rock formations, and found a bunch of dead things washed up on the sand. You can’t tell from the photos, but for a Monday in October, there were a ton of people at the beach, but I bet it was much, much quieter than usual! 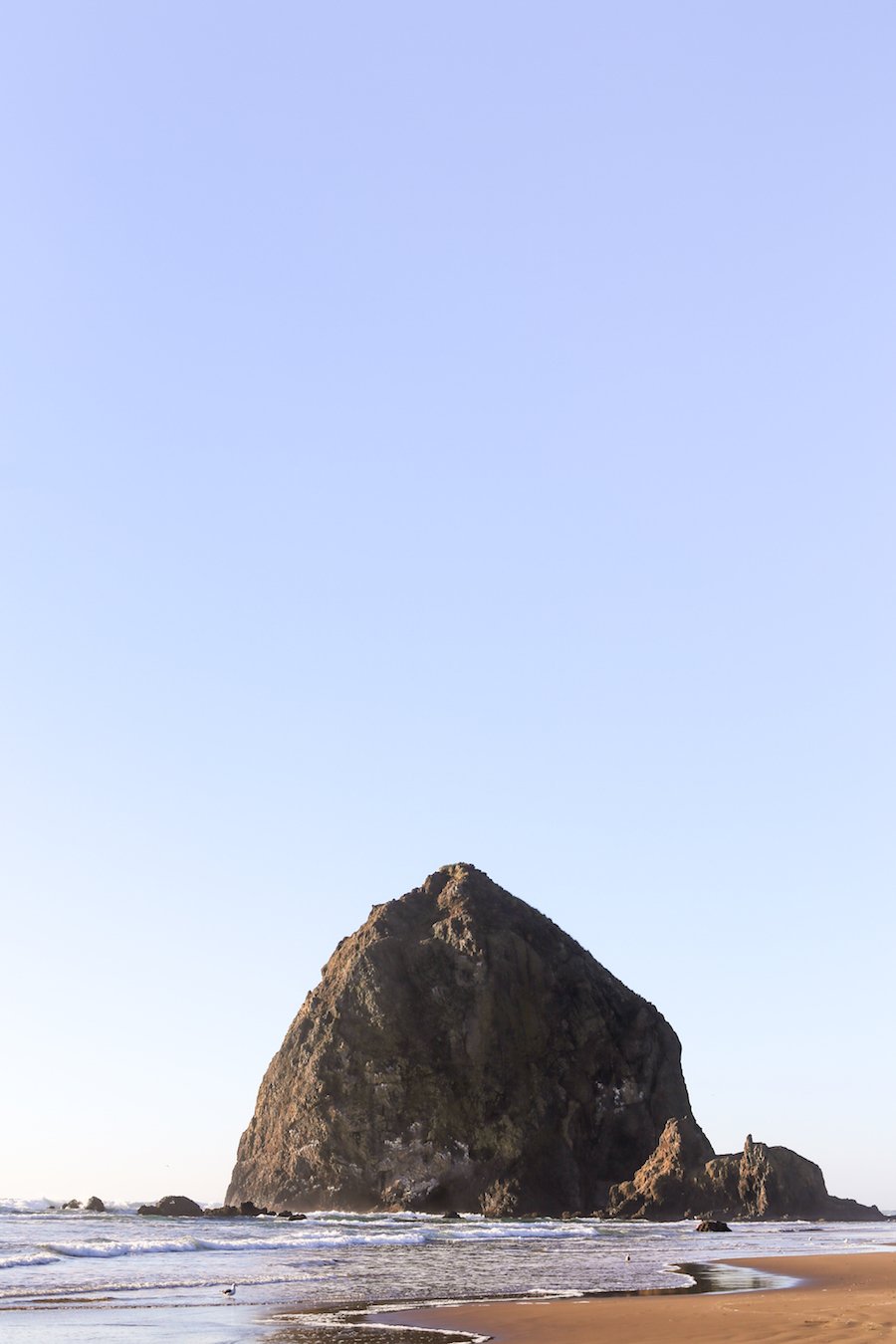 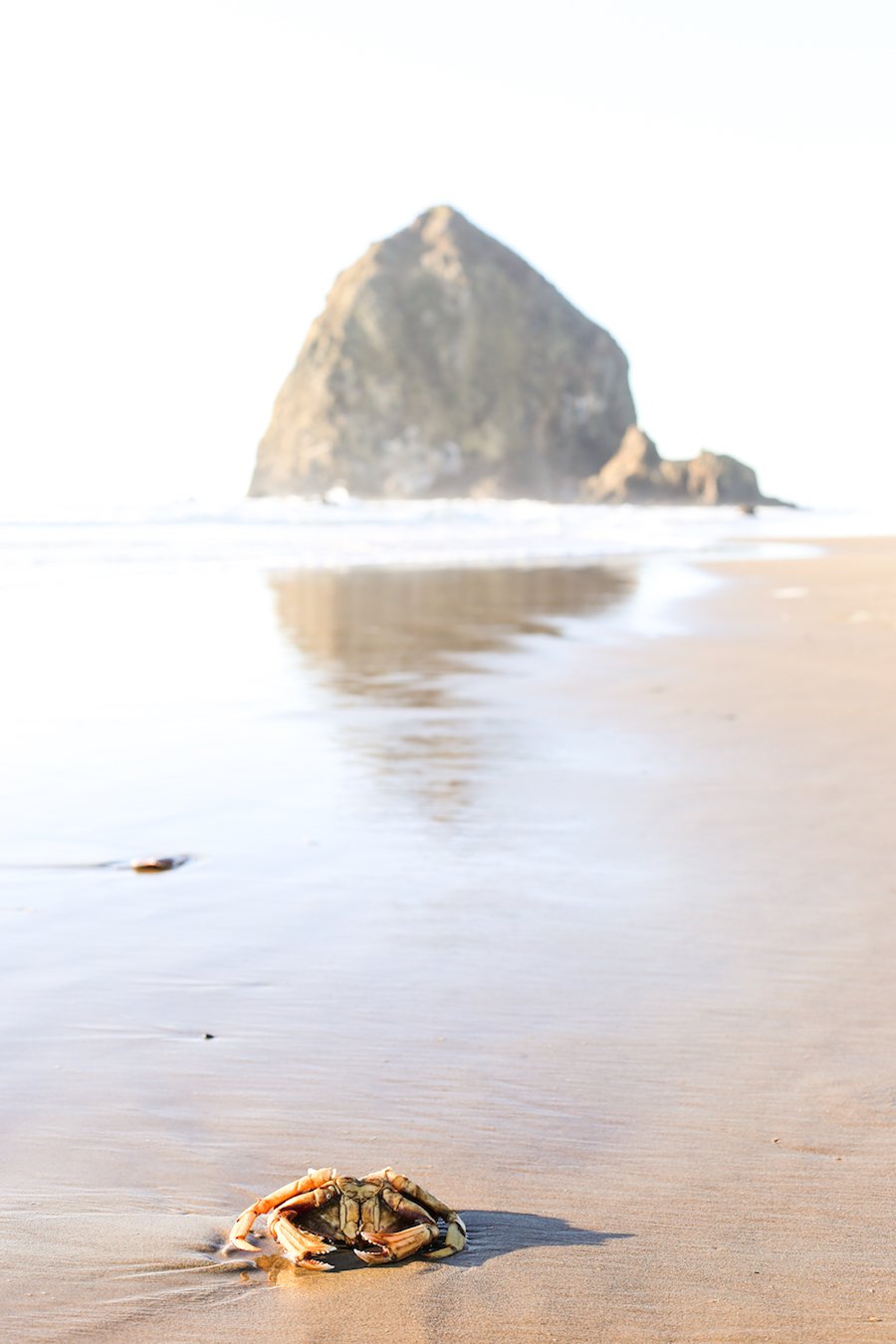 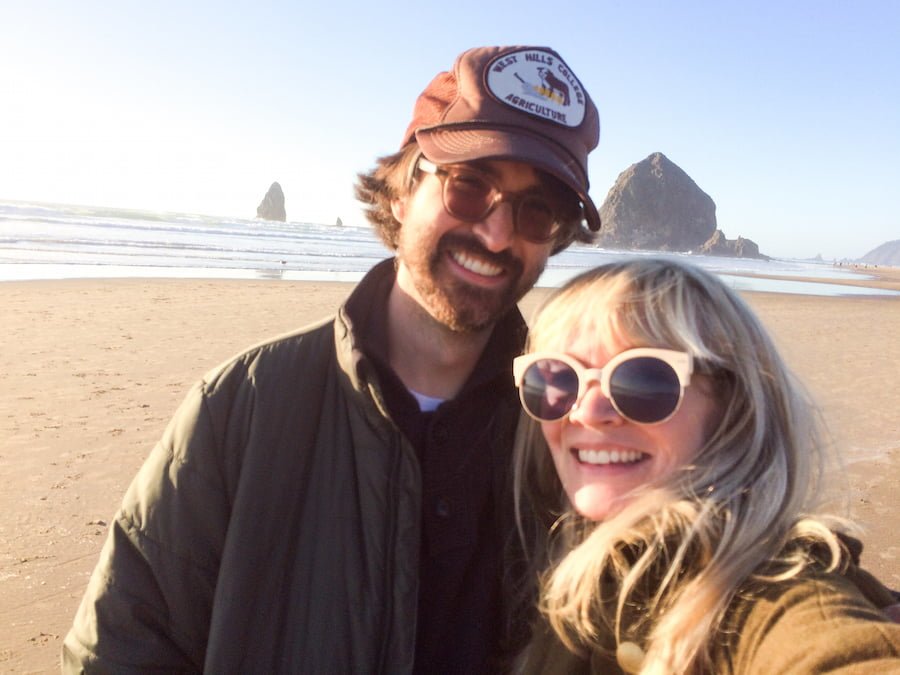 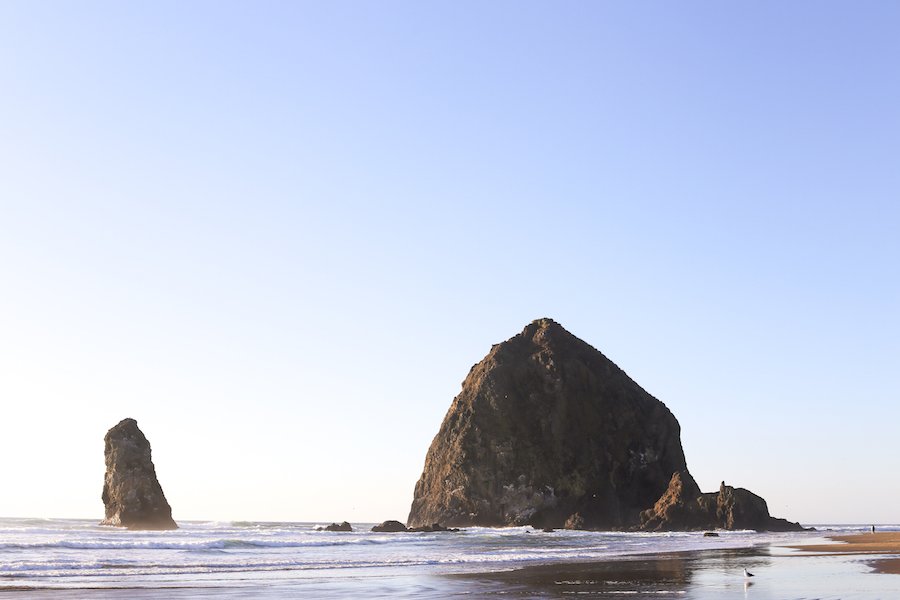 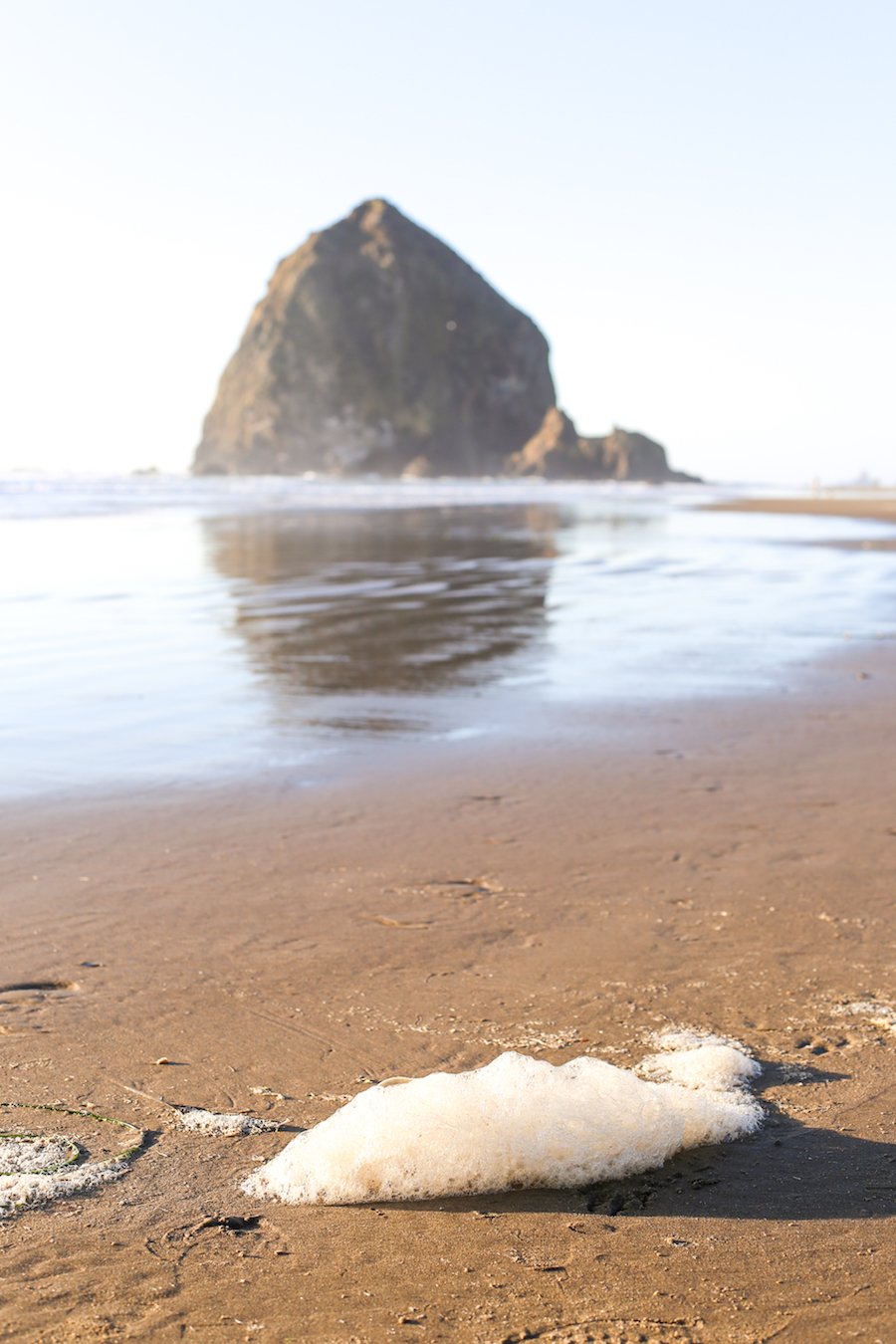 I really wanted some “far-off” shots of Haystack rock, so we jumped in the car and drove through the main drag in town to see if we could grab an ice cream before all the shops closed and look for another beach access. We were too late for ice cream, but the town looked SO cute! I loved the candy shop and the Creperie! (Much better than Seaside which looked like Cannon Beach’s cracked-out sister with literal crack heads working in some of the shops and weird townie drivers.) We walked through town a bit before taking some steps down to the beach to watch the sunset! 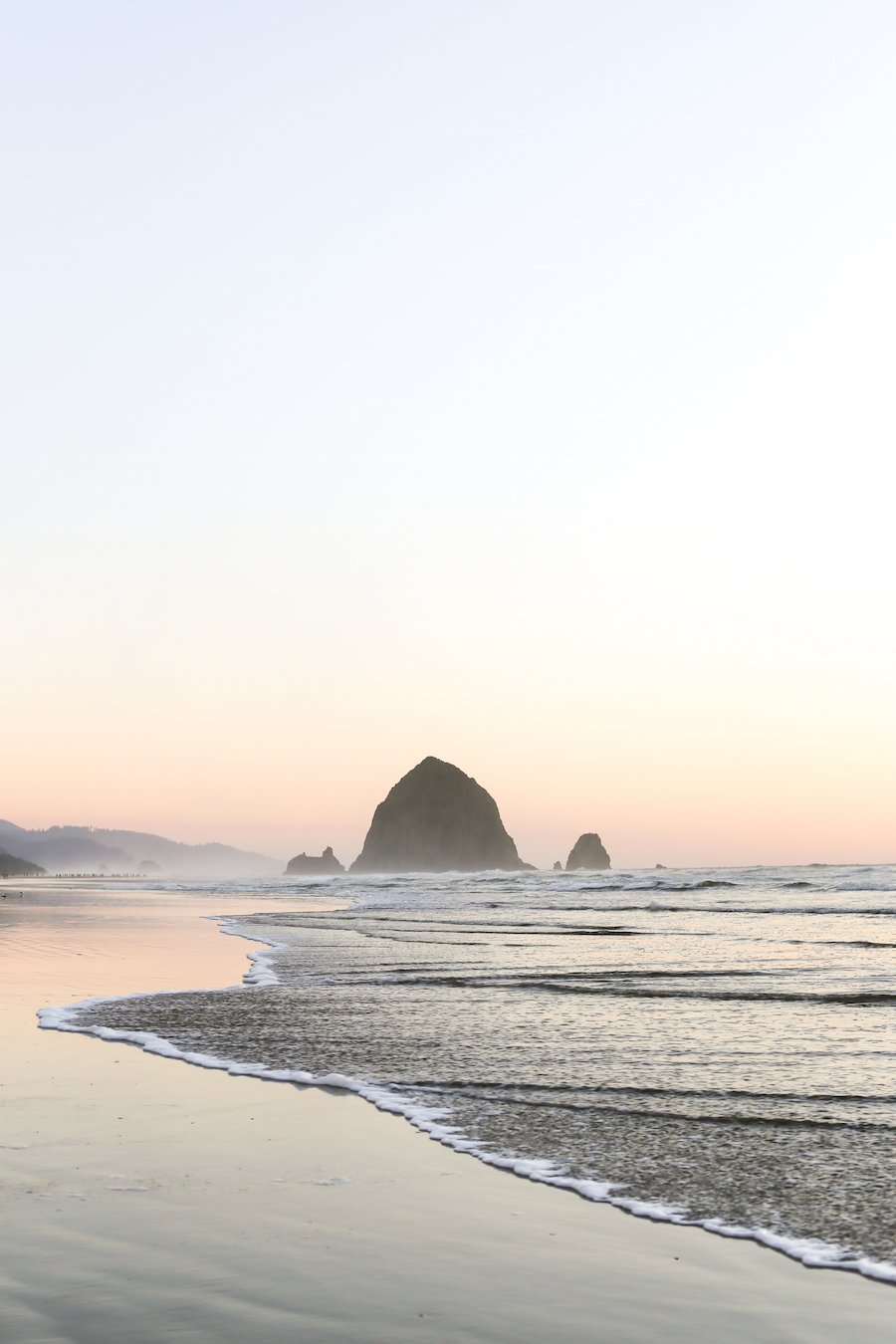 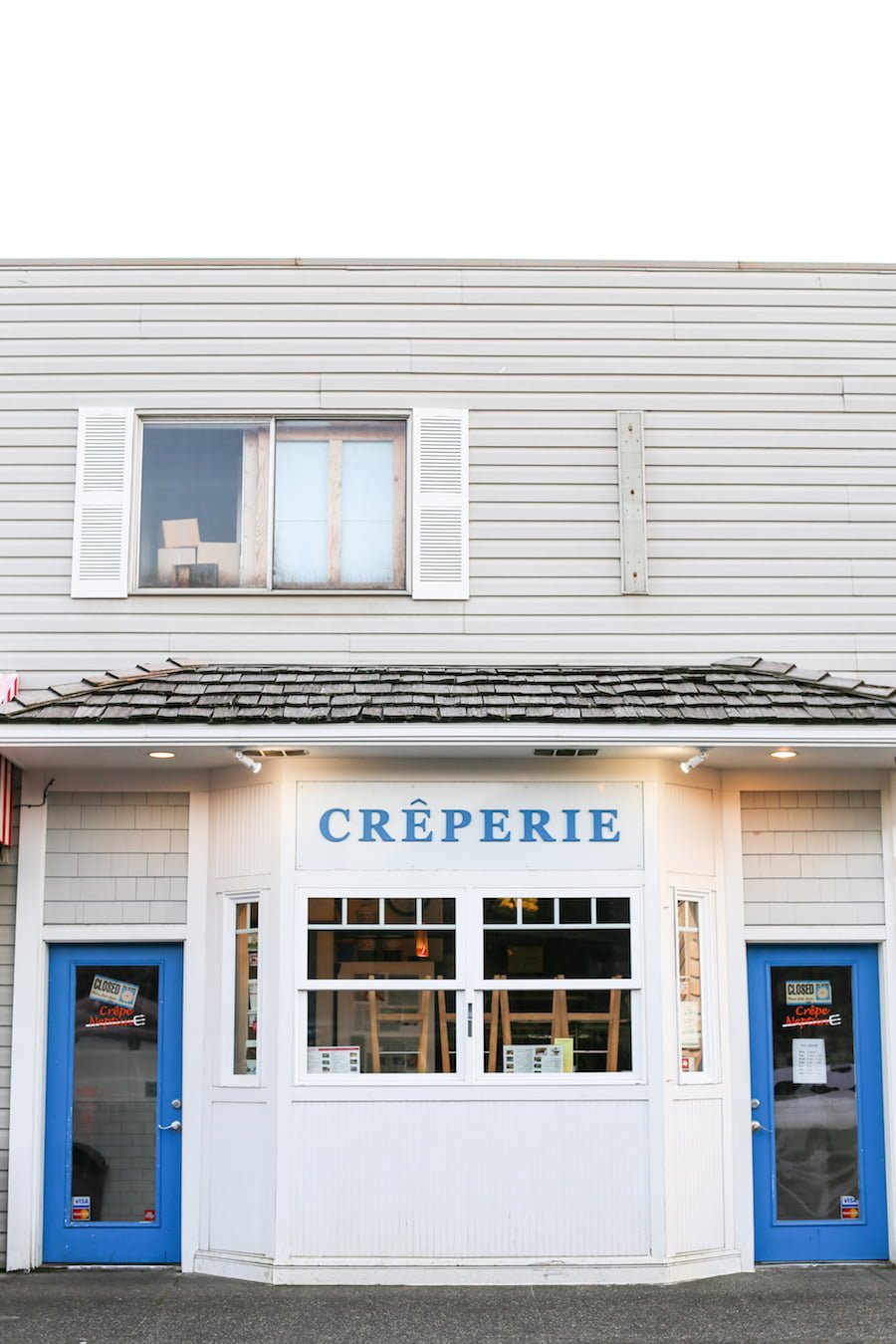 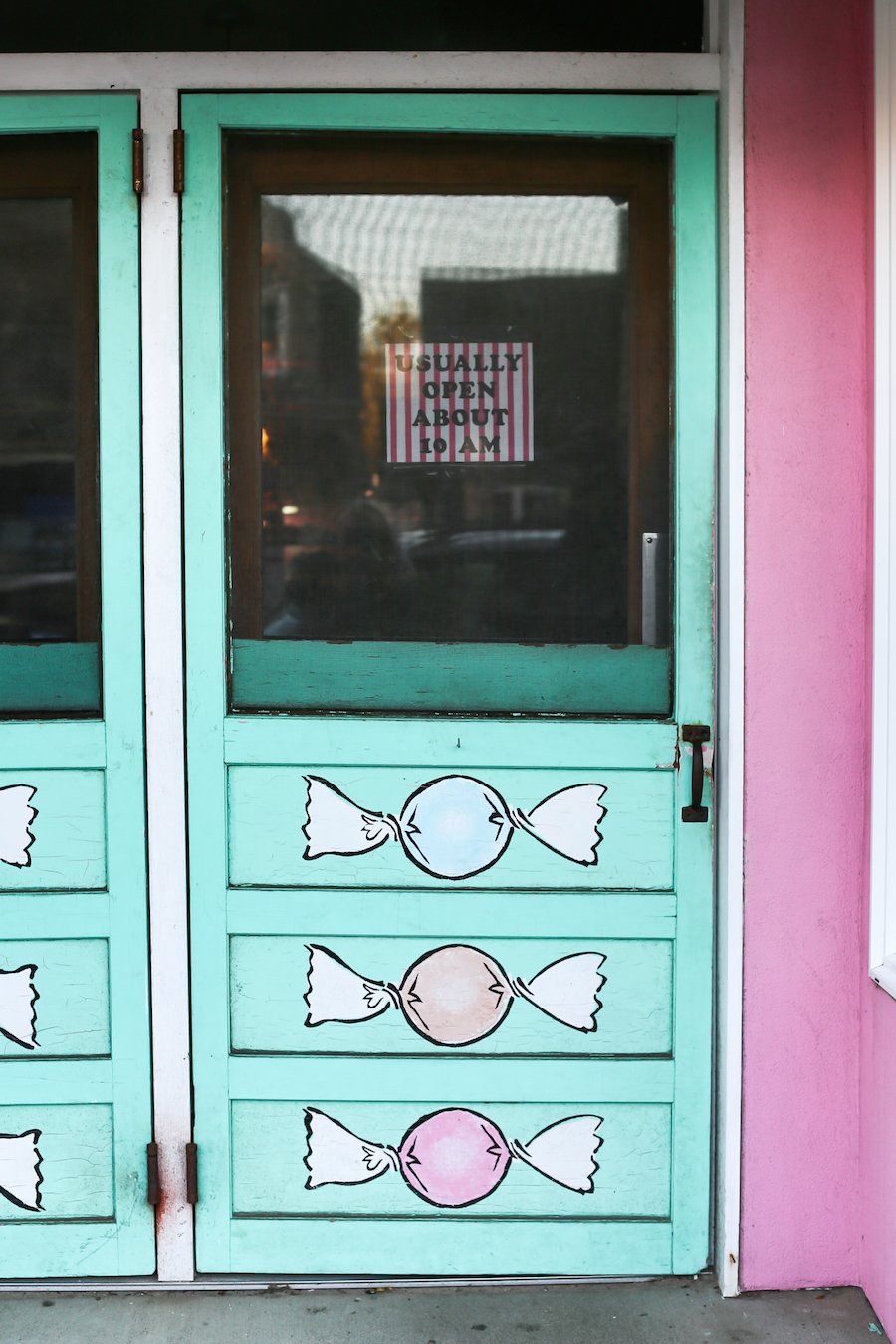 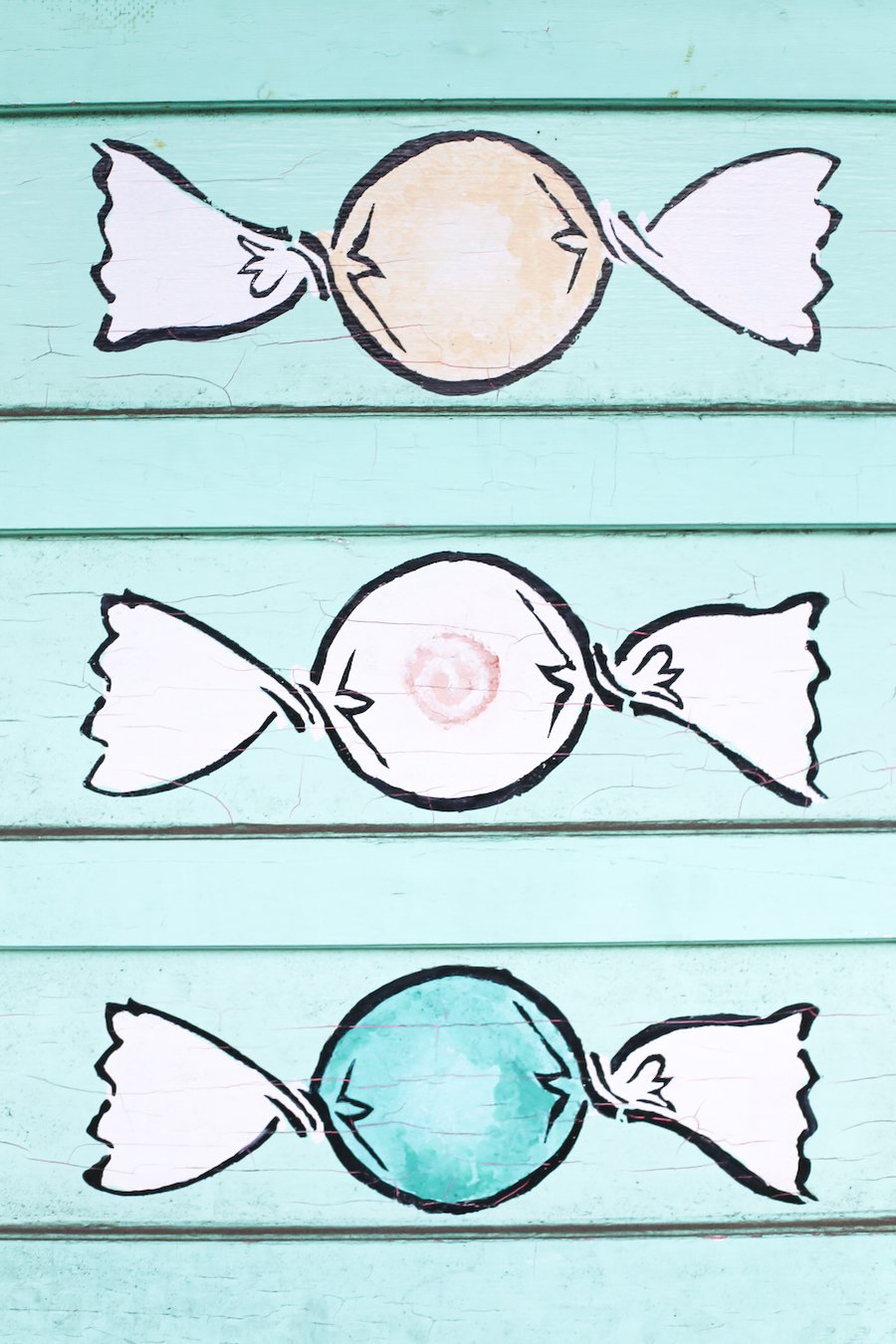 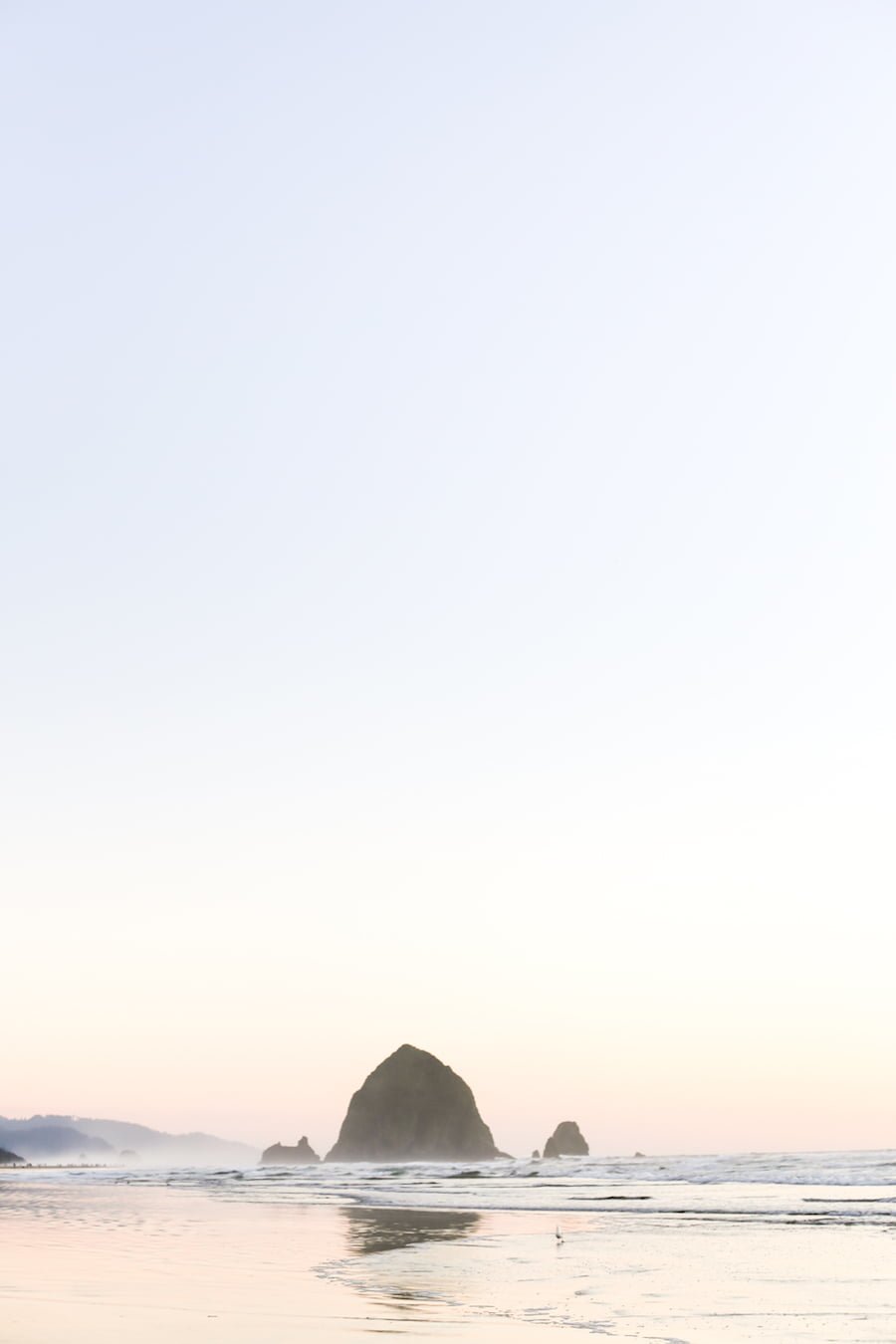 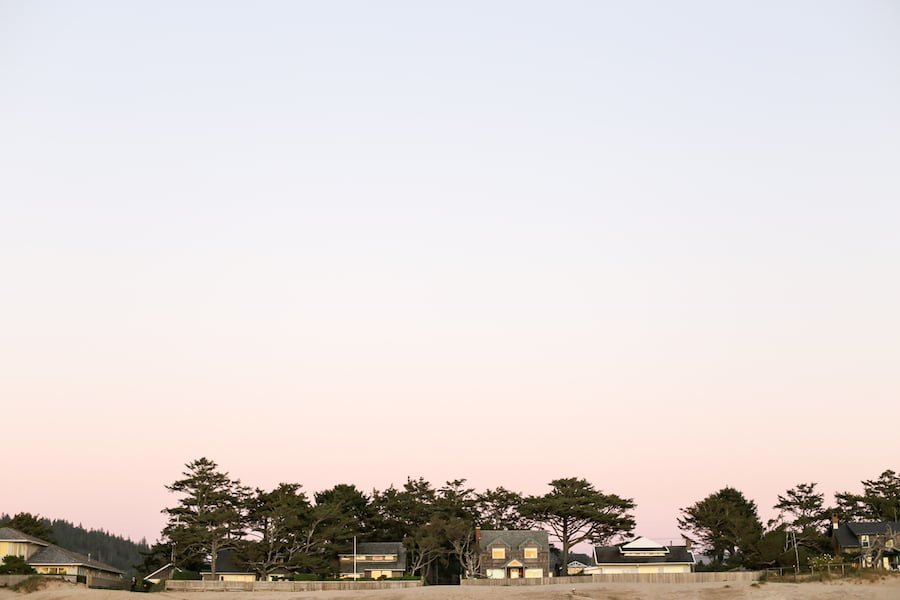 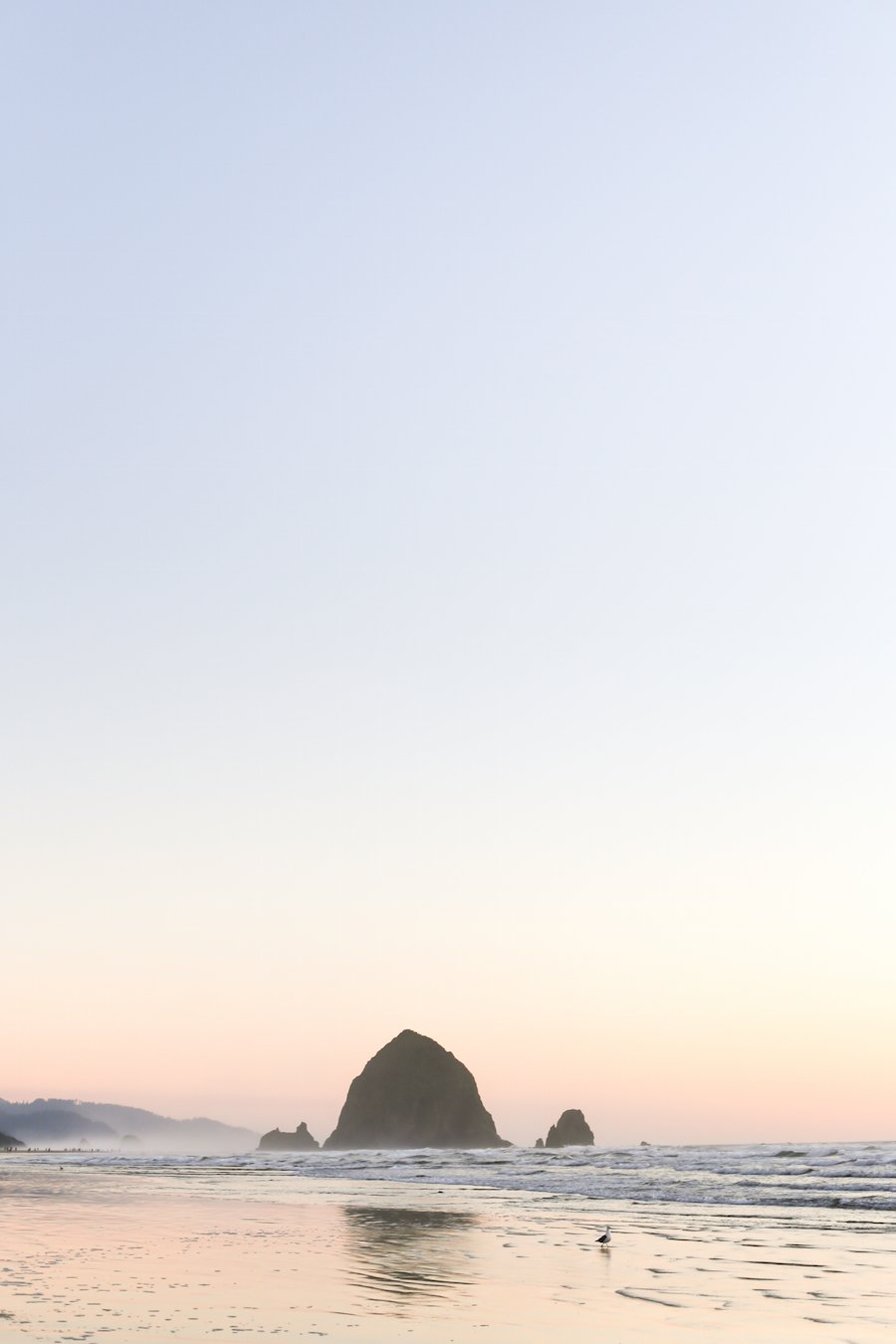 Then we hopped back in the car and drove the hour and a half back to Portland for a few more days of exploring, hiking to see waterfalls, and eating donuts! All in all, a great day and a great drive from Seattle to Portland! I can’t wait to go back and spend some more time in Cannon Beach! 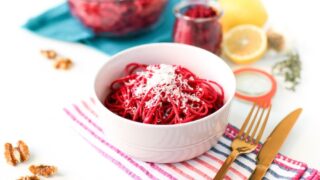 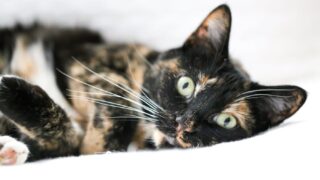