My husband’s family is from North Carolina, so I thought I would make a little southern-style holiday family lunch of Cranberry Chipotle Pork Sandwiches using a traditional western North Carolina BBQ sauce which is ketchup based, but with some cranberries and chipotle for a little holiday and West Coast kick! 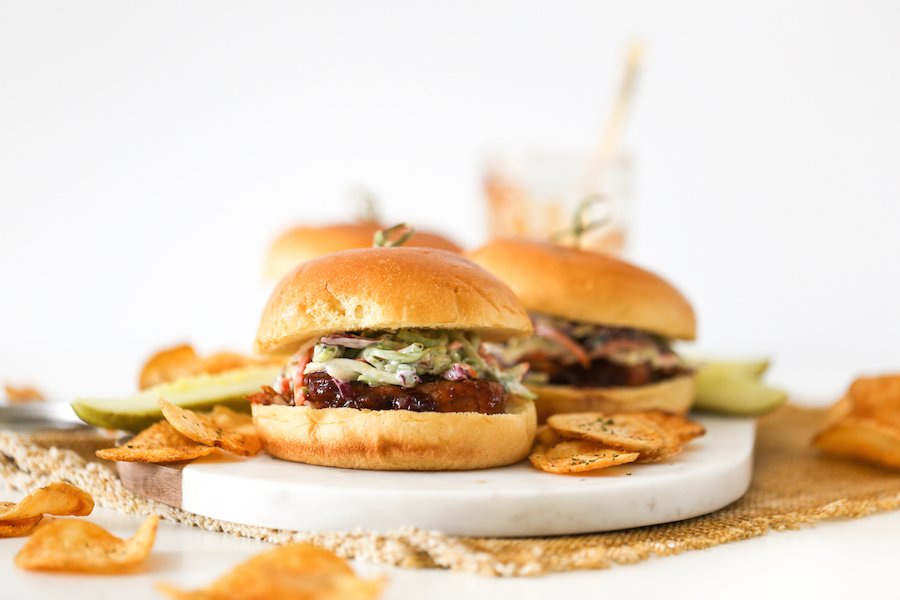 Also, these sandwiches are a quick lunch to make! Instead of being slow roasted and pulled, the pork is quickly cooked and sliced. With the twins, I don’t have time to slow roast anything. Even with a slow cooker, I just don’t have that kind of attention these days, so I have to make something work in about 30 minutes or less. While you can make the entire meal in about 30 minutes, you can also split it into parts. You can make the BBQ sauce a day or two ahead. If you wanted to slow roast the pork, you could. And then you would simply just need to assemble the sandwiches when you’re ready to serve lunch. Or, make it all at the same time! 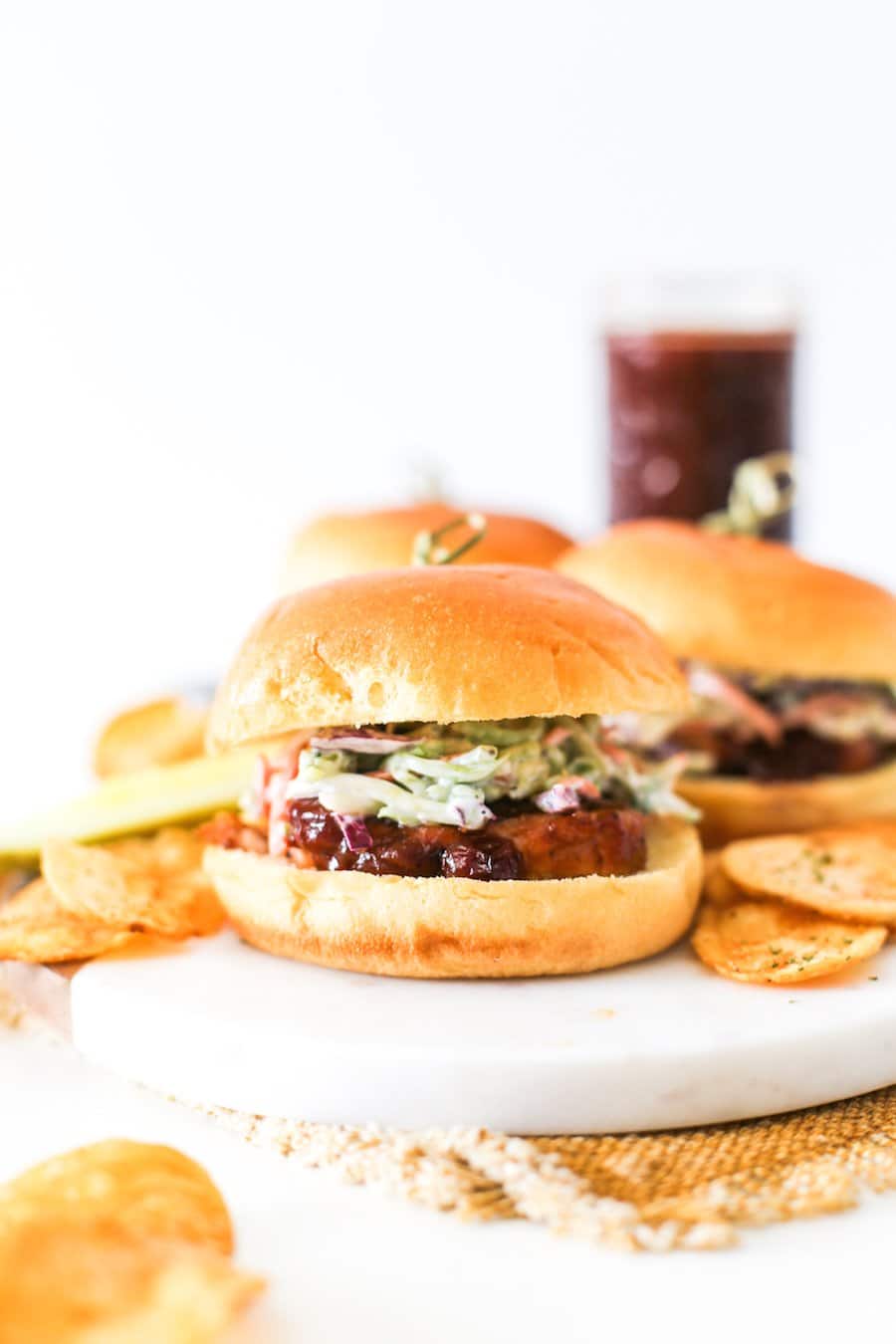 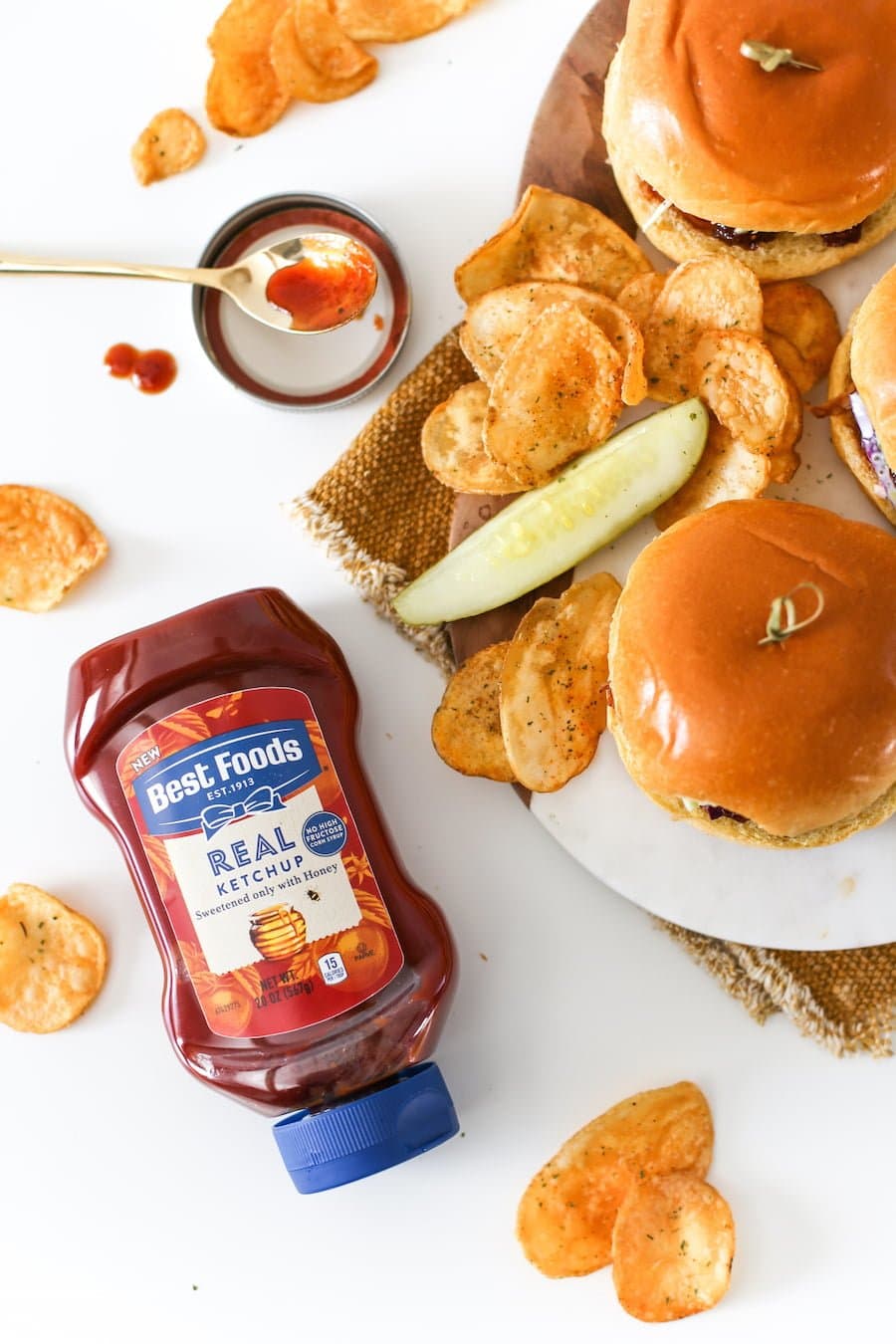 North Carolinians are very particular about their sauce and I did a lot of research before prepping this recipe before ultimately deciding to make my Cranberry Chipotle BBQ sauce from scratch using a vinegar ketchup base. You see, western NC uses ketchup as a base for their BBQ sauce, whereas eastern NC does not. 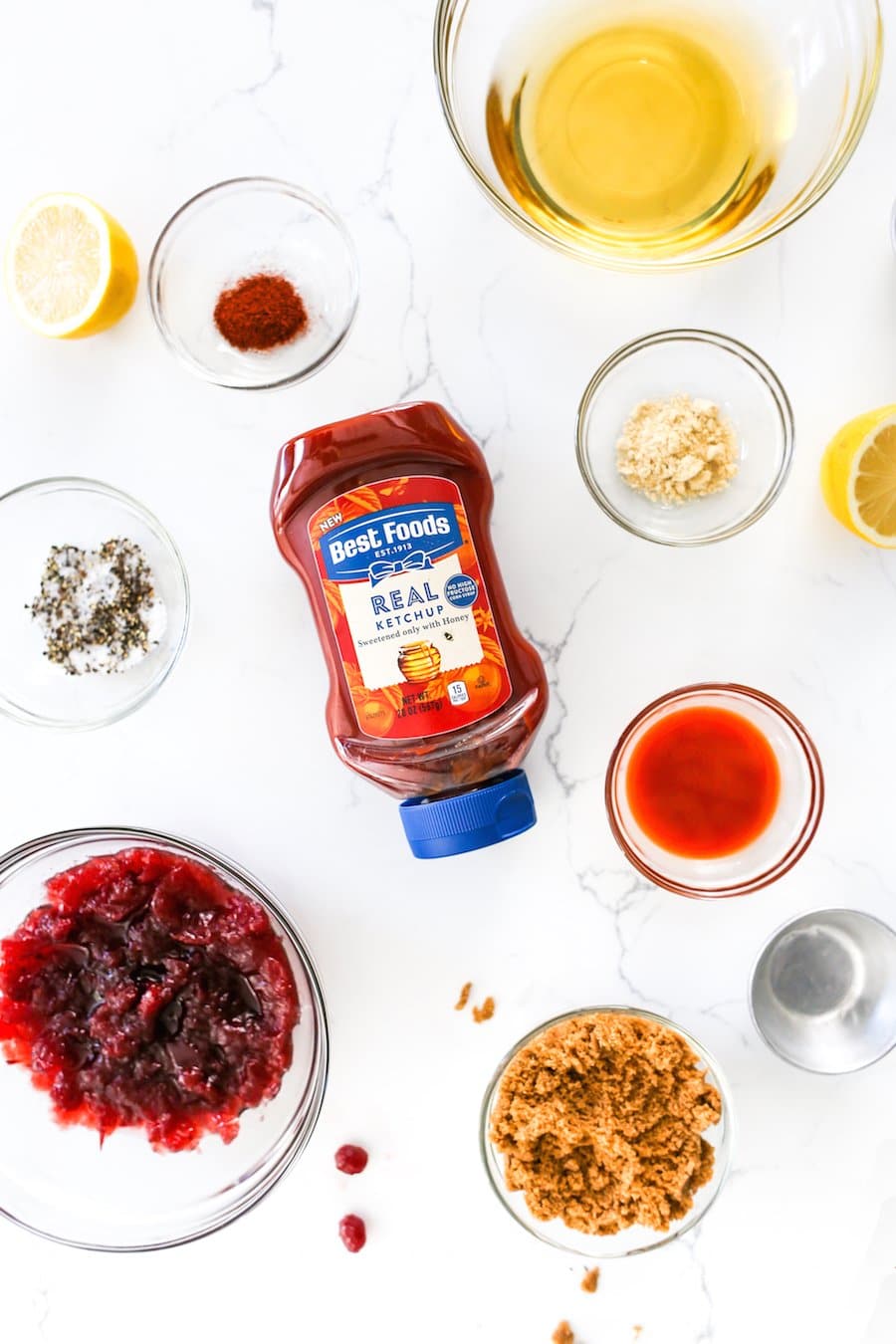 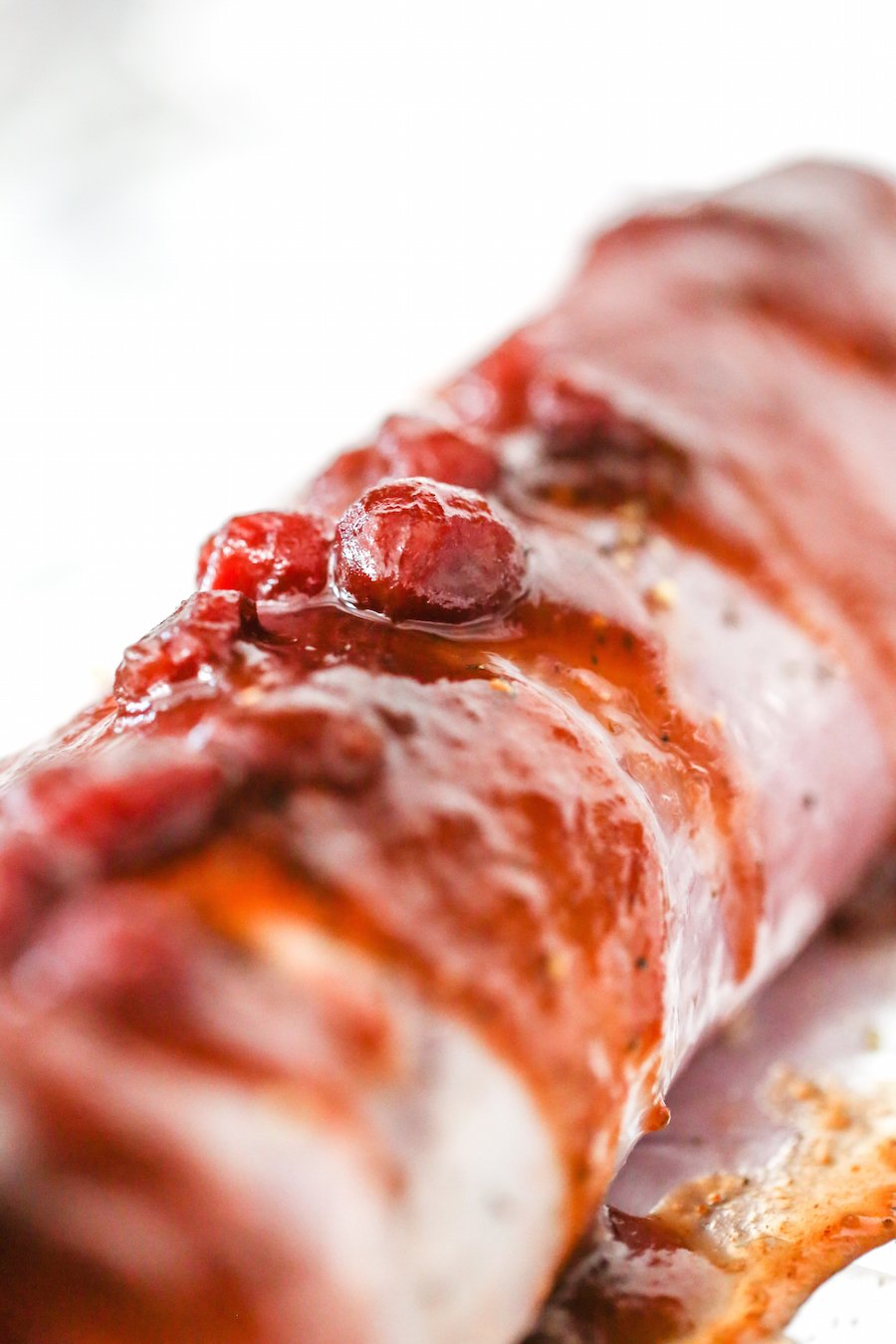 Also, I totally used a pre-sliced slaw mix to top these sandwiches. Sometimes you gotta make something from scratch (like the BBQ sauce), and other times you just gotta get a little help from the store. I technically made my own coleslaw, because I mixed all the ingredients together myself, but getting the veggies pre-sliced really helps when you’re trying to prep a quick meal! 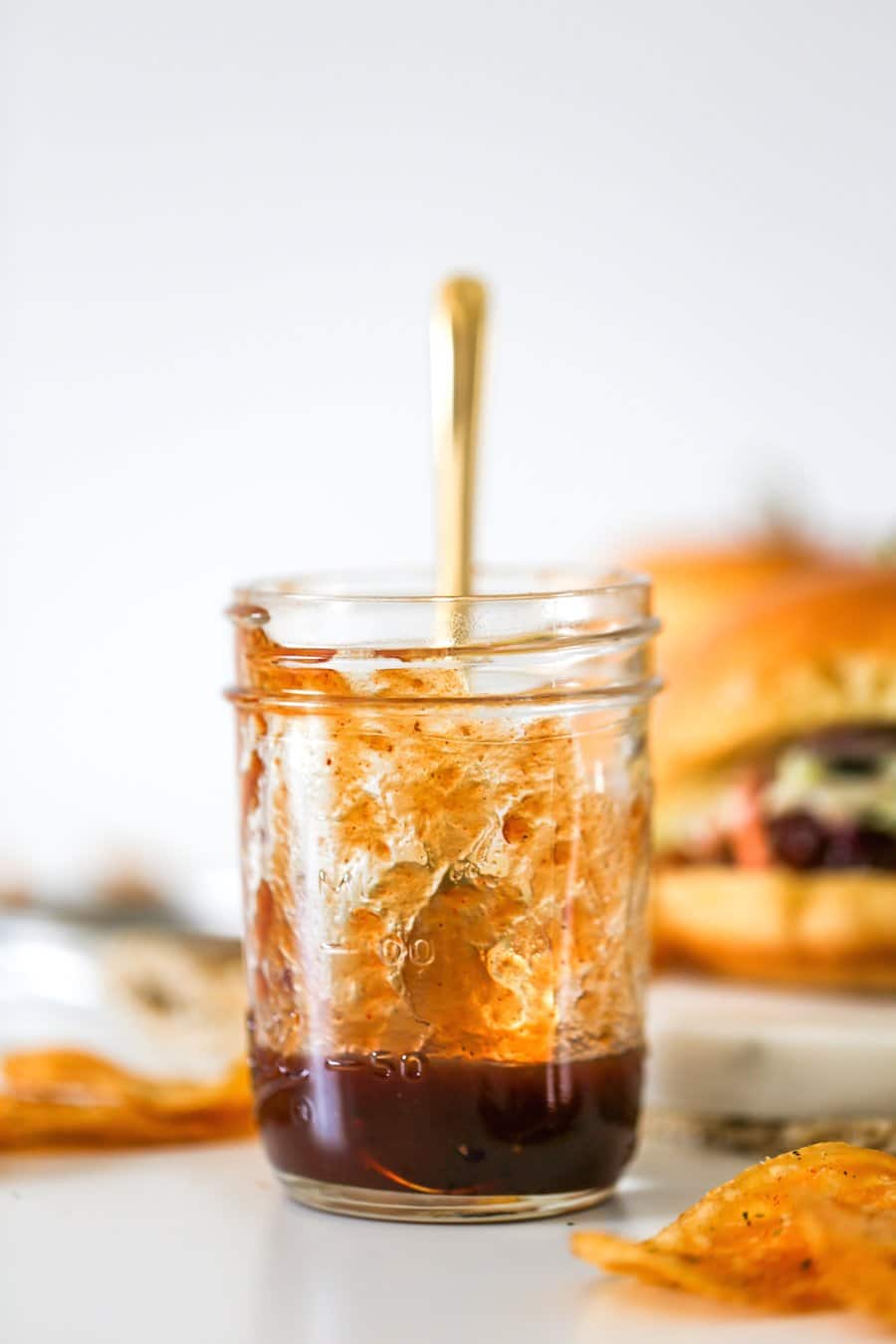 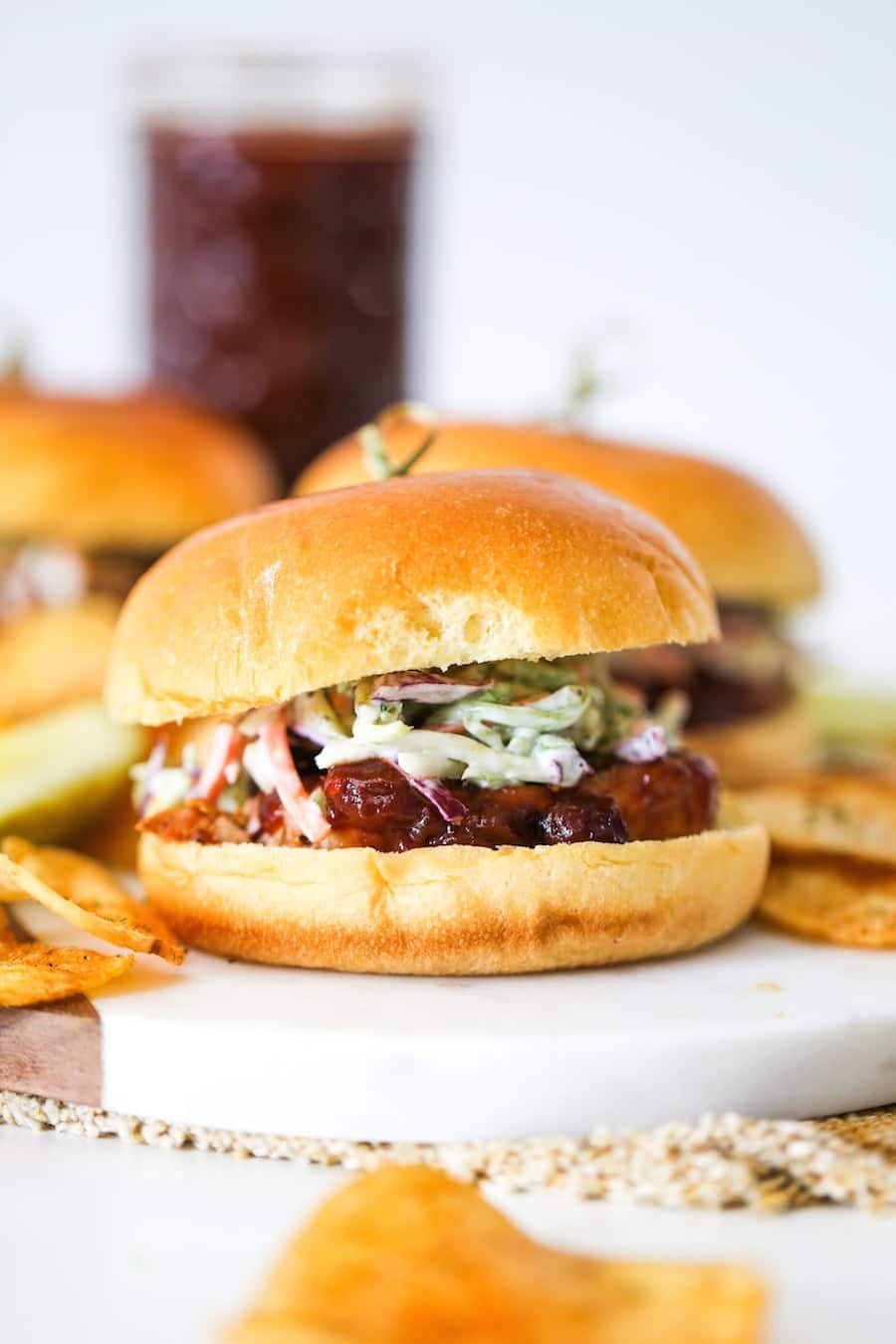 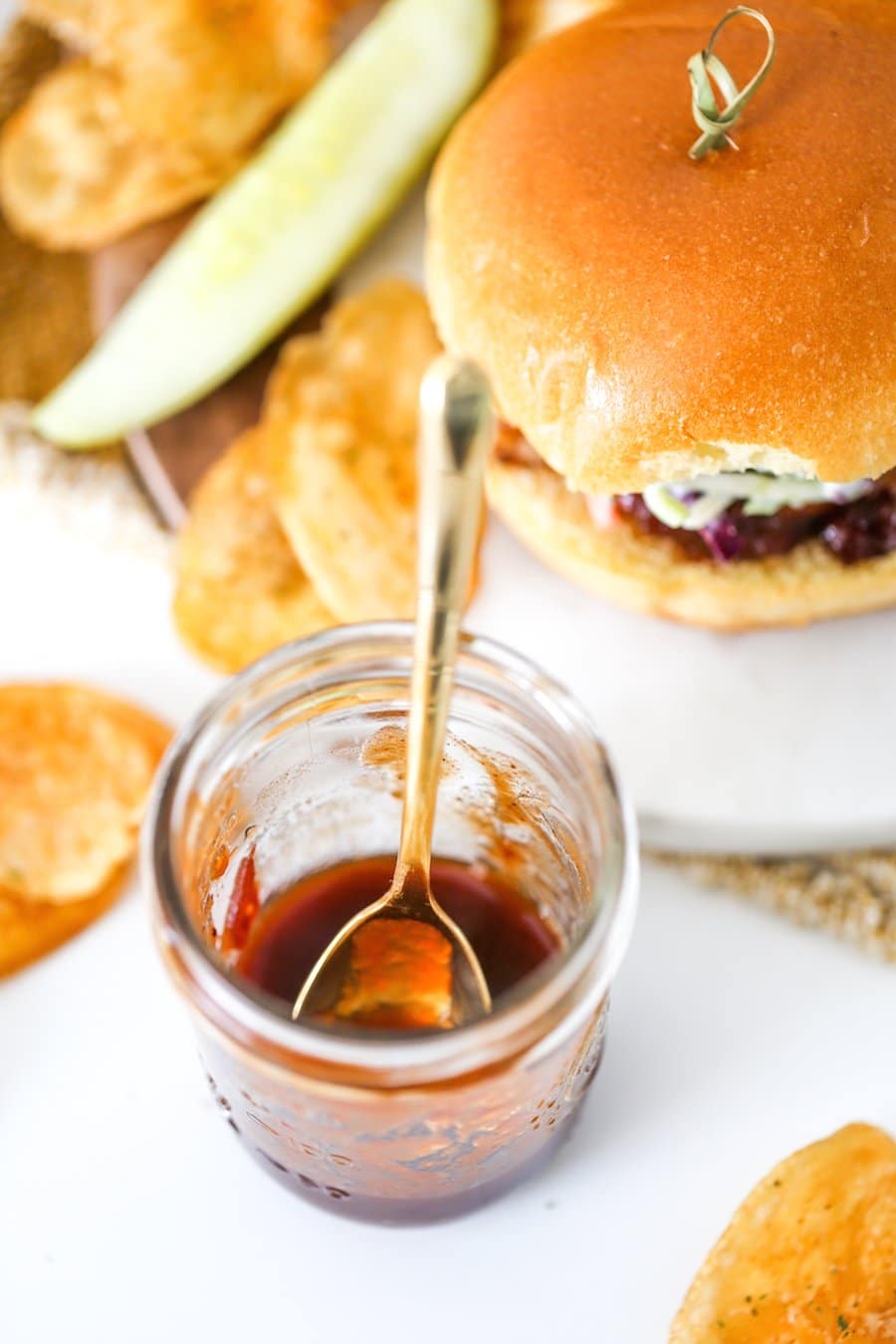 I served my sandwiches on a brioche bun with a pickle and homemade potato chips on the side! This is a perfect, quick, holiday lunch that is great to eat before going holiday shopping, to get a Christmas tree, or a late lunch/early dinner before driving around to look at holiday lights! 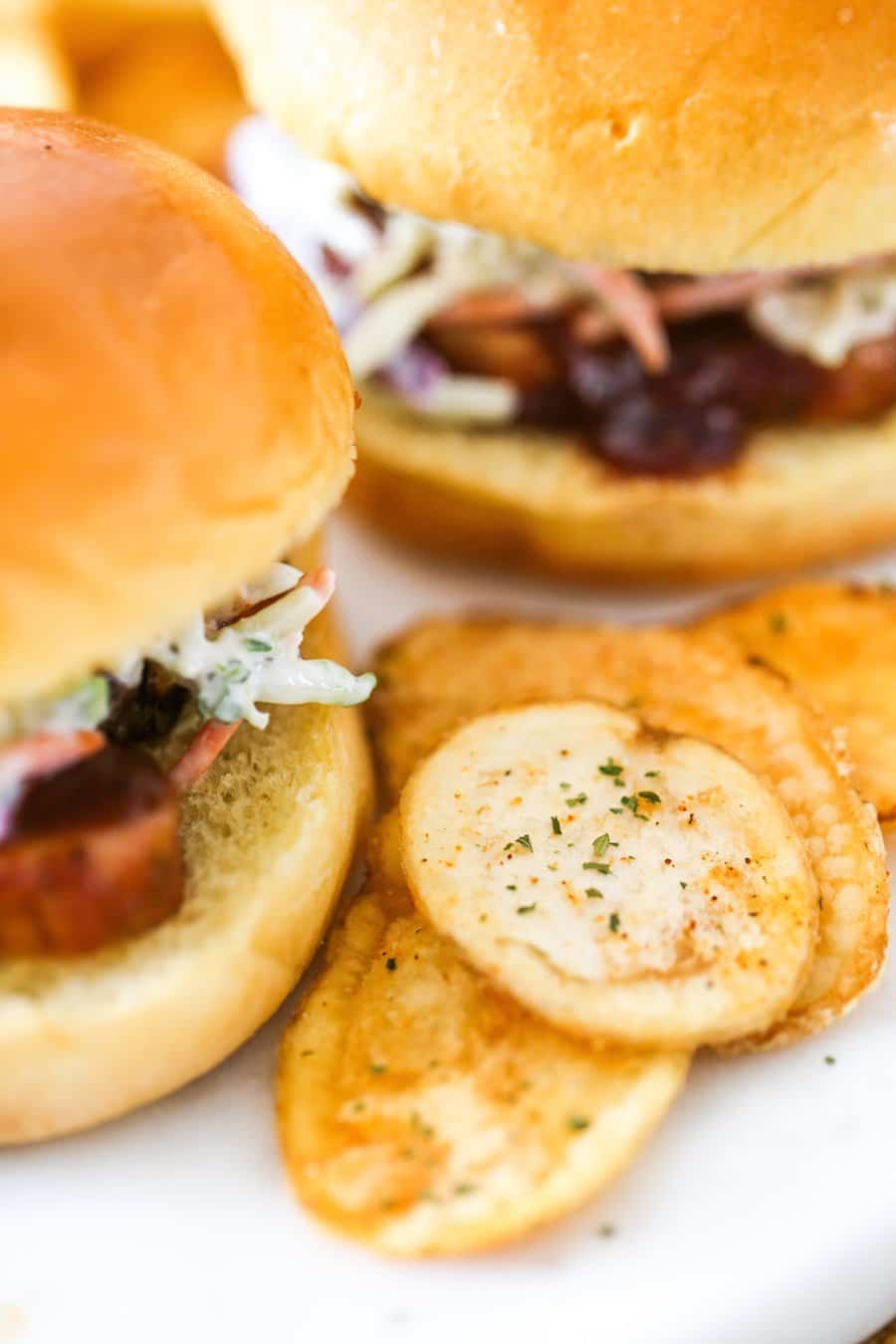 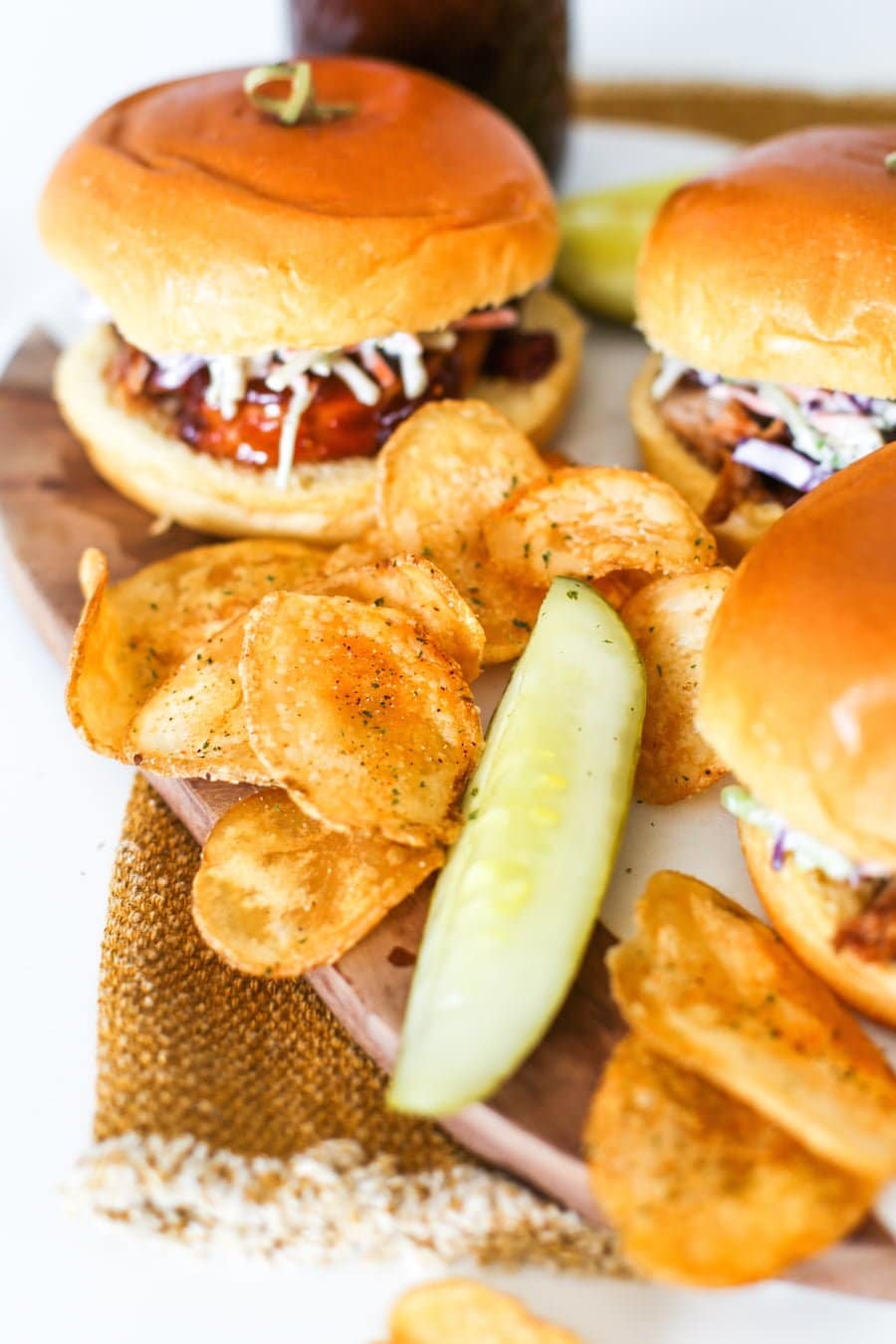 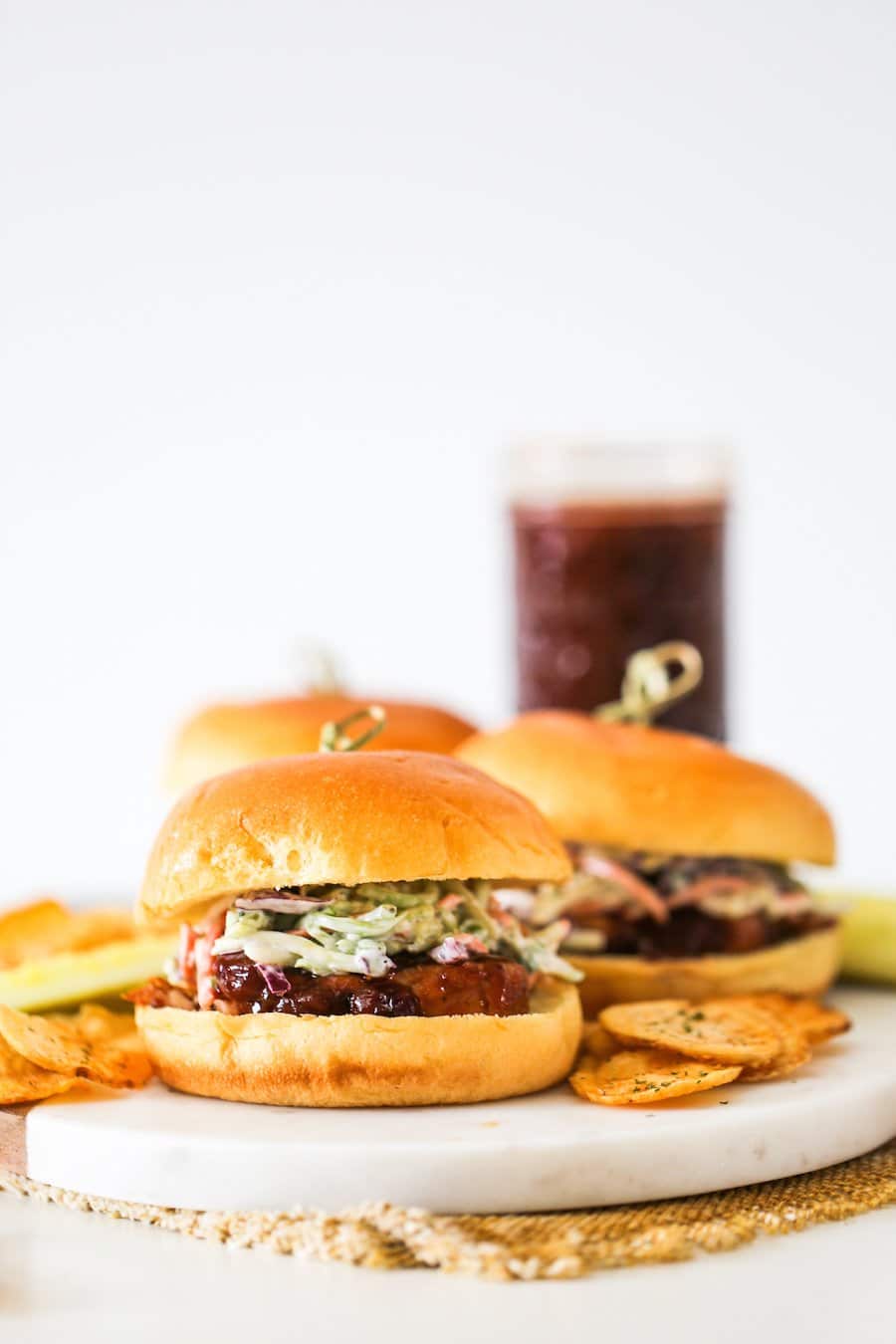 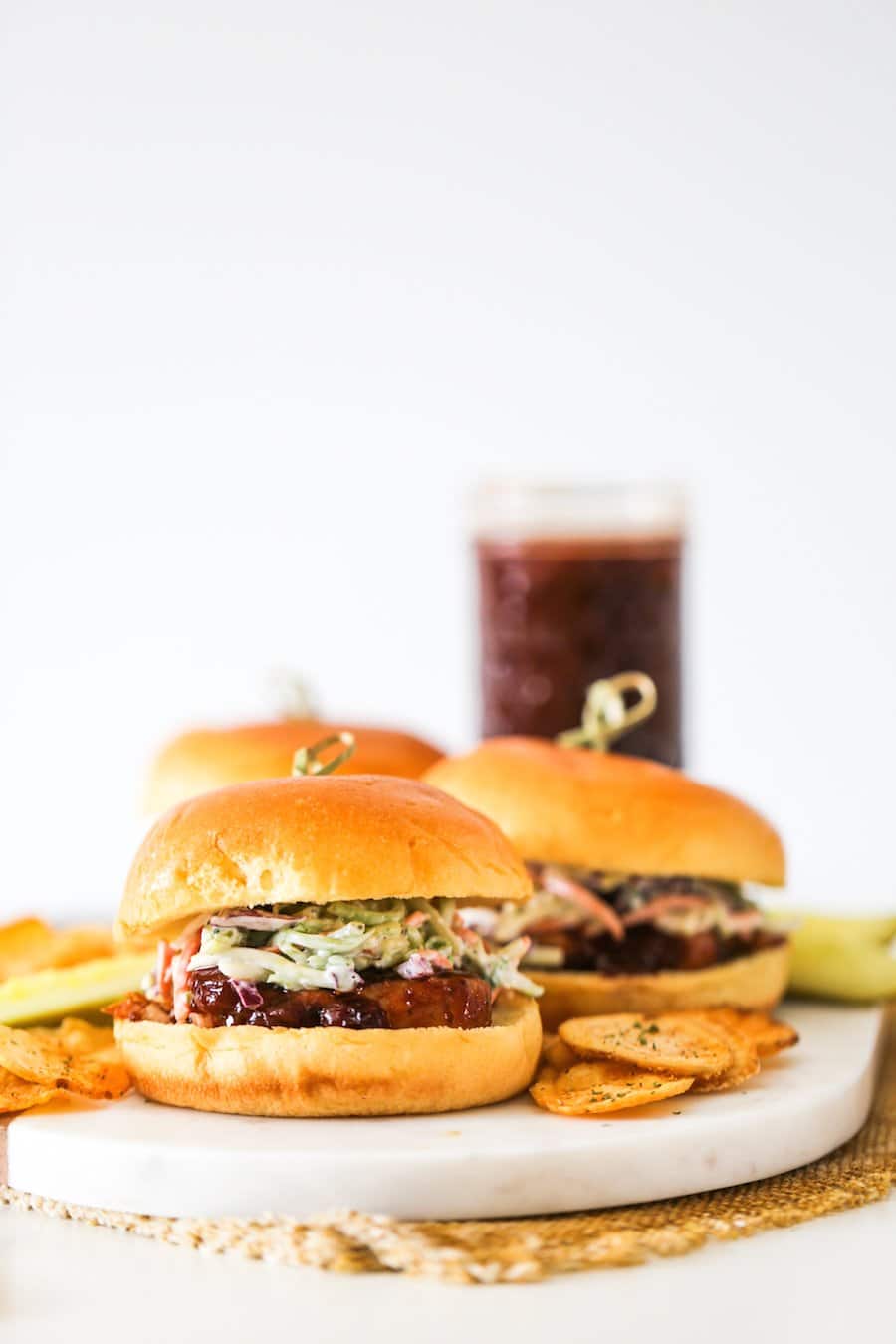 What’s your go-to holiday-style lunch? Do you have something you like to prep for lunch or dinner before doing any family traditions like cutting down a Christmas tree or driving around to look at all the holiday lights? Let me know in a comment below! 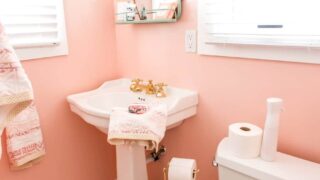 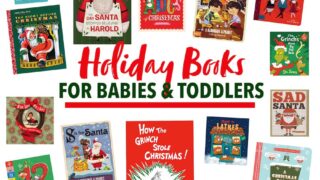 Next →
Holiday Books for Babies and Toddlers
Click here to cancel reply.