Mmm, donuts! Have you ever eaten a doughnut the size of your head? The Big Pink donut is a HUGE 8” diameter donut served at Lard Lad Donuts in the Simpsons-themed “Springfield, U.S.A” at Universal Studios Hollywood. I was lucky enough to get an exclusive tour of the Lard Lad Donuts shop where I got to see how The Big Pink is made! 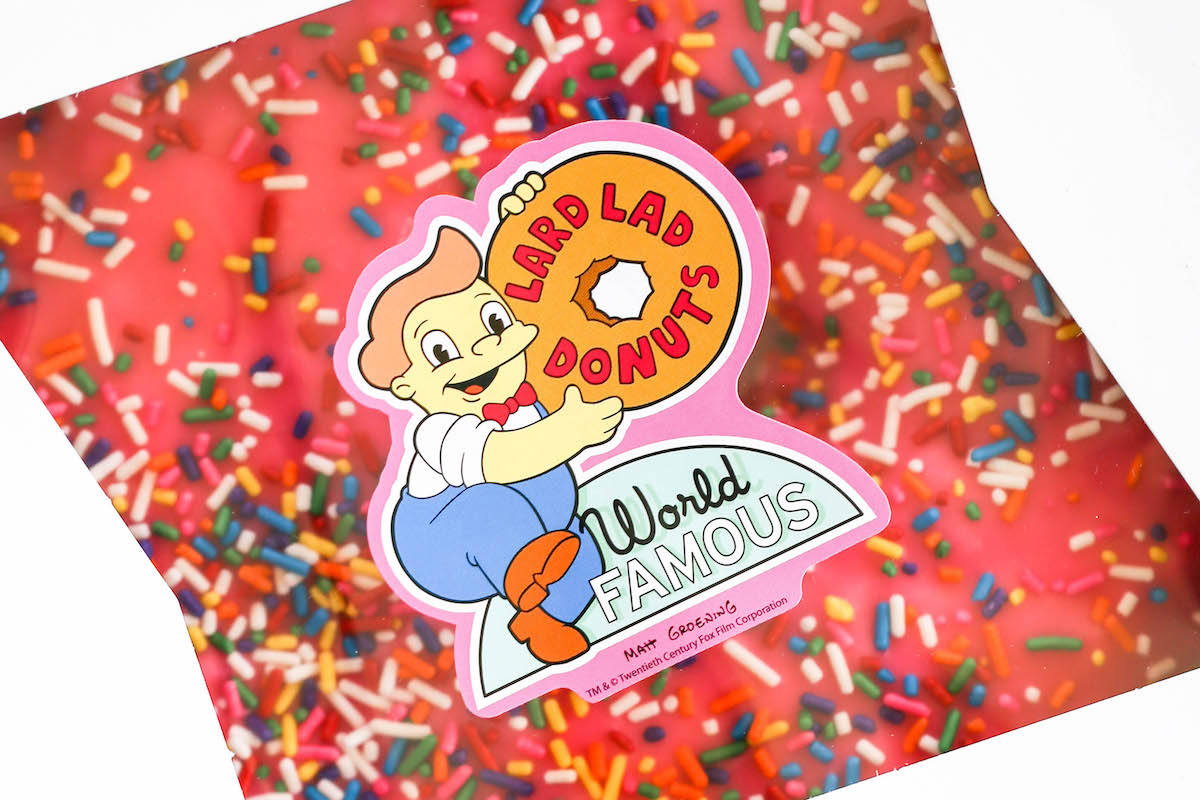 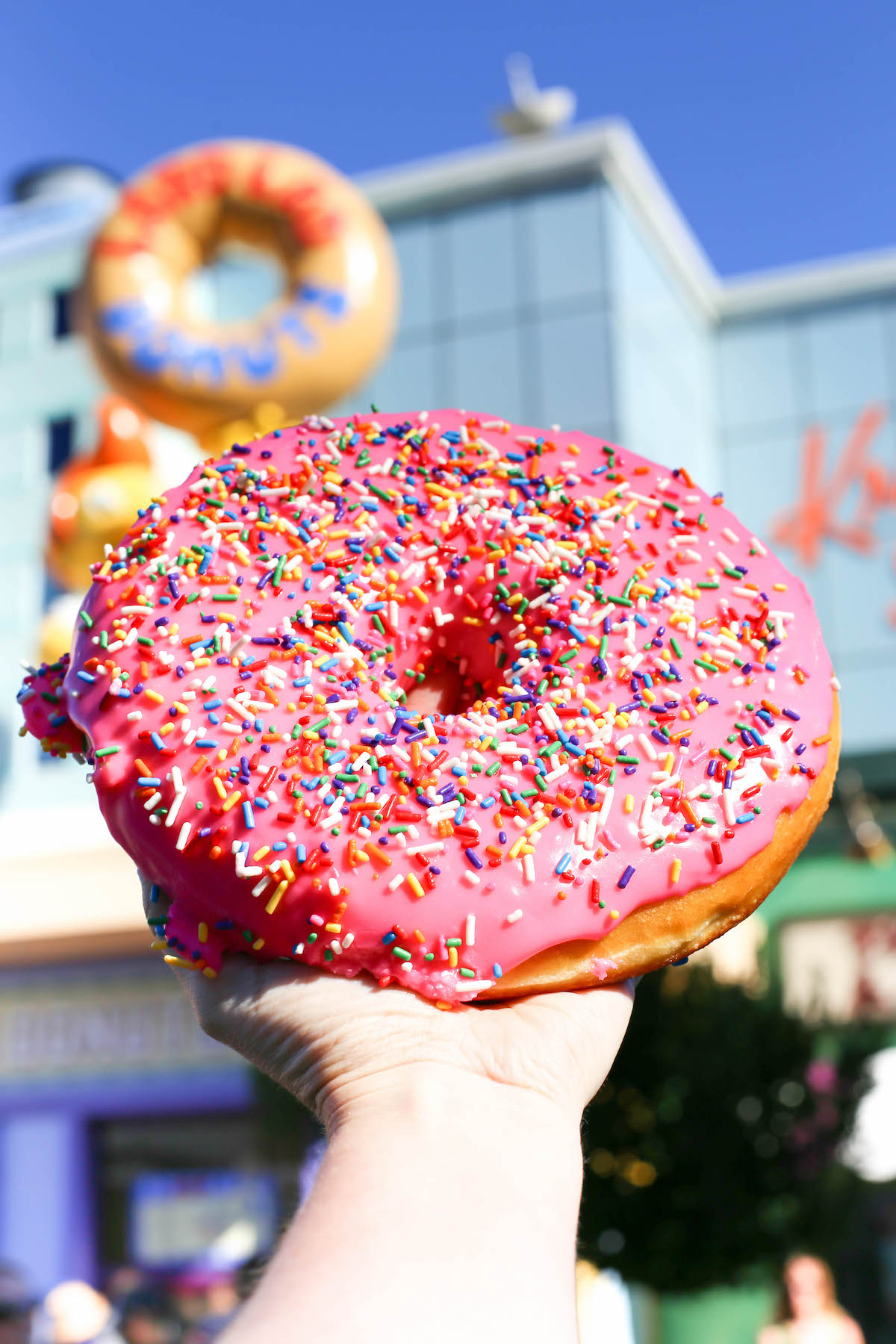 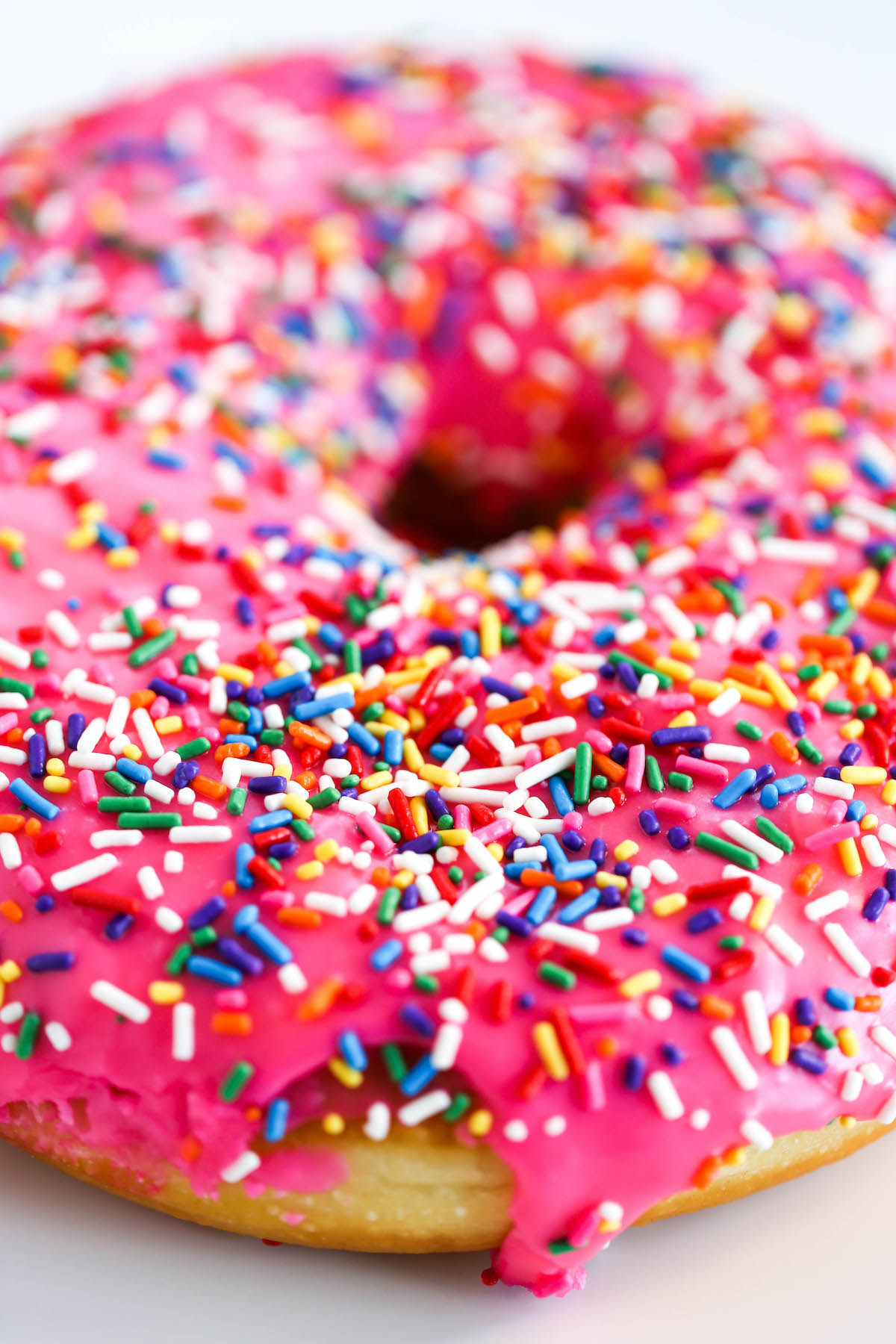 The centers are hand cut! 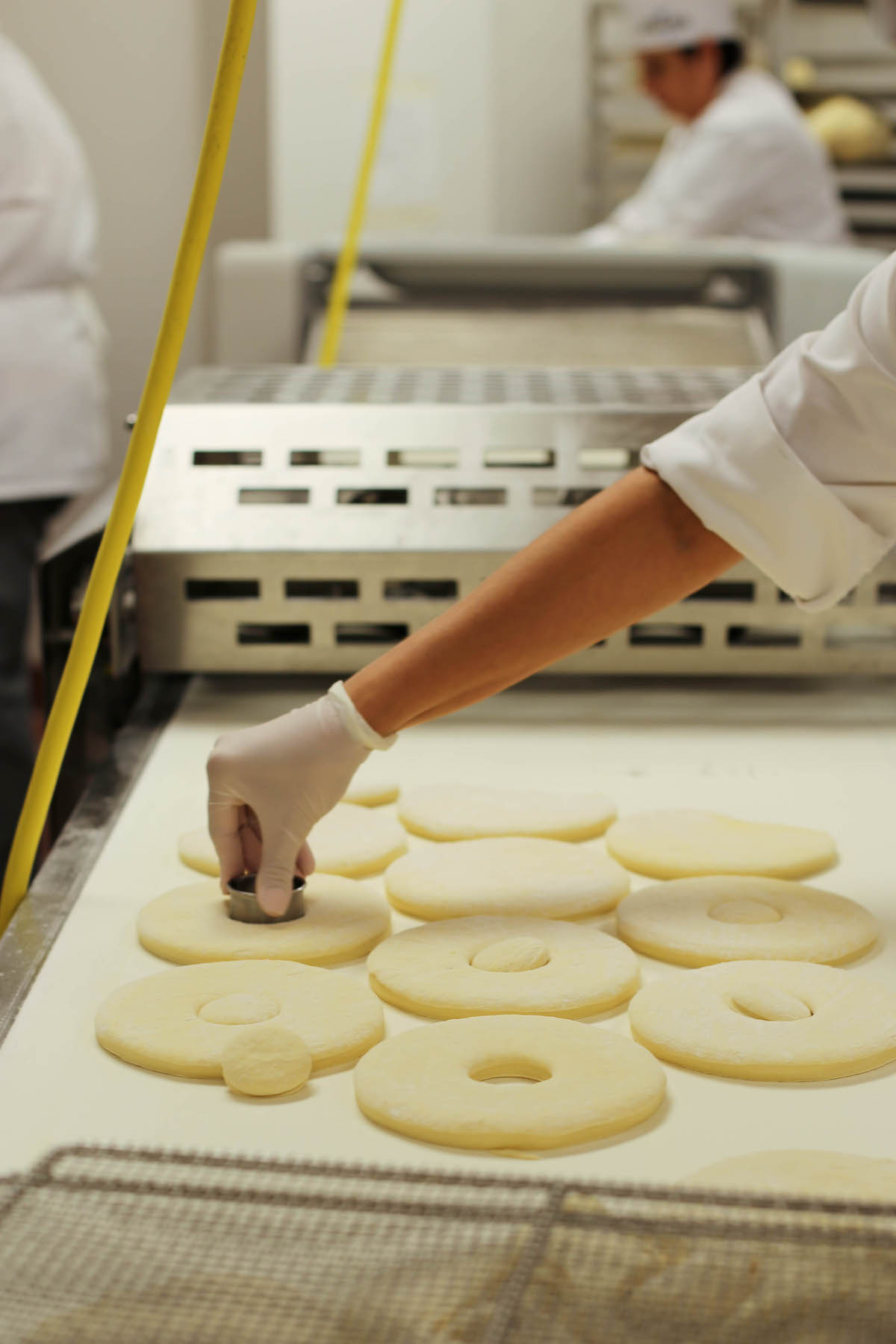 I learned that the Lard Lad Donuts bakers start at 1 am every single day to make the dough for each day’s donuts. The most popular Lard Lad donut flavors include both the large 8” version and smaller version of The Big Pink, as well as the Maple Bacon donut, S’mores donut, and Chocolate Glazed donut. 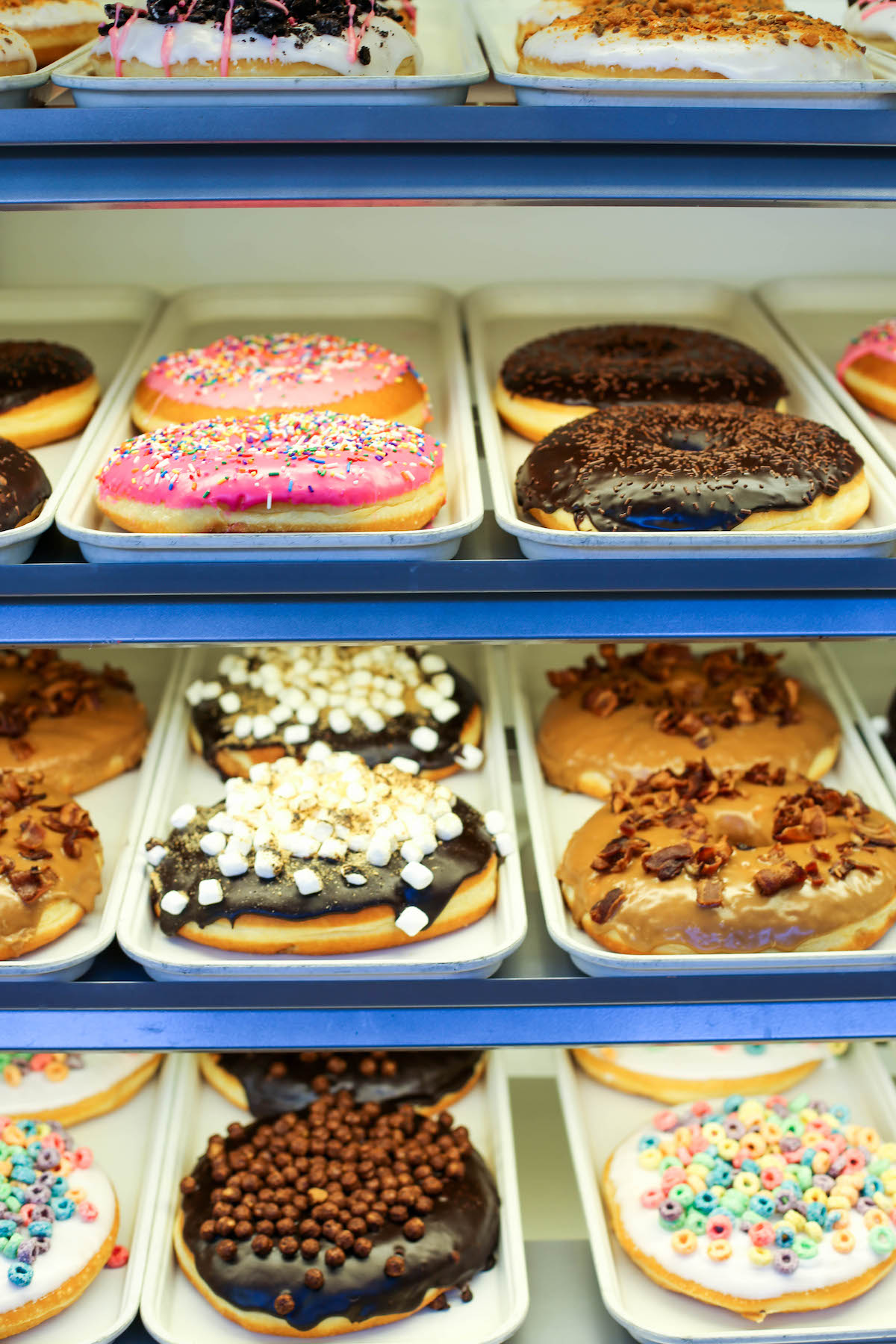 I loved getting to go behind the scenes and Chef Eric even frosted one of The Big Pink for me to take home! 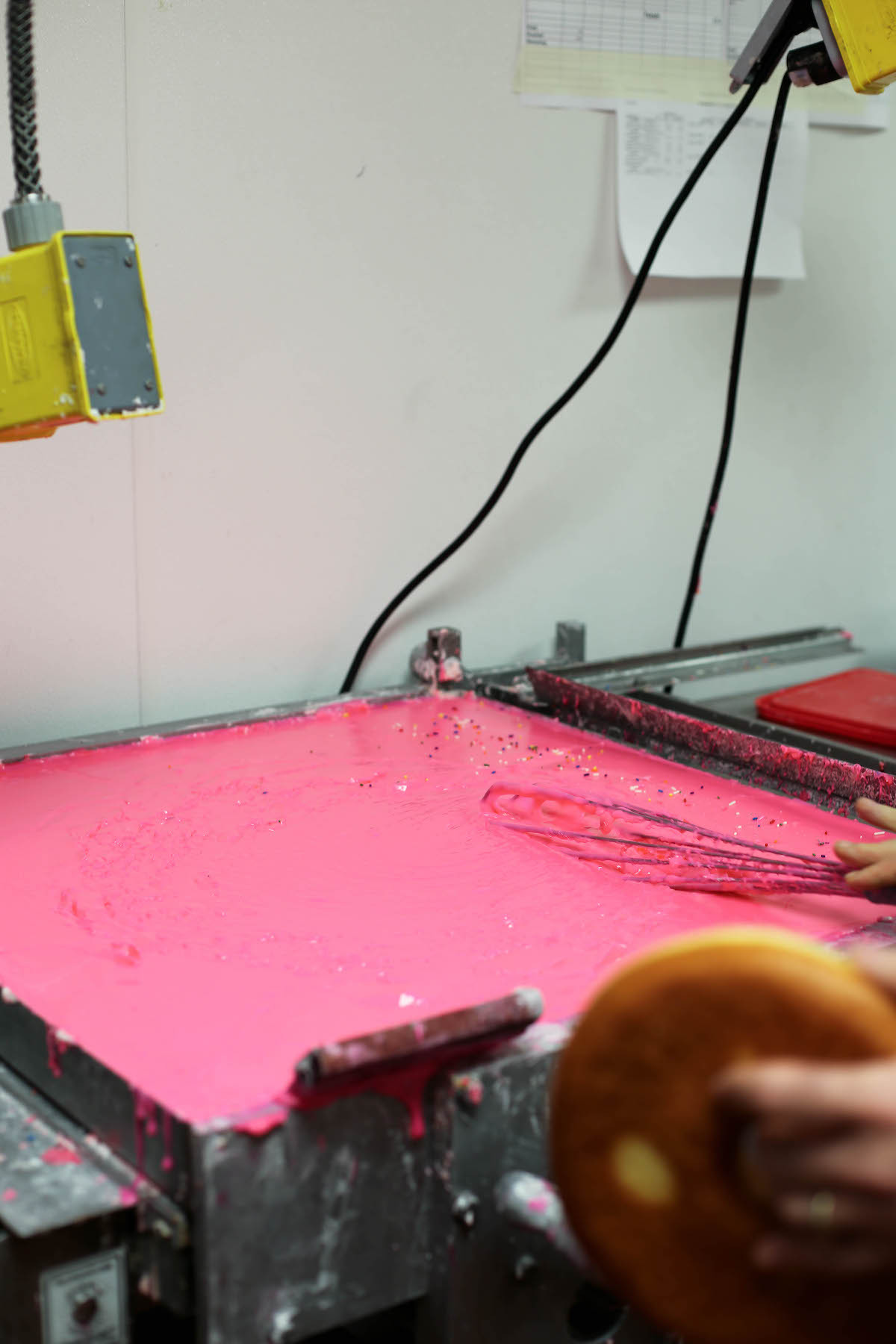 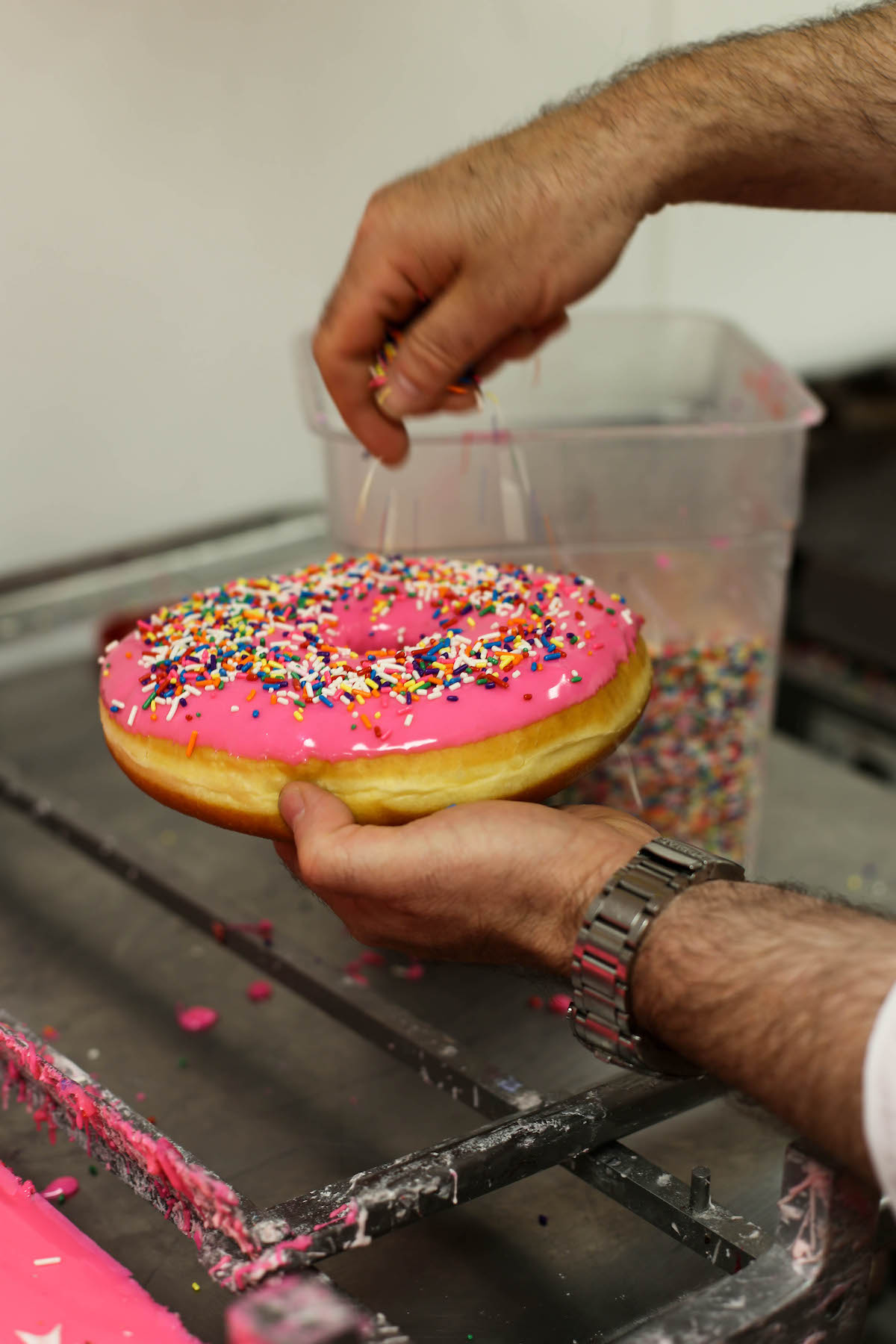 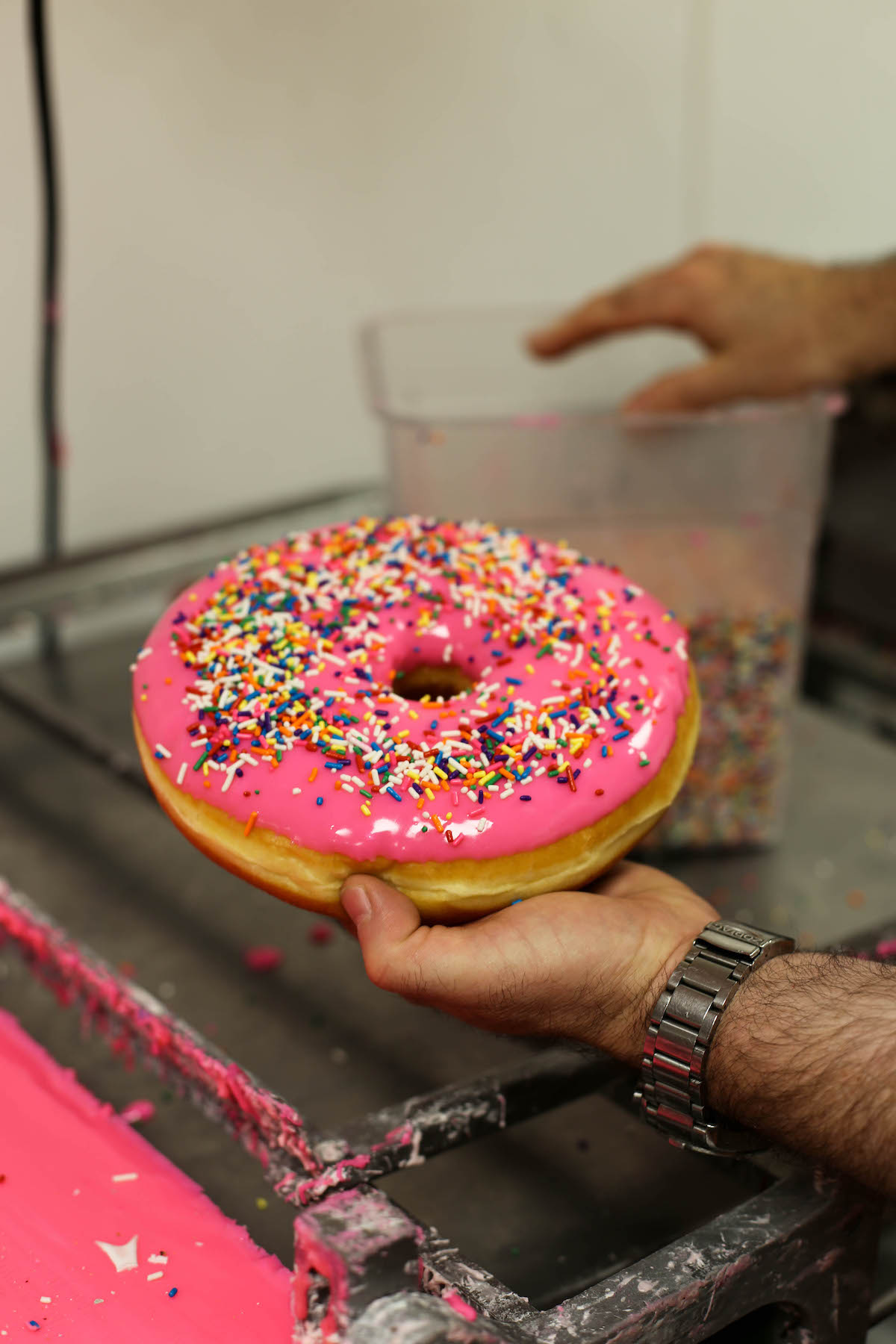 Here are some other frequently asked questions:

Where Can I Purchase Simpsons Donuts at Universal Studios?

You can purchase a Simpsons donut at the walk-up windows at Lard Lad Donuts inside the Simpsons-themed Springfield area at Universal Studios Hollywood. Look for the giant Lard Land statue holding up a giant donut! 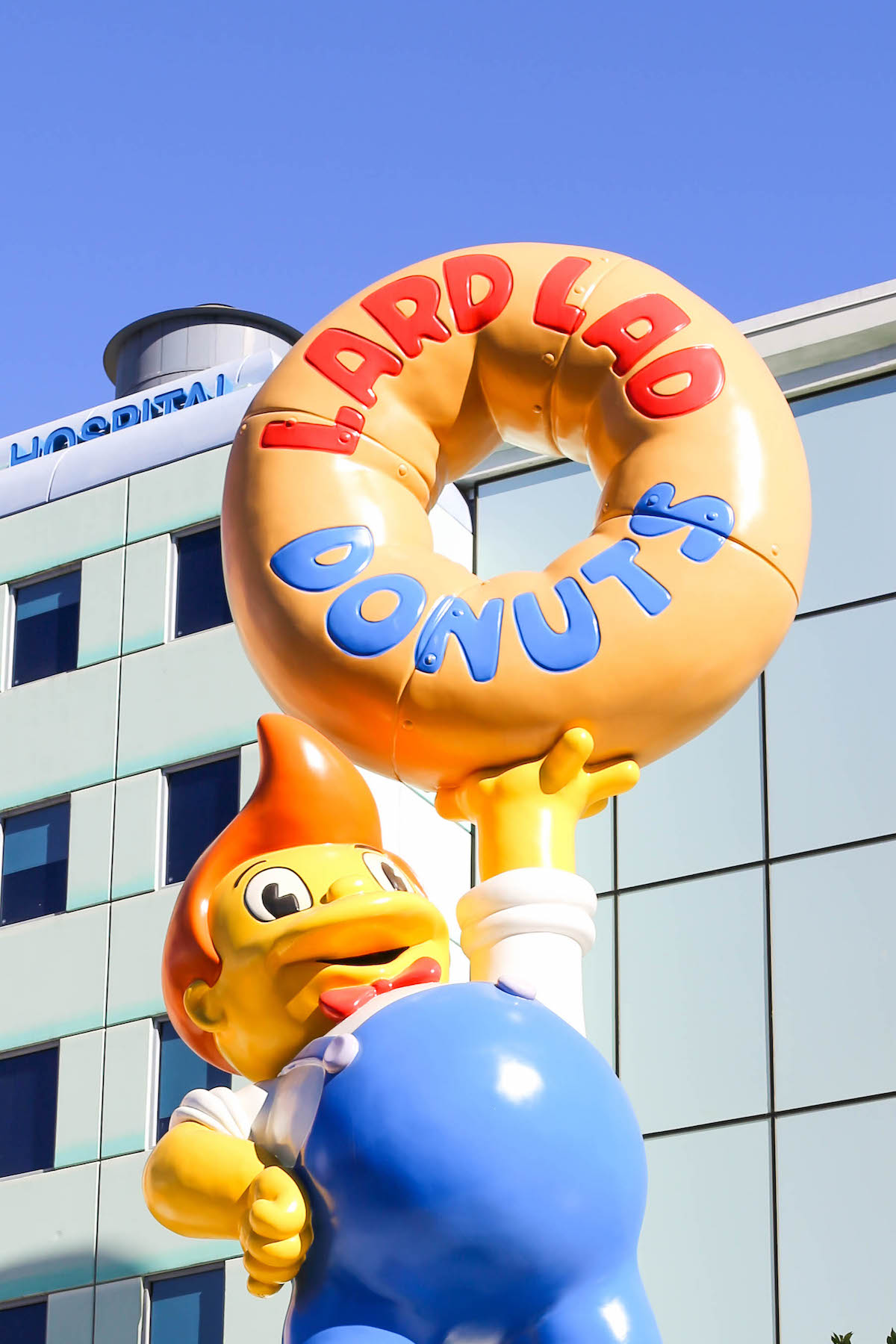 How much is a Lard Lad giant donut?

How Big is The Big Pink Donut from Lard Lad Donuts?

The Big Pink donut is as big as your face! It’s about 8 inches in diameter and weighs 14 ounces.

You can easily share it between 2 people or even 4-5 people. Or eat it all by yourself! No judgement! But you can also get the miniature version. 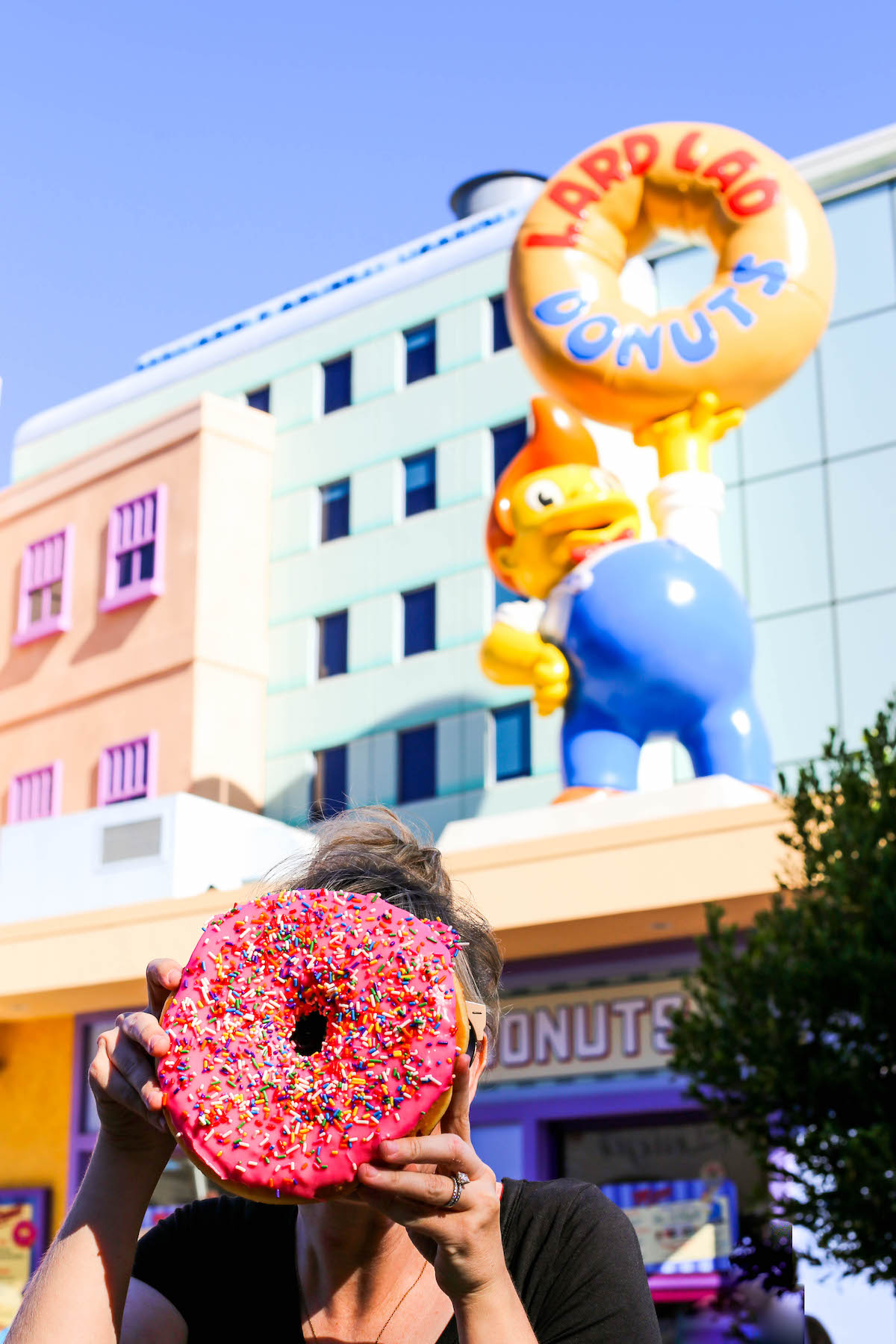 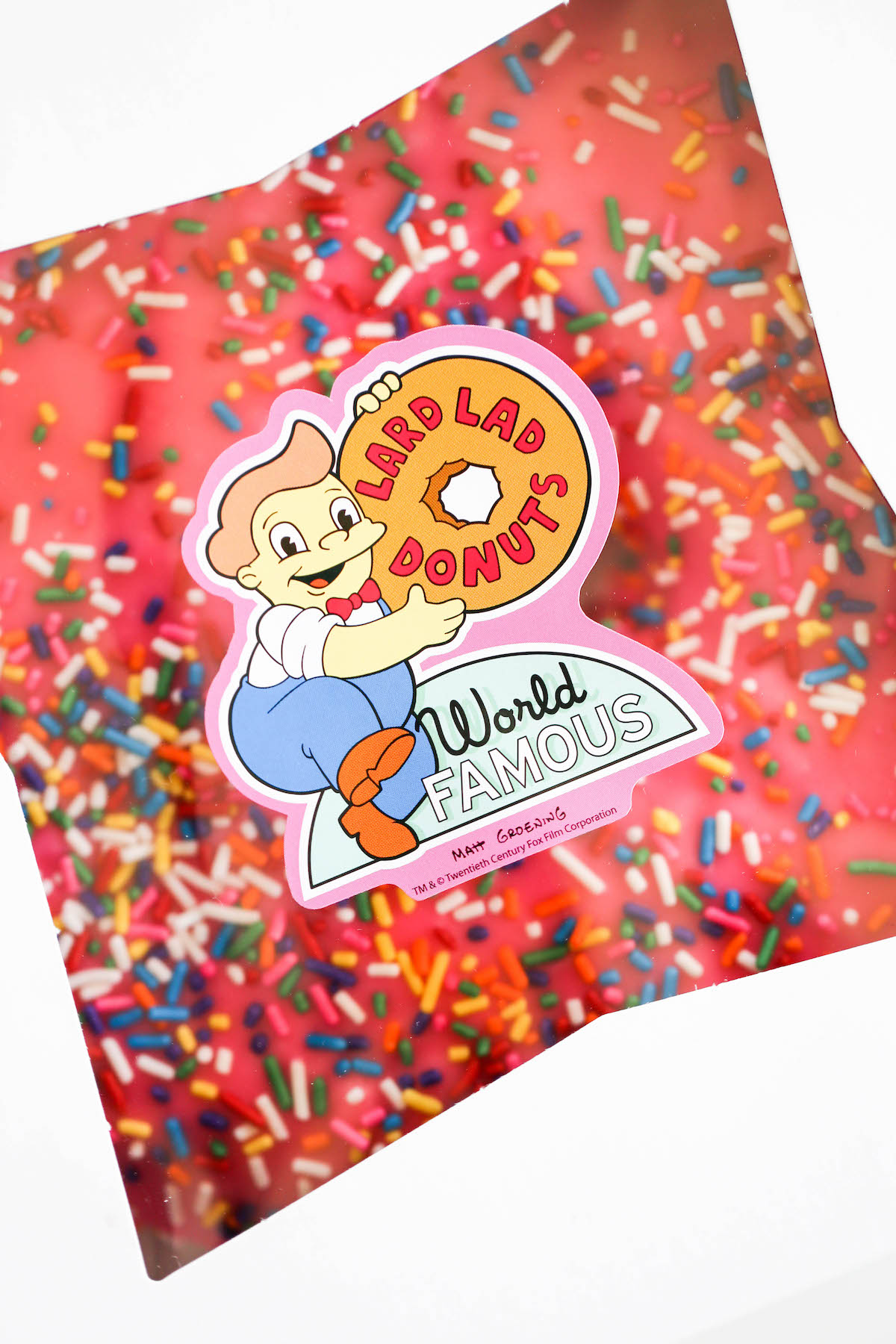 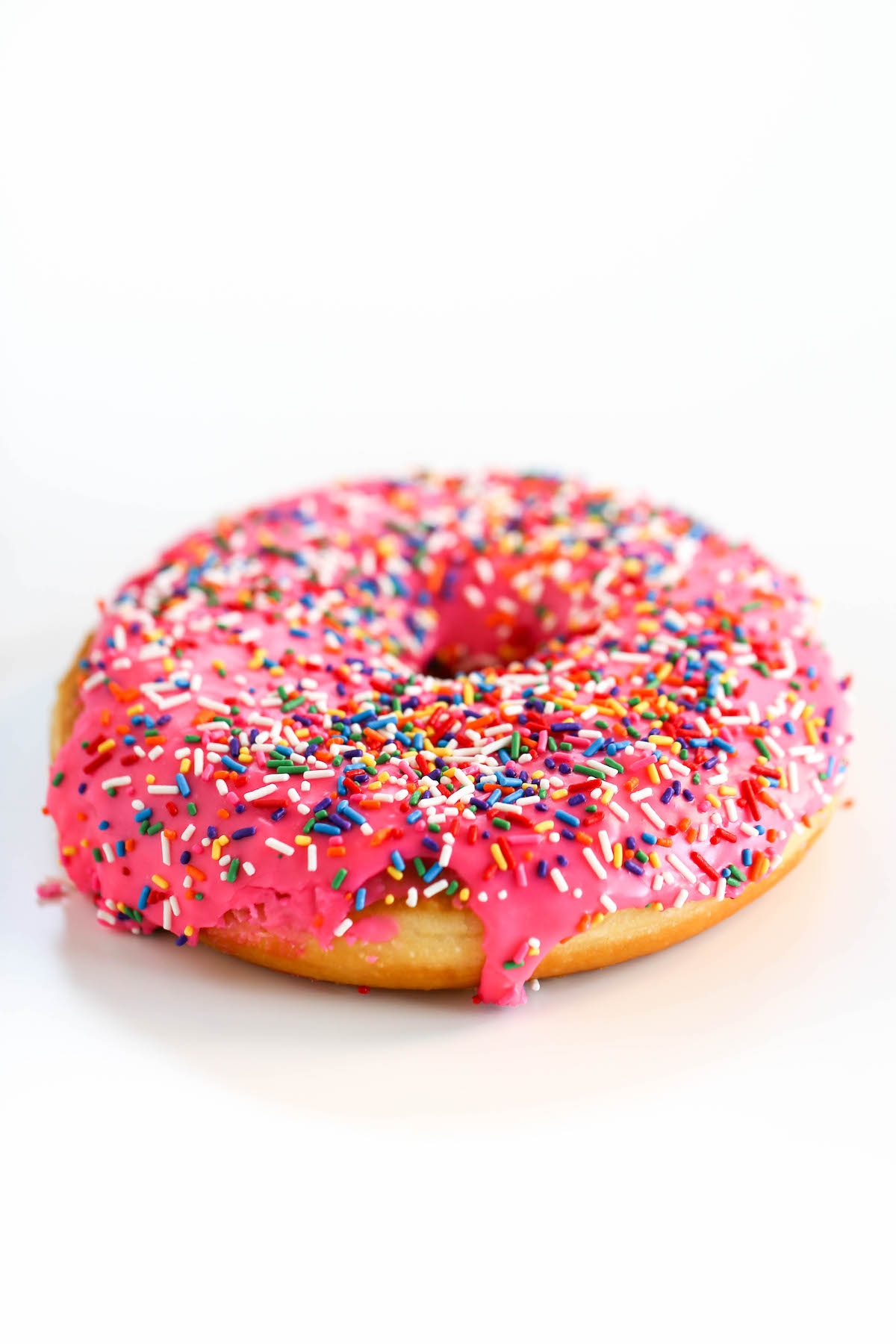 What Else is on the Menu at Lard Lad Donuts?

Other than The Big Pink, you can also get The Large Lad Donut which is their other famous donut in the “flavor of the day” which could include S’mores, Fruit Loops Cereal, Maple Bacon, Chocolate Pebbles, Chocolate Glazed, Oreo, etc. 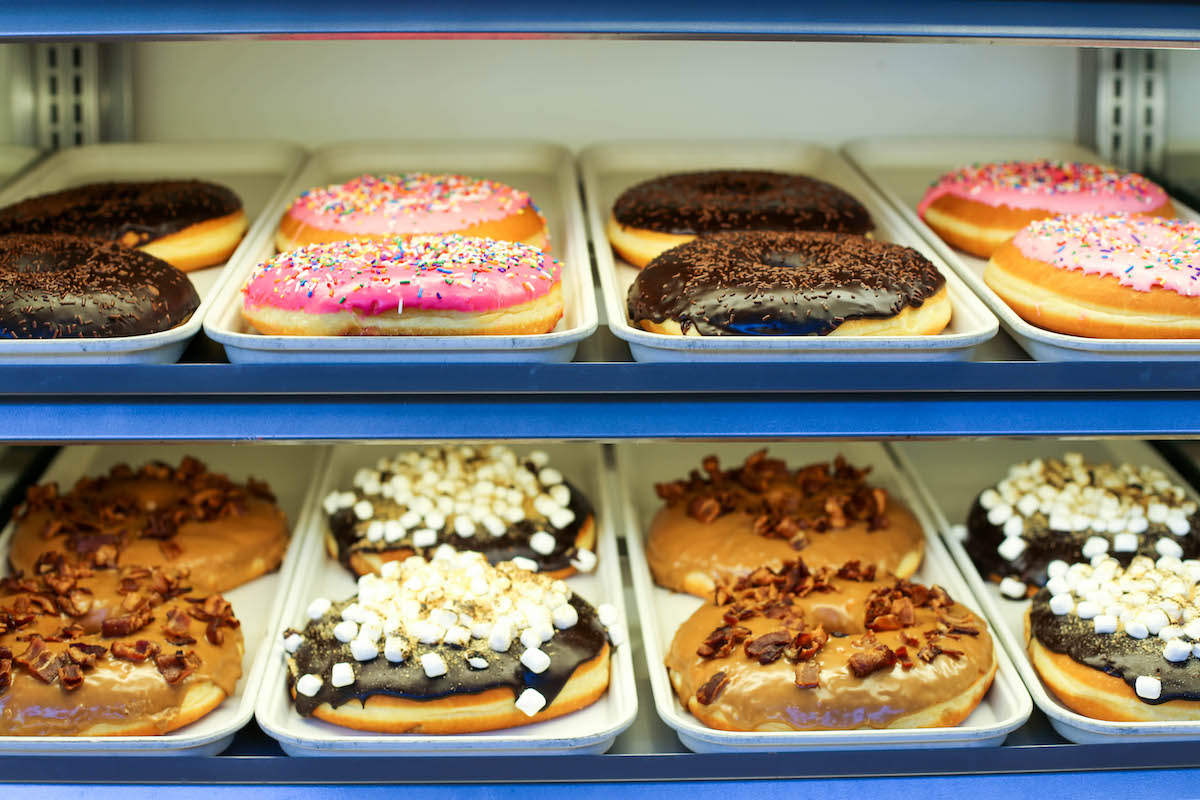 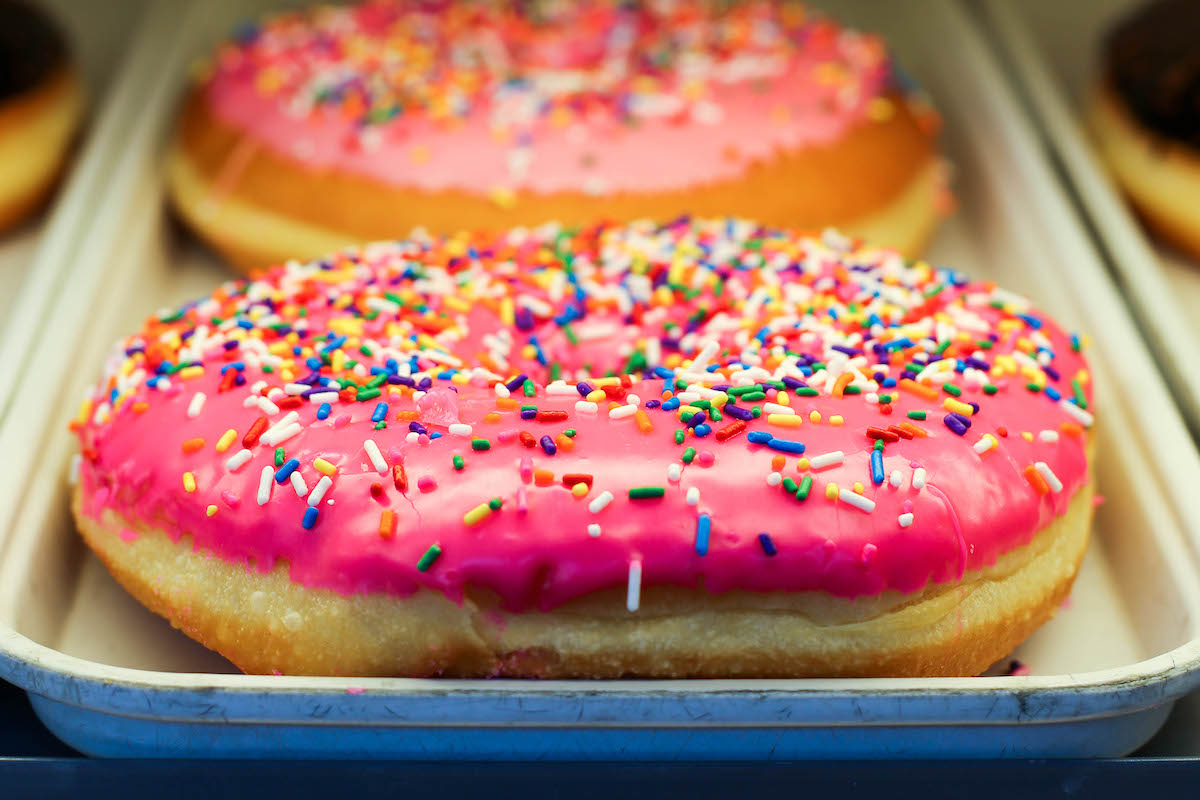 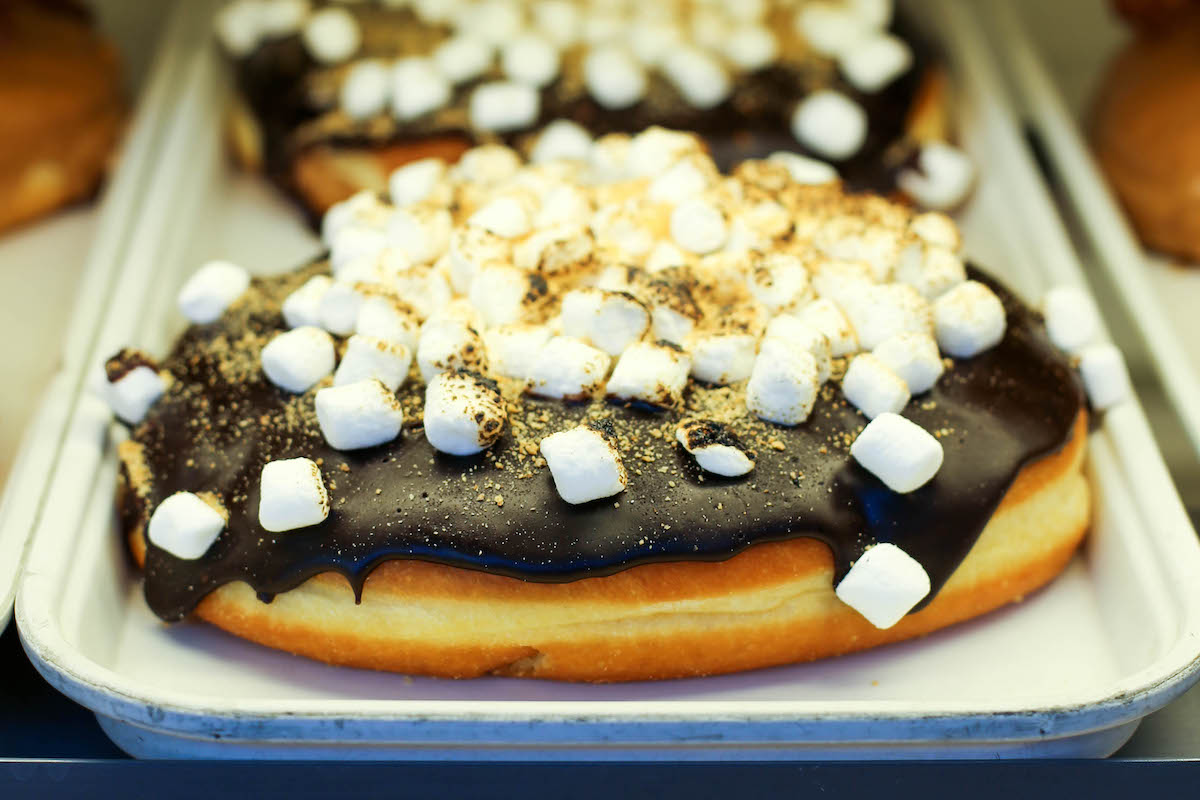 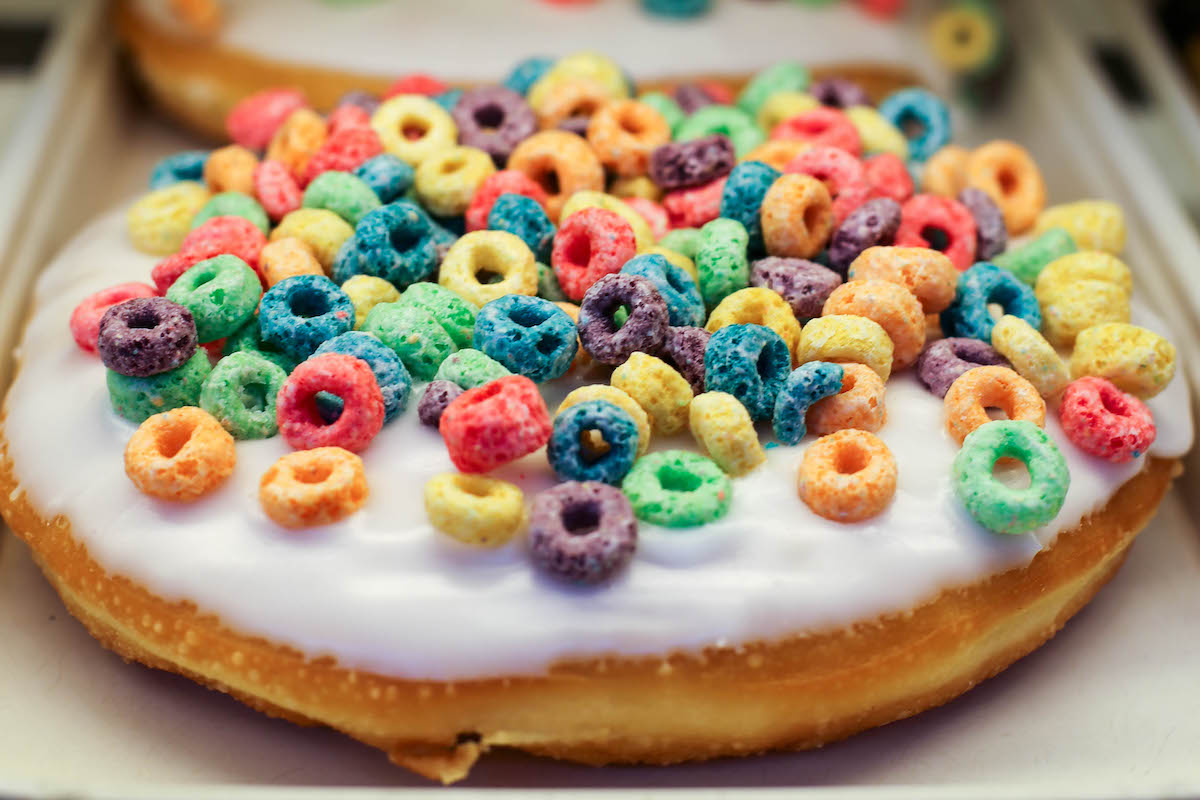 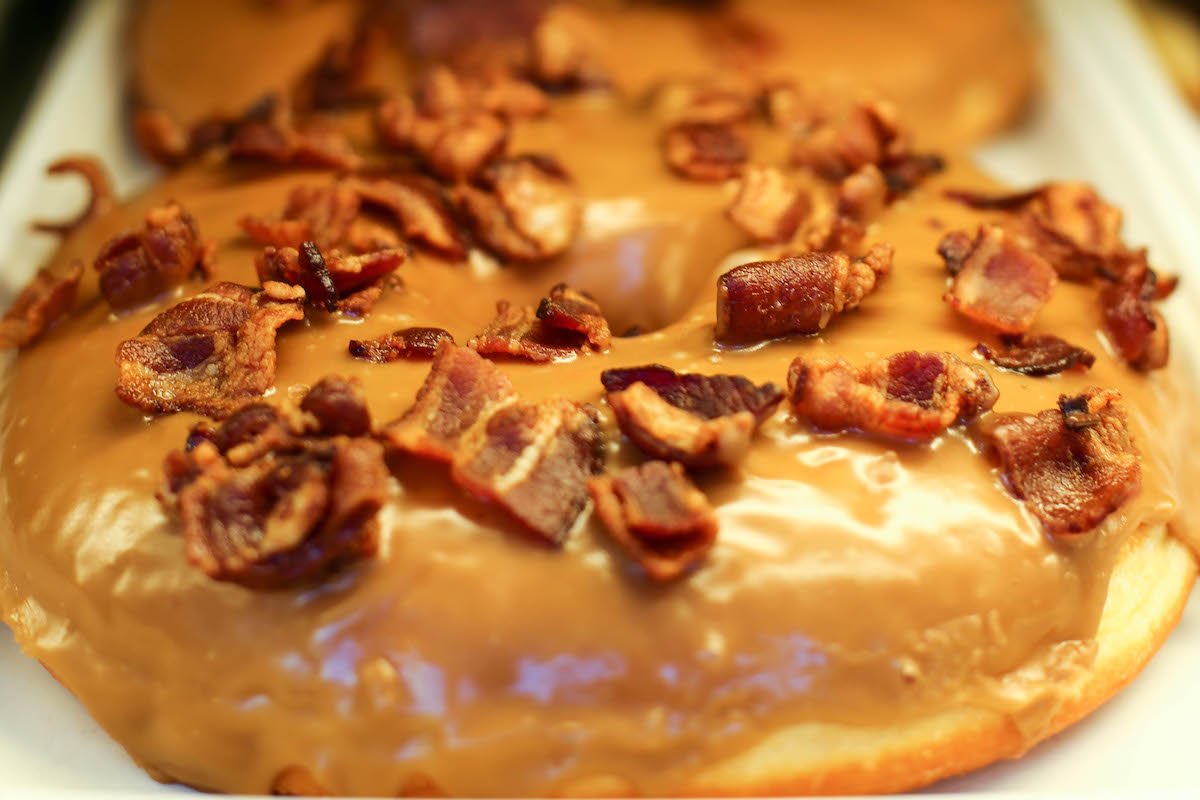 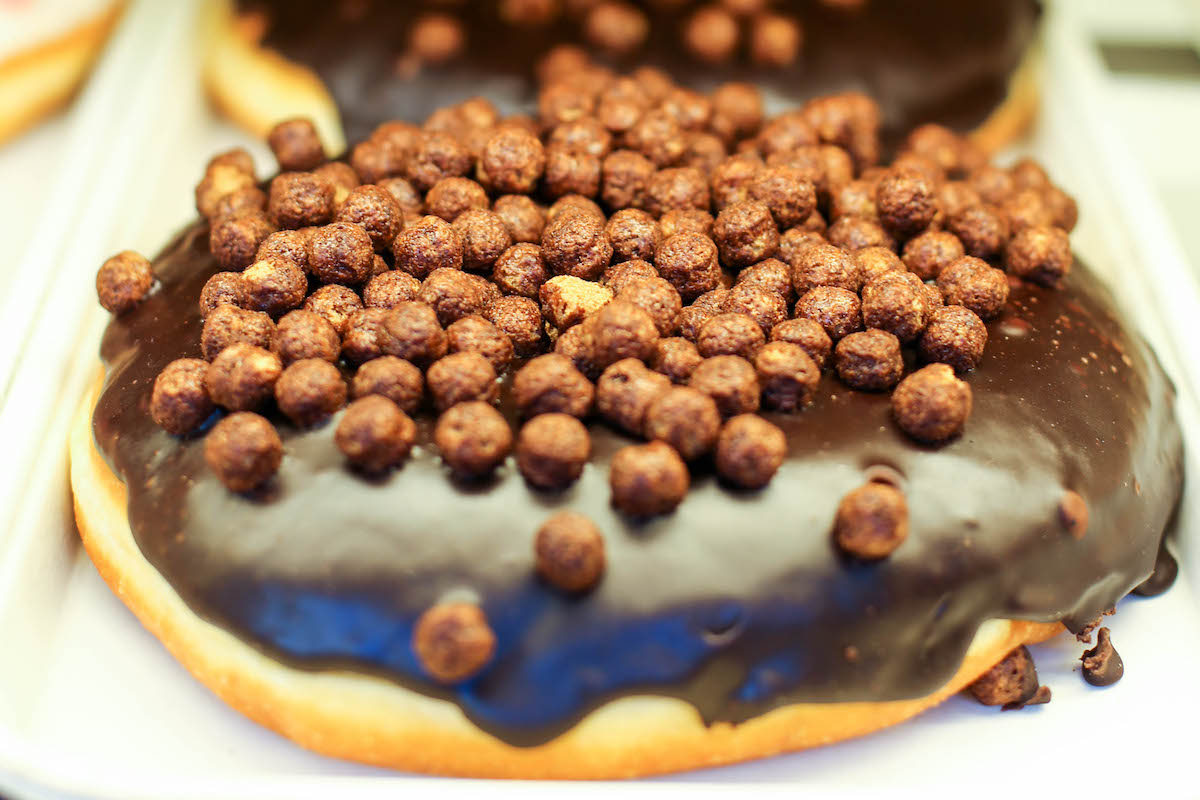 What is Lard Lad Donuts Based On?

The Lard Lad Donuts statue is a combination of the Bob’s Big Boy mascot and the giant donut that sits atop of Randy’s Donuts.

Can you get Lard Lad Donuts Outside of Universal Studios?

You used to be able to purchase them at a stand outside of Universal Studios at Universal City Walk, but they closed it down while the theme park was closed due to Covid.

I found someone who ships them on Ebay. Obviously, it’s at a premium price, but if you’re really craving one or a super fan, that could be an option!

And I once purchased The Big Pink at the Hollywood Bowl during a special Simpsons’ musical show, The Simpsons Take the Bowl, to celebrate the shows’ 25th anniversary. They must have pre-made thousands of Big Pink donuts and shipped them down the street to sell at the Bowl that night.

But if you at Universal Studios City Walk and you are NOT going into the theme park, you should check out Voodoo Donuts! They are also AMAZING! 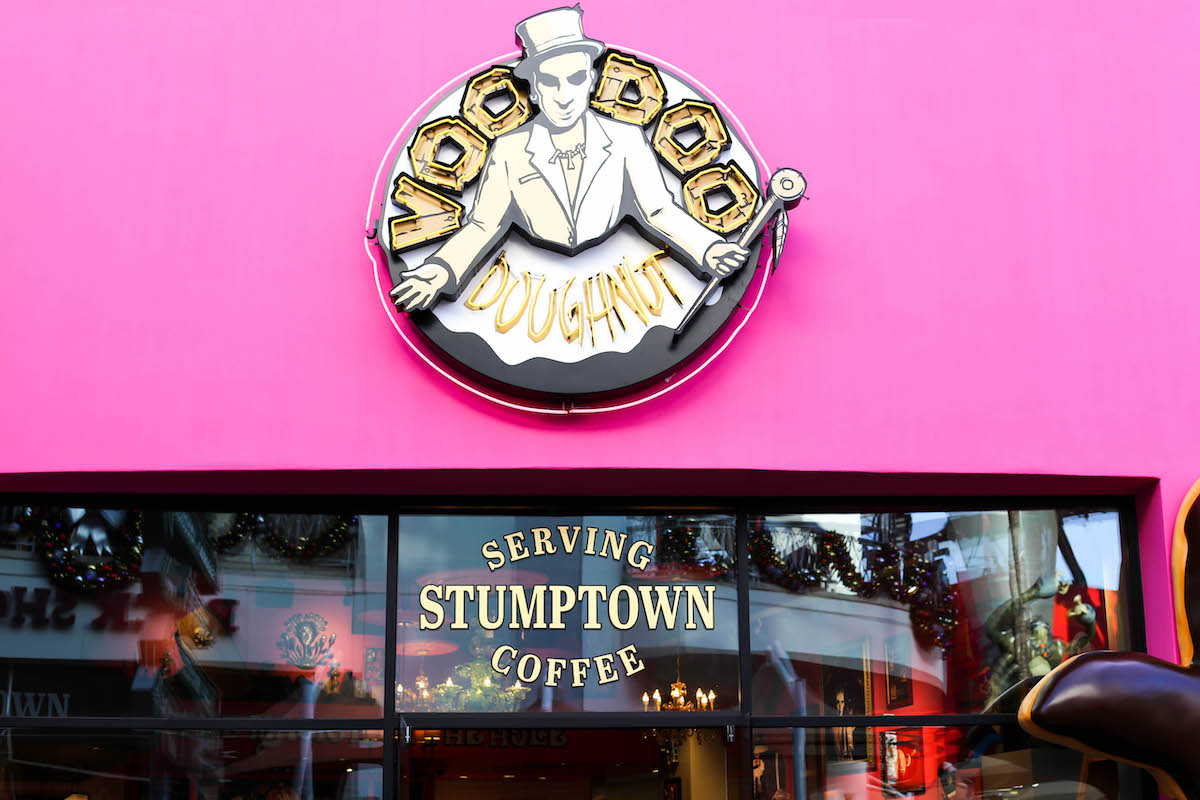 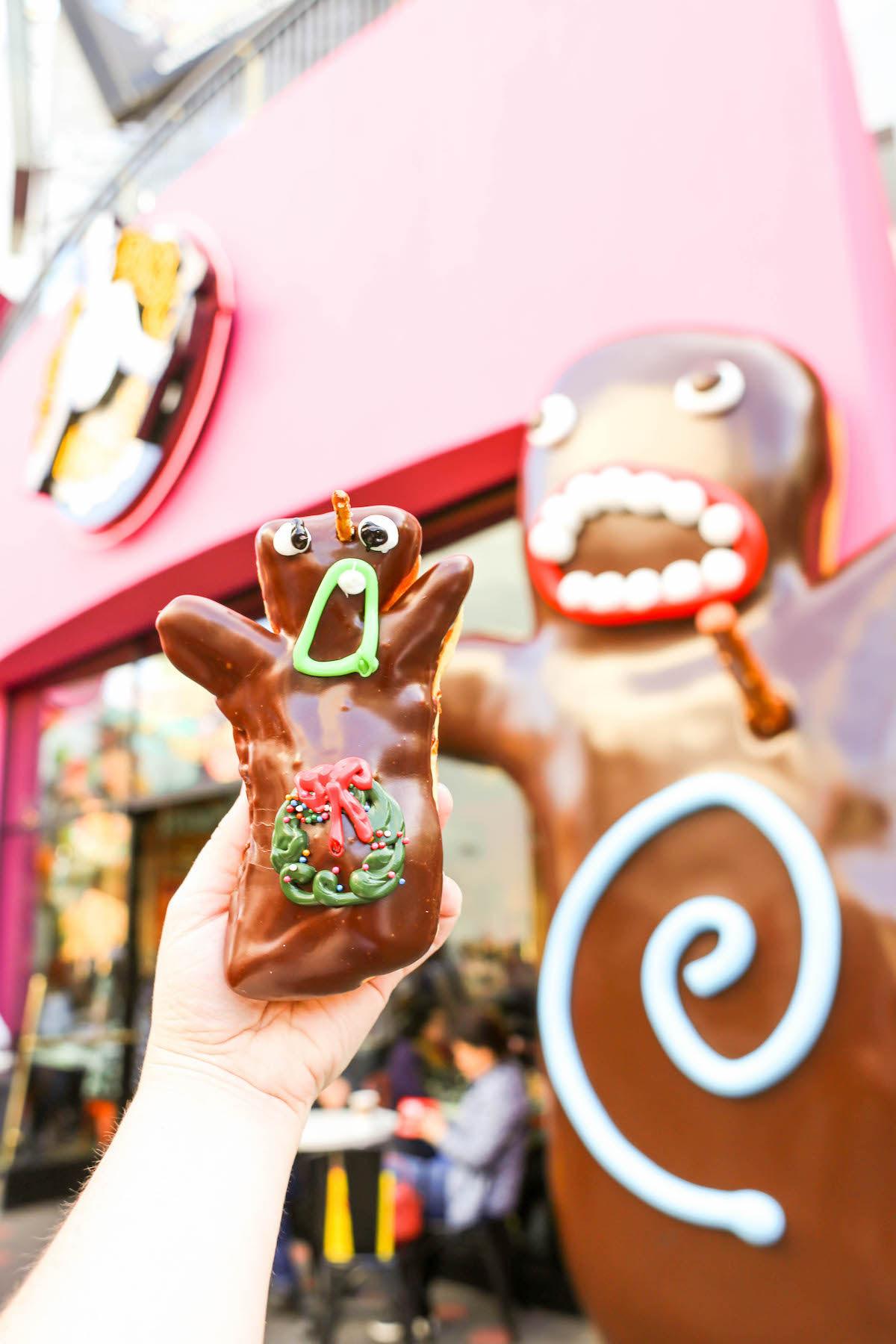 And if you’re into donuts, check out my post on The Best Donuts in Los Angeles: 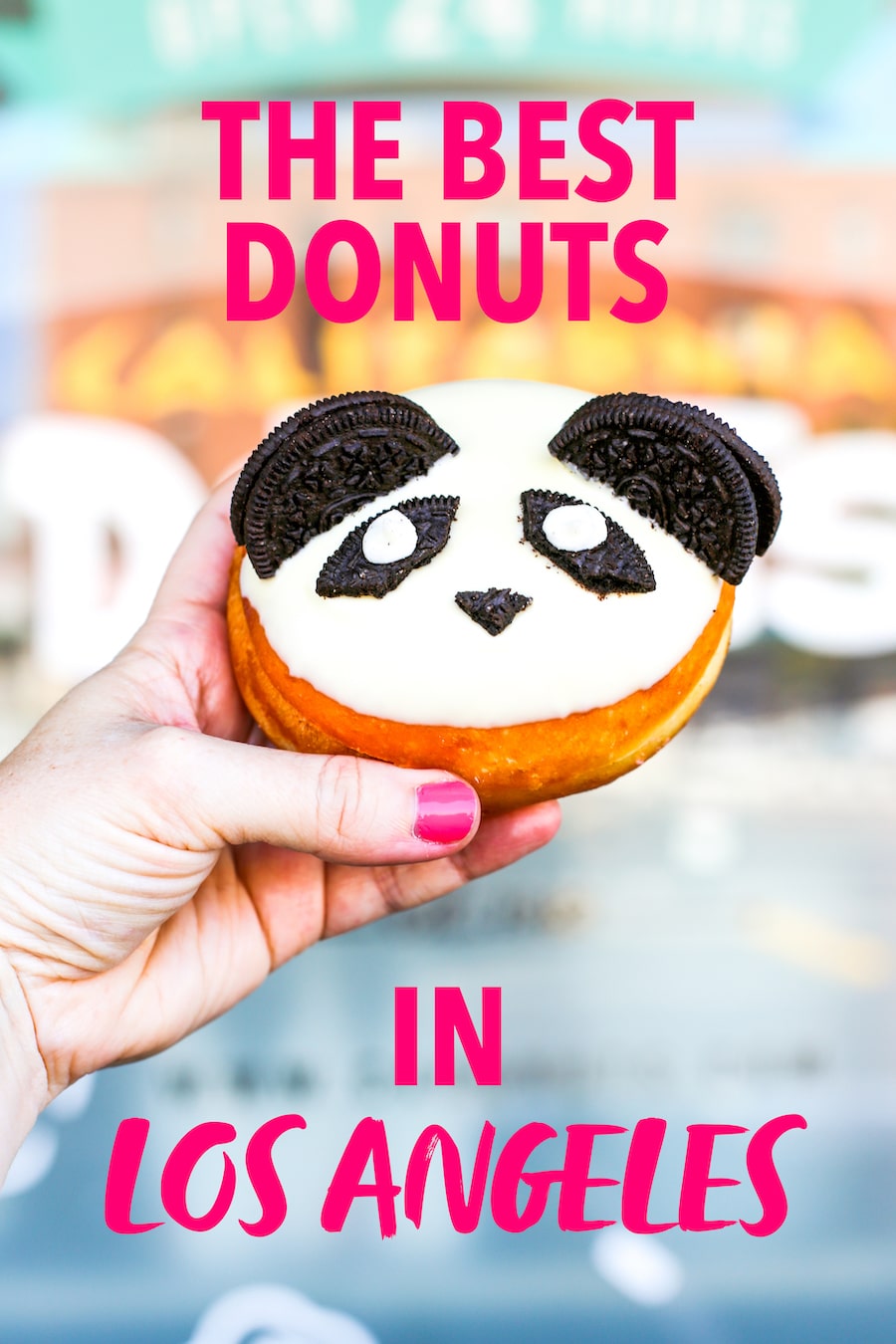 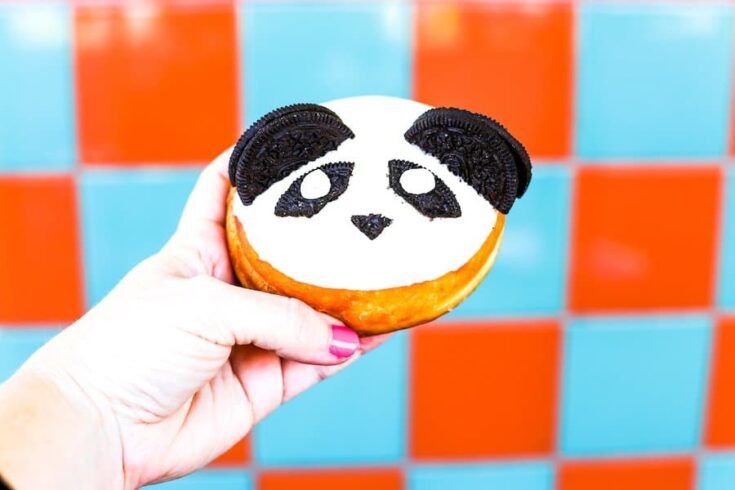 The Best Donuts in Los Angeles 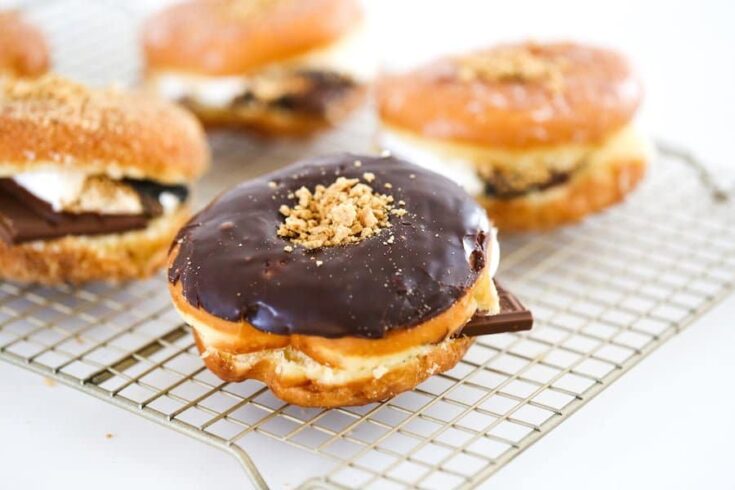 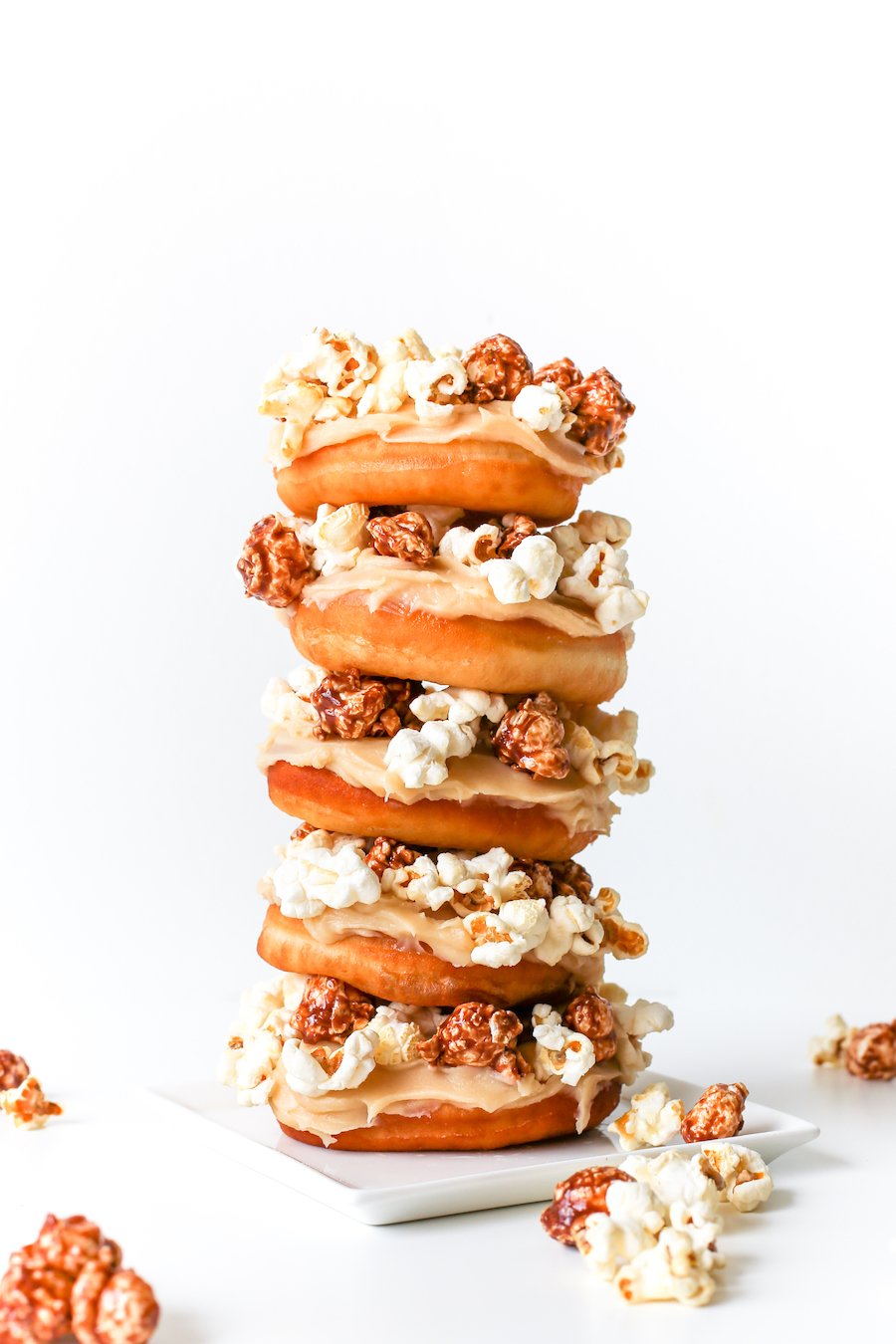 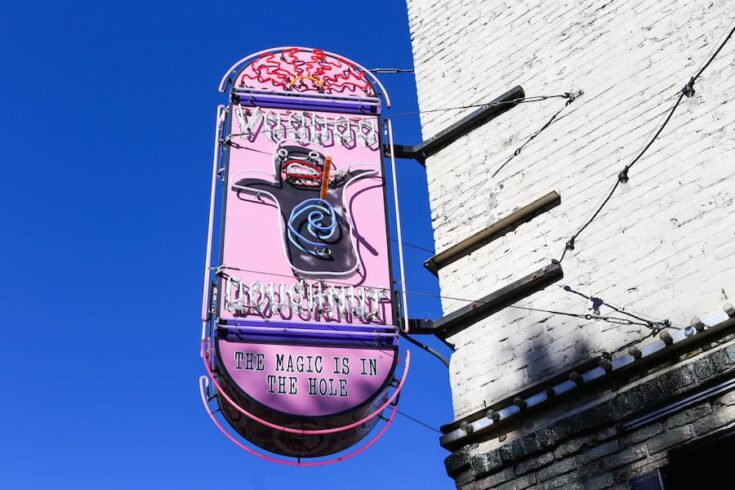 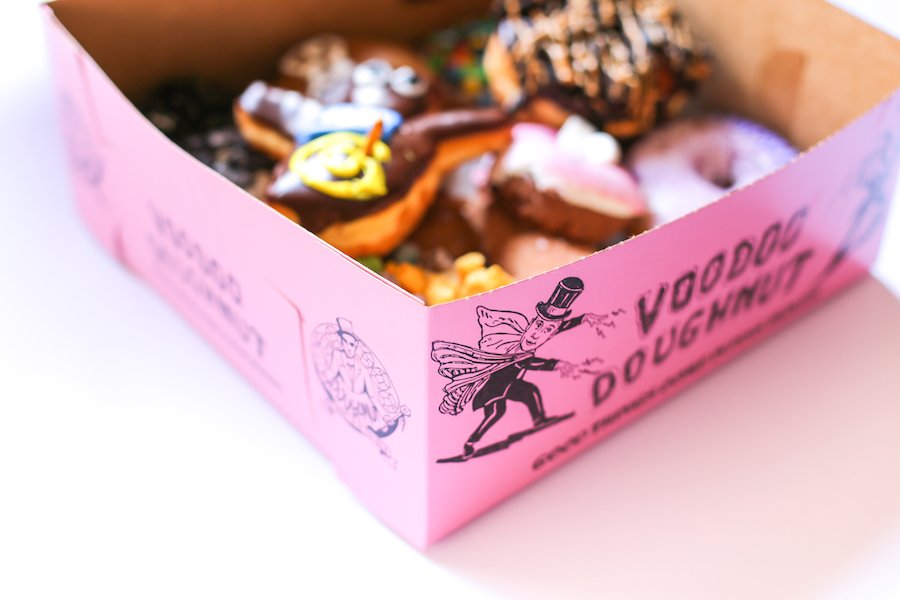 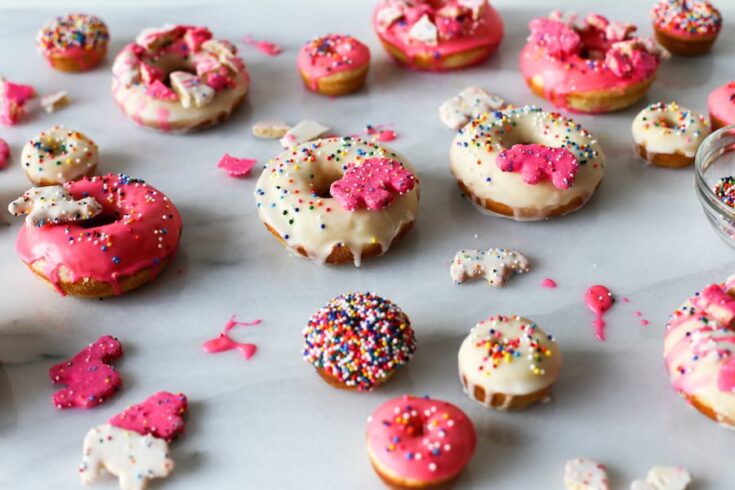 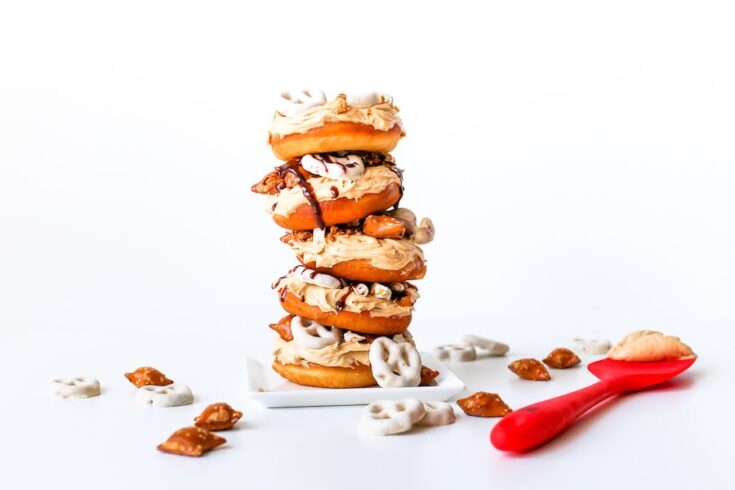 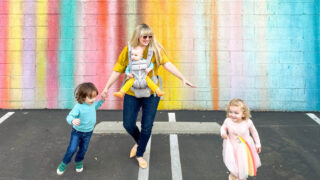 ← Previous
How To Survive 3 Under 3 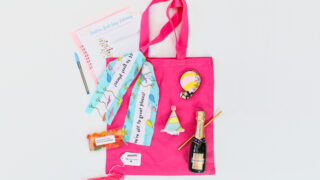 Next →
How to Host a Virtual Baby Shower
Click here to cancel reply.