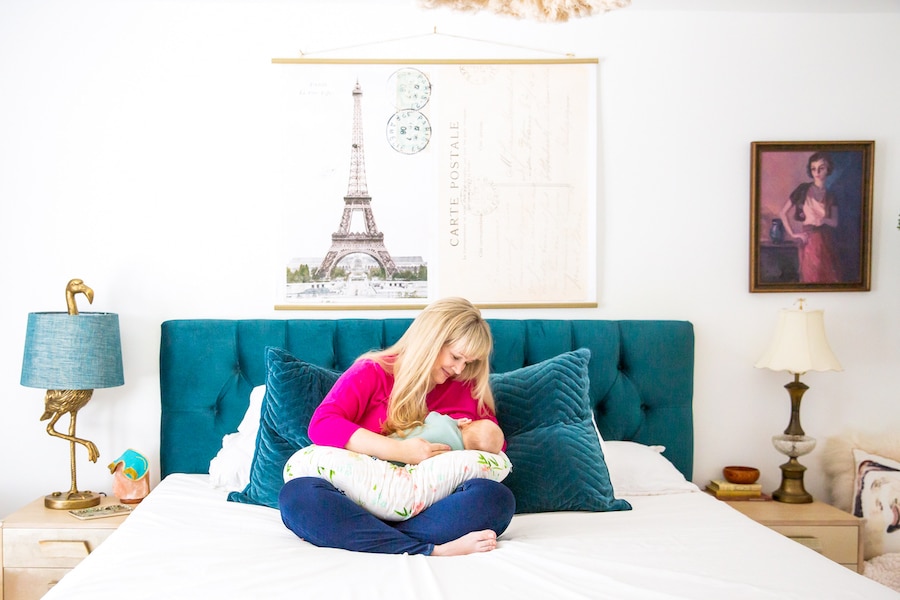 My breastfeeding journey really began with my twins. When my twins (Babies #1 and #2) were babies, I exclusively pumped for them for a little over 4 months. I only produced enough milk to feed one baby though, so we split what I made between the two babies and then supplemented with formula. I never got the hang of latching them without the direct assistance of a lactation consultant and I cried every single time I pumped because I unknowingly had painful nipple thrush for the first 6 weeks up until my first postpartum doctor’s appointment where my doctor diagnosed it as thrush.

So having been able to successfully breastfeed Calder this long has been a real victory for me personally! As a “second time mom” I made a plan before he was born to do everything I possibly could to set us up for breastfeeding success including: 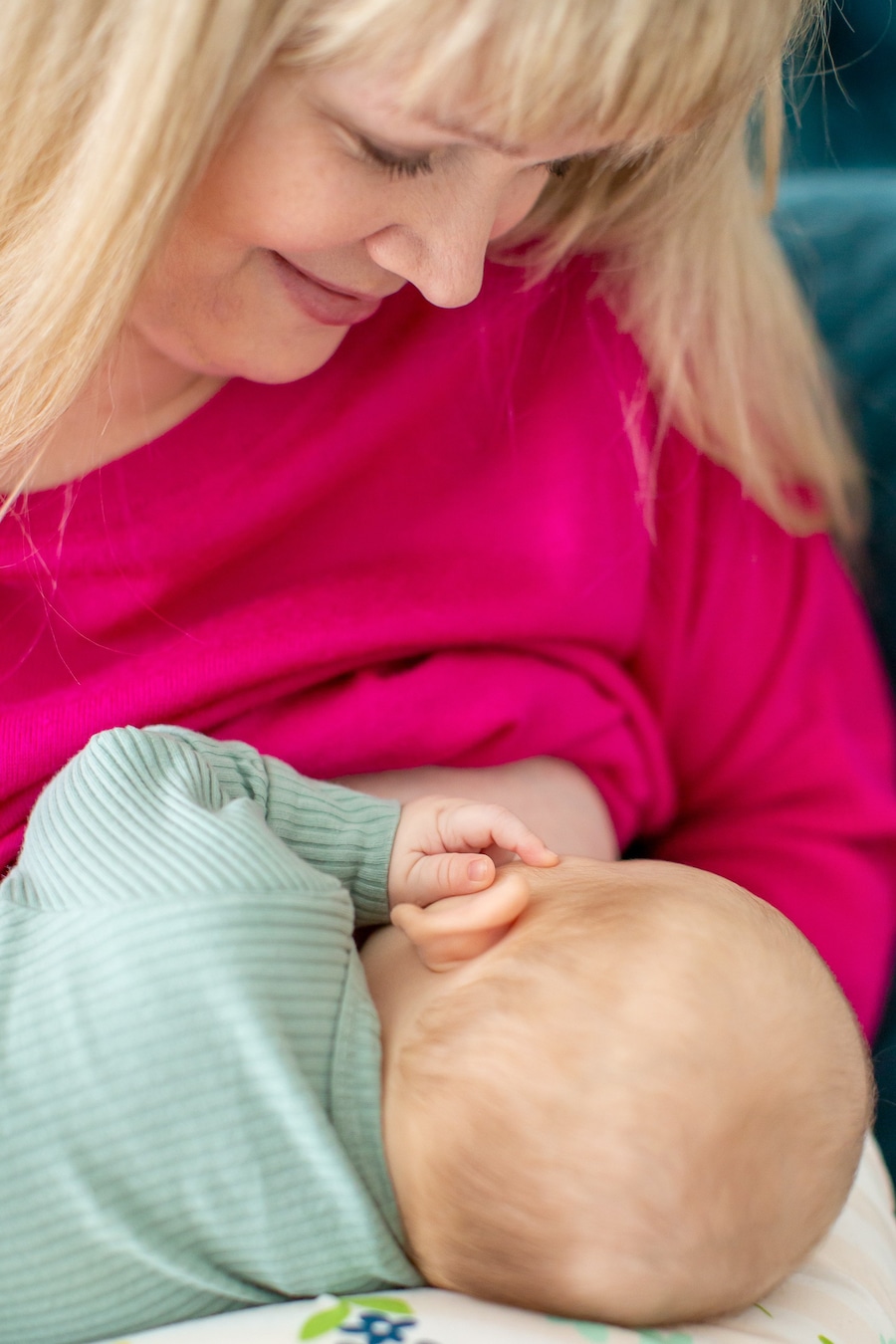 This time around, I did more research. With my twins, I had taken a breastfeeding class at the hospital and done some reading, but this time around I watched these breastfeeding videos by Stanford Medicine. Because the videos were re-iterating what I had already learned from my previous classes, reading, and lactation consultant with the twins, it made it easier to watch the videos and “relearn” what I already knew about breastfeeding which is make the nipple into a “hamburger or sandwich”, wait for the wide open mouth, and get a good, deep latch.

My OBGYN and I also discussed the odds of having nipple thrush again. She told me that she had nipple thrush with each of her pregnancies and it was likely that I would develop it again, too. Due to the pandemic, we discussed proactively prescribing me the oral medication needed for nipple thrush and sending it home with me from the hospital. I would then call or email her office and let her know my symptoms if I developed any and take the medication. And sure enough, I did develop nipple thrush and it got bad pretty quickly, so I took the oral medication and emailed my doctor to let her know so she could update my chart.

However, the one mistake I had this time around was that I didn’t research the best breastfeeding positions for after a C-Section. Everything I watched and learned was for a mom who had just had a vaginal birth and was able to sit up and move around easier and I was in way too much pain for some of those positions. 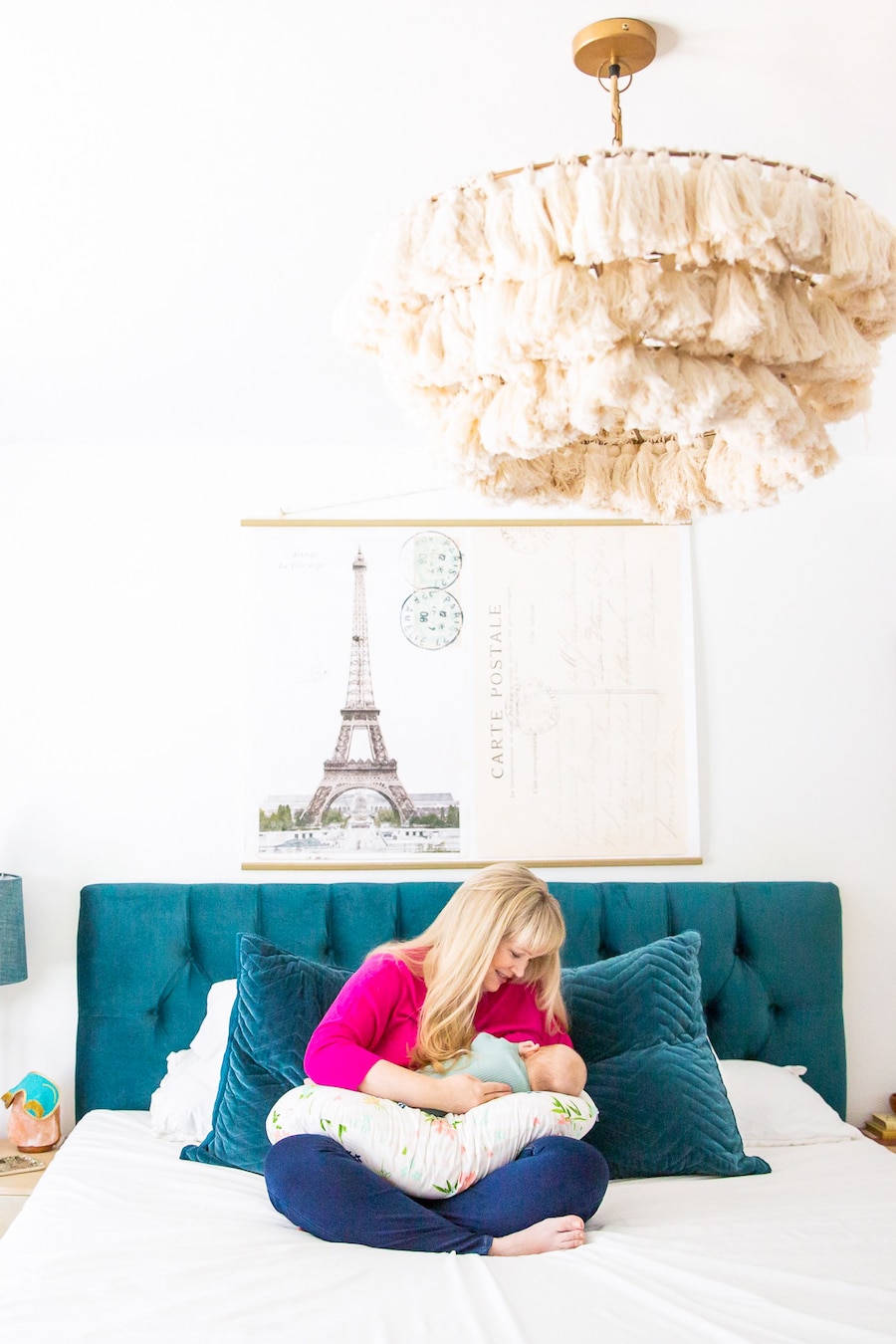 While you don’t necessarily need anything to breastfeed your baby, certain items and accessories definitely make it easier and as an older mom with two toddlers running around, I need all the help I can get. I already had several items leftover from when my twins were babies including:

But I stocked up on a few other items to set me up for success including: 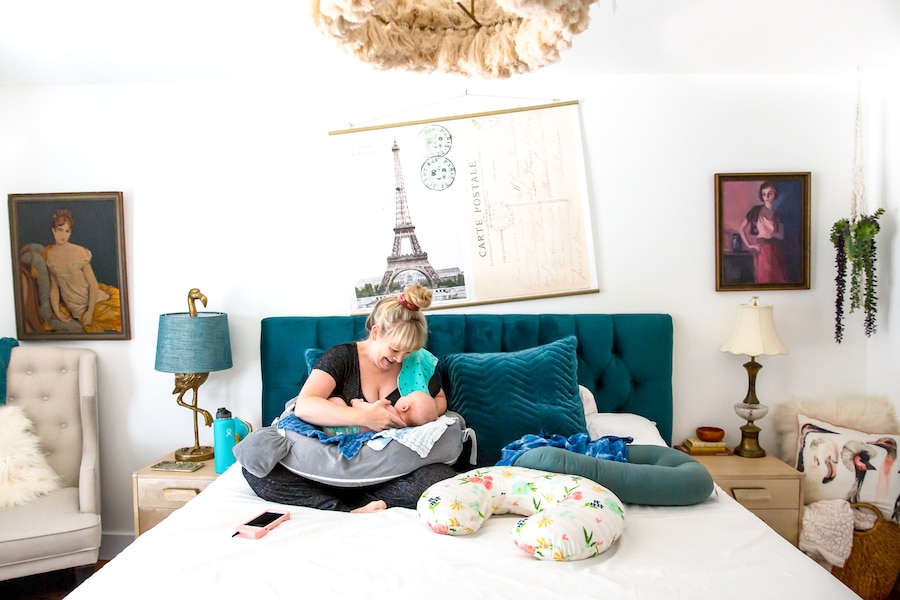 I’ve also shared a post rounding up 30 Essential Breastfeeding Supplies to Make Nursing Easier which includes all of the above items and more. 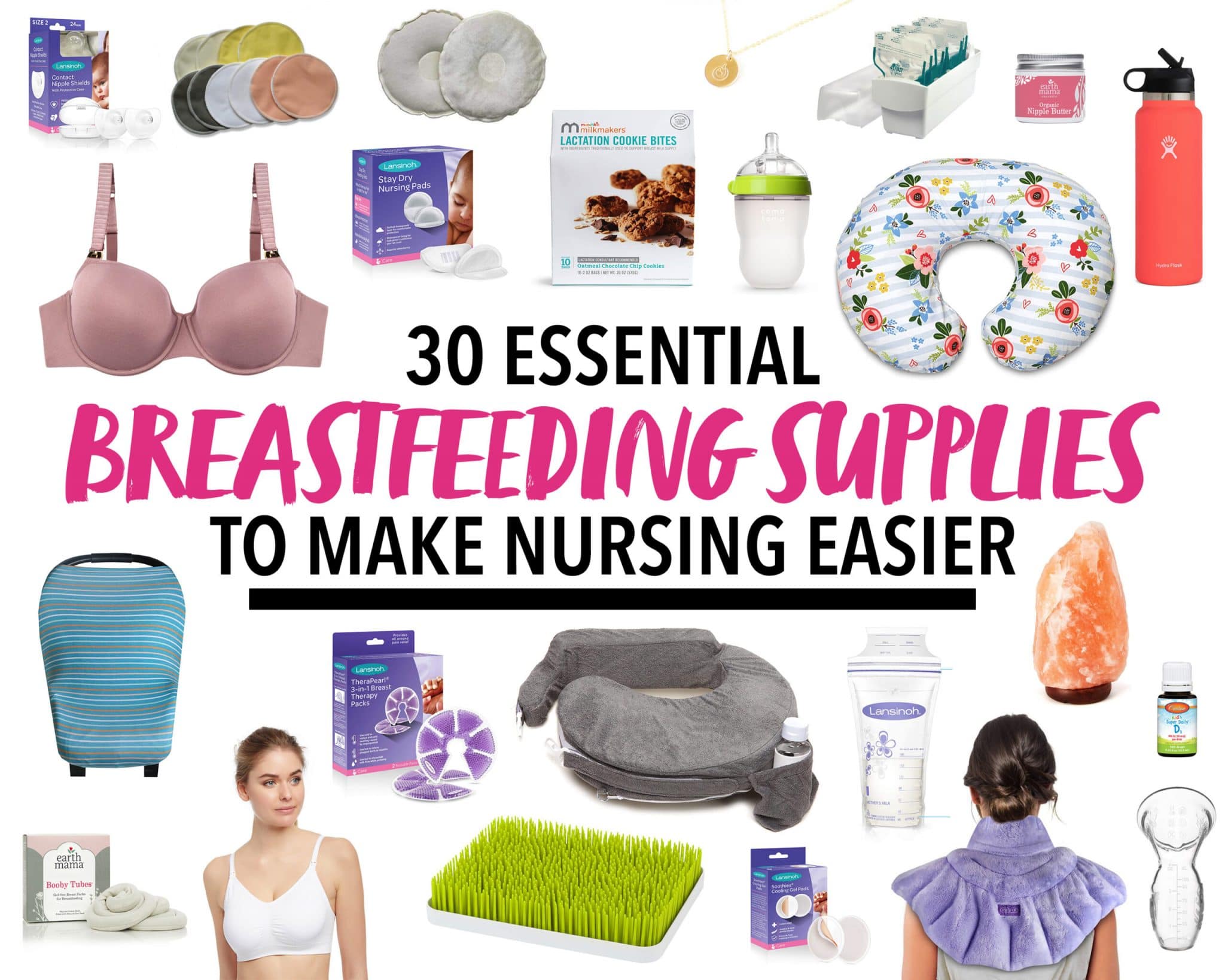 I’ve shared my story of giving birth to the twins in a so-called “baby friendly” hospital where the hospital has (supposedly) breastfeeding friendly policies and all the issues that I experienced with said policies, so I made a birth plan for Calder that I felt was more breastfeeding friendly or perhaps maybe more “mom-friendly.”

In my birth plan, I included having him laid on top of me nearly immediately after his birth during my C-section. With the twins, I didn’t get to meet them for 20+ minutes and I only saw them for a few seconds before they were taken away, but Cal was on top of me within 10 minutes and I held him there while they completed my tubal ligation and C-section.

Also, I asked for the hospital’s lactation consultant almost immediately upon moving into the postpartum room and asked for her to come back often. With my twins, they were born on a Friday and the lactation consultant never showed up that day (despite repeated offers/requests) and they don’t work on weekends, so I didn’t meet with one until the following Monday, right as we were being discharged. With Cal, I met with a lactation consultant that day as well as the next day before we went home.

This time, I also had my private lactation consultant booked for an at-home visit the day after we came home from the hospital. With the twins, I didn’t hire a lactation consultant and meet with her until probably 3-4 weeks after the twins were born. After meeting with her, I realized I should have had her there right away, so this time, I called her while I was still pregnant and arranged to have her come for an at-home visit once we got home from the hospital with Cal.

Like I mentioned, I didn’t do enough research for post-C-section breastfeeding positions, especially since we went home the day after my C-Section and I was still in a lot of pain, but luckily my lactation consultant helped me with positions that didn’t require sitting up all the way or put pressure on my incision. 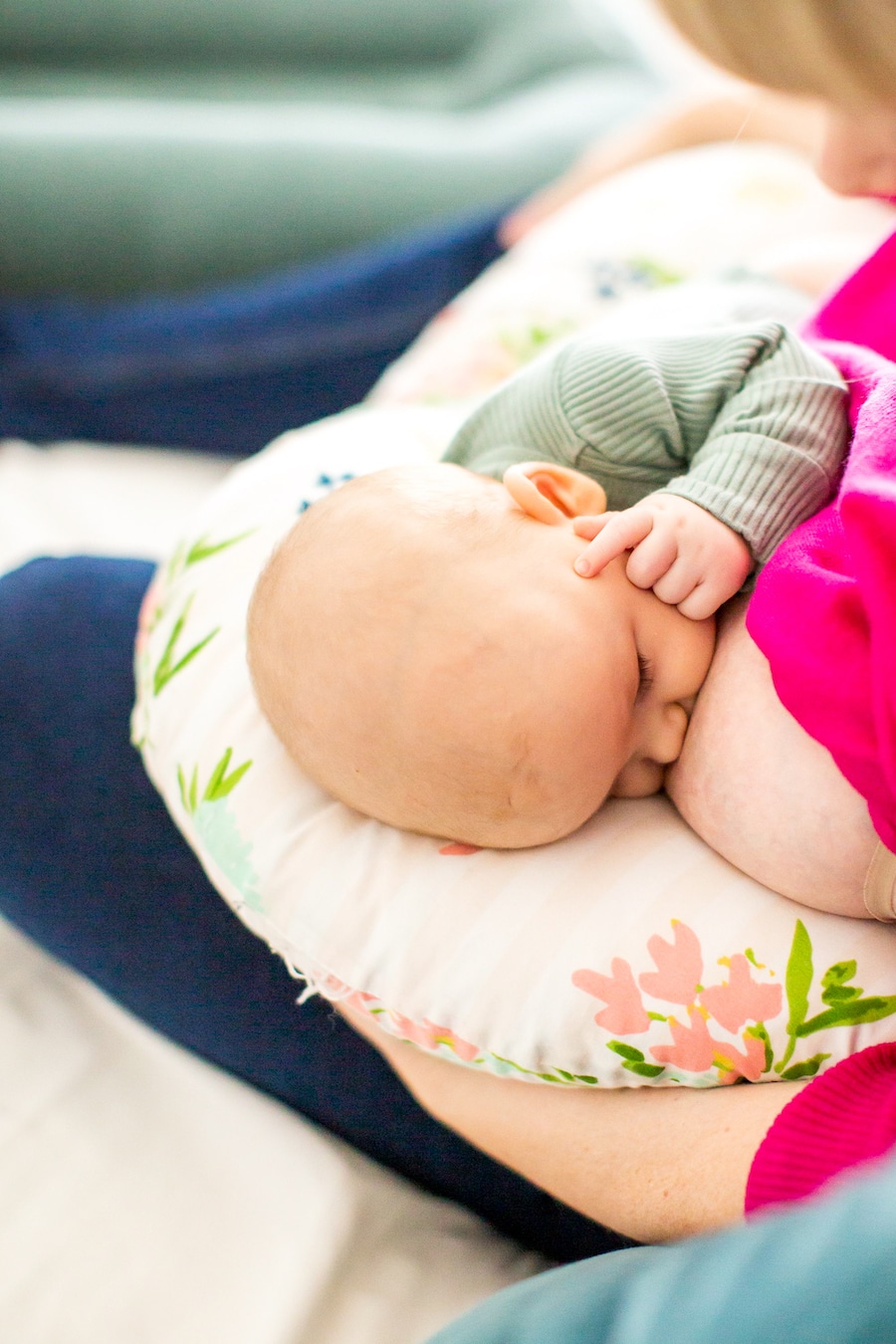 I dealt with nipple thrush in the very beginning as well as sensitive, painful nipples. The pain did go away around 3 months! I also had milk over-production which of course is better than milk under-production, but then there’s the engorgement pain as well as the mess of leaky boobs all the time! 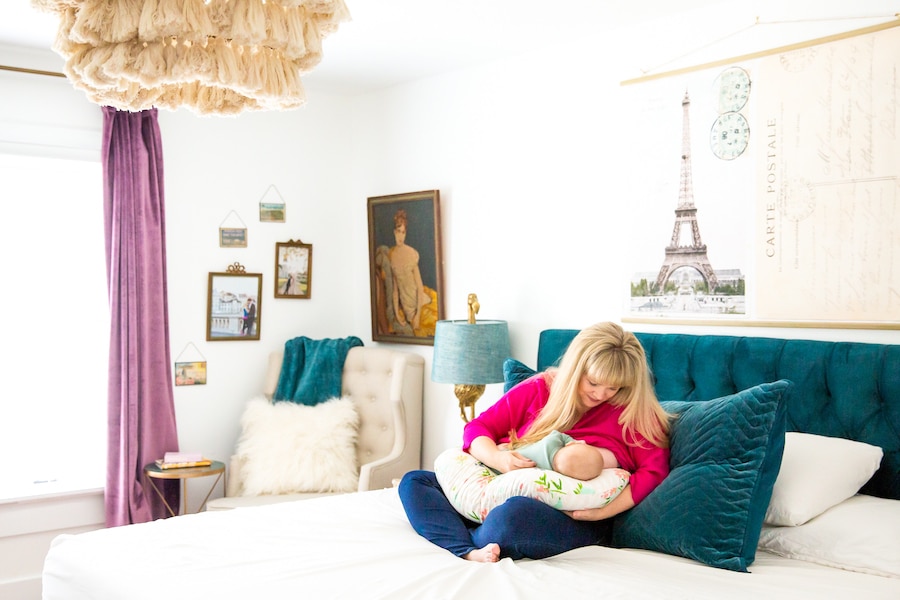 Cal also will not take a bottle! He has been with me exclusively for the last nine months except for the two times I’ve gone to the hair salon to get my hair done. To be honest, I need a break. But thanks to the pandemic, it’s not like I really have anywhere to go so I haven’t gone through the process or stress of trying to get him to accept a bottle – I figure we’ll just skip that step and I’ll work with him on drinking from a straw cup sooner than later.

Cal still wakes 2-3 times per night to feed and because of health complications (he was diagnosed with FPIES, a gastro-intestinal food allergy) and daytime distractions (having slightly older twin siblings means a noisy house with lots of distractions), I’ve continued to wake up and feed him rather than wean from night feedings. I’m hoping that as we introduce more “safe” solid foods, he’ll get more calories during the day and I can start getting more sleep at night.

Around eight months, Cal started biting me because he’s teething. Luckily, he didn’t (and still doesn’t) have any teeth yet, but it still hurts. I’ve been doing everything that the breastfeeding websites recommend – don’t yell or scream, simply tell the baby that nipples are not for biting, and offer the baby something else to bite instead. The breastfeeding websites say it might take a few days or a week, but that it should stop. Well, it didn’t stop. He kept biting me for about a month, so I made some teething/nursing necklaces and they’ve definitely helped! Here’s the link to my DIY Teething or Nursing Necklace Tutorial. 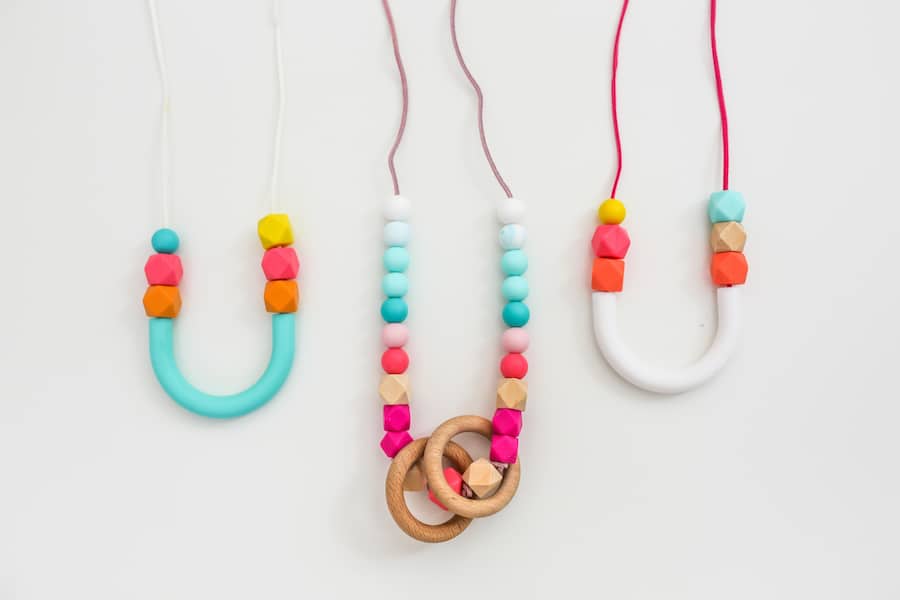 I’m really happy we’ve made it to nine months of breastfeeding and my next goal is one year. After that, we’ll just keep going until Cal decides he wants to stop!

Thanks for reading my breastfeeding story and if you have any questions about anything, please do not hesitate to reach out! 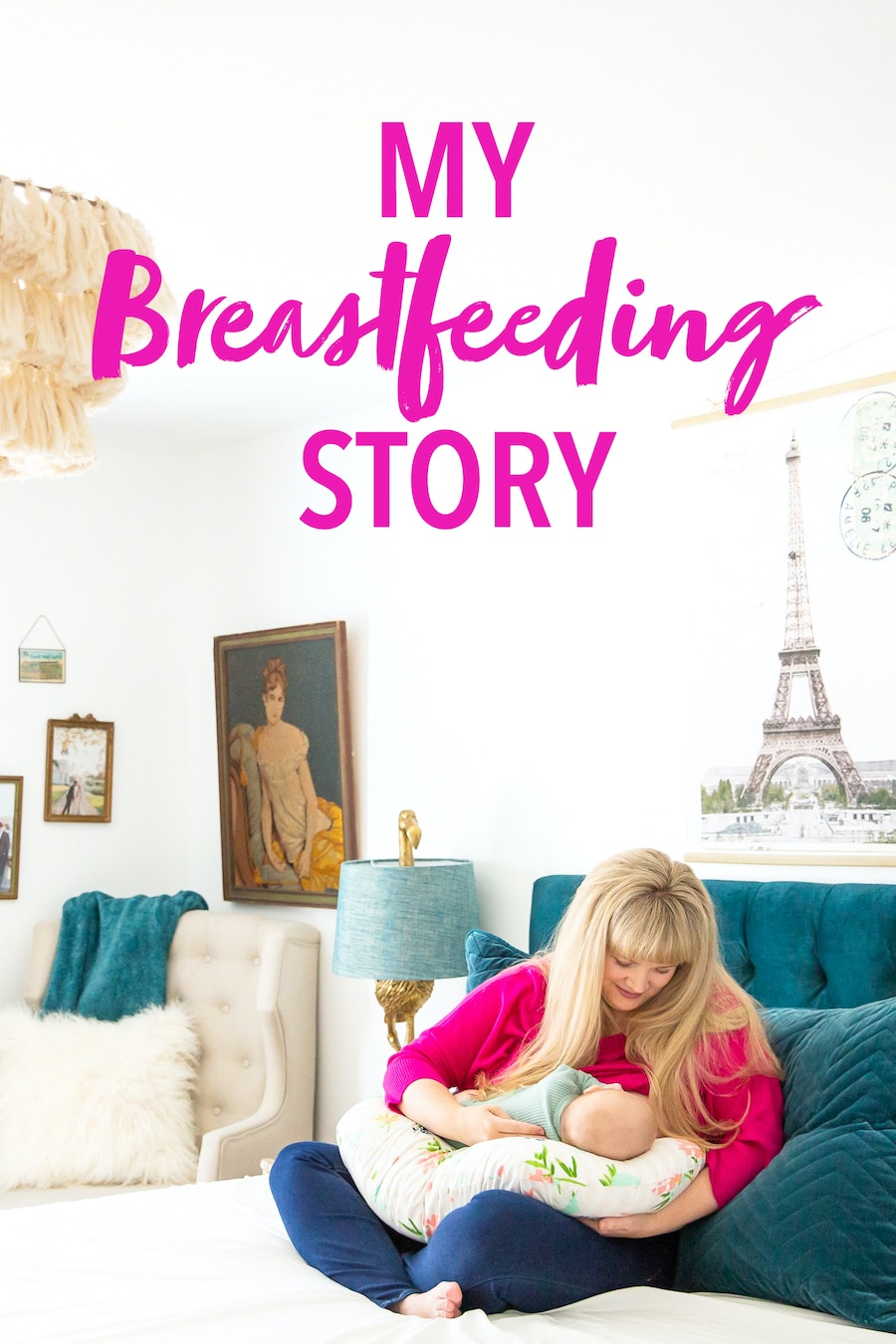 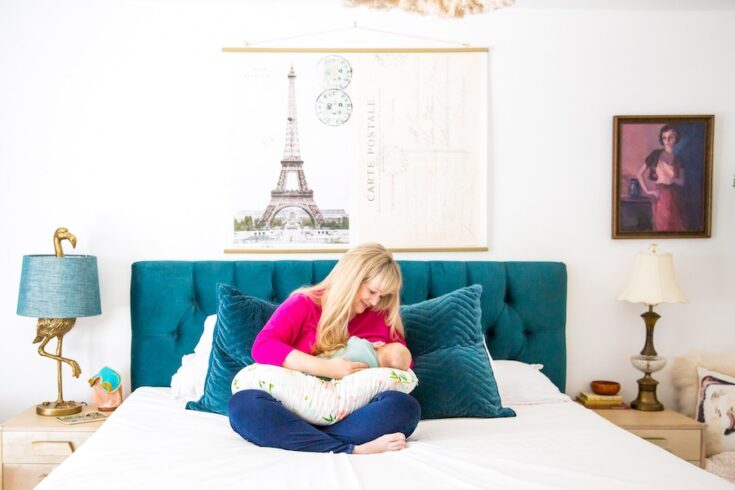 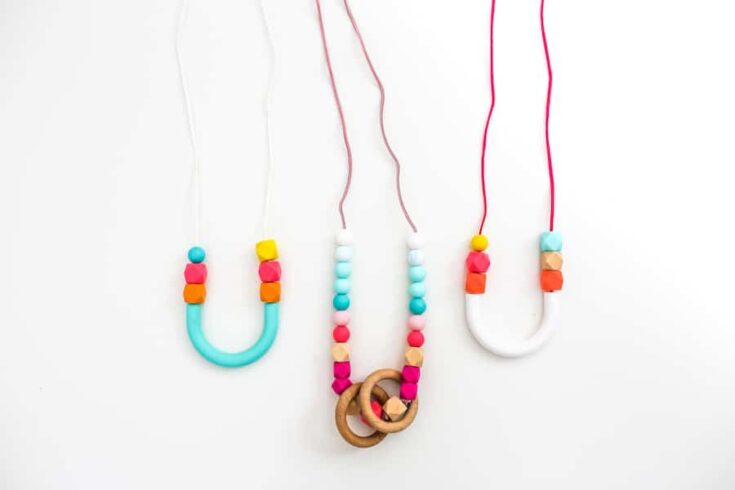 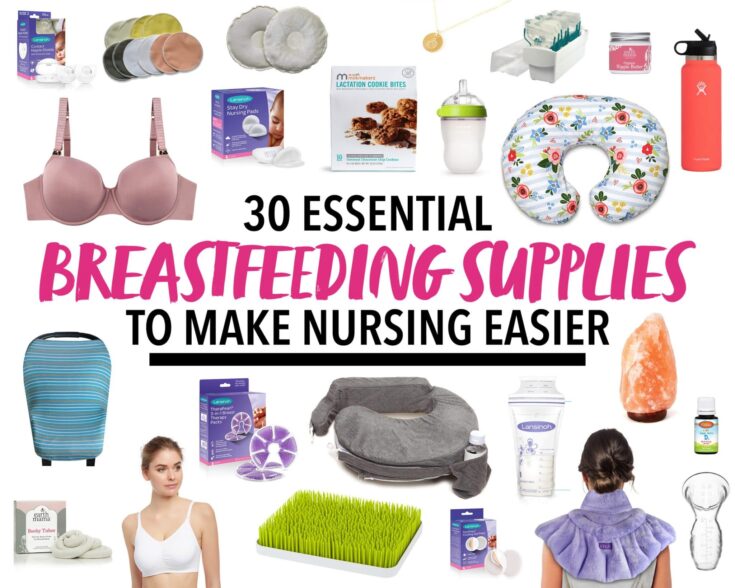 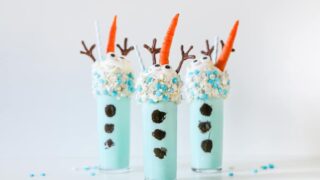 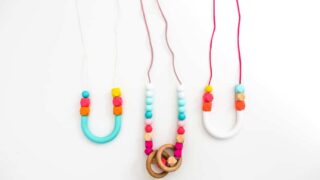