This might be my favorite caramel apple! It’s an apple pie caramel apple! A caramel-dipped apple which has then been rolled in baked pie crust crumbles and then drizzled with caramel and white chocolate for some extra fanciness.

If you want to make your own pie crust, I’m sure it would be even better, but I was a bit lazy and simply used a pre-made pie crust. I gave it an egg white wash before dusting it with a cinnamon and finishing sugar mix. Popped it in the oven for a bit and then broke it into little pieces for apple rolling. 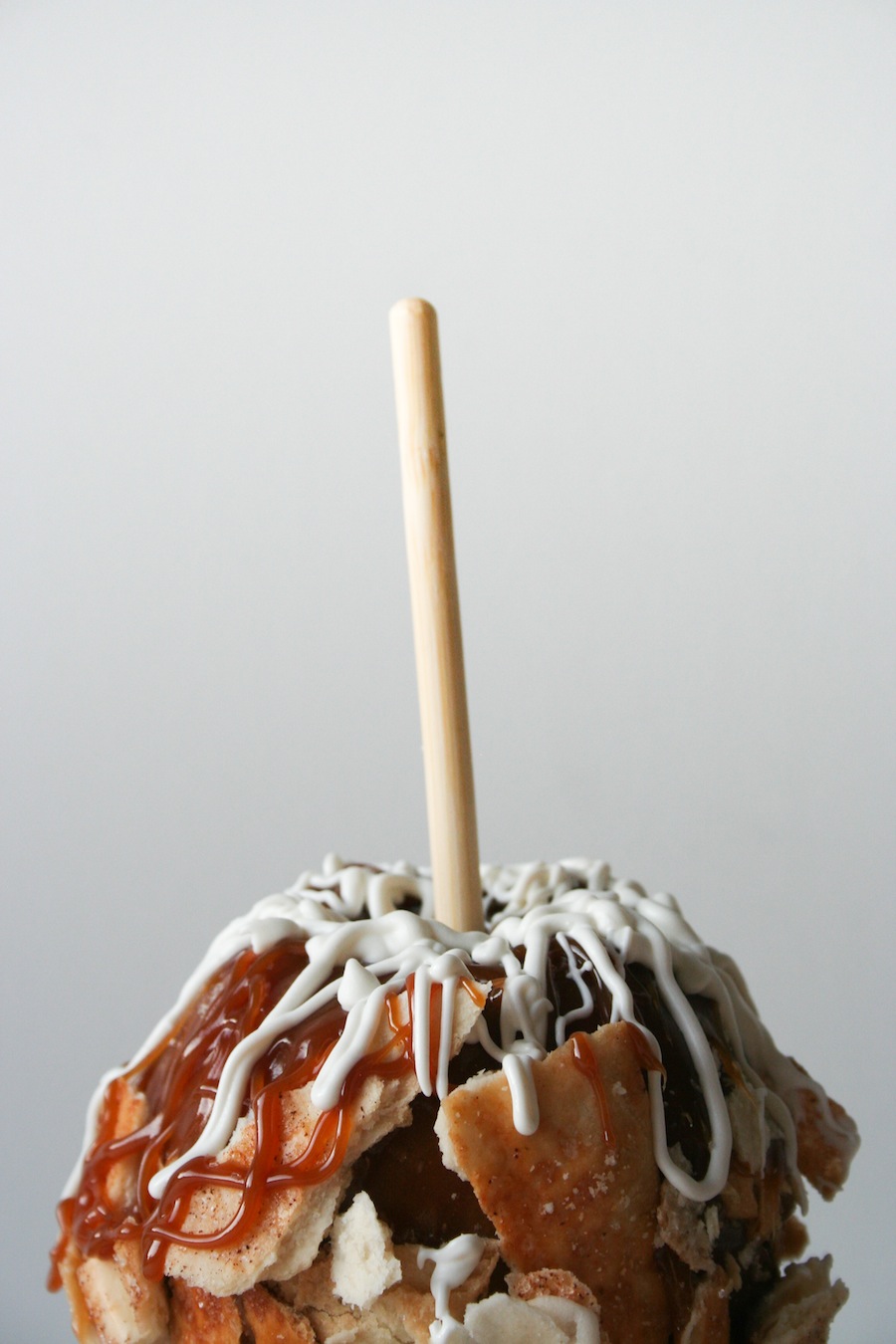 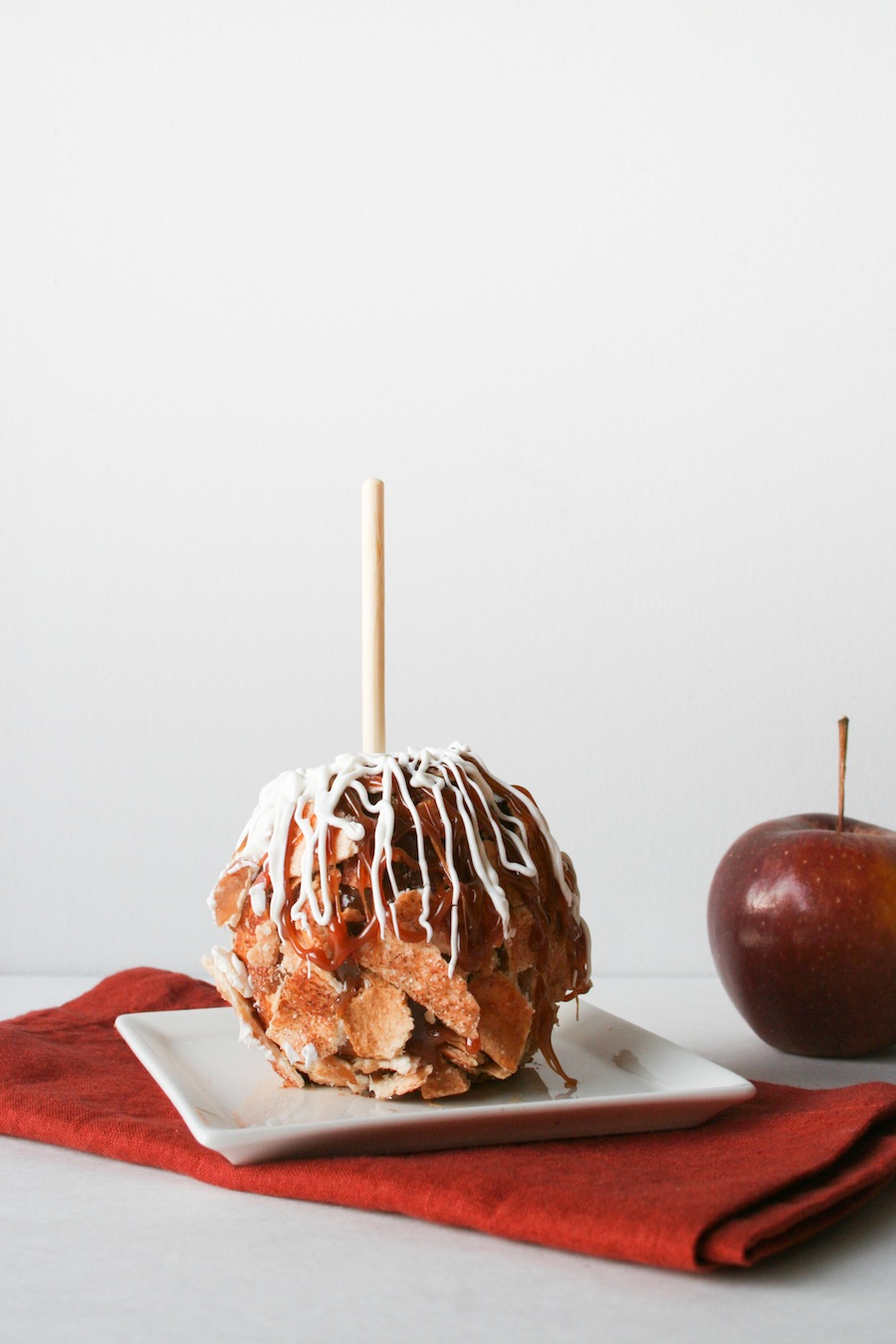 And if you’ve been following along with my weekly caramel apple recipes, you’ll know I’ve also been including some tips and tricks. Today’s tip is to dunk the apple in enough caramel sauce to cover the very base of the stick where it was inserted into the apple. By doing this, you seal the hole which will preserve the apple a bit longer if you need to make these a day or two before a big party or event! After you make the apples, just store in the refrigerator and you’re good to go!

But back to the Apple Pie Caramel Apple: 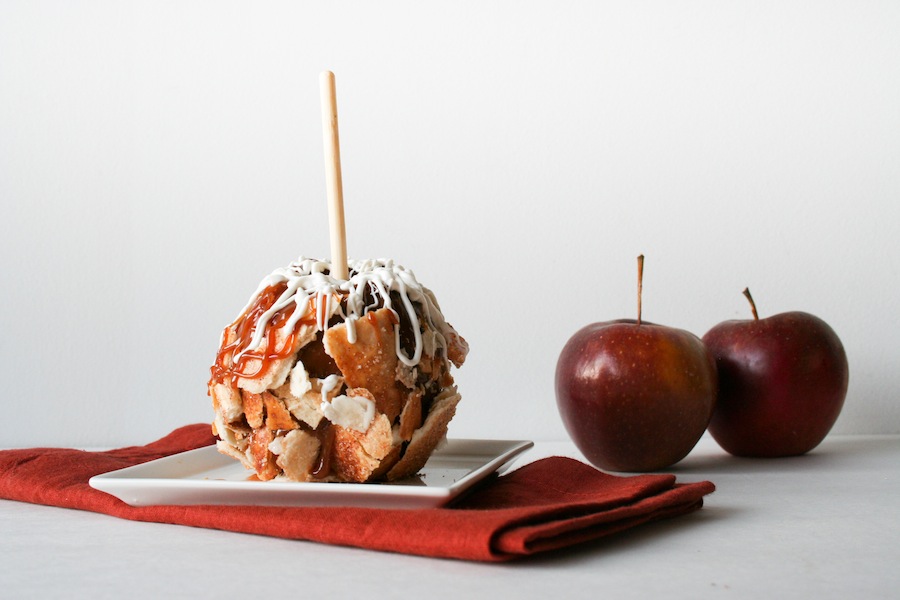 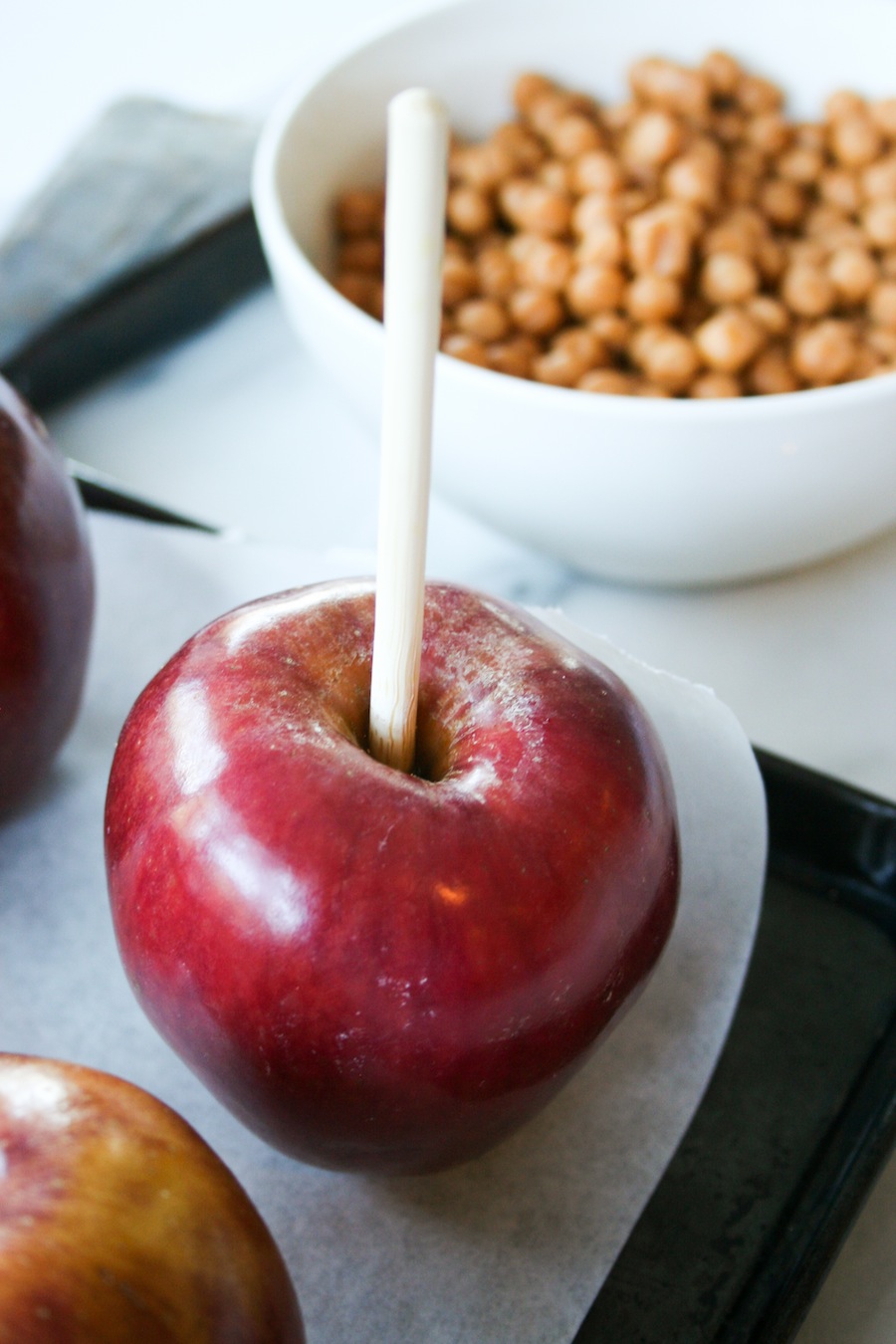 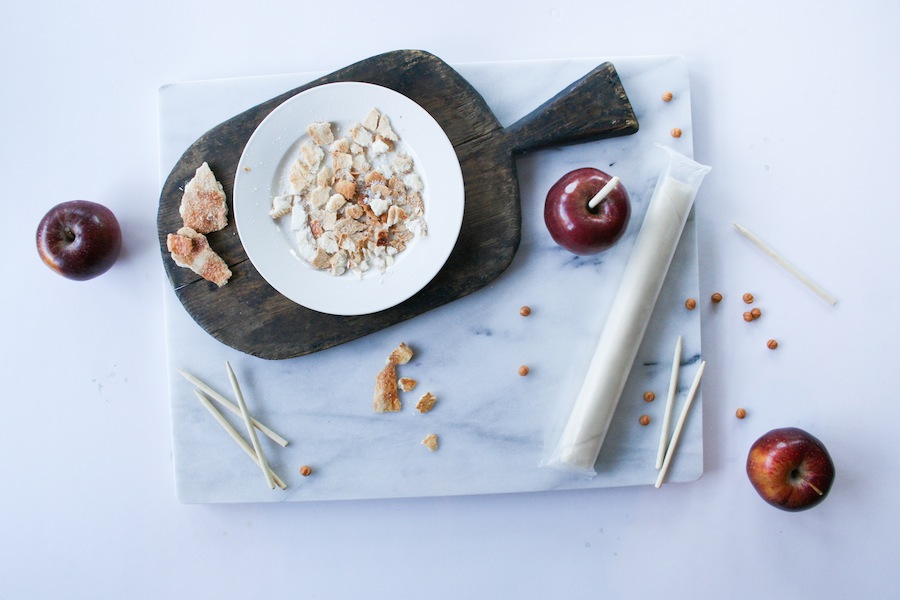 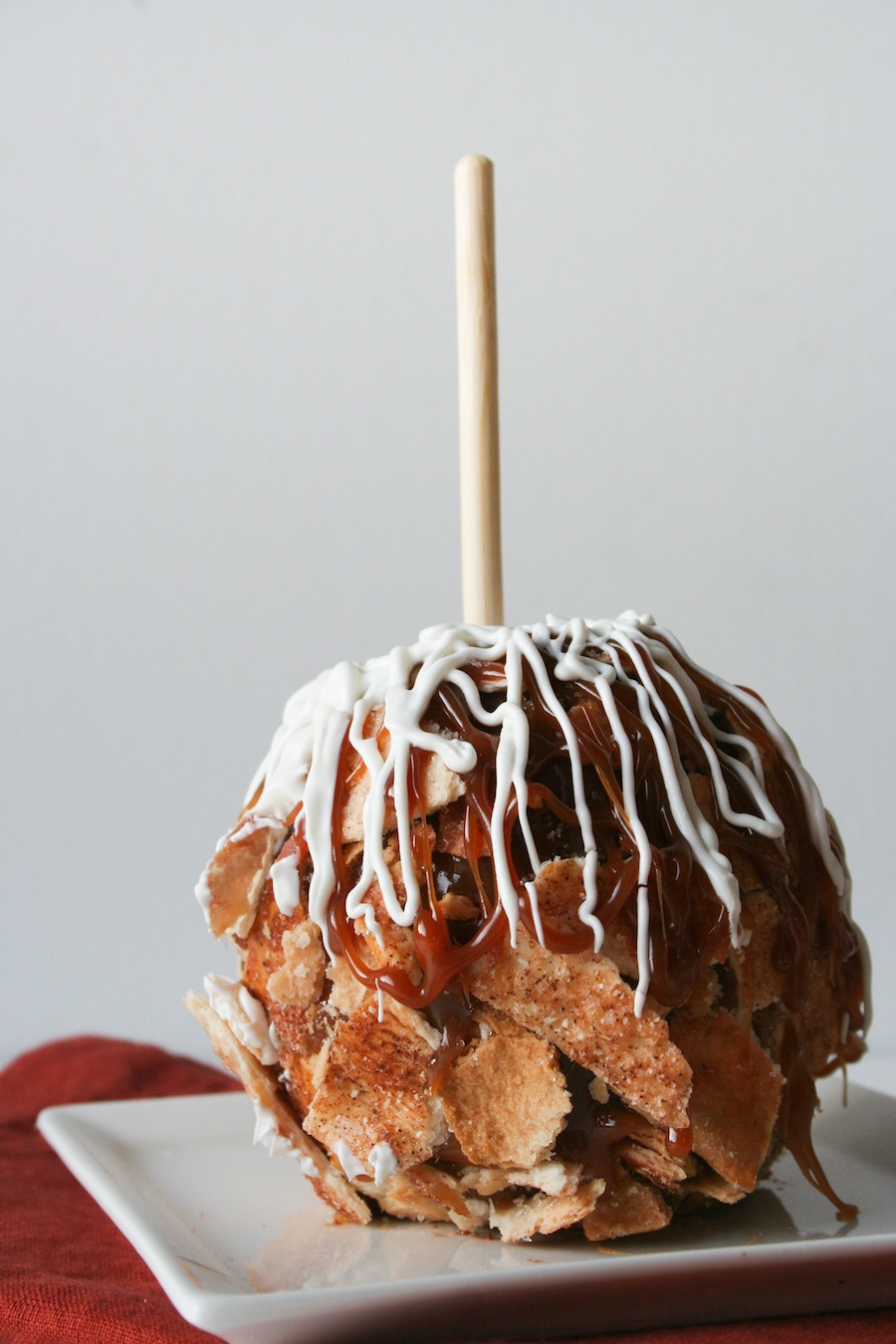 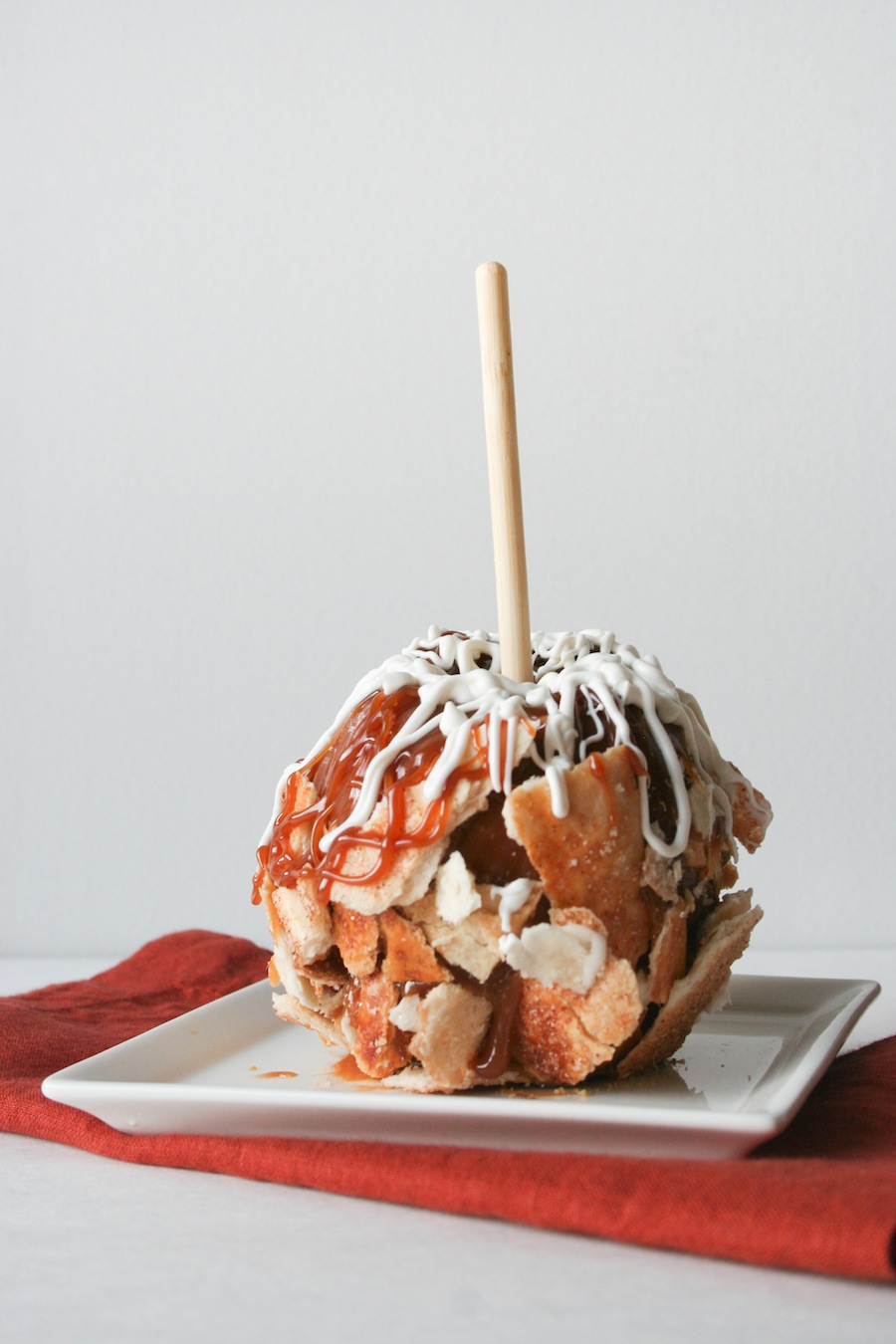 Now I know today is the last Friday in September, but I’ve got one more caramel apple recipe for you and I’ll be sharing it next Wednesday! And if you missed the first few, I’ve got them for you right here: White Chocolate Potato Chip Caramel Apple, S’mores Caramel Apple, and Sriracha Ranch Popcorn Caramel Apple. 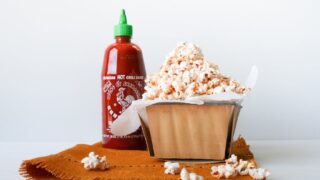 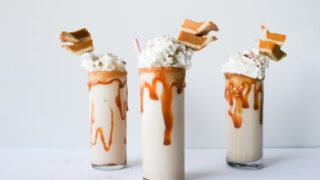