I have been wanting to make the Perfect Cinnamon Rolls for Christmas day breakfast for years! And I decided this is the year to start that new tradition! I decided to try my hand at making the most perfect cinnamon rolls before the big day with all the stress that comes with family in town, presents to unwrap, etc. so we don’t end up eating cereal on Christmas morning. 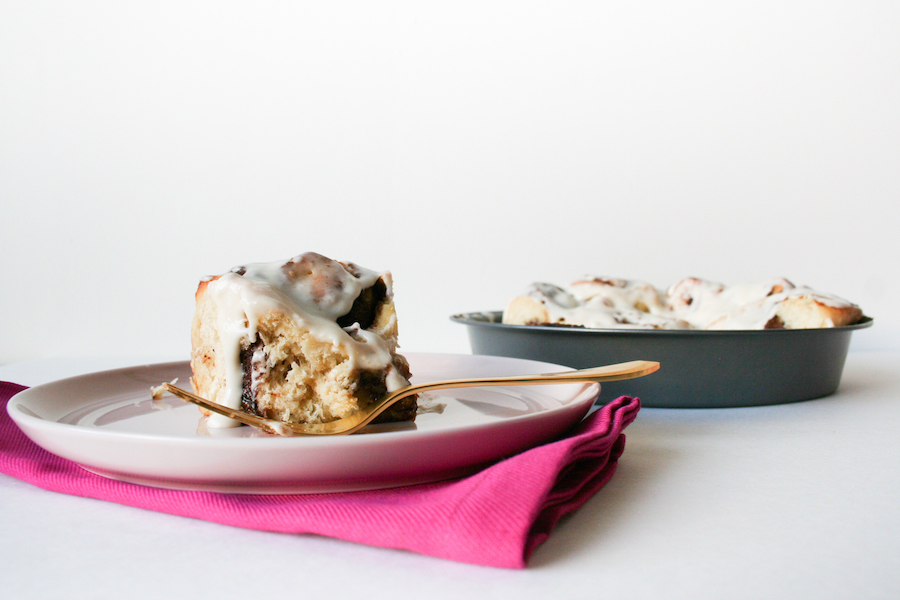 And let me just say that if you think these are hard to make, let me tell you that I made these cinnamon rolls with 9 people in my kitchen installing new windows and doors, measuring for cabinets, and with half of my kitchen behind plastic sheeting, so if I can make them in the middle of such a circus, then you can certainly make them on Christmas morning! 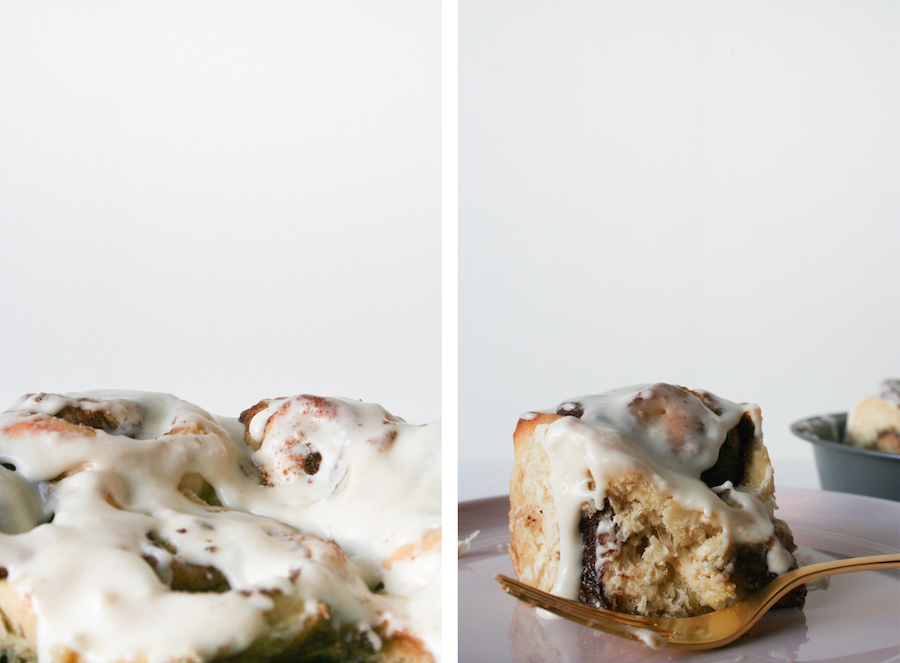 We don’t have a big family since both my husband and I are only children, so Christmas is usually just the two of us and both of our parents. Last year we made a full breakfast spread, but combined with making a full Christmas Day dinner, it made for a lot of dirty dishes to clean, so that’s why I think my cinnamon rolls idea is perfect! 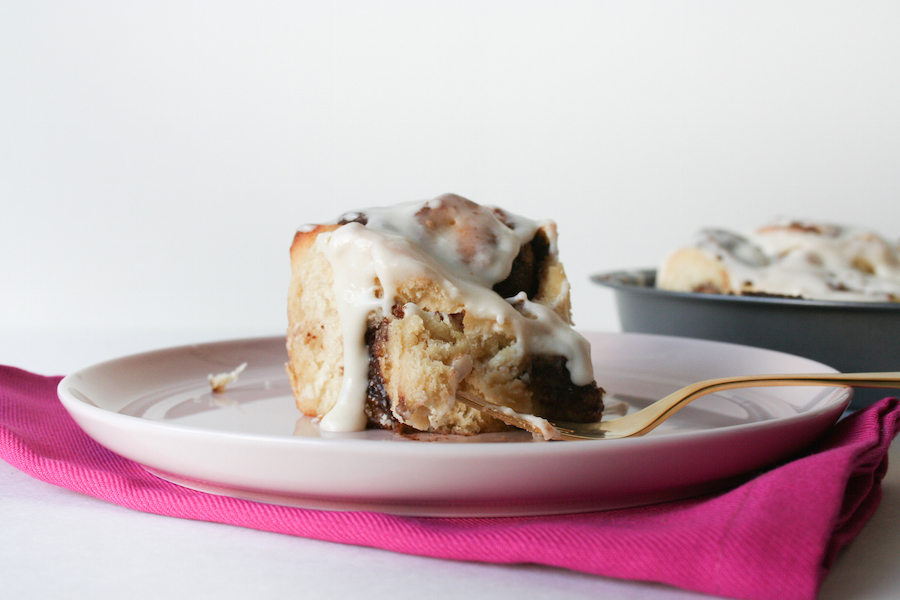 Plus, who doesn’t love a cinnamon roll? They are so ooey gooey good! I’ve often made the store-bought refrigerated ones on Sunday mornings to eat while reading the newspaper, but I’ve been doing a LOT of baking this year, and mostly doing breakfast recipes, so I wanted to add cinnamon rolls to my list of accomplished recipes.

You’ll need a few ingredients to make the Perfect Cinnamon Rolls, and the printable recipe for these amazing cinnamon rolls is below. 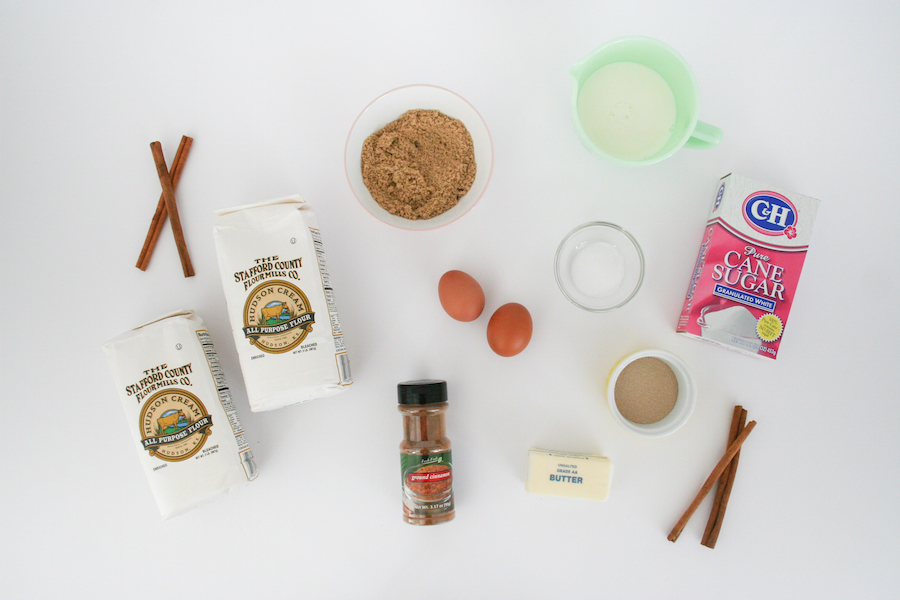 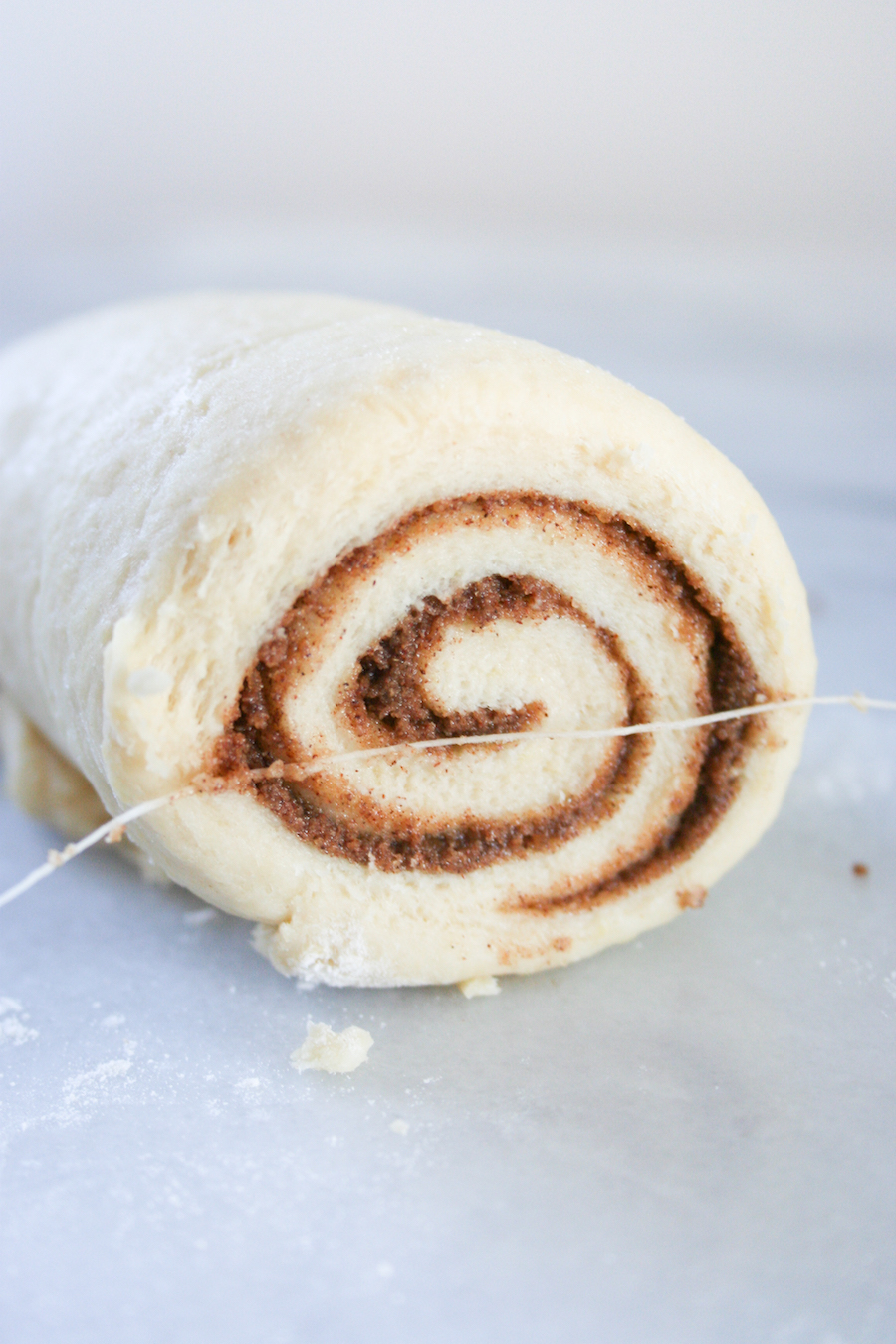 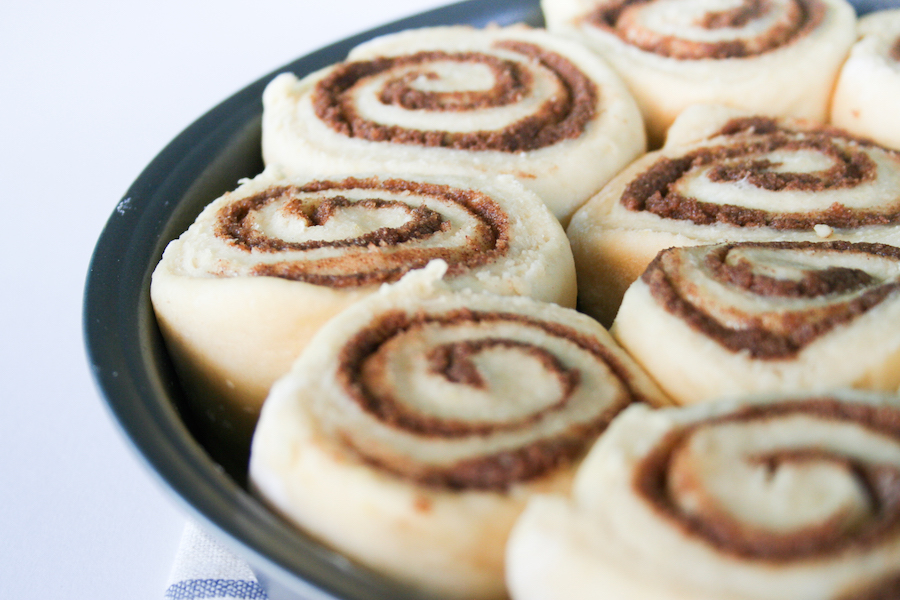 Here’s what you’ll need for the frosting: 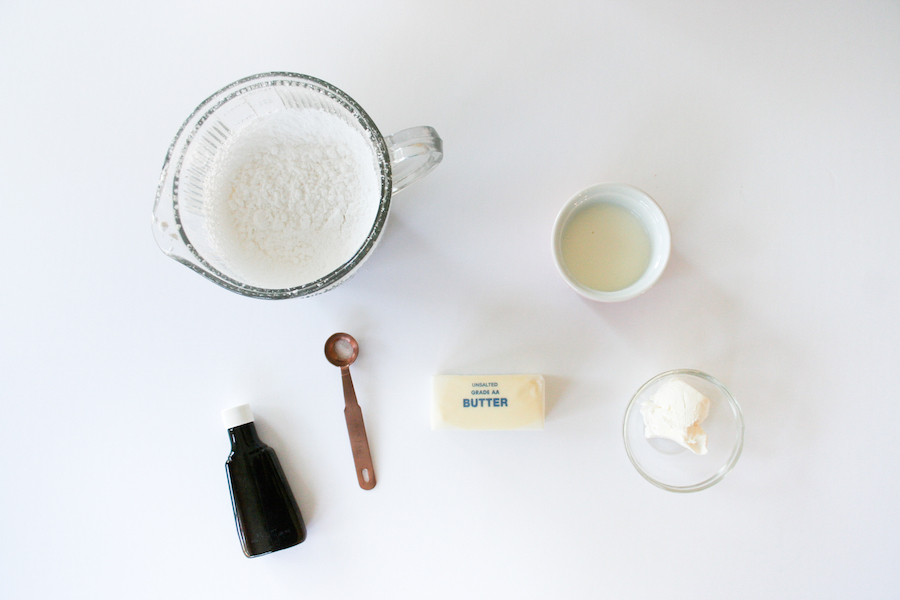 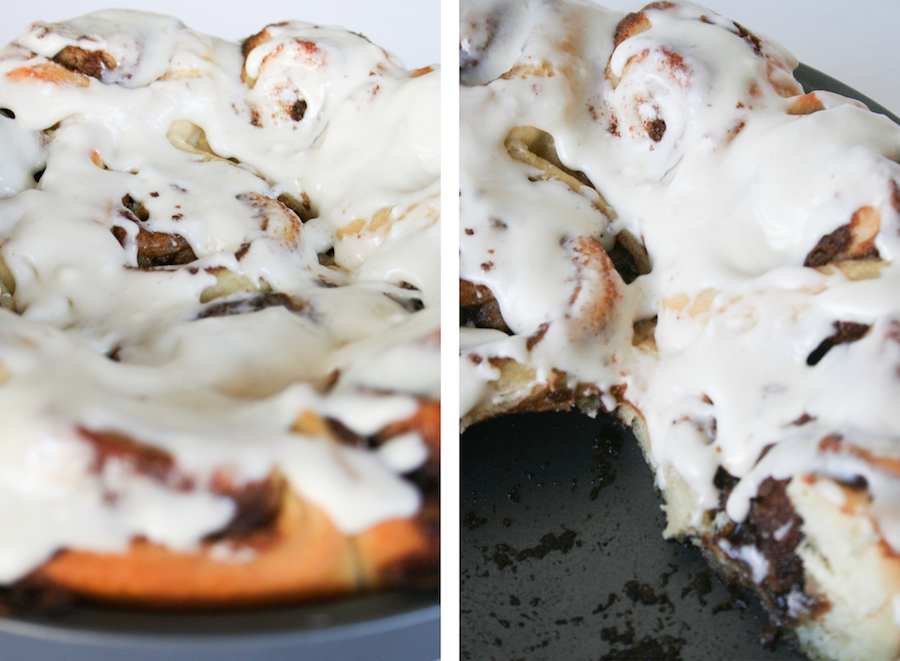 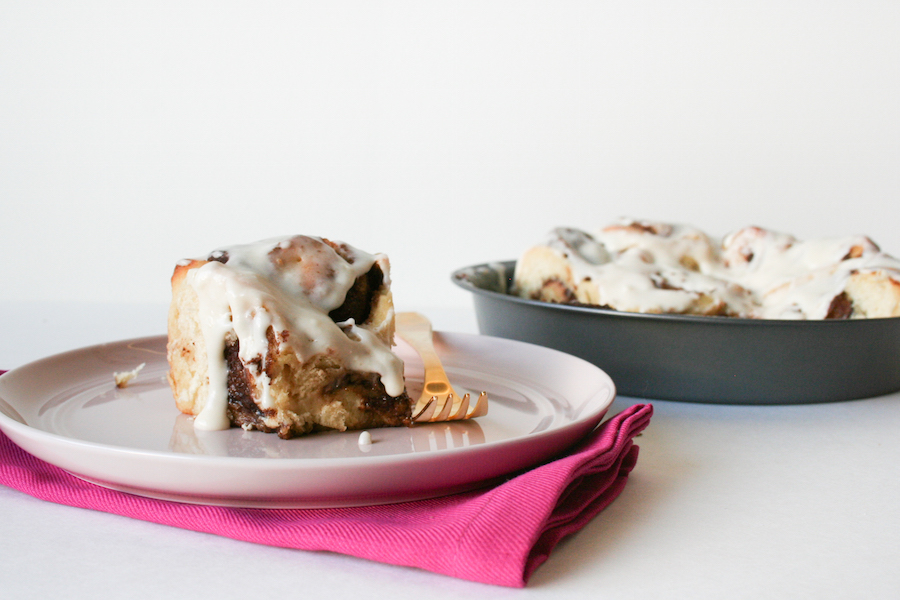 These cinnamon rolls were so good! But they might be a bit dense for some people’s tastes, so if you like your cinnamon rolls a bit light and fluffier, you might want tot try the tip of adding one potato (mashed) into the dough. Apparently, it adds “fluff” minus any added gluten. 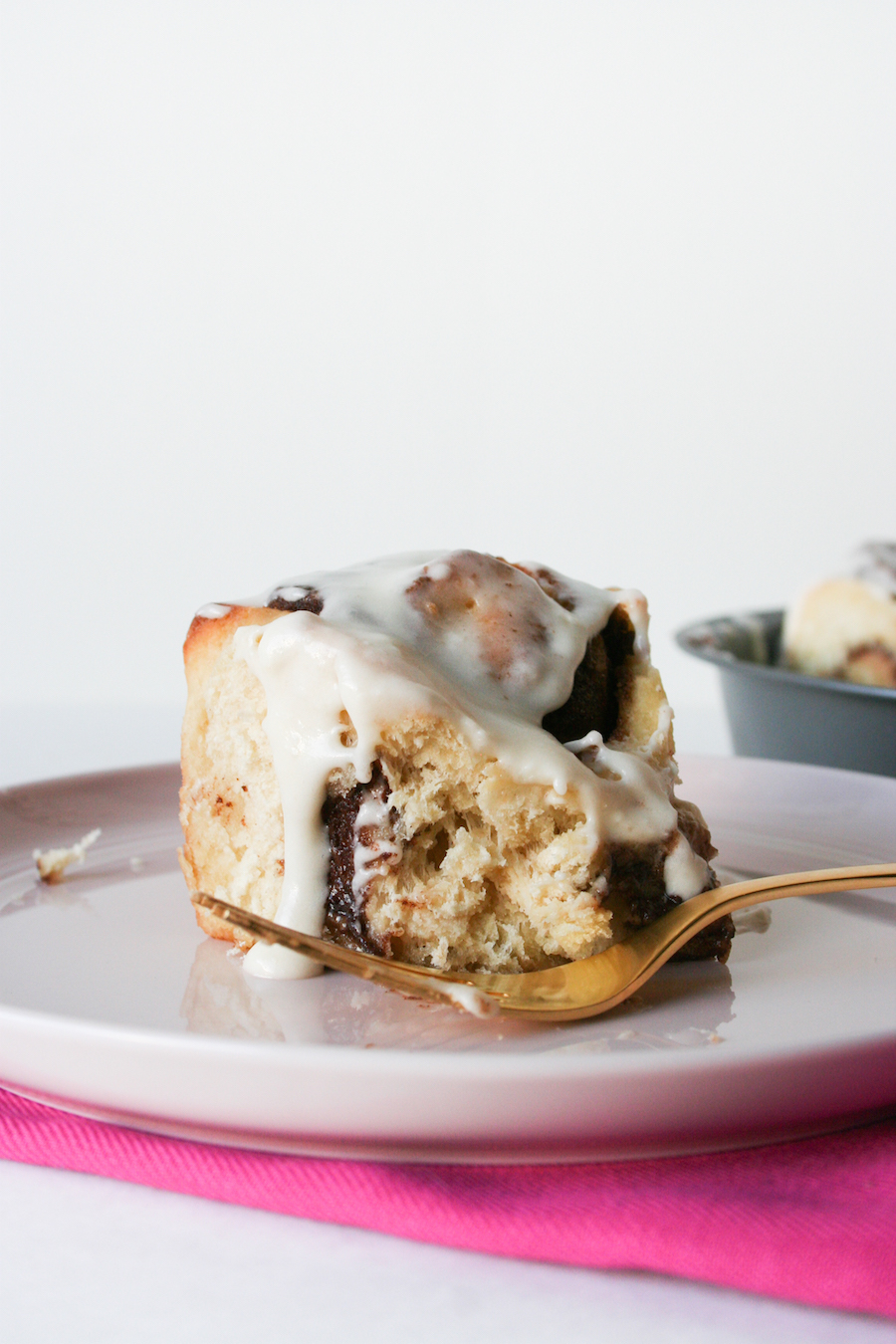 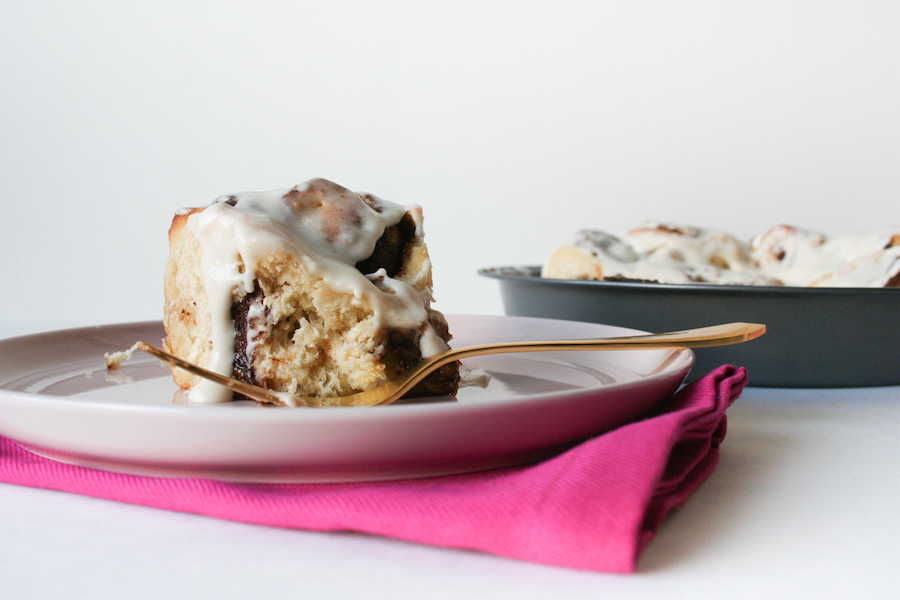 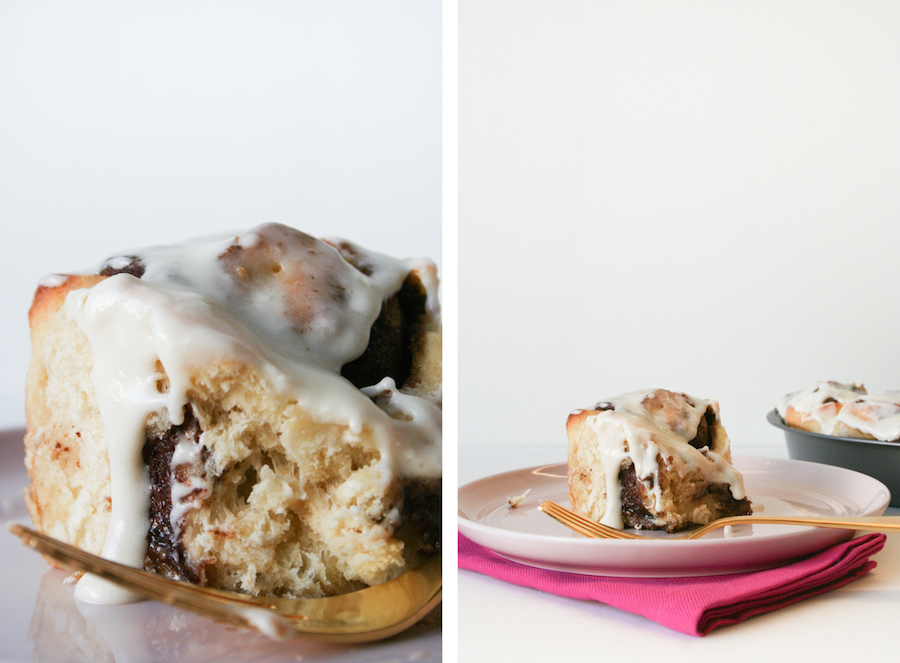 And then let me know in the comments below what you’re planning to make for breakfast on Christmas, just in case I want to change my menu! 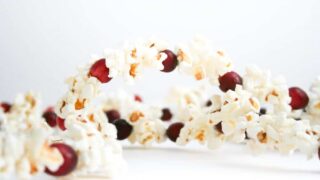 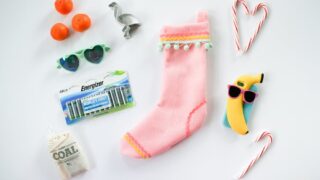 ???? OMG I have looked everywhere for a recipe that was just spectacular and I found one I want to say thank you for this wonderful recipe I will be using it all the time???

[…] few weeks ago I made homemade cinnamon rolls to get ready for Christmas, but I decided to try out my backup plan in case it’s another hot […]

Holy heck these look absolutely beautiful and are making my mouth water like crazy. I usually make overnight french toast but I might be making these this year! #client

Thank you for sharing!

This is the recipe I have used for years, 30 to be exact. I am going to make these for the holidays. I like that you use lots of cinnamon. My original recipe called for 1 tablespoon and the result was a hint of cinnamon rather than the full flavor.