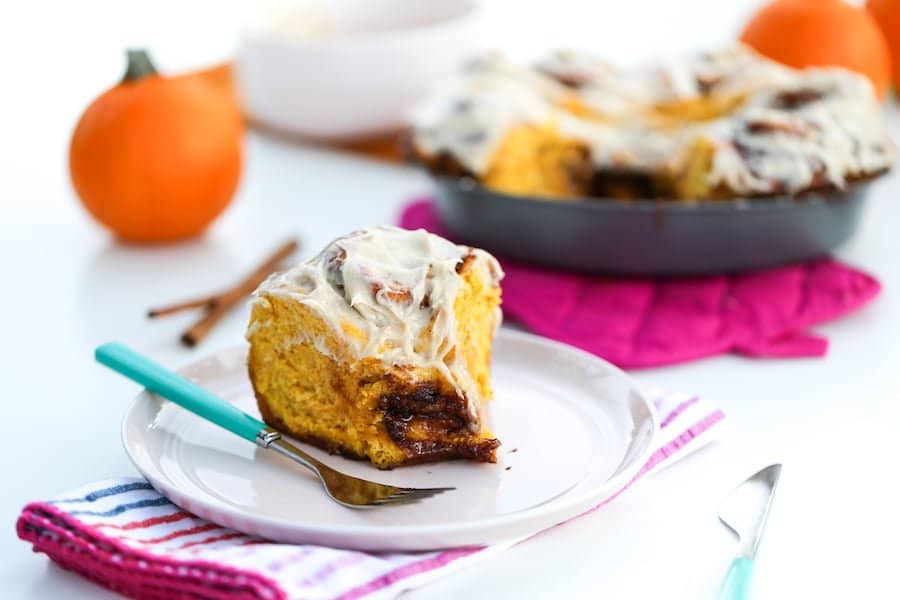 There’s no better way to welcome cooler weather than with cinnamon rolls! I decided to add some fall flavor by making them Pumpkin Cinnamon Rolls and they are SO good! 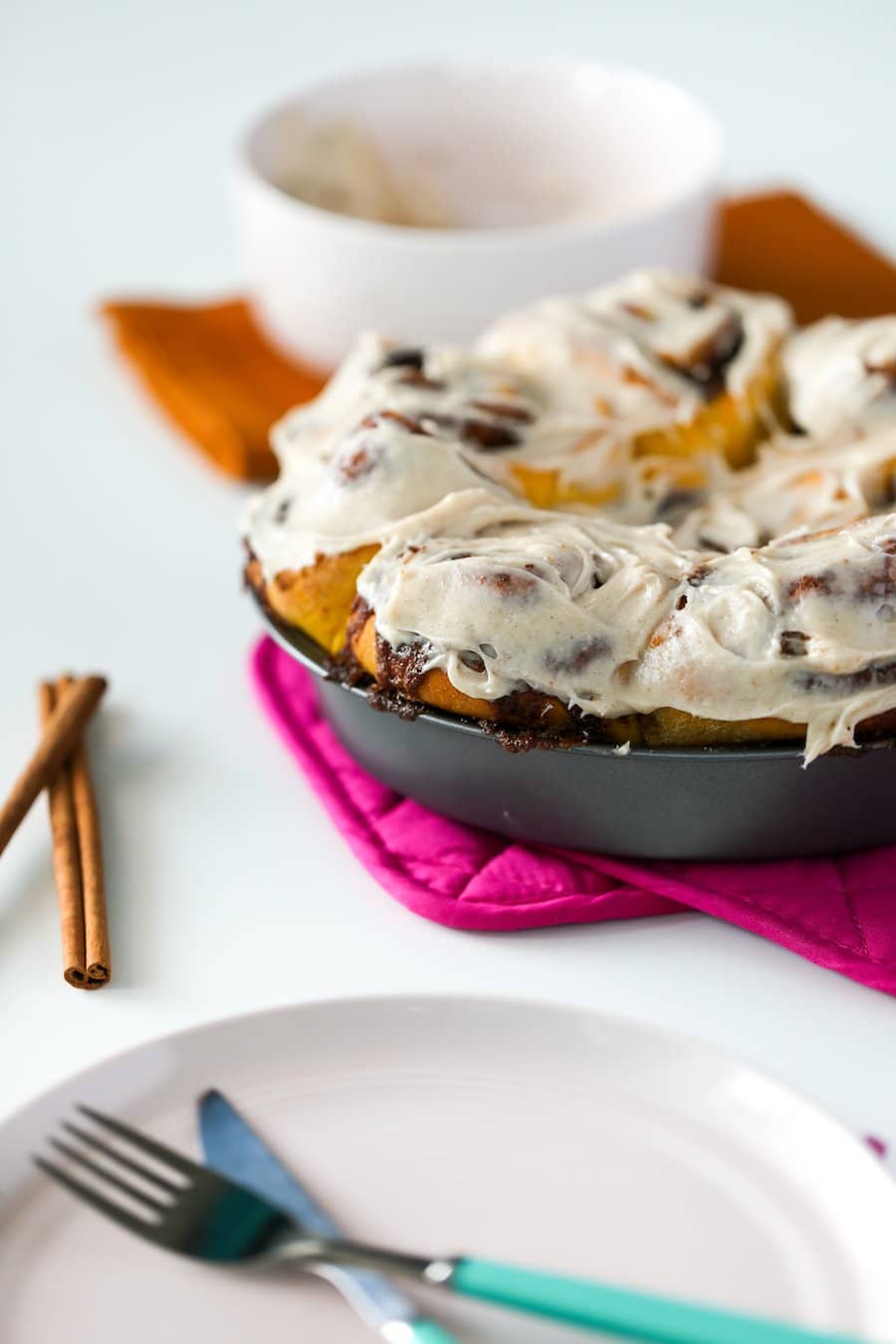 And look at all of that cinnamon just oozing out. I do NOT skimp on the cinnamon! 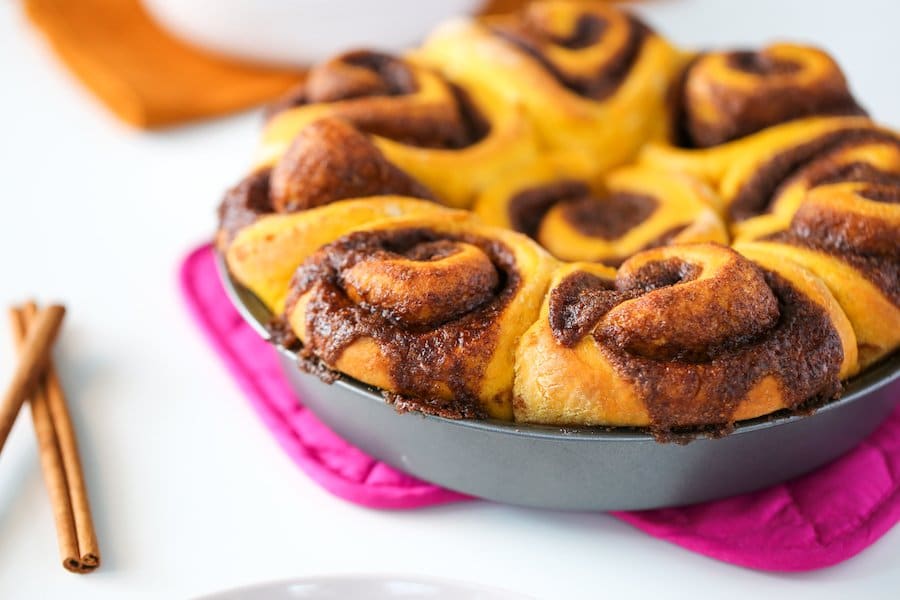 These would be perfect on a Sunday morning before going apple picking or to the pumpkin patch! Both of which I intend to do this year! Every year for the past six years I say we have to go apple picking and we’ve only been once. And it was hot. And I tried to make it seems like fall, so I wore a sweater. What a fail! This year, I’m hoping for an overcast Sunday where I can make these cinnamon rolls for breakfast, put on my boots and sweater, and go pick some apples and NOT get sunburned! 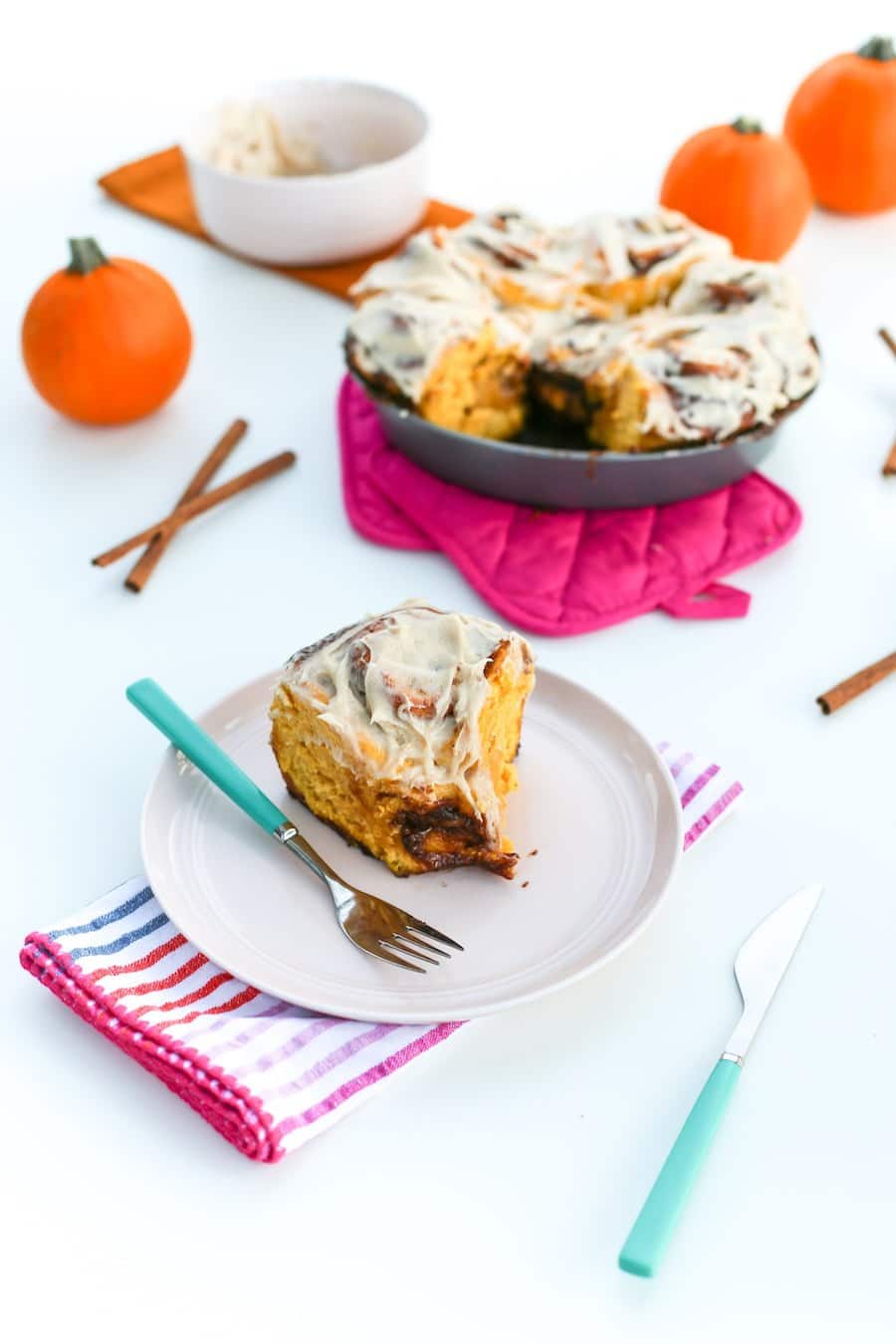 Have you ever made homemade cinnamon rolls before? They’re easier than you would think! The hardest part is the wait – you have to wait for the dough to rise for an hour! So, just be sure to plan ahead or make the night before. 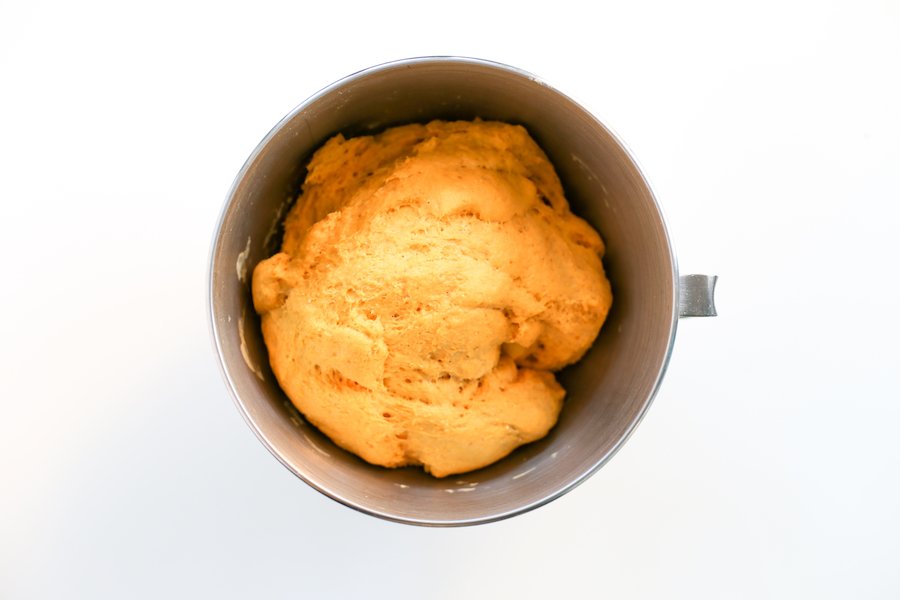 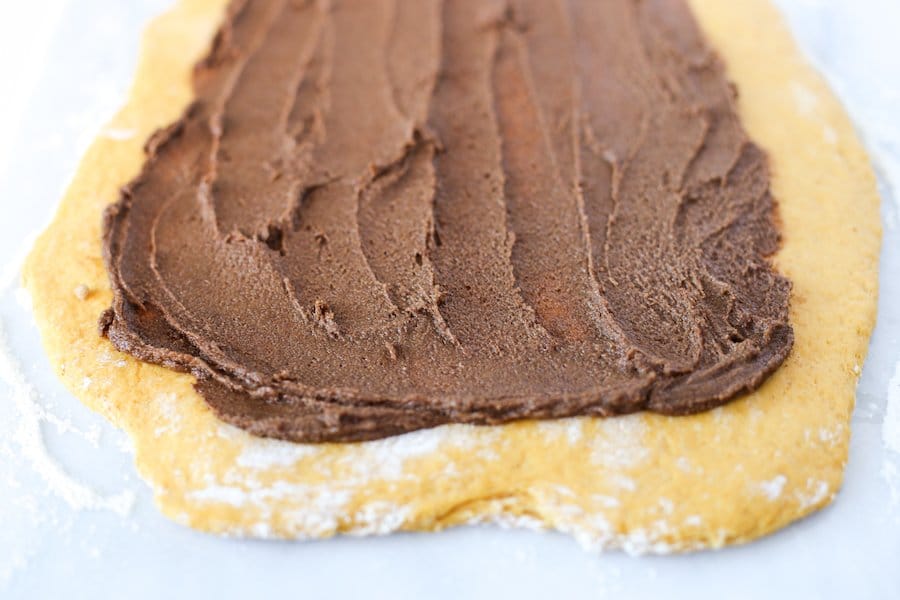 I like to cut my cinnamon rolls using (clean, obviously) dental floss. I just find it really simple and easier to use than a knife which could flatten the cinnamon roll. 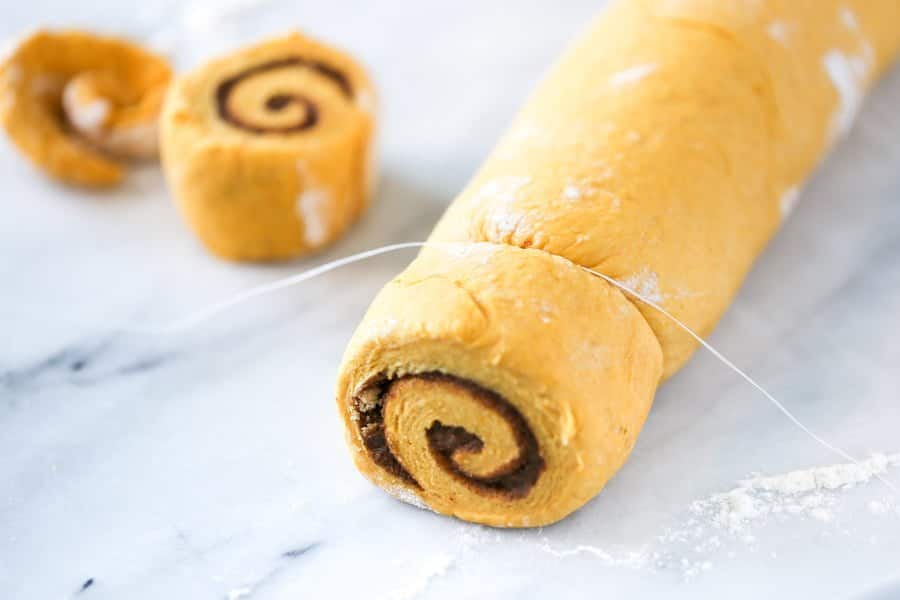 And then I covered my Pumpkin Spice Cinnamon Rolls with a homemade Cinnamon Cream Cheese Frosting! 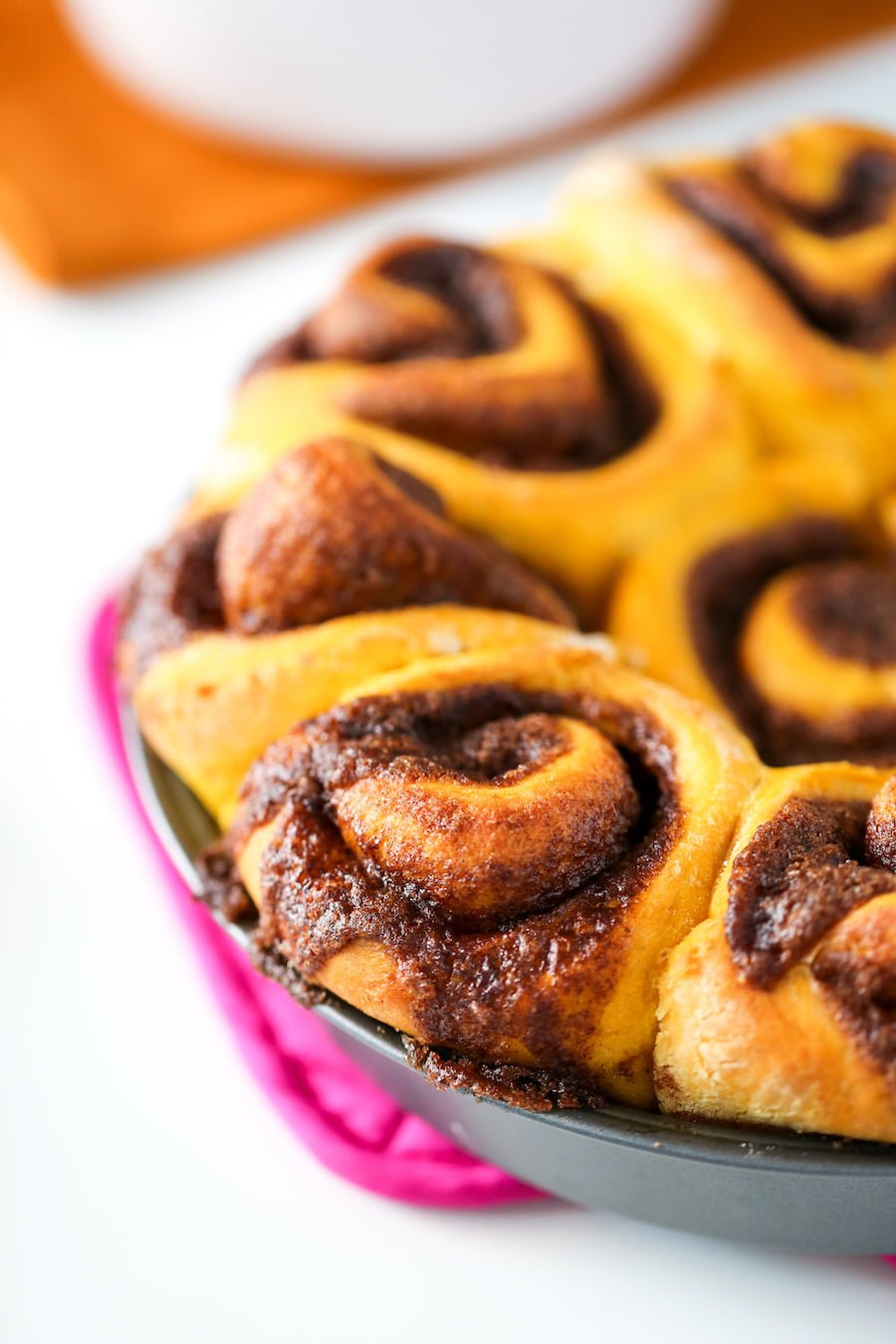 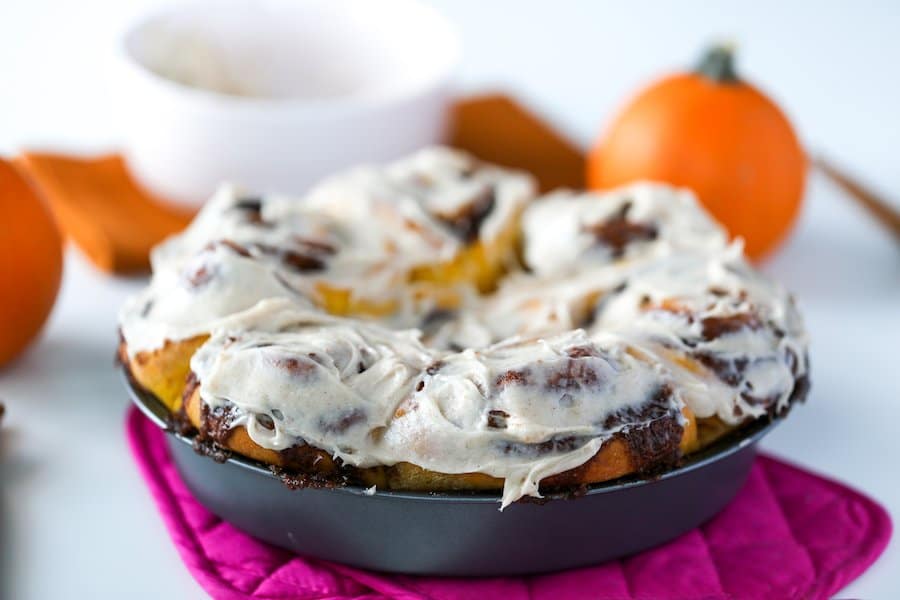 These Pumpkin Spice Cinnamon Rolls be great for a Sunday Brunch, book club, or just a lazy weekend at home with the kids! 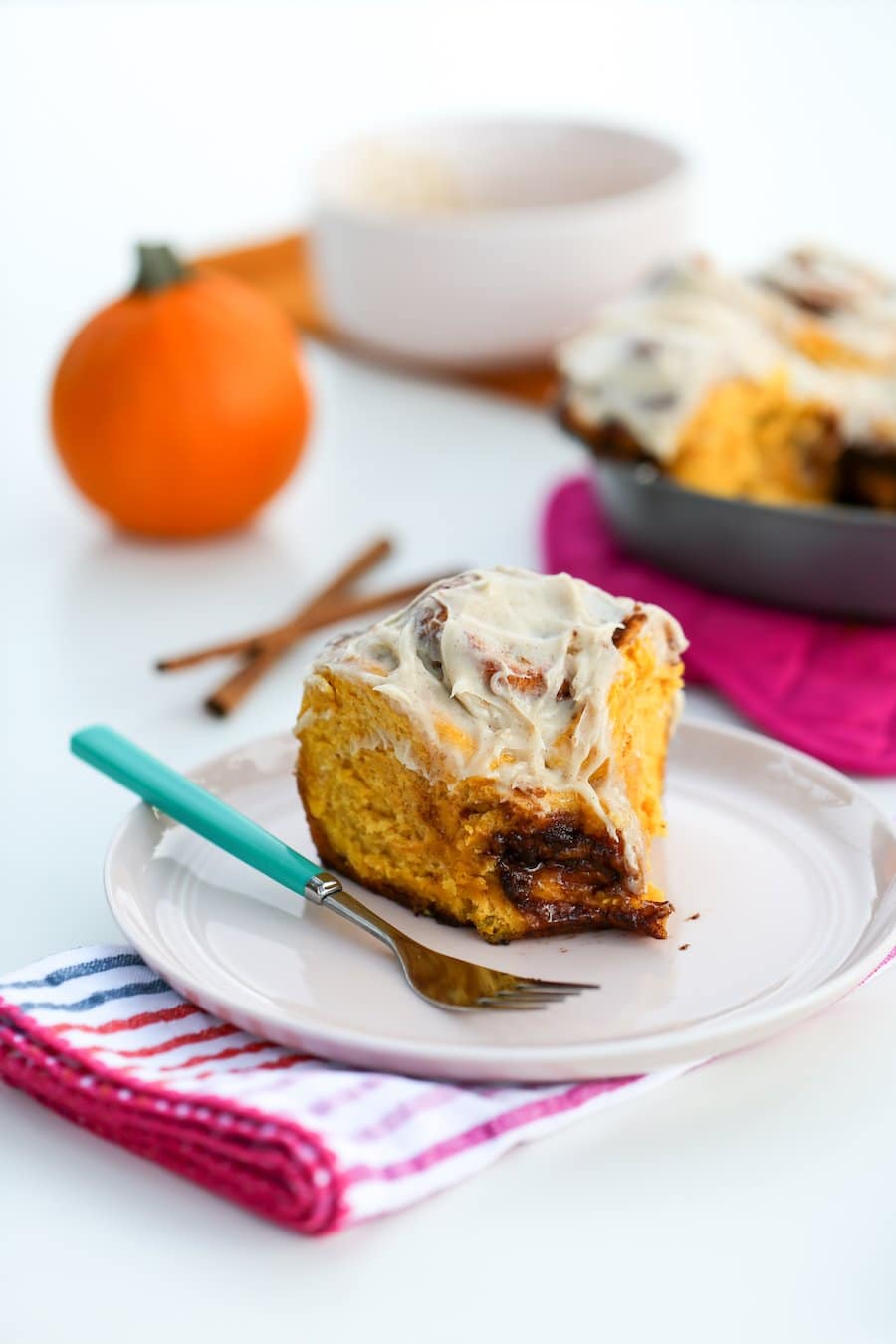 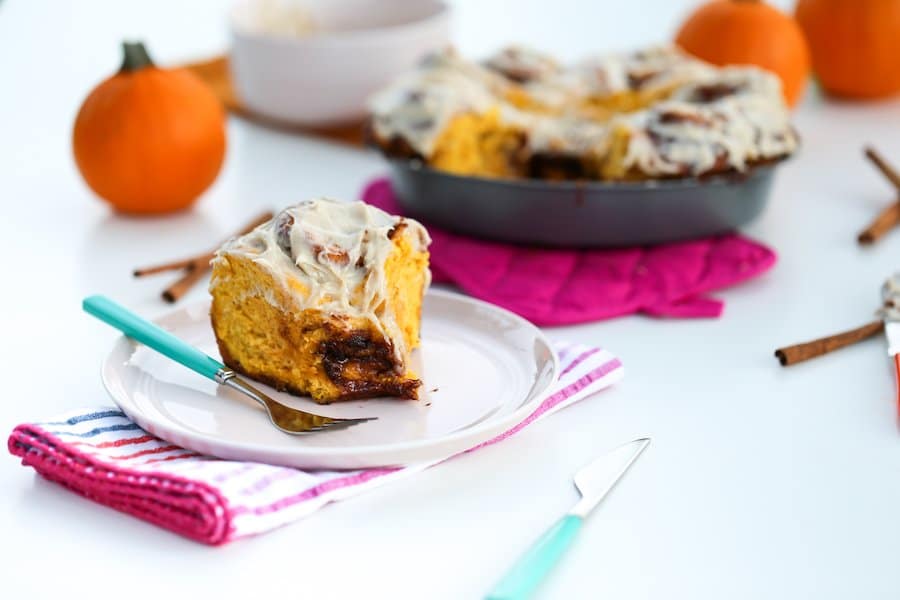 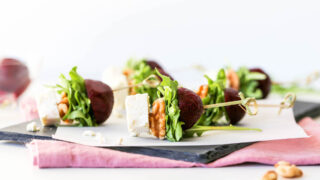 ← Previous
Beet Salad on a Stick 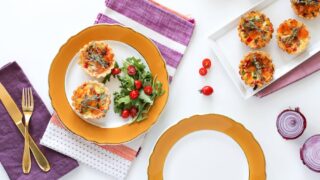 Hi,,,, any way to use certain spices n maybe buttermilk in place of the coffee creamer?..

Hi Judi, You probably can! Try it and let me know how it turns out!

I am anxious to try making the pumpkin spice cinnamon rolls. Look perfect for Fall!

They are SO SO good! Maybe one of my favorite recipes on the blog right now.

Oh, these pumpkin pie spice cinnamon rolls are calling my name! They look perfectly frosted and gooey in the best way possible. And I love the International Delight creamer in there as a secret way to boost the flavor, too! Thanks so much for sharing this recipe...and hope you don't get sunburned picking apples this year! (That kinda defeats the mood for the day, huh?) #client

Thanks, David! I've got my fingers crossed for apple picking on a cool, crisp day!