Our drive was Carthage to Oklahoma City was a very packed day with a lot of cool roadside attractions to see.

We tried to get an early start, but it was a little hard to do after staying up and watching a double feature at the drive-in. But we got as early of a start as we could and set off for Kansas! Route 66 only passes through 11 miles of Kansas, but they sure do try to make the most of those 11 miles!

Our first stop was in Galena, Kansas at the “4 Women on the Route” Kan-O-Tex service station, which is now renamed as “4 Cars on the Route”. The story is that four women purchased the property, restored the service station, and opened a restaurant and souvenir shop. They have an International mining boom truck on the property which inspired the character of Tow Mater in the Disney movie Cars. So you can tell your kids that I met the real Tow Mater (who’s name is Tow Tater as to not infringe on any trademarks). Unfortunately, the shop was not open, but we took some photos of the outside and of the ghost signs around town.

When Highway 44 was built, it bypassed Kansas completely, so many of the travel towns which serviced the highway along the 11 miles of Route 66 in Kansas  were hurt by the building of the highway. We passed by a couple of old motels, one of which is barely hanging on.

We drove through Commerce, Oklahoma, hometown of Mickey Mantle, and stopped at this adorable little roadside gas station. As I was snapping photos, a truck pulled over to see if we were Mickey Mantle fans and that we should stop and see his childhood home which was right down the street. The guy then offered to flash his brake lights when we drove by it so we would know which house it was.

This shop was closed, but I couldn’t resist shooting the bull rider.

We didn’t stop here for burgers, but maybe we should have. Also, everyone has a fiberglass cow outside their steak house.

And then, because of the ominous clouds (and remember, we were only just in Kansas an hour before!) and the spitting rain, we stopped into a couple of antique stores along the Route to wait out the rain. But soon the rain stopped, and we were on our way again. But before getting out of town, we drove through some recent tornado damage. It was both sad and interesting to see. I’ve seen earthquake damage, but I’ve never seen tornado damage. It is so strange to see some buildings which look untouched, whereas next door the house is destroyed.

As we made our way into Oklahoma, we drove along the Ribbon Road, aka the Sidewalk Highway. It is a 9 foot wide, single lane, paved, old Route 66 road. And it is bumpy as hell. It was really neat, and fun, and did not see another car until we got to the end of it. Where are all the other Route 66ers? They aren’t doing turn-by-turn! Almost at the end of the road were some cows and a huge, white bull. I wanted to get out of the car and snap a photo of them, and the Mister warned me that if the white bull stands up I was to get back in the car. I repeated him, “Ok, if the white bull stands up, I will get back in the car.” So I opened the car door, got out, the white bull stood up and snorted, I got back in the car, and we drove off.

Our next stop was at the Catoosa Blue Whale. This was one of the Mister’s favorite Route 66 “attractions” because of how simple and pure it was. The man built a Whale slide as an anniversary gift for his wife! I guess the first anniversary is paper, the second is cotton, and the third is a whale slide. But it wasn’t built with the intention to make money. He simply made something to make himself and his wife happy.

We then drove through Tulsa and I snapped photos of some of the awesome neon signs along the Route. 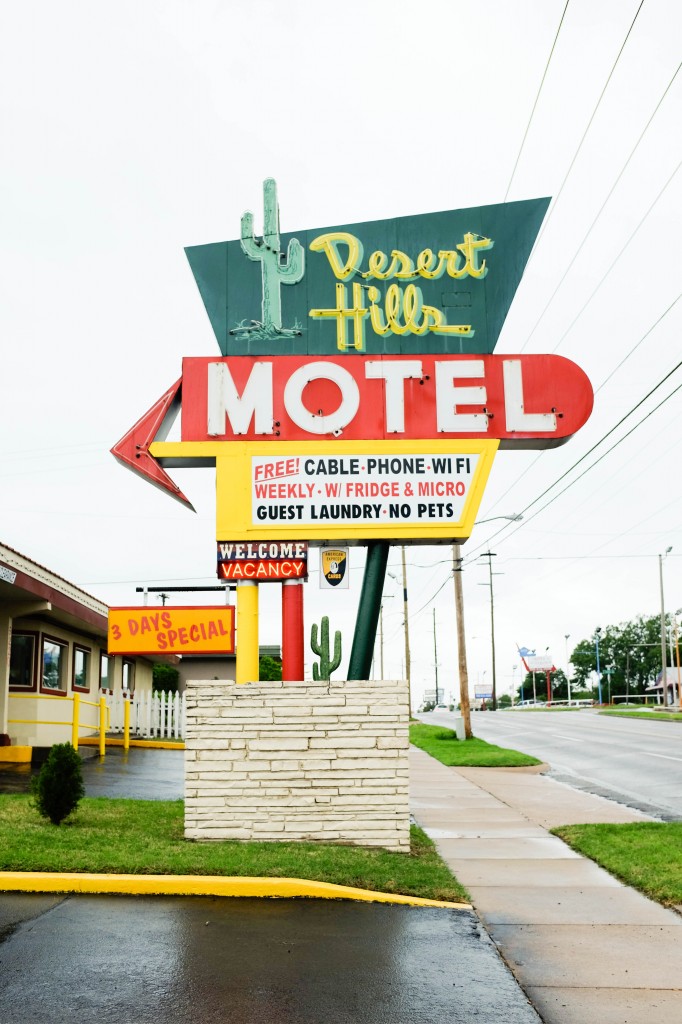 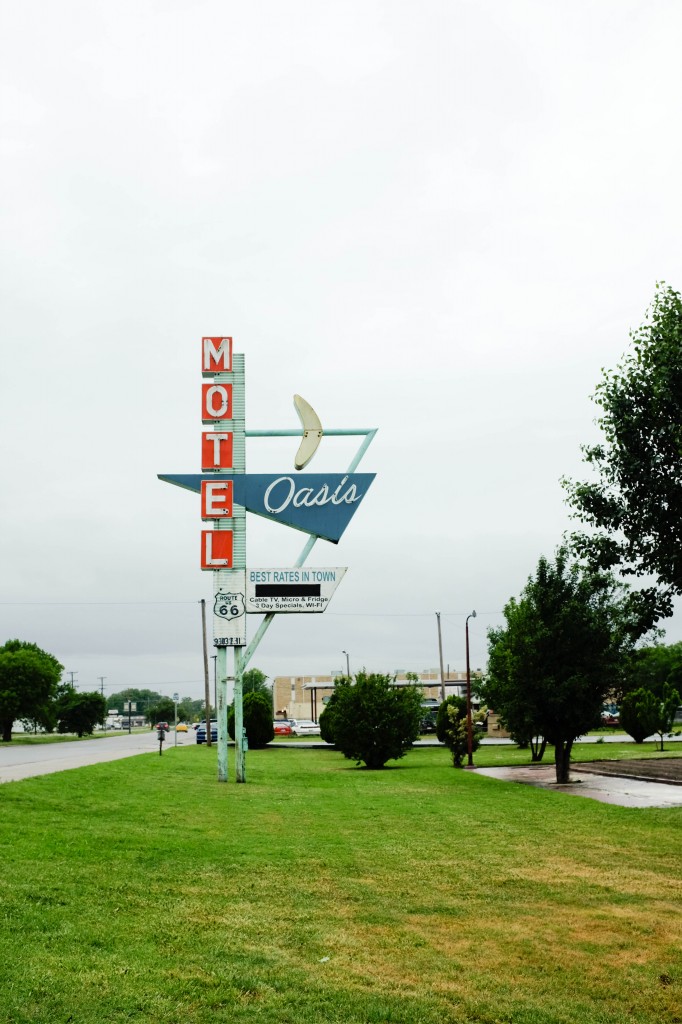 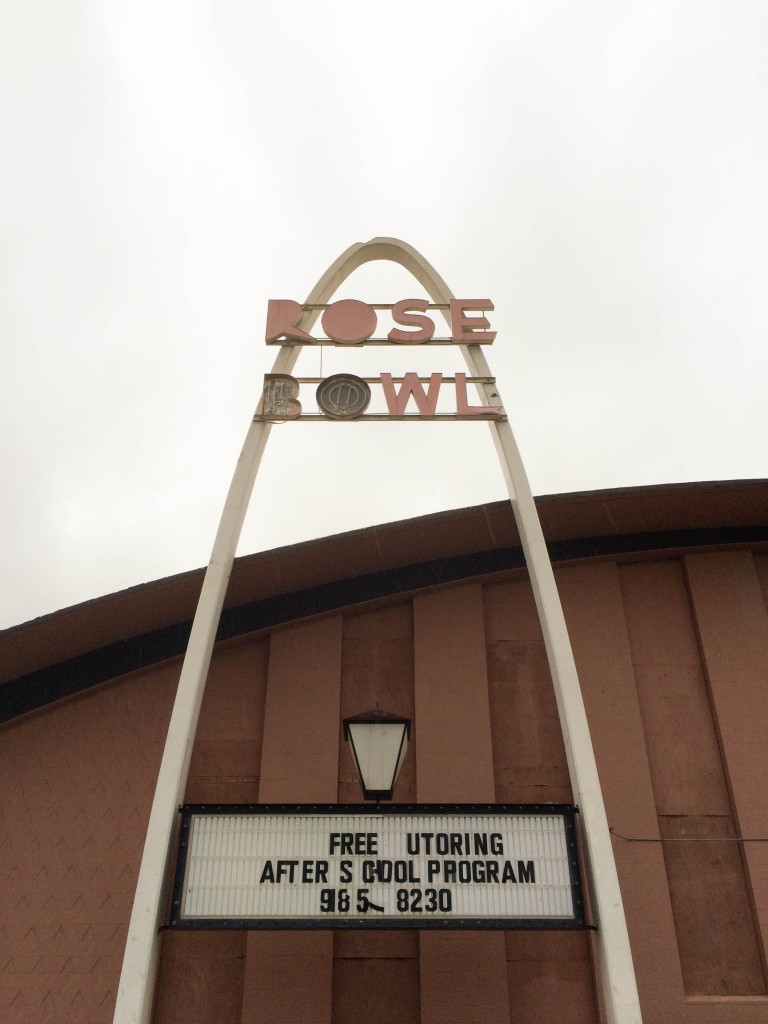 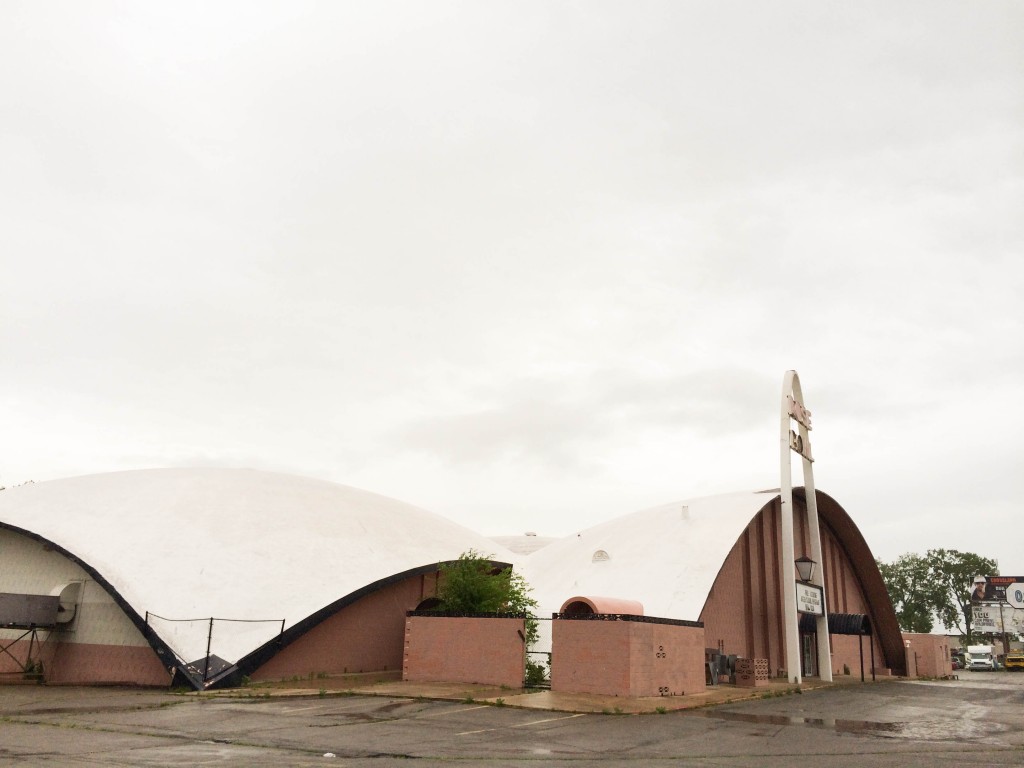 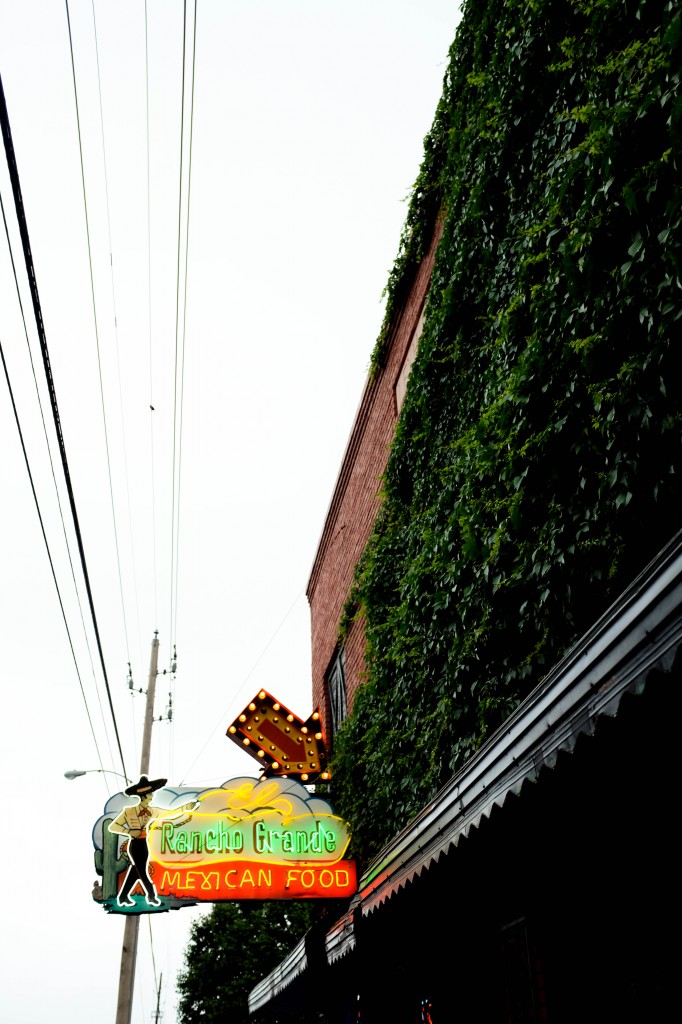 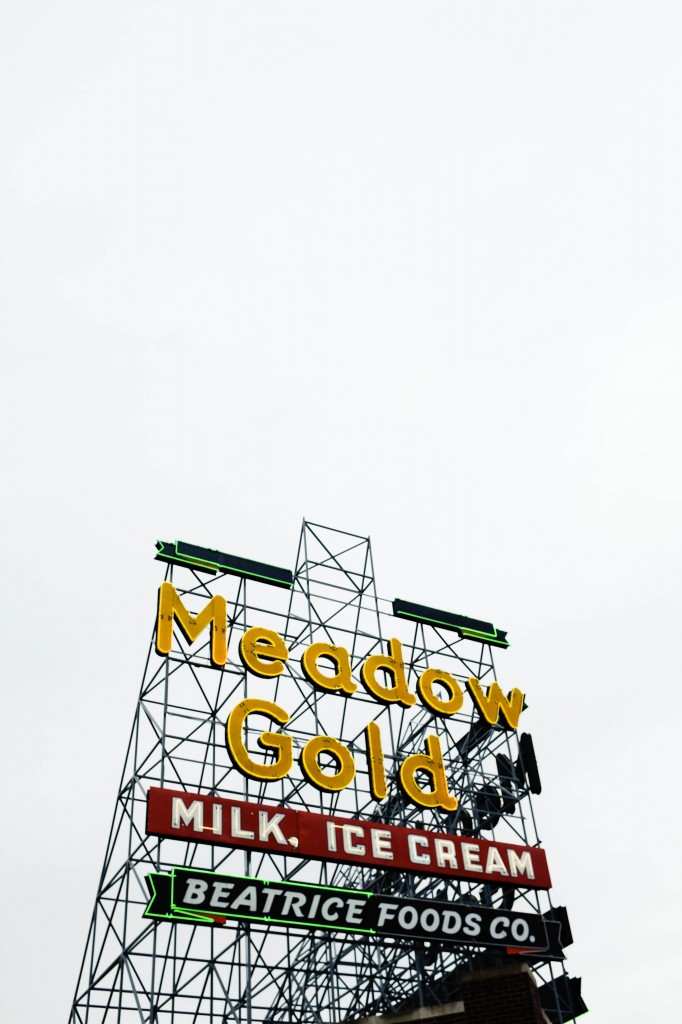 And of course, one last Meramac Caverns barn. I swear it’s the last one.

And then we drove through Sapulpa which has a bunch of ghost signs on the sides of the buildings.

It was starting to get dark, but we still managed to see the Arcadia Round Barn.

And then we stopped for dinner at Pops which is a gas station, restaurant, and soda shop. It’s more of a new attraction, but they did a great job with the design/architecture of the building, the large, lit soda bottle, and the display of the sodas in the windows. We had burgers, fries, and root beer floats for dinner and it was good! We also picked up a couple bottles of Round Barn Root Beer to enjoy later.

We then got into Oklahoma City pretty late. I couldn’t find a decent, quirky, Route 66 motel to stay at, so we stayed at the Cambria Suites, which I highly recommend. I also recommend doing laundry there if you need to. 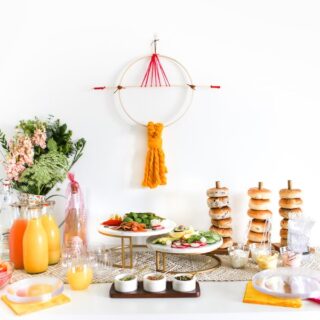 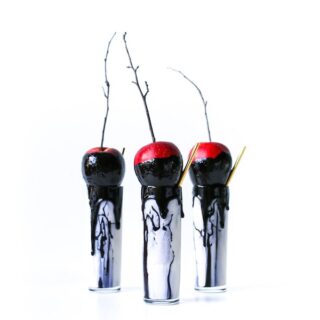 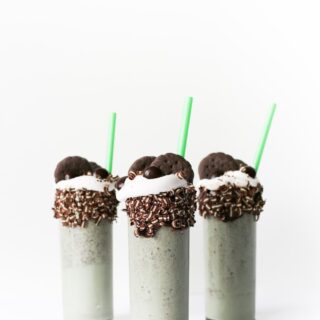 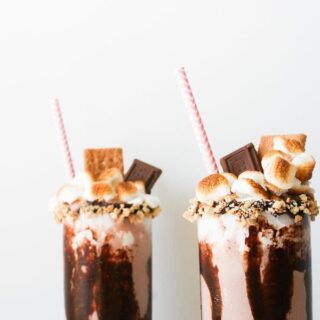