So a bit last minute I decided to throw myself a birthday party this year! Whether it was for a 3-year-old or a 33-year-old, I’m not exactly sure. But I LOVED it! 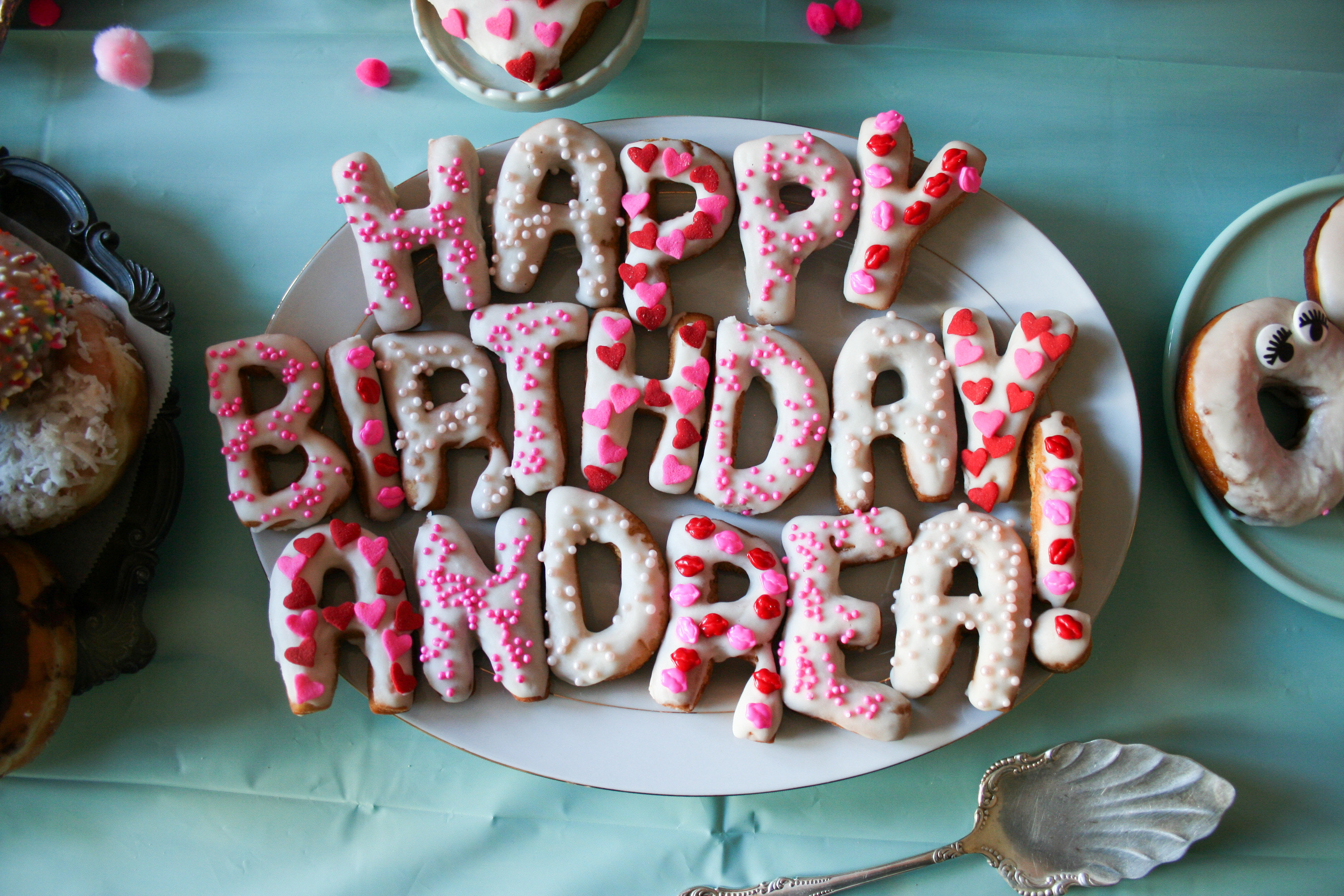 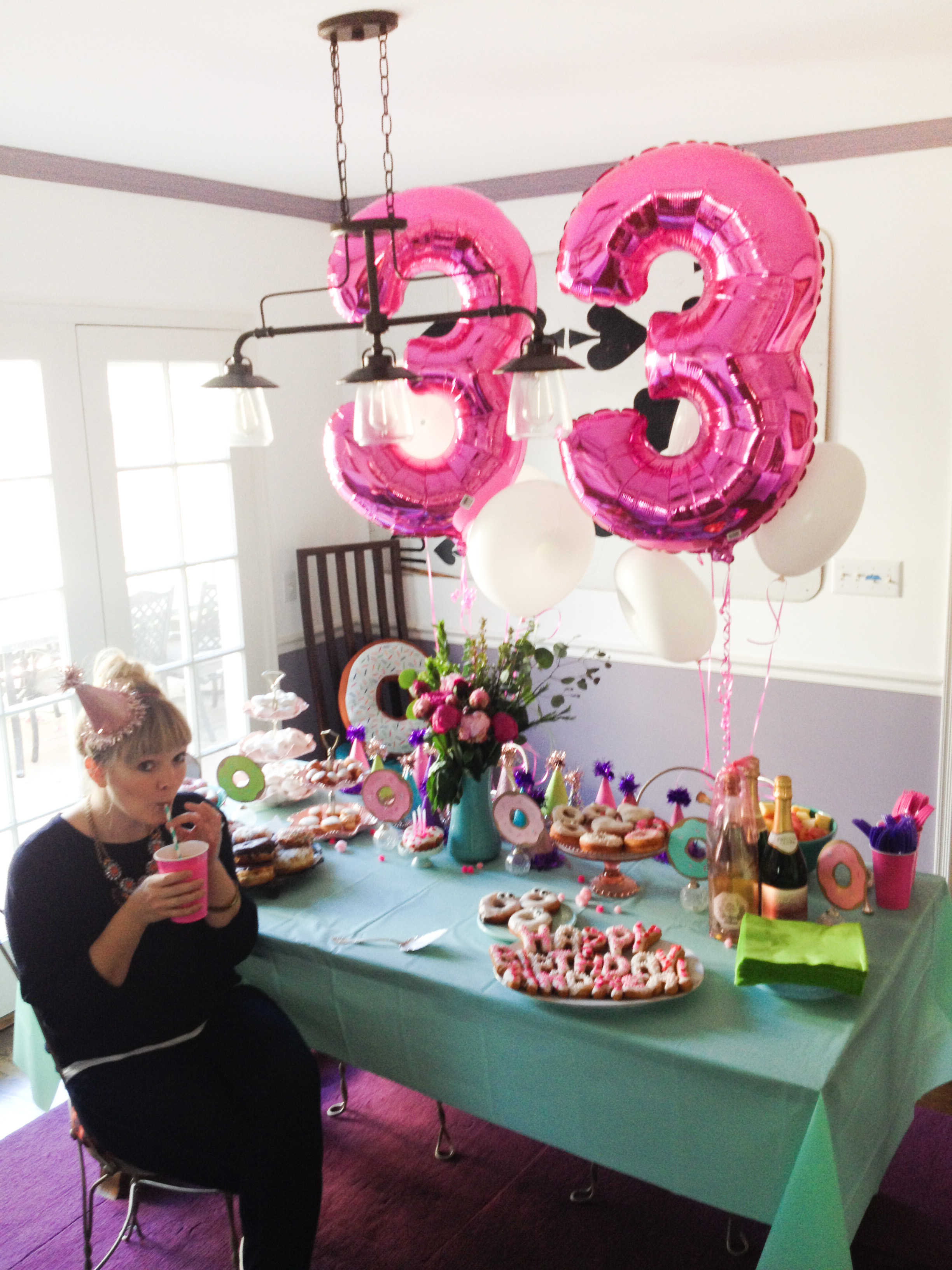 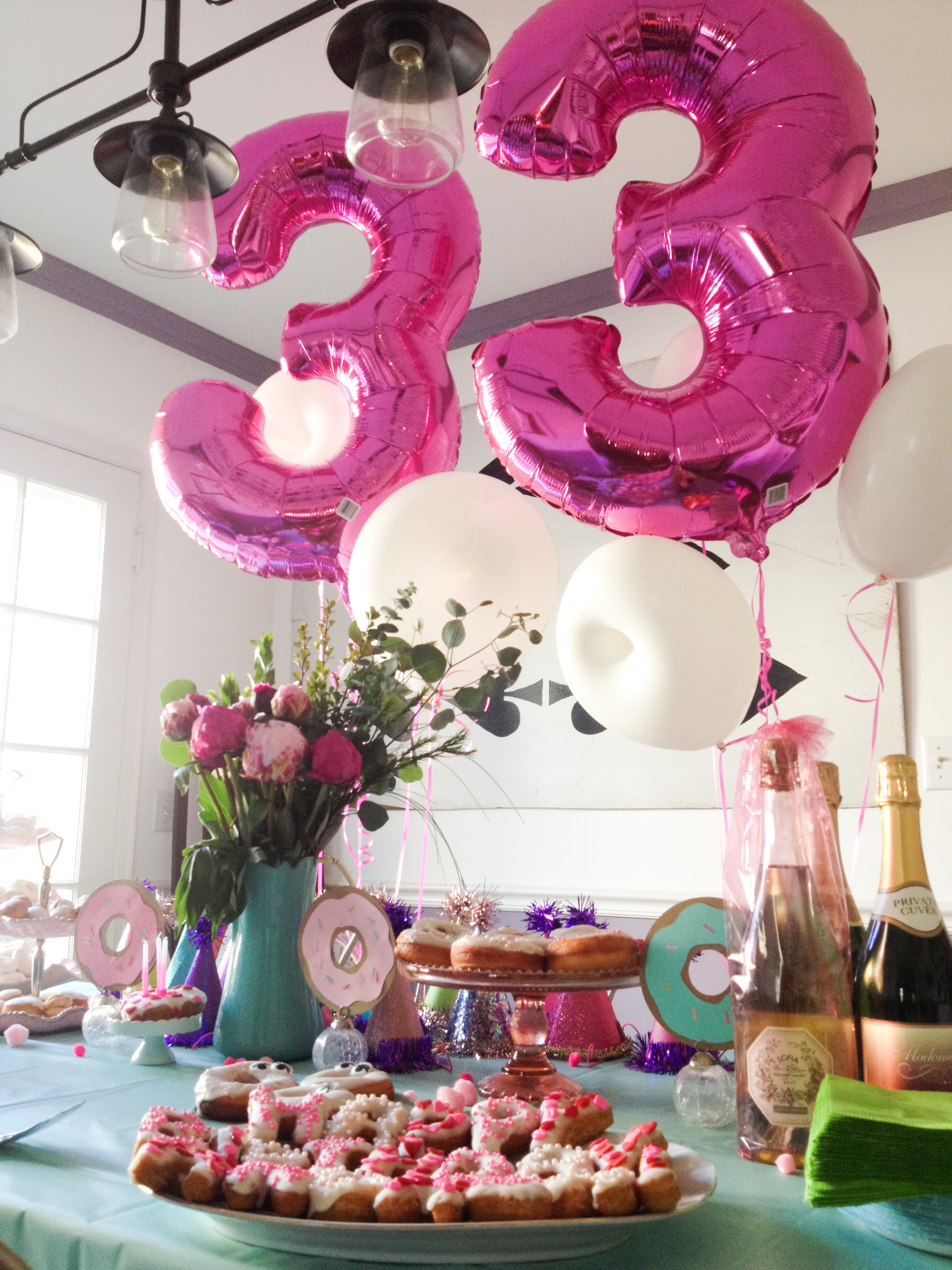 When I turned 30, I was too busy taking a law school final to celebrate, and then 31 and 32 were low key events. So this year, I wanted a party! Because my birthday is in December, I wanted it to be very NON Christmas. And I didn’t want it to be too expensive. So I went with a donut party theme! 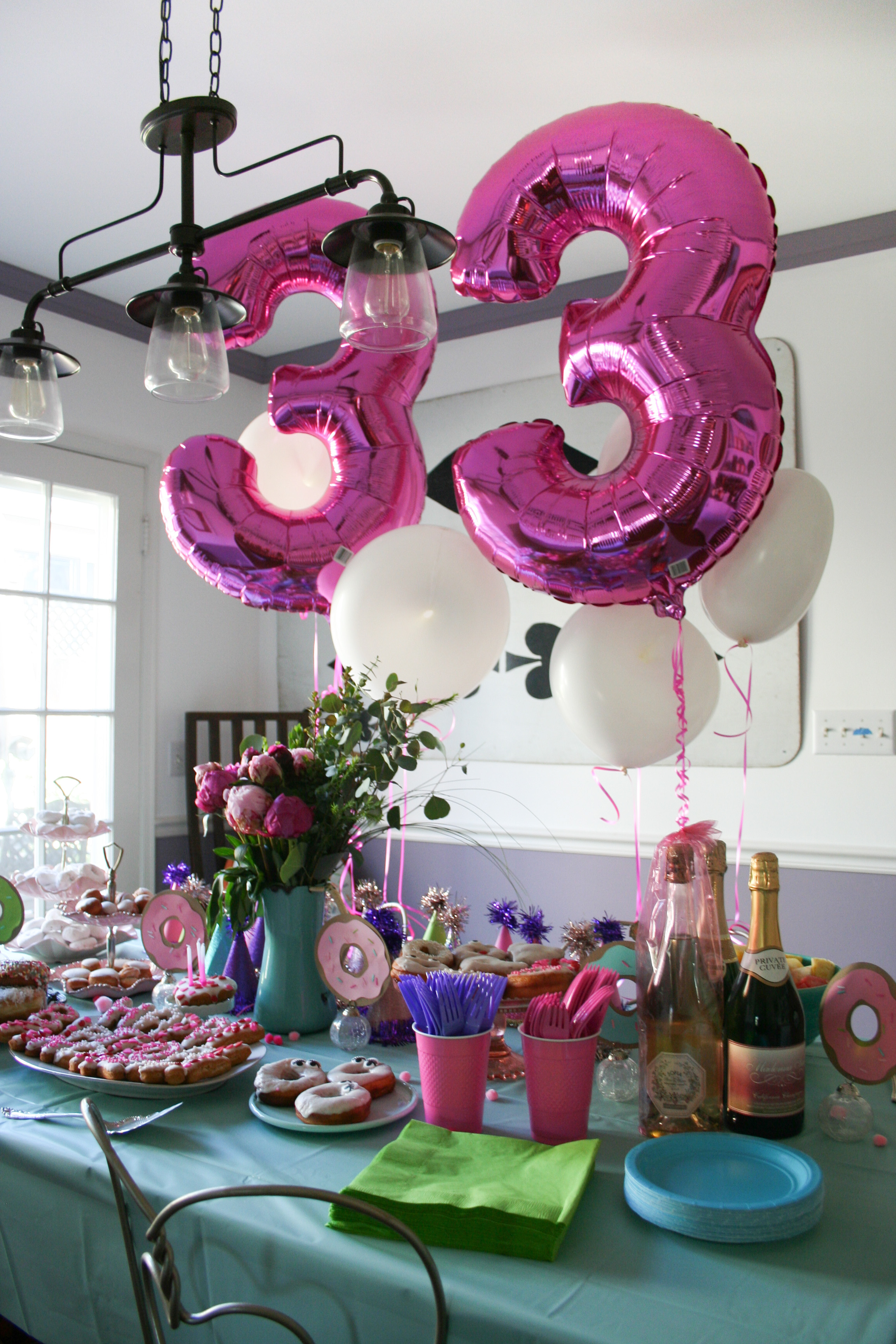 Remember my Wayfair Donuts post? Yep, I ordered alphabet cookie cutters, a deep fryer, and a candy thermometer because I wanted to make donuts for my birthday party! They aren’t hard to make, and its fun to spell out some words and decorate silly donuts. 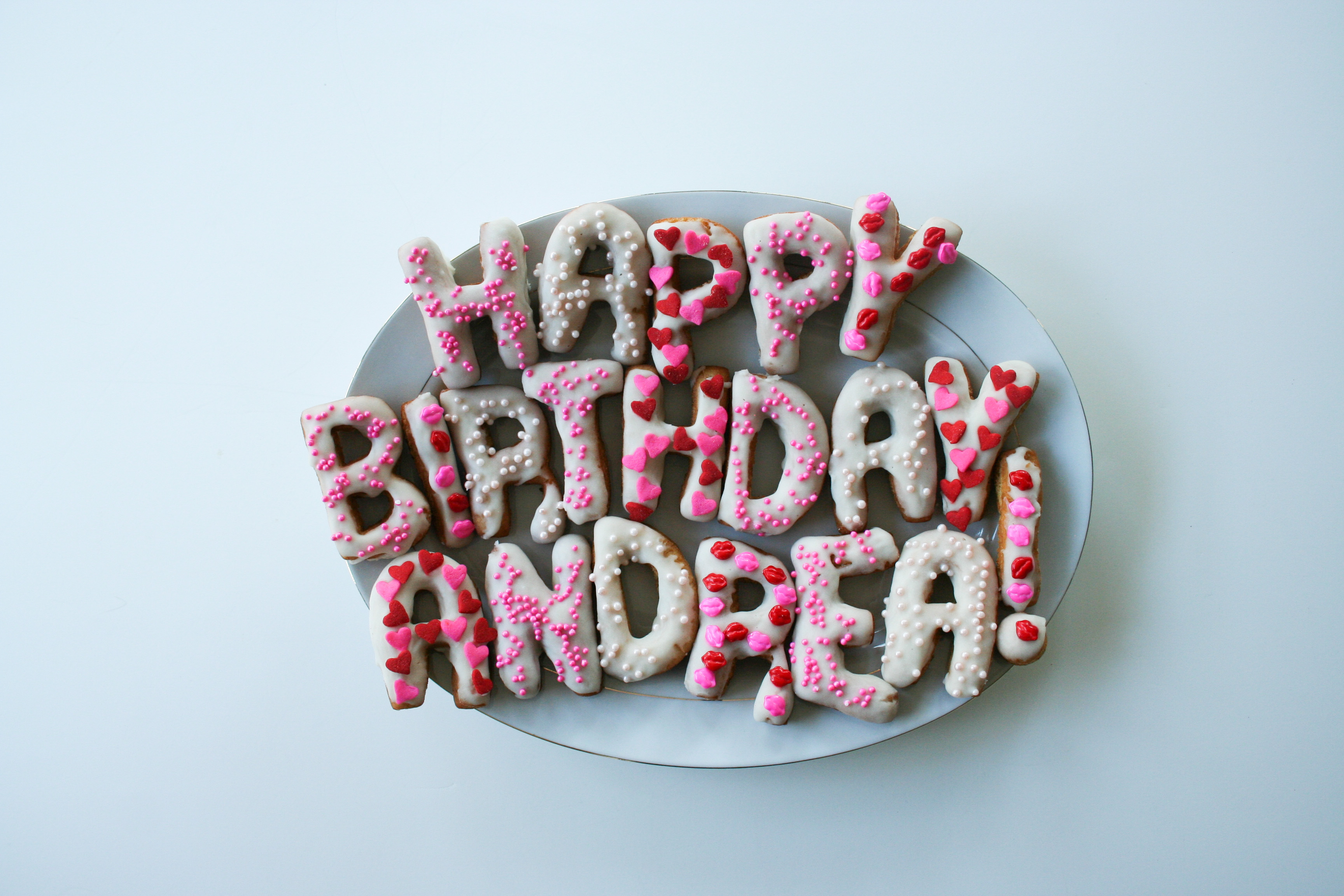 But unless the party is for a 3-year-old, a donut party needs more than just donuts! So I added a mimosa bar with pineapple juice, orange juice, and grapefruit juice! And the bar cart needed some decorations, so I added a little donut garland that I whipped up with my Cricut Explore™! 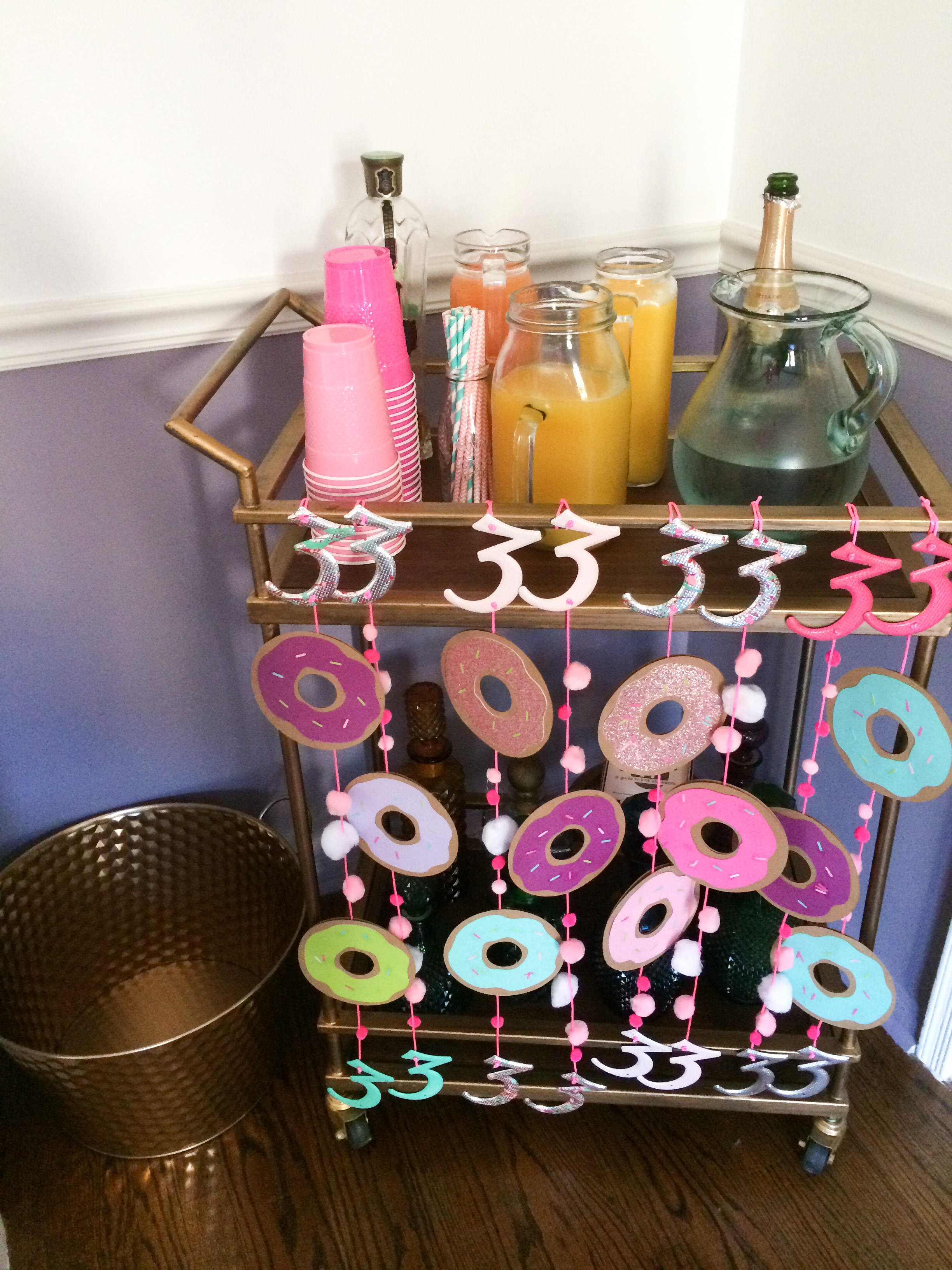 And a party isn’t a party without some balloons! I was going to try to make these painted donut balloons by Studio DIY, but I ran out of time the morning of the party. Also, just some balloon info for you: Helium is expensive! I took the balloons to a local balloon shop to get blown up and they wanted to charge me $5 a balloon. $60 for 12 balloons was just too much for my budget, so I drove over to Michaels and picked up a Balloon Time recyclable helium tank. With my 50% coupon, it came to just $18, much better than the $60 I was quoted! Latex balloons also deflate FAST. They only last for 5-7 hours, so if you do decide to create Donut Balloons, do them the morning of your party, otherwise your donut balloons will be on the floor. 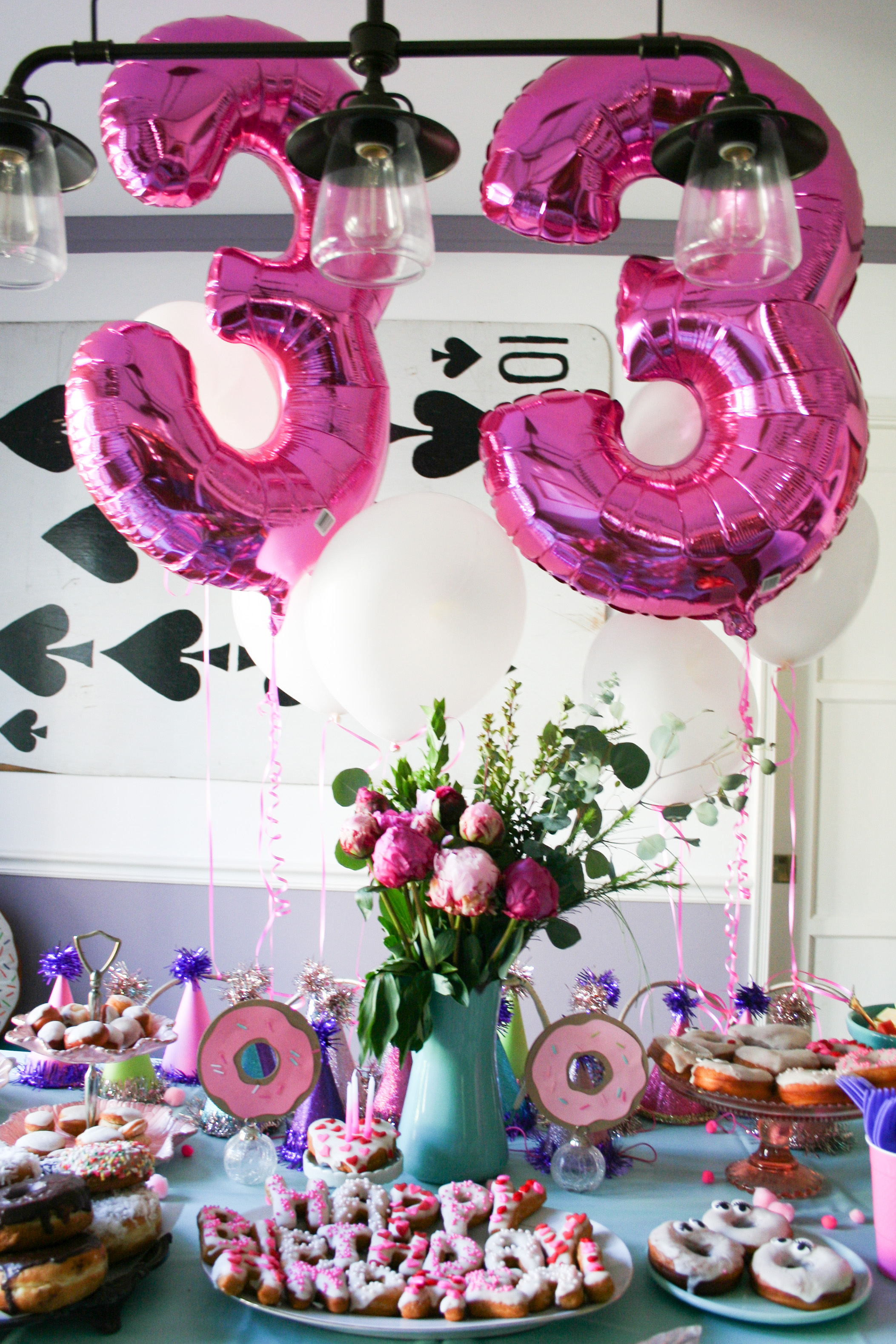 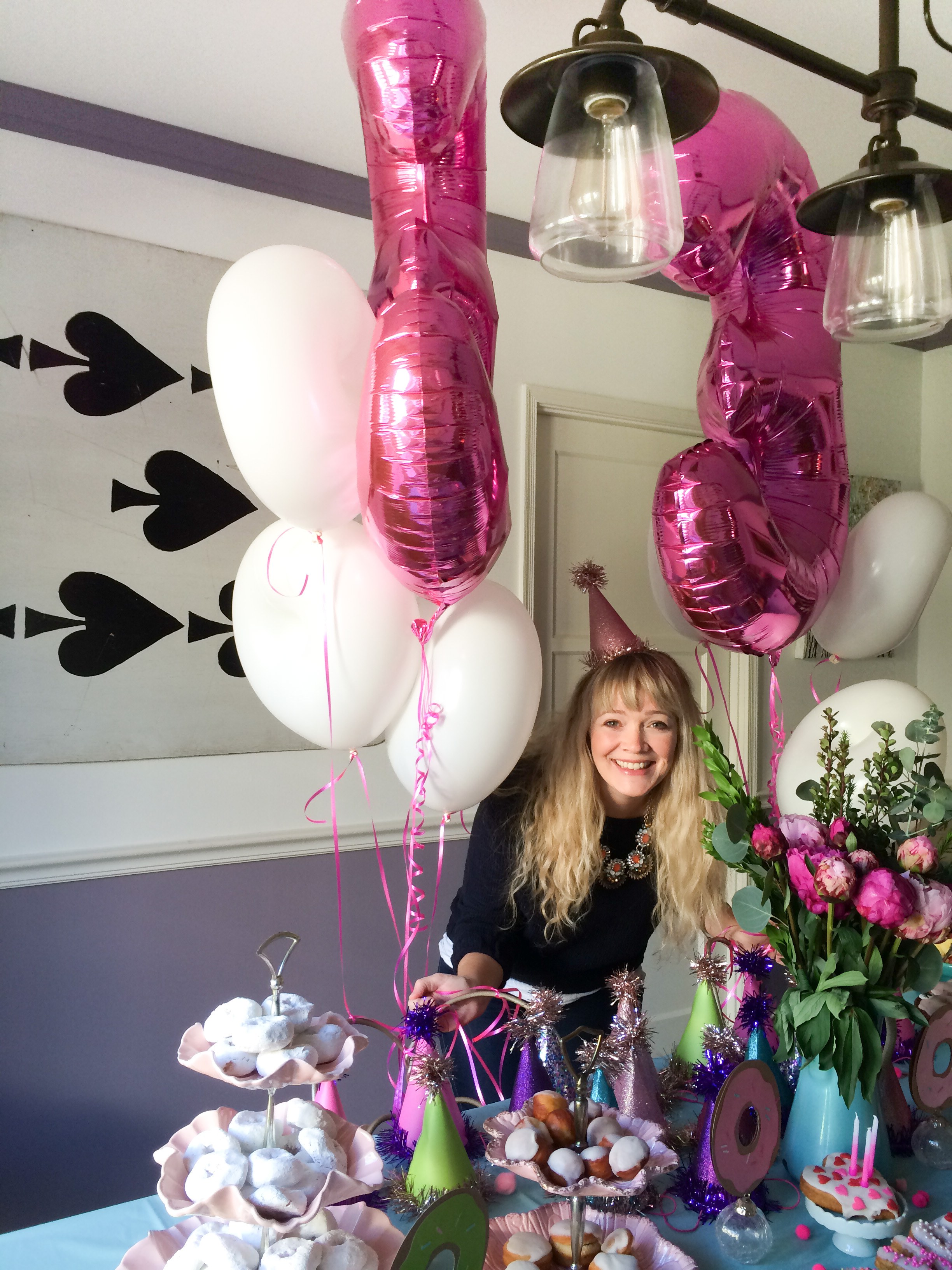 The morning of the party, I quickly set out the donuts, set up the mimosa bar, and filled the balloons, and we were ready to party and eat donuts! 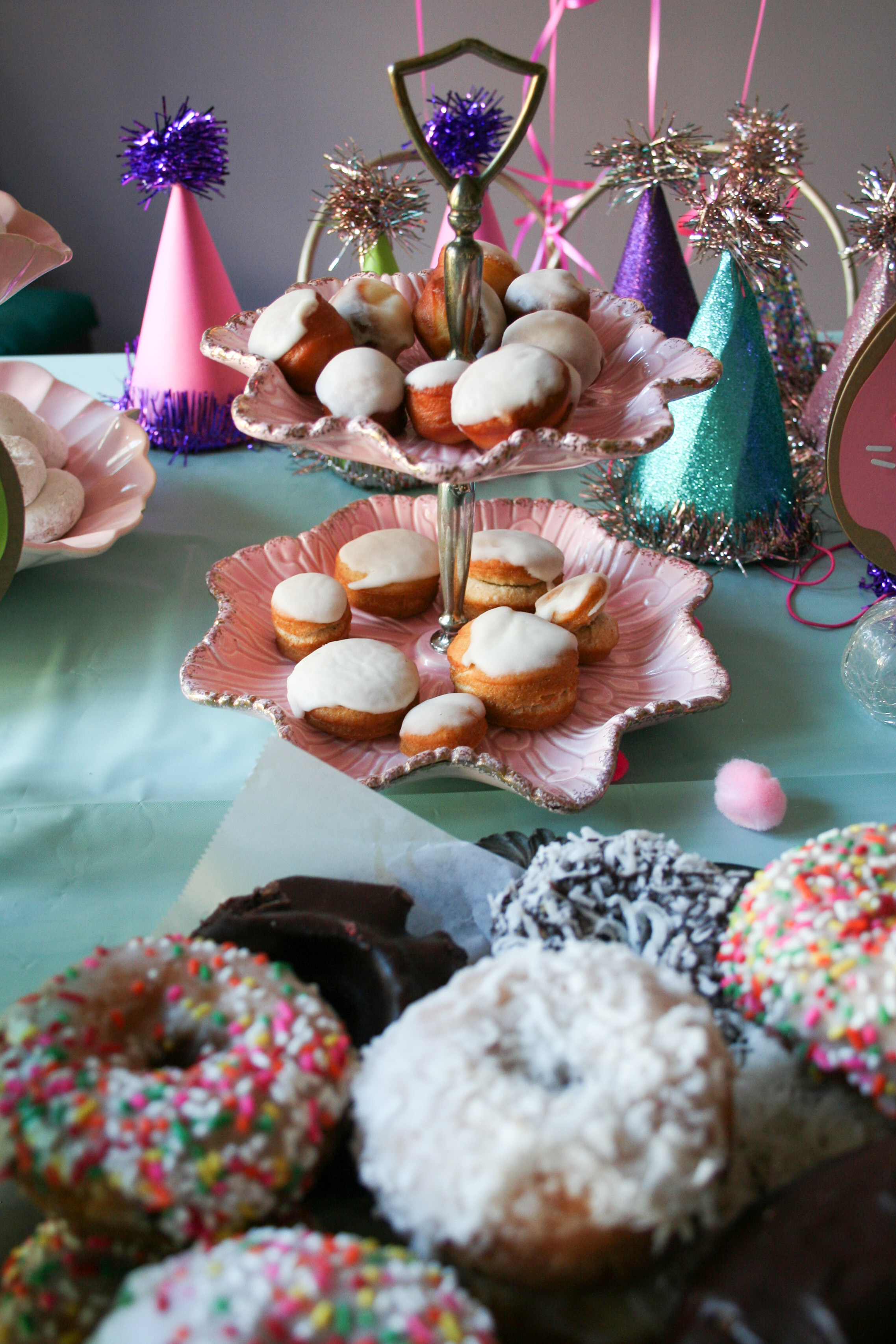 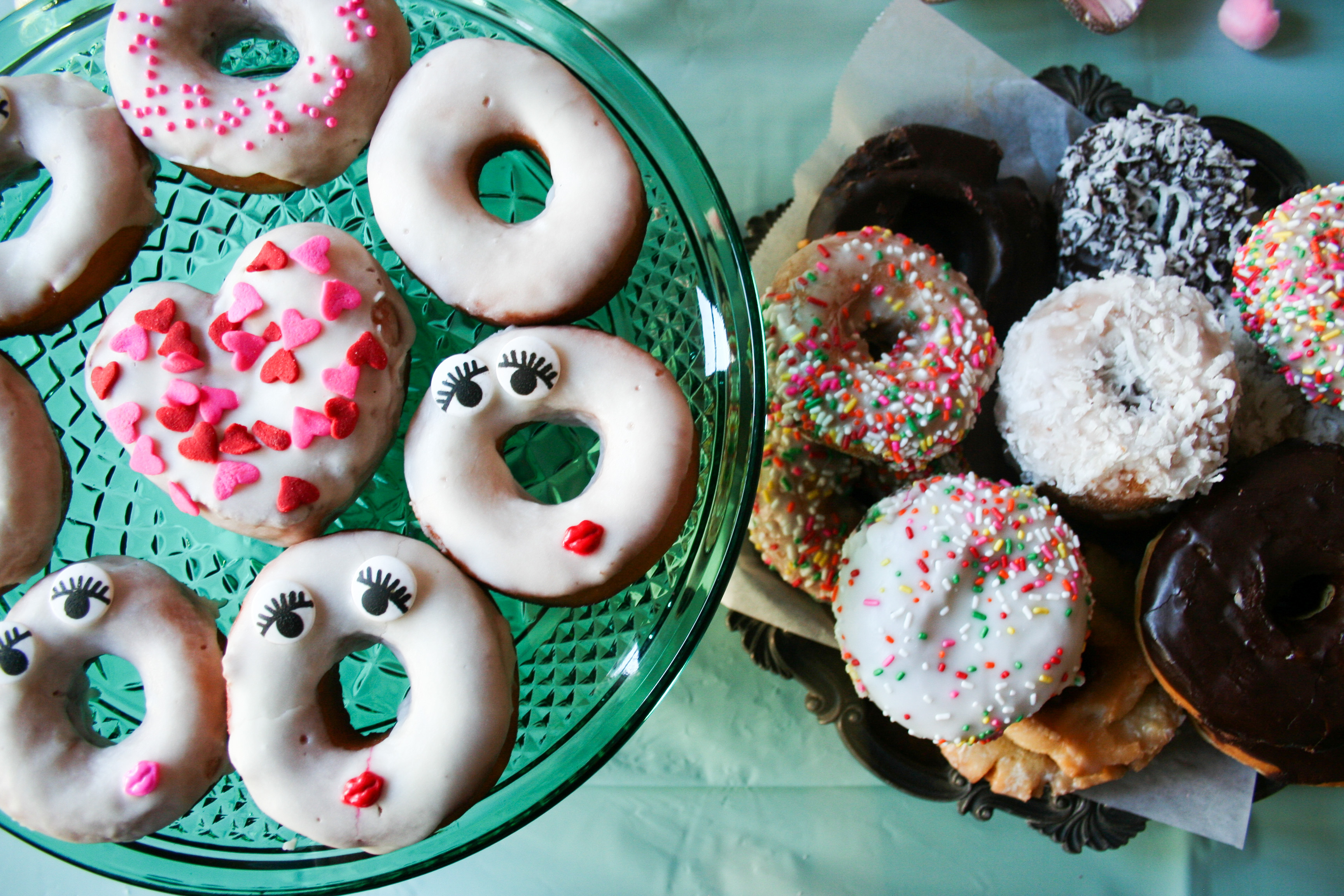 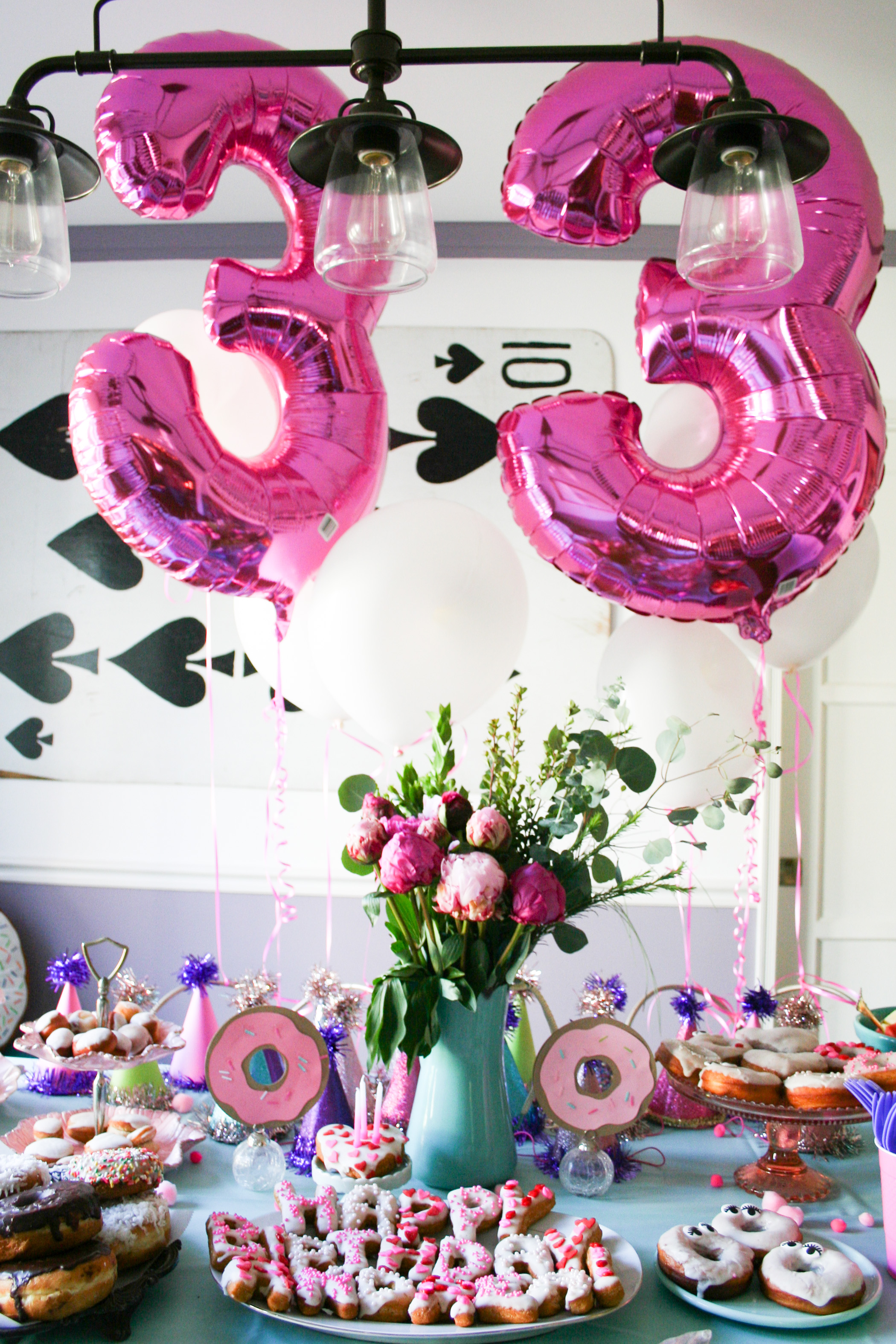 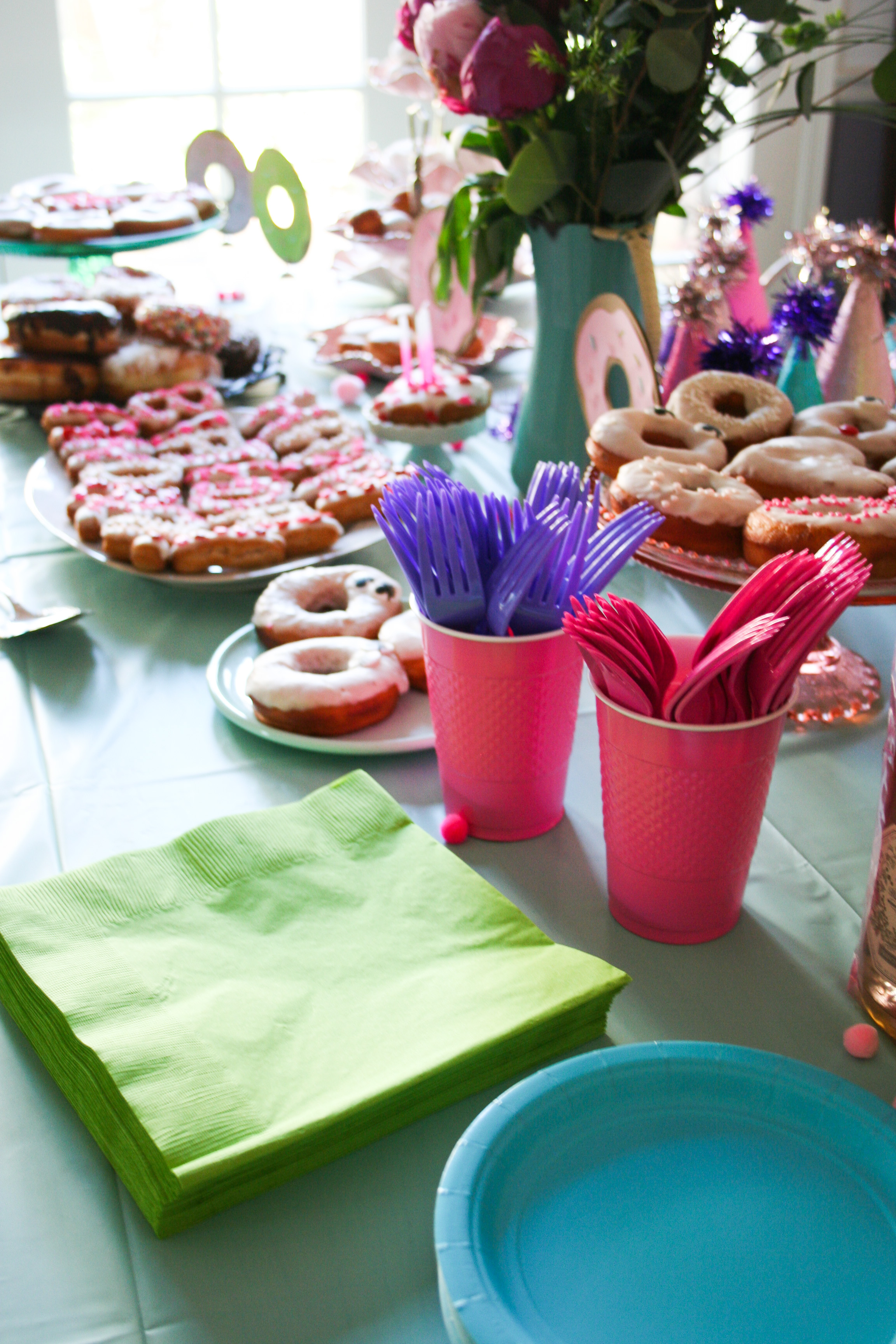 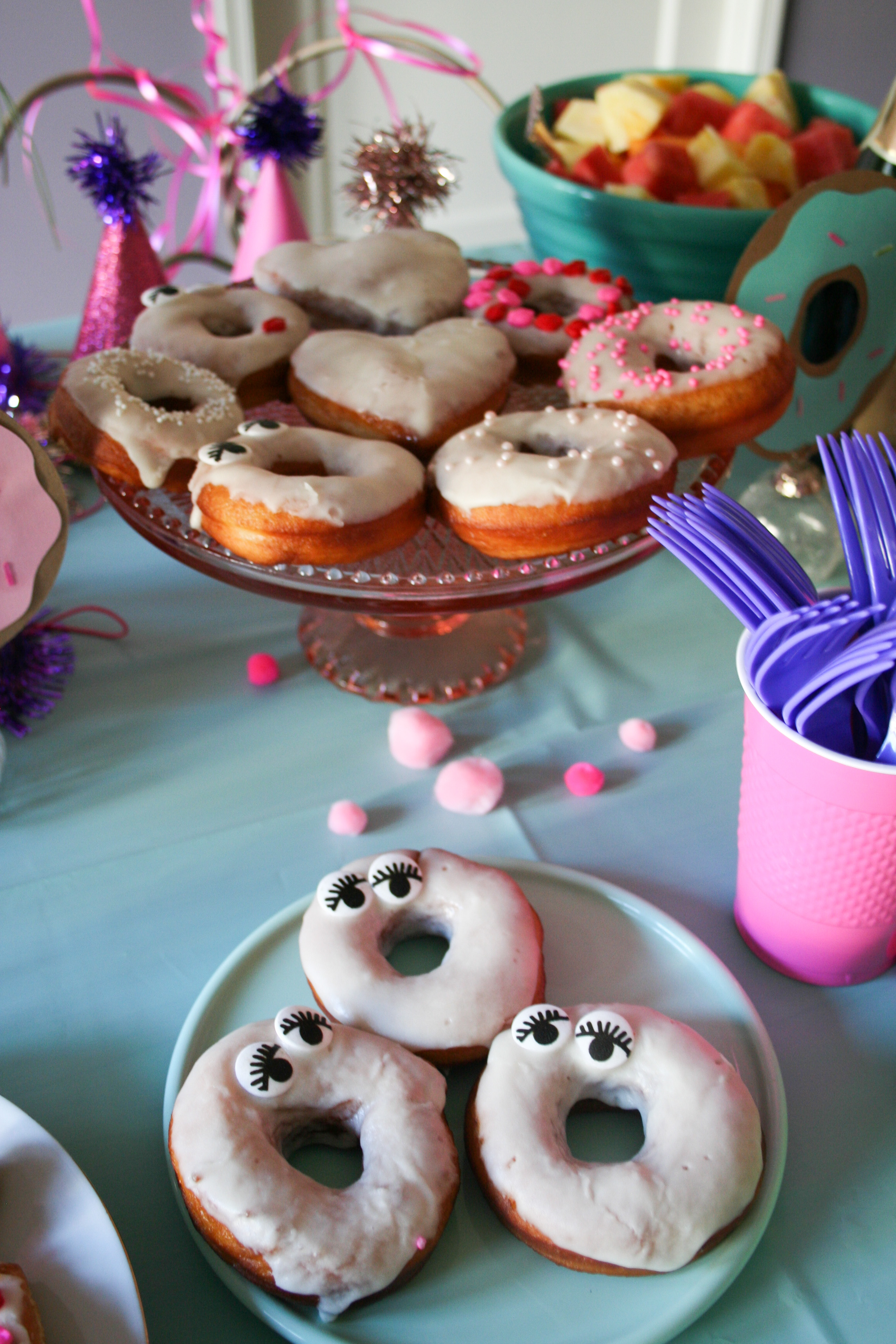 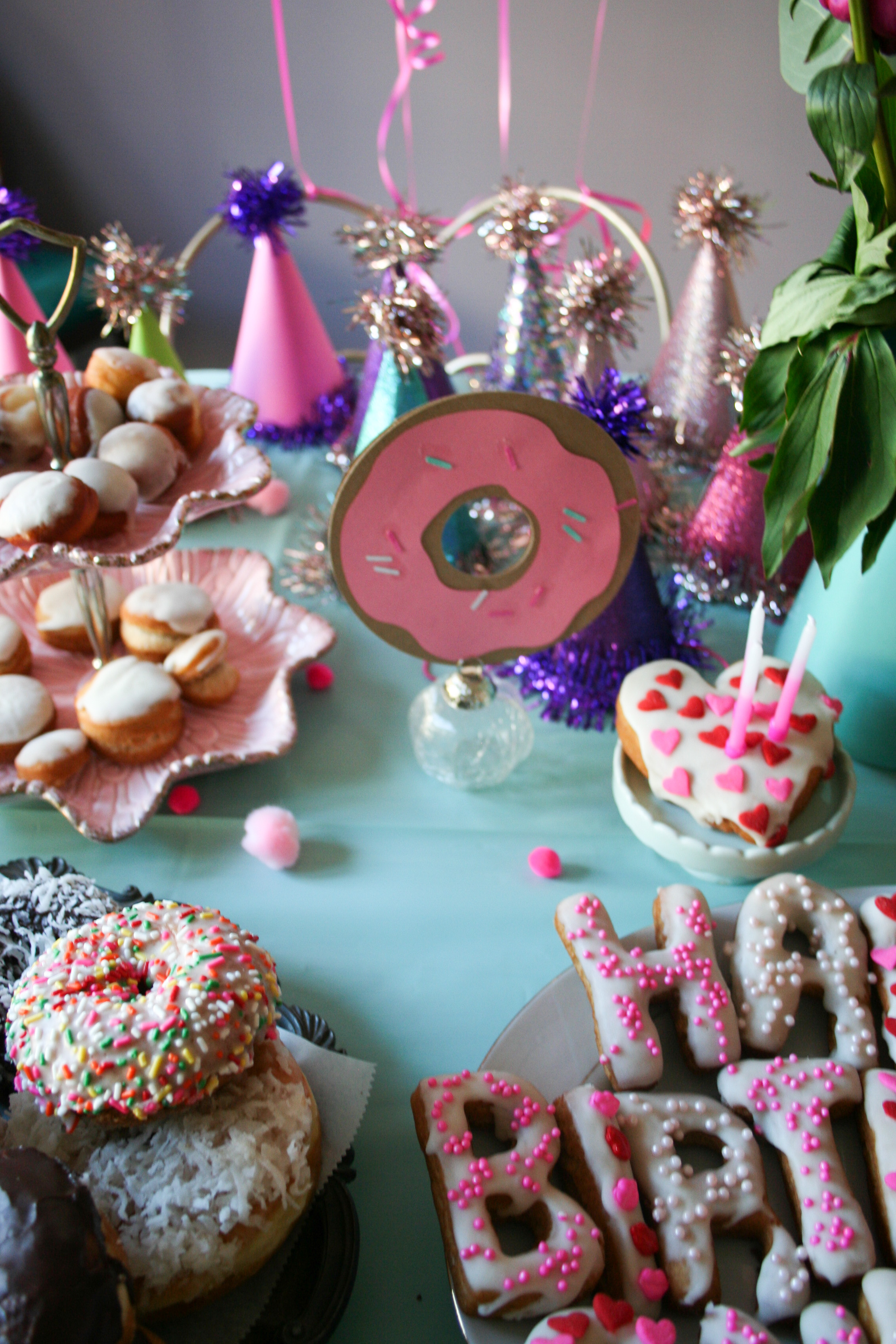 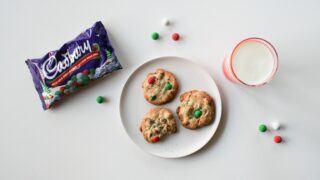 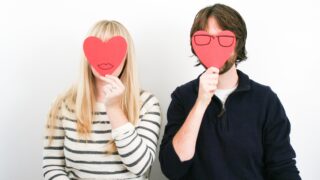 This looks amazing! How did you make the alphabet donuts?

I was wondering which cricut cartridge that you used for the donuts? Thank you