What is it about s’mores that just scream SUMMER? I know that Labor Day is the unofficial end of summer, but it will still be hot here in LA through the end of October, so we still have many nice warms nights ahead of us that are perfect for roasting marshmallows around the firepit! We made some s’mores last weekend at my mom’s house, and it inspired me to combine two of my favorite treats: S’mores and Donuts and make S’mores Donuts (or S’monuts as I like to call them)! 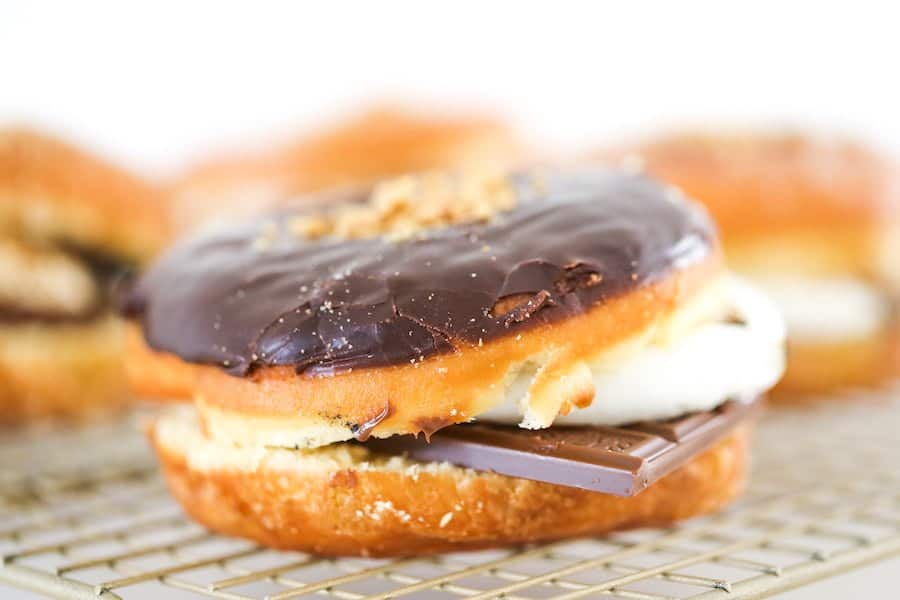 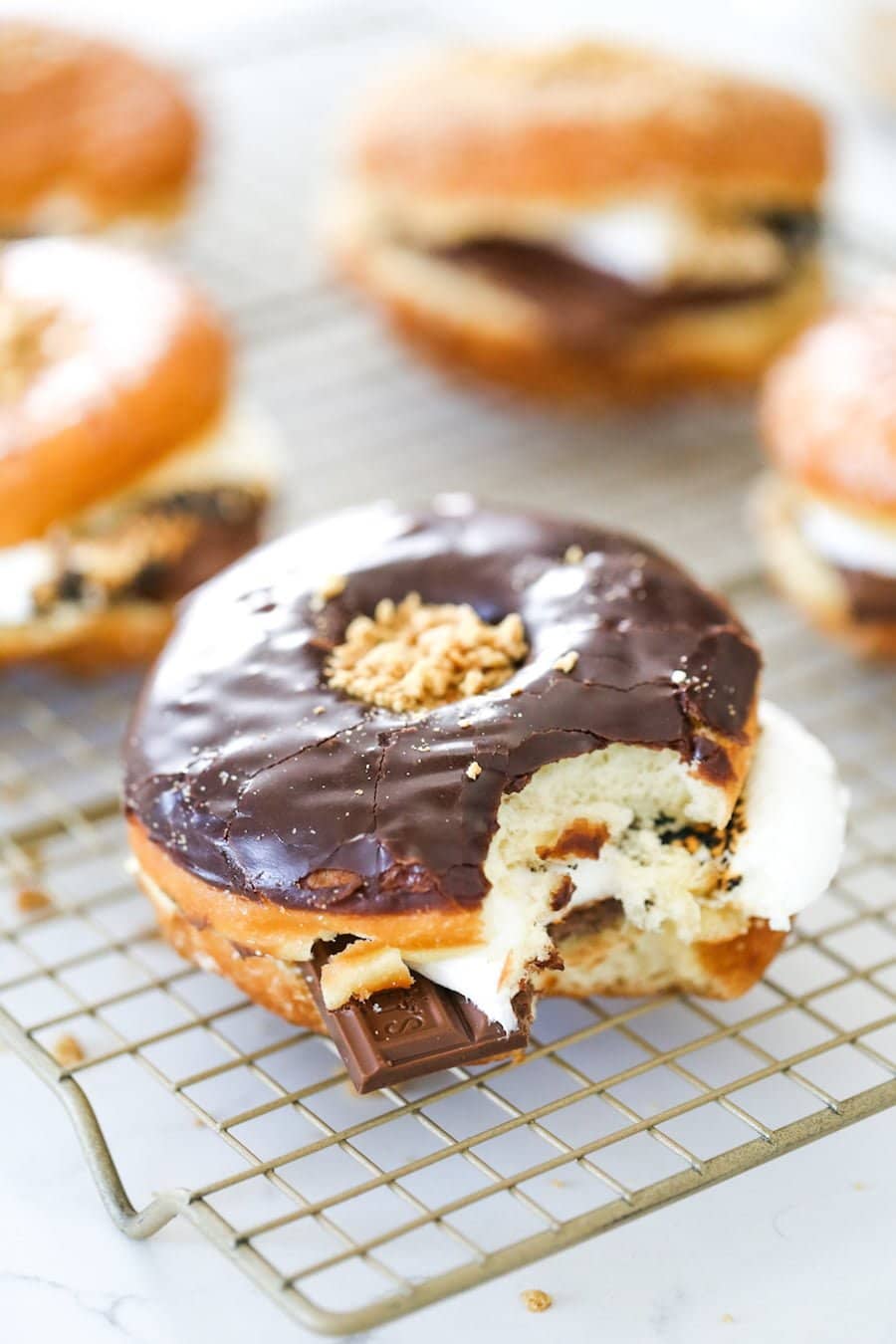 So last weekend we had a mini family barbeque at my mom’s house with hot dogs, mac and cheese, and some fruit and then we were going to roast some marshmallows around the fire pit for dessert. But unfortunately, as I was setting up the tray of graham crackers, marshmallows, and chocolate, I noticed all the mosquitos! There were SO many mosquitos! We were going to set up a blanket on the grass to let the twins play on while we roasted marshmallows and ate our dessert, but that plan was quickly canceled and thank god because the next day I had 14 mosquito bites!

We’re going to try making s’mores over the fire pit again soon, but I’ll be better prepared with some bug spray and citronella. If you would like to create some marshmallow madness in your own backyard, you can order a few things to make sure your s’mores making party is a success including: 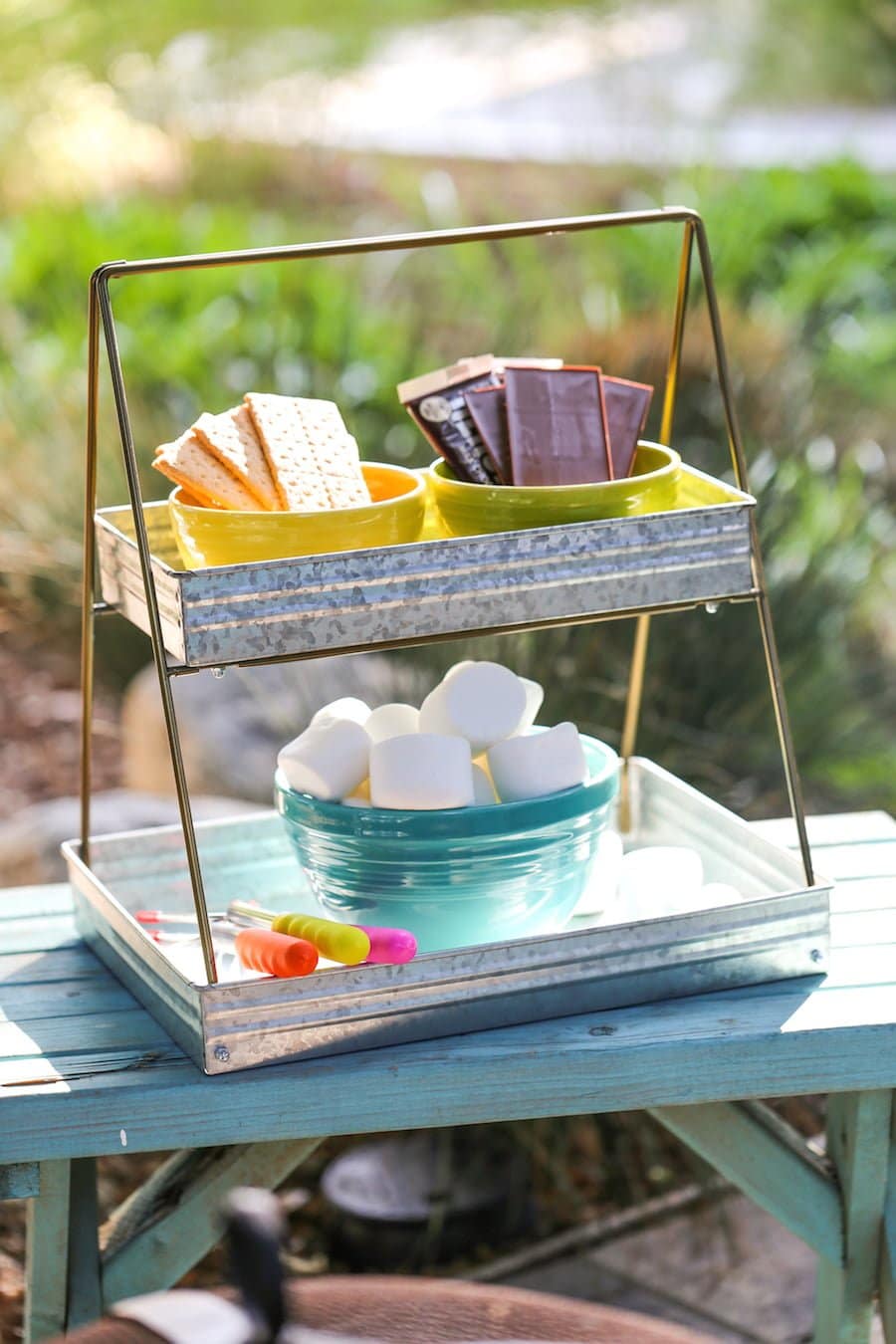 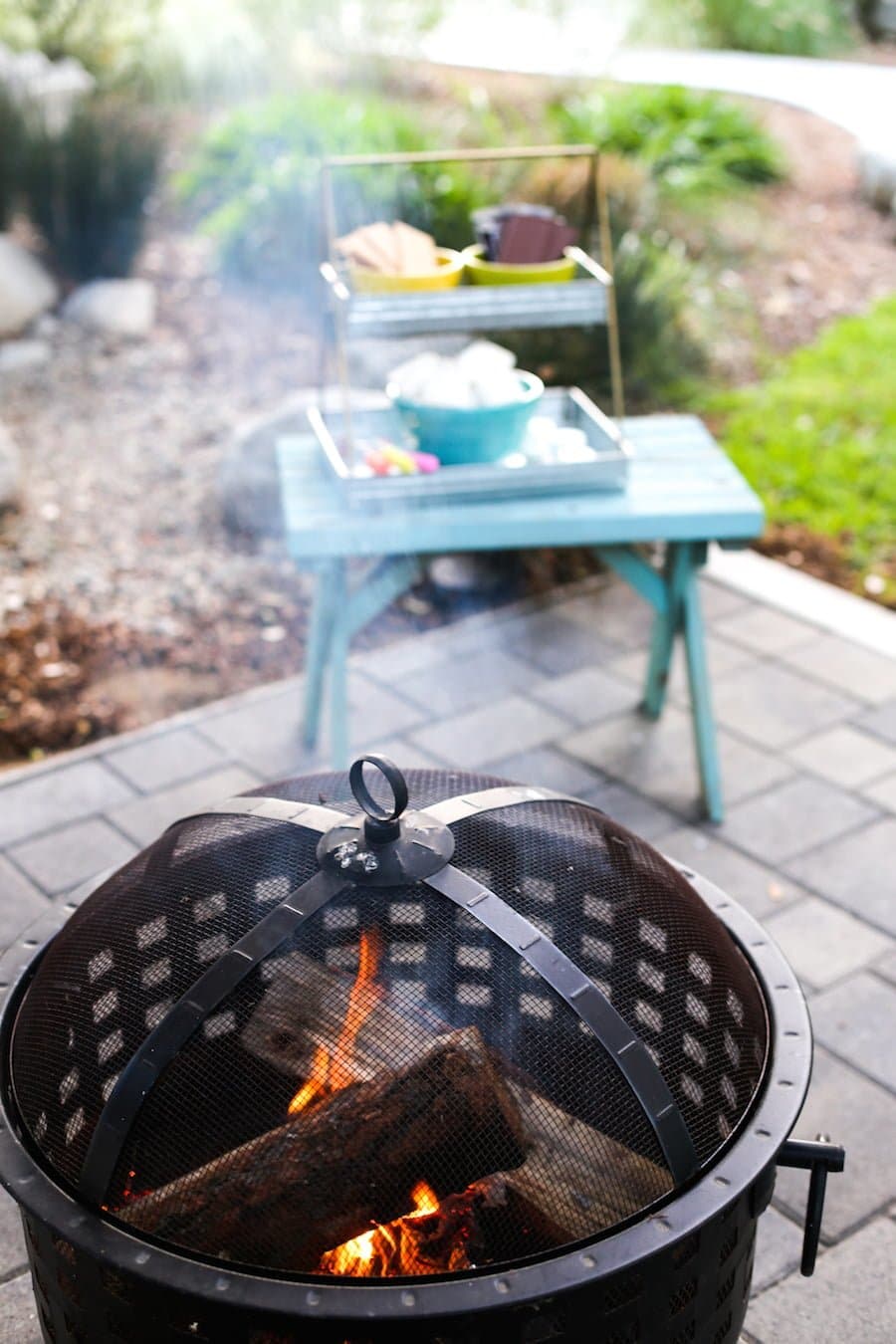 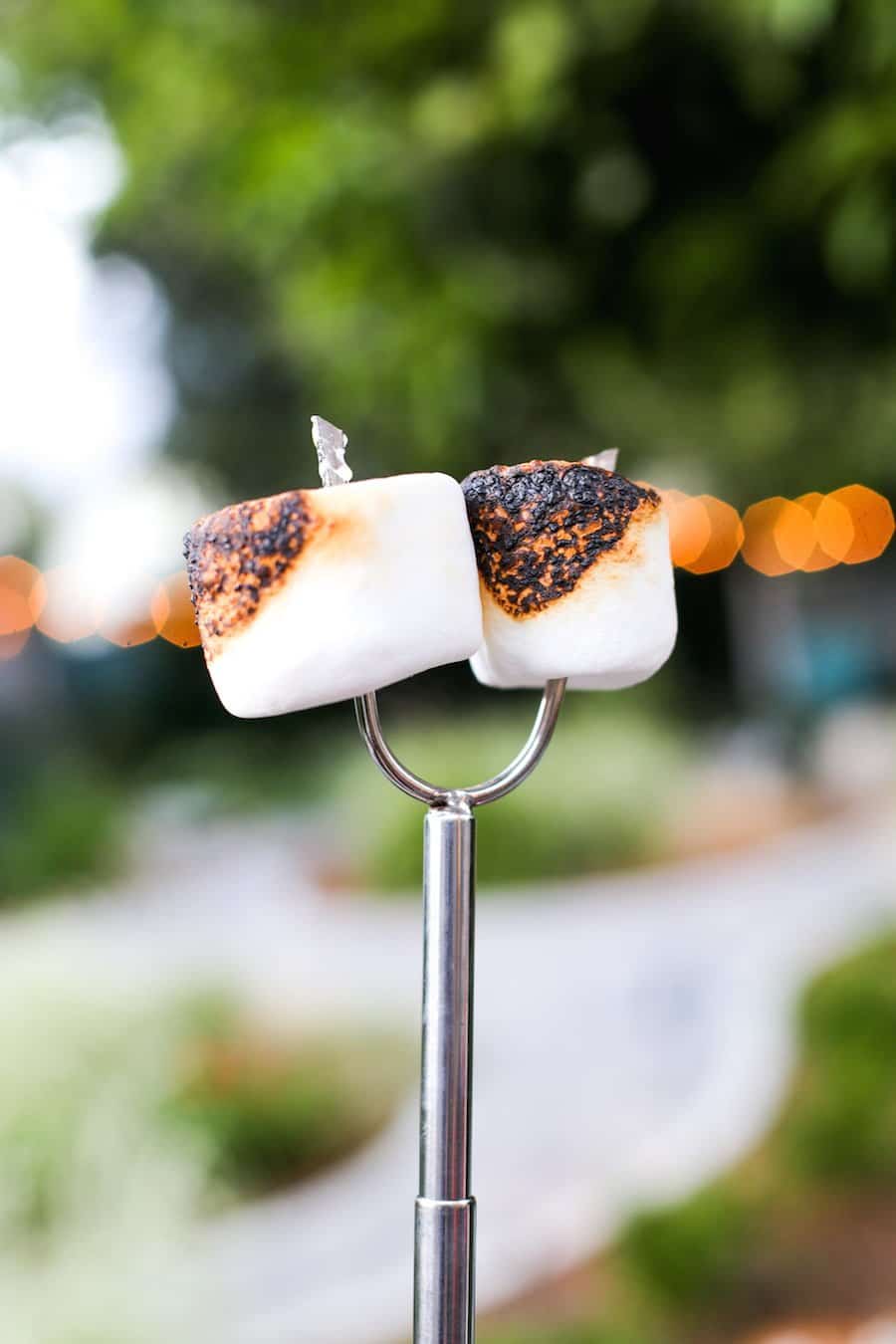 So, instead, we simply roasted the marshmallows outside and then moved the party inside. The s’mores were just as delicious inside as they would have been outside. I hadn’t had a s’more in well over a year and I had forgotten just how good they are and yesterday I decided I need to try some quick S’mores Donuts so I picked up some glazed donuts, a chocolate glazed donut, and a crumb glazed donut from the donut shop and used them in place of the graham crackers to make a sinfully sweet treat! 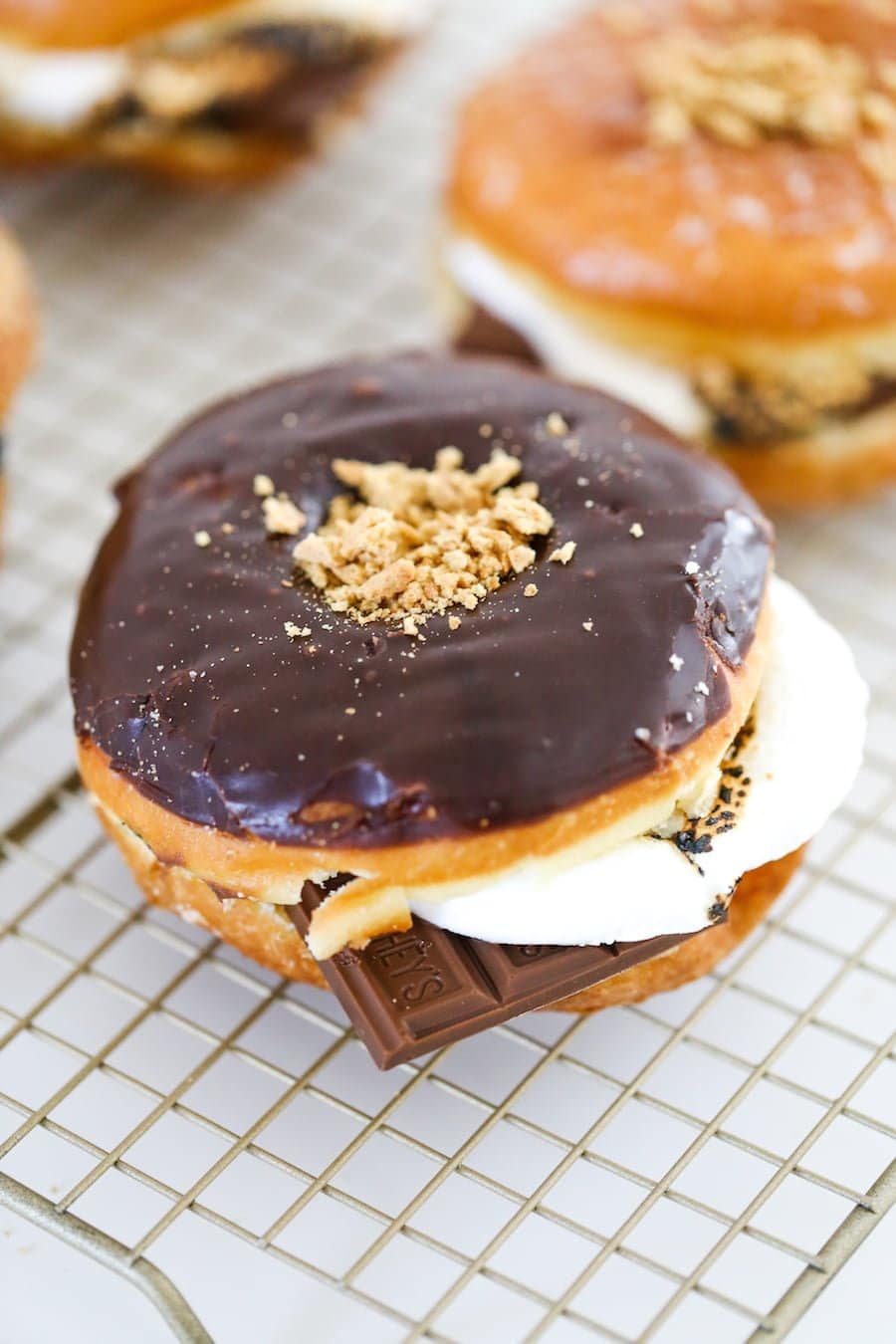 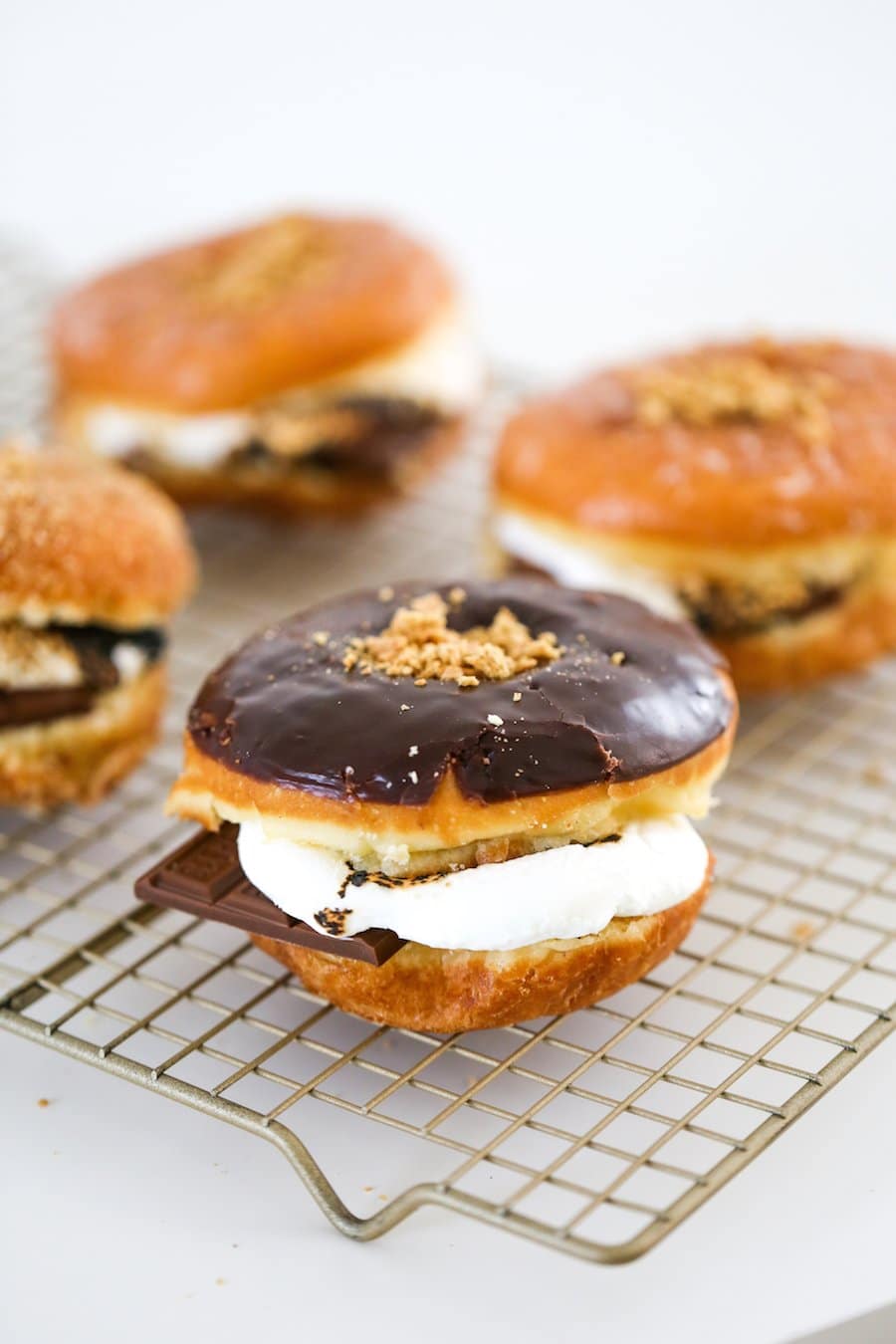 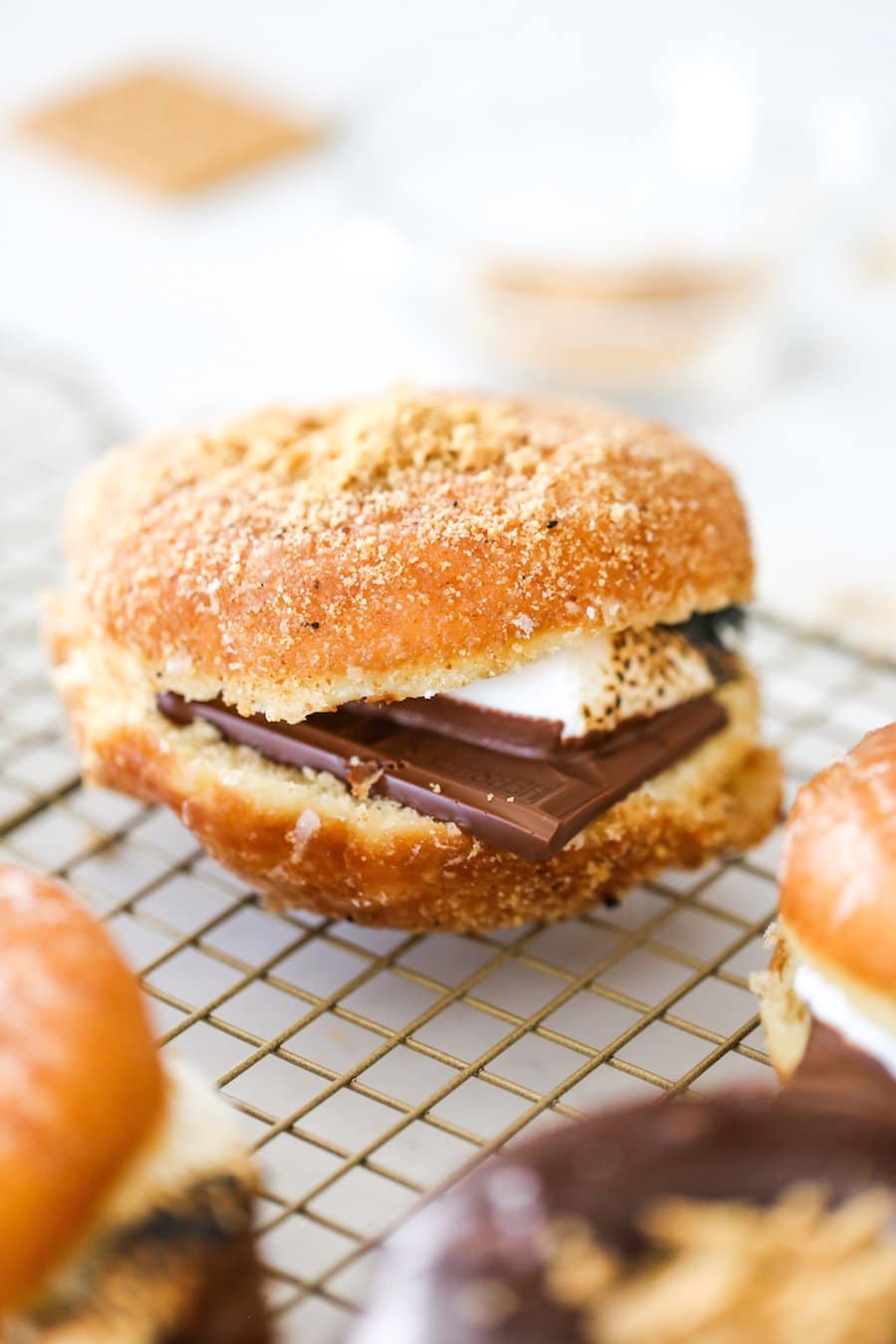 I’ve made S’mores Donuts before from scratch (making the dough, frying the donuts, filling them with marshmallow fluff, dunking the tops in chocolate, and sprinkling with graham crackers), but it’s a lengthy process so I wanted to make quick S’mores Donuts using donut shop donuts in place of the graham crackers. I am all about a quick dessert these days! 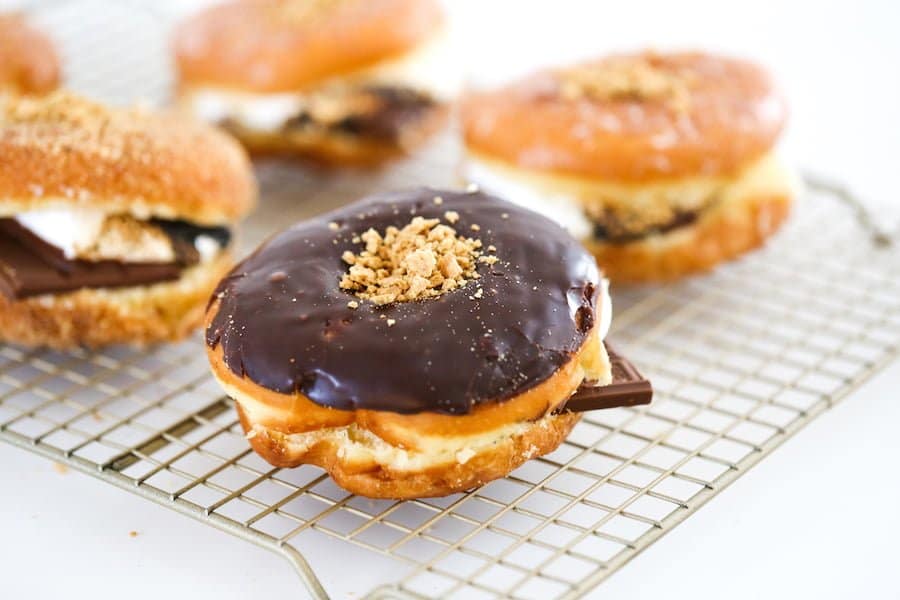 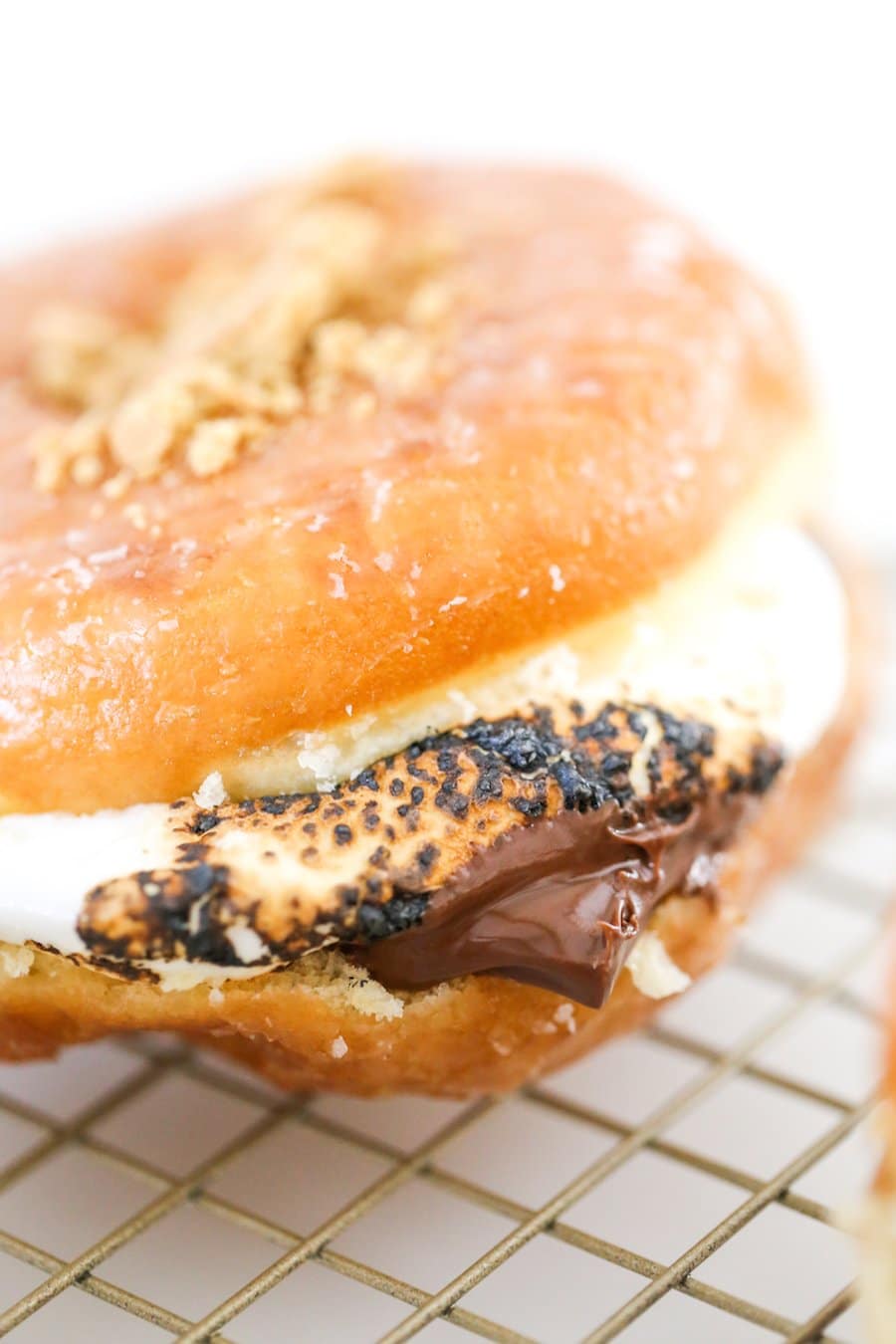 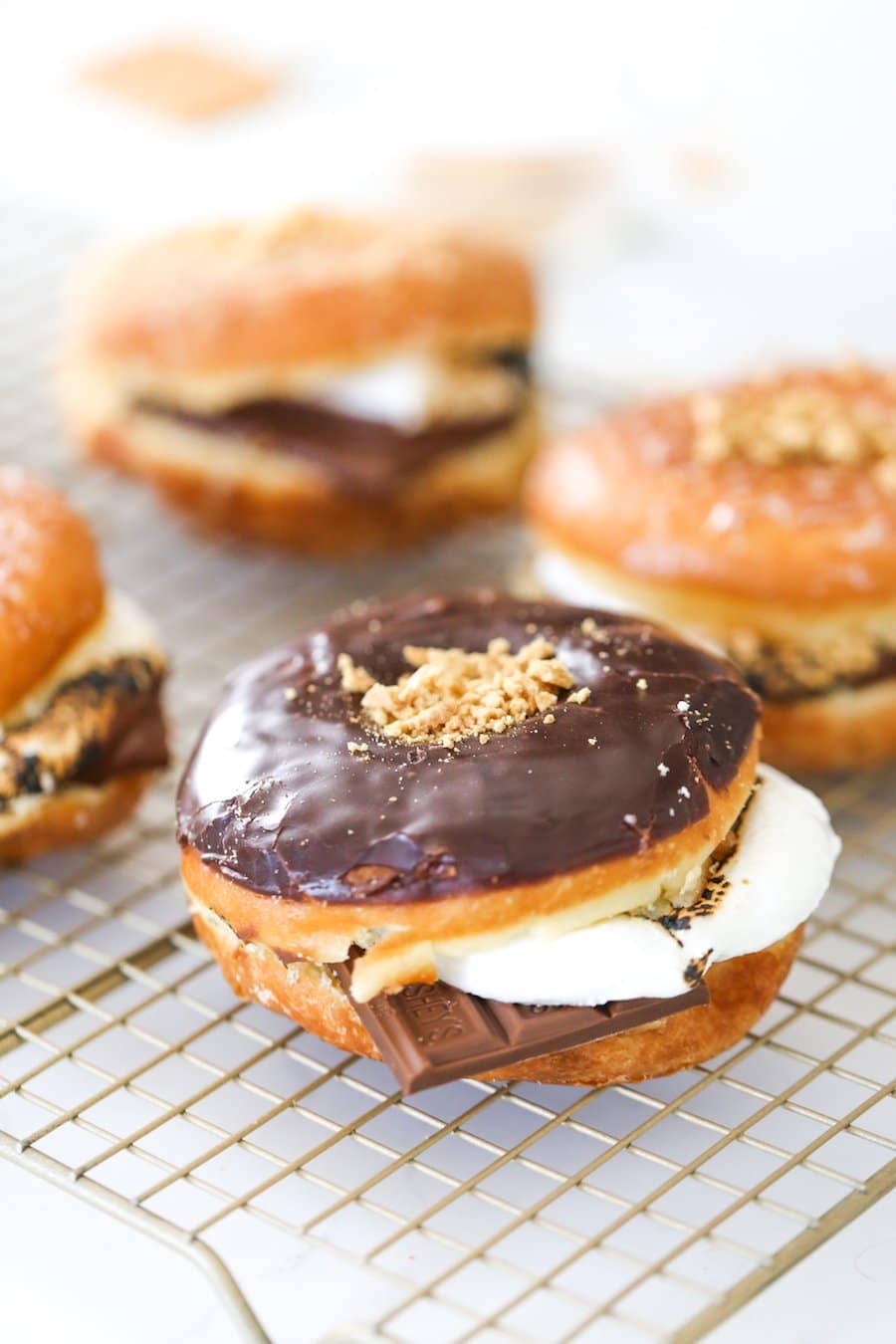 Here’s the “recipe” for the Donut S’mores: 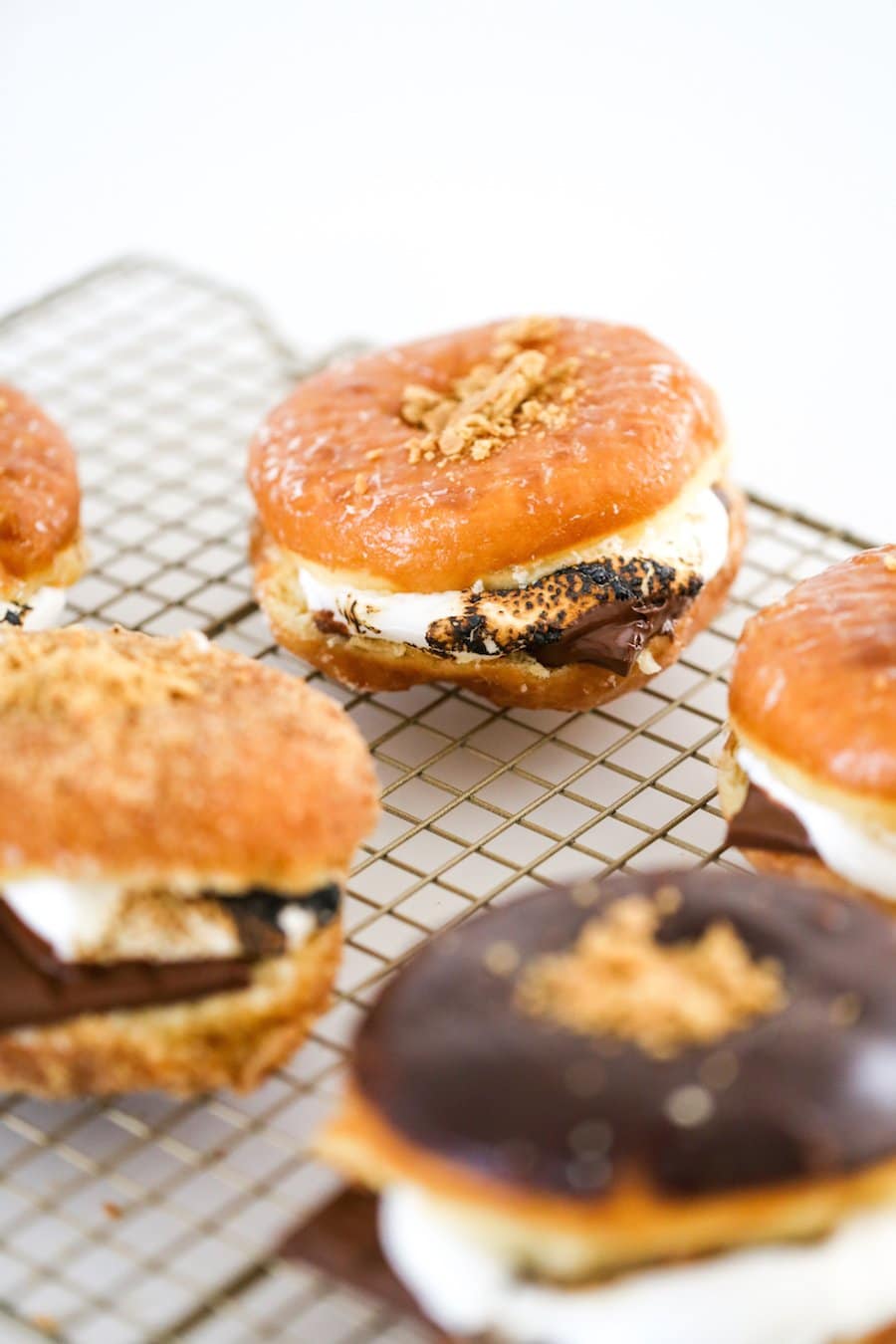 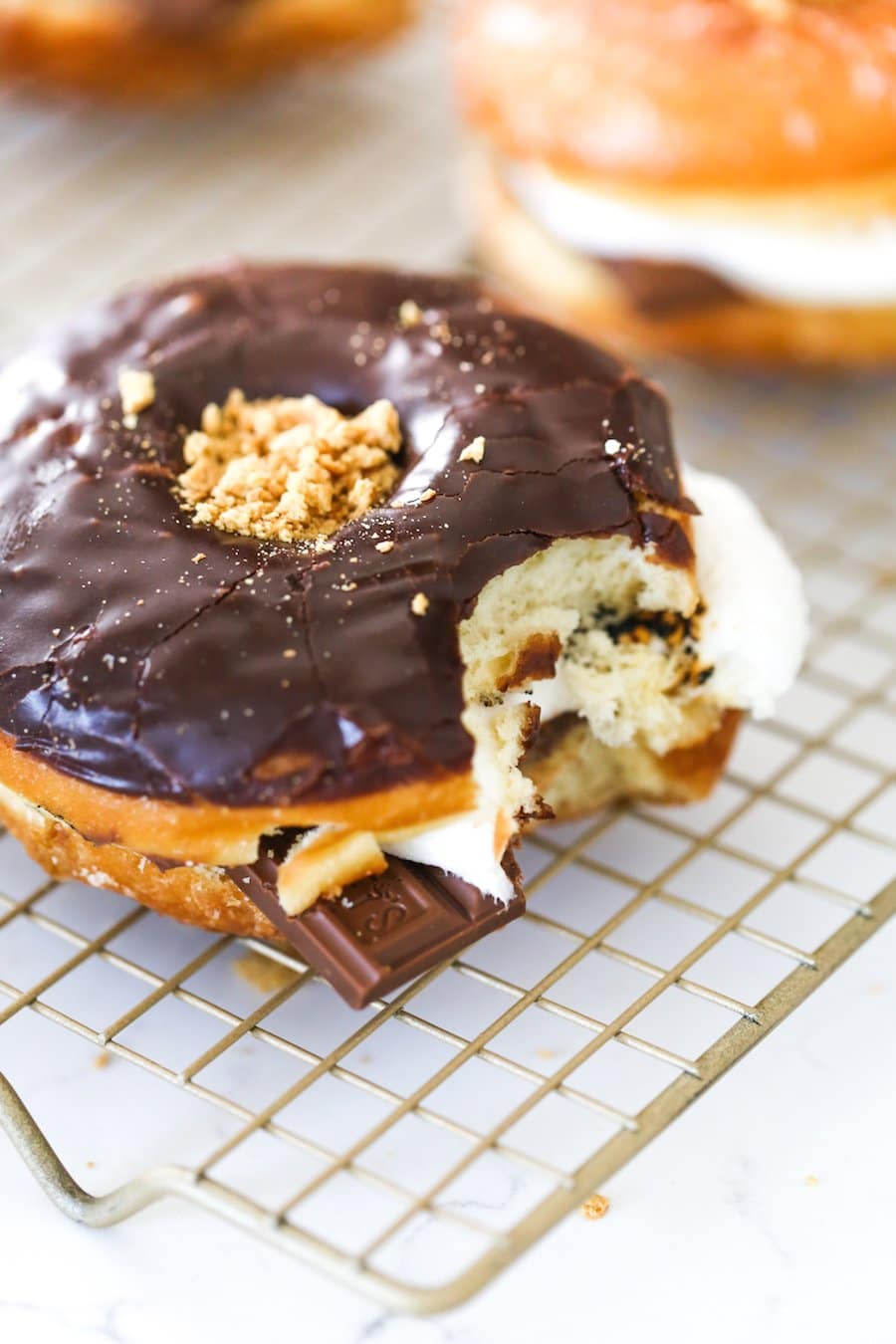 And if you’re looking for more s’mores ideas, be sure to checkout my S’mores Popcorn, S’mores Cookies, S’mores Milkshake, and S’mores Ice Cream! 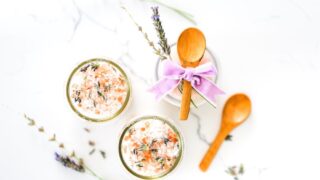 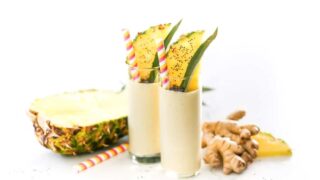