Ok, so you know how food bloggers always seem to have a little anecdote about the recipe they made? Maybe it was their grandmother’s favorite dish, or they made it for a holiday, but it totally burned and they had to order pizza instead, or it was inspired by their honeymoon or something? Well, I got nothing for this one! Tuesday was National Piña Colada Day … and I make over-the-top, crazy milkshakes, so I combined the two and made a Piña Colada Milkshake! 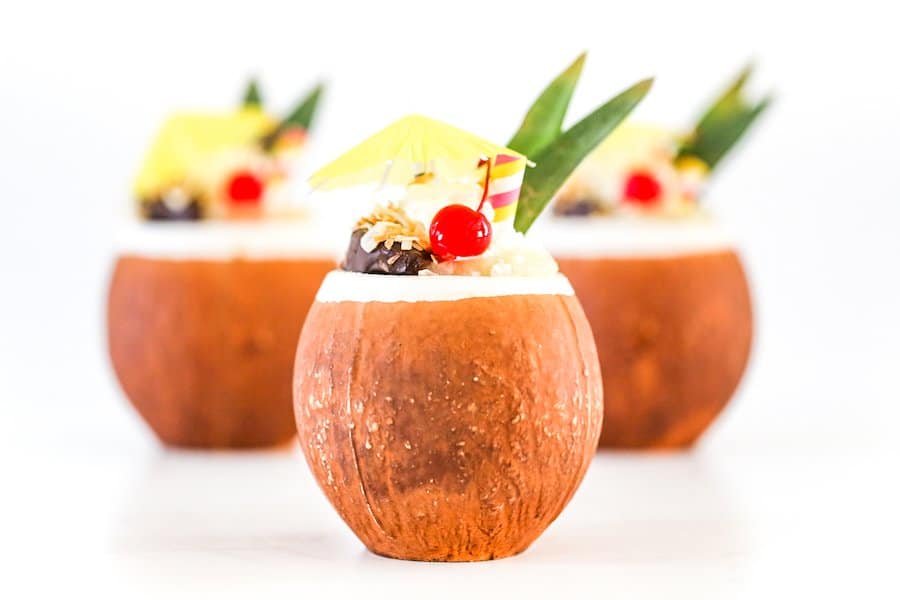 Normally, I display all of my milkshakes in a clear glass so you can see the actual milkshake, but this one just begged to be poured into my Trader Vic’s coconut mugs! But, I still want you to be able to see the milkshake – I mean, otherwise I could just top a glass with an ornate garnish and fake it – so here it is in a clear glass. 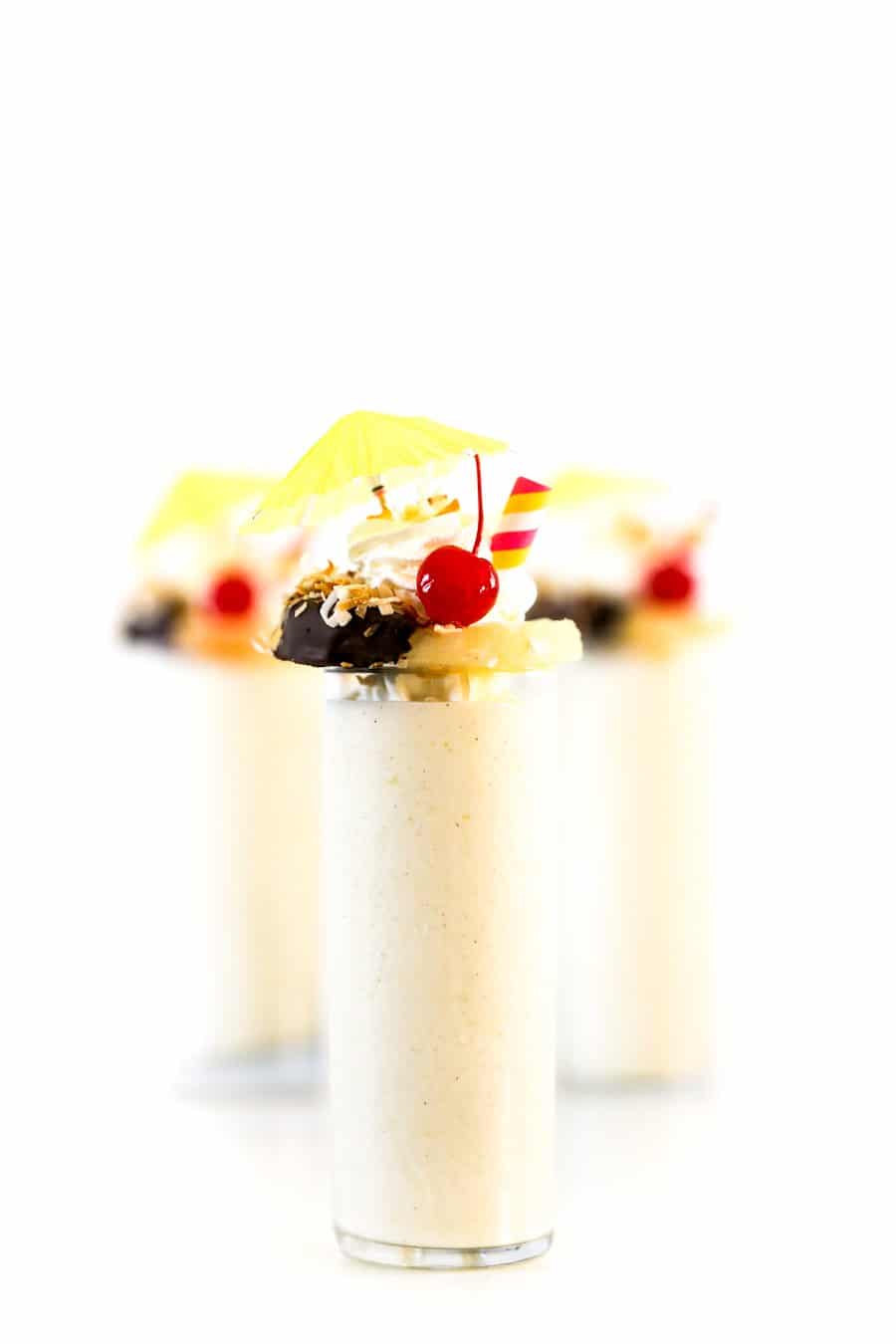 The garnish is super yummy! It’s a frozen pineapple ring dipped in chocolate and then sprinkled with toasted coconut – but if you want a more detailed tutorial, click here (coming soon).

And, I tried to make coconut whipped cream from a can of coconut milk, but it DID NOT WORK! According to the internet, you can refrigerate a can of coconut milk overnight so the cream rises to the top of the can and congeals while the water remains at the bottom. Then, you simply (carefully and without jostling) open the can, scoop out the solidified cream, (save the water for another recipe), and whip the cream using a mixer (or do it by hand for an arm workout) for 2-5 minutes until creamy. Well, one of my cans didn’t congeal – apparently, it’s easy to get a dud can – and while my second can congealed, it never whipped until creamy – just a lumpy, grey, blob of coconut cream. So, I took a cup of heavy whipping cream and in 5 minutes I had fluffy and delicious whipped cream! 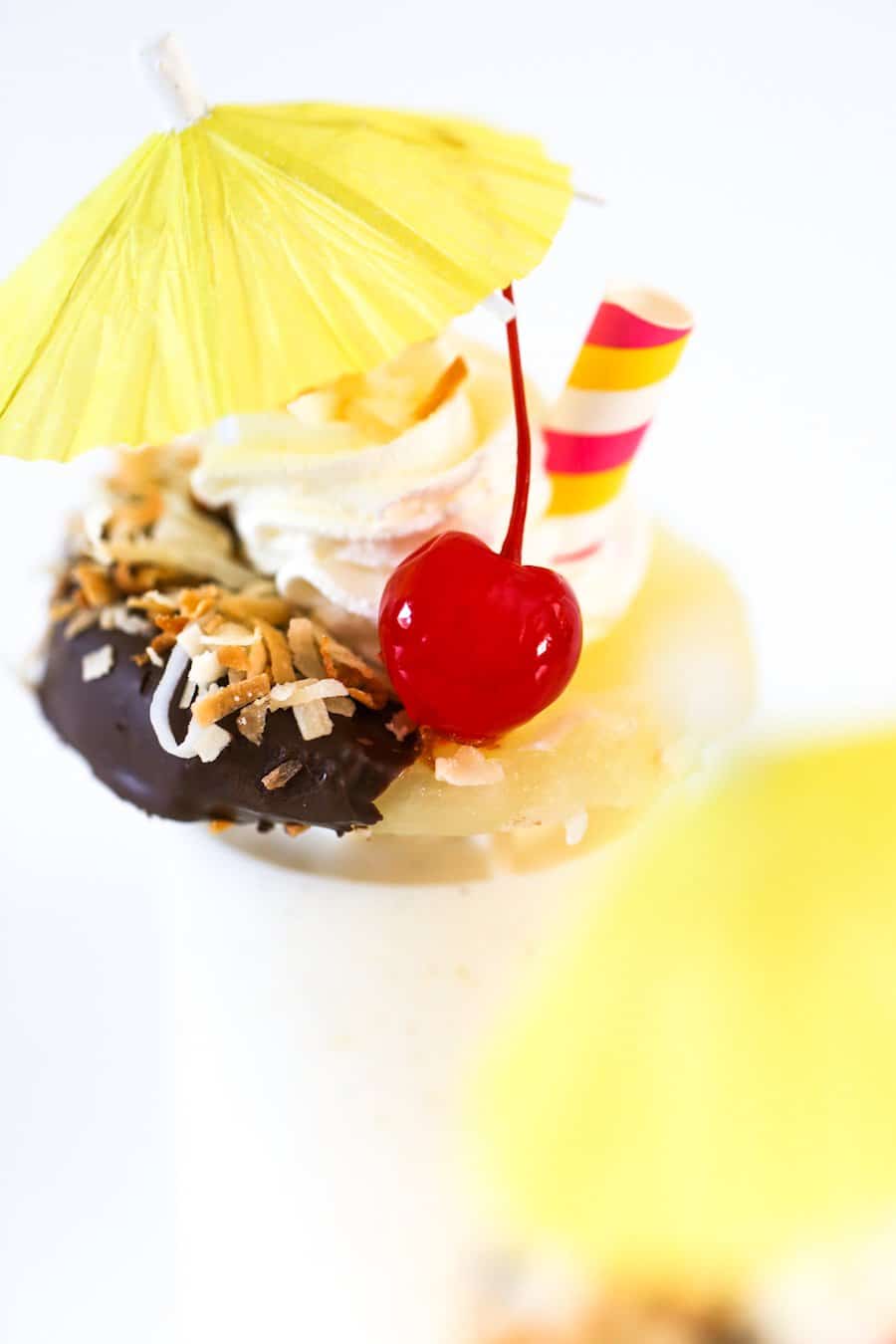 The cream of coconut can be found in the alcoholic beverage section - it's a mixer - it's NOT coconut milk or coconut cream, but if you wanted to use coconut cream, you could, you would likely just need to add MORE to get the flavor.

I use my Ninja blender for all my milkshakes! I can’t say enough good things about the blender! It’s not super cheap, but it won’t fall apart like some $20-30 brands (looking at you, Hamilton Beach). It also doesn’t cost an arm and a leg (like a Vitamix.) If you’re in need of a new blender, I definitely recommend this one. My only tip is that even though the pitcher says it’s dishwasher safe, be sure to hand wash it. Our first one cracked in the dishwasher, but our replacement pitcher has been going strong for 3-4 years now. 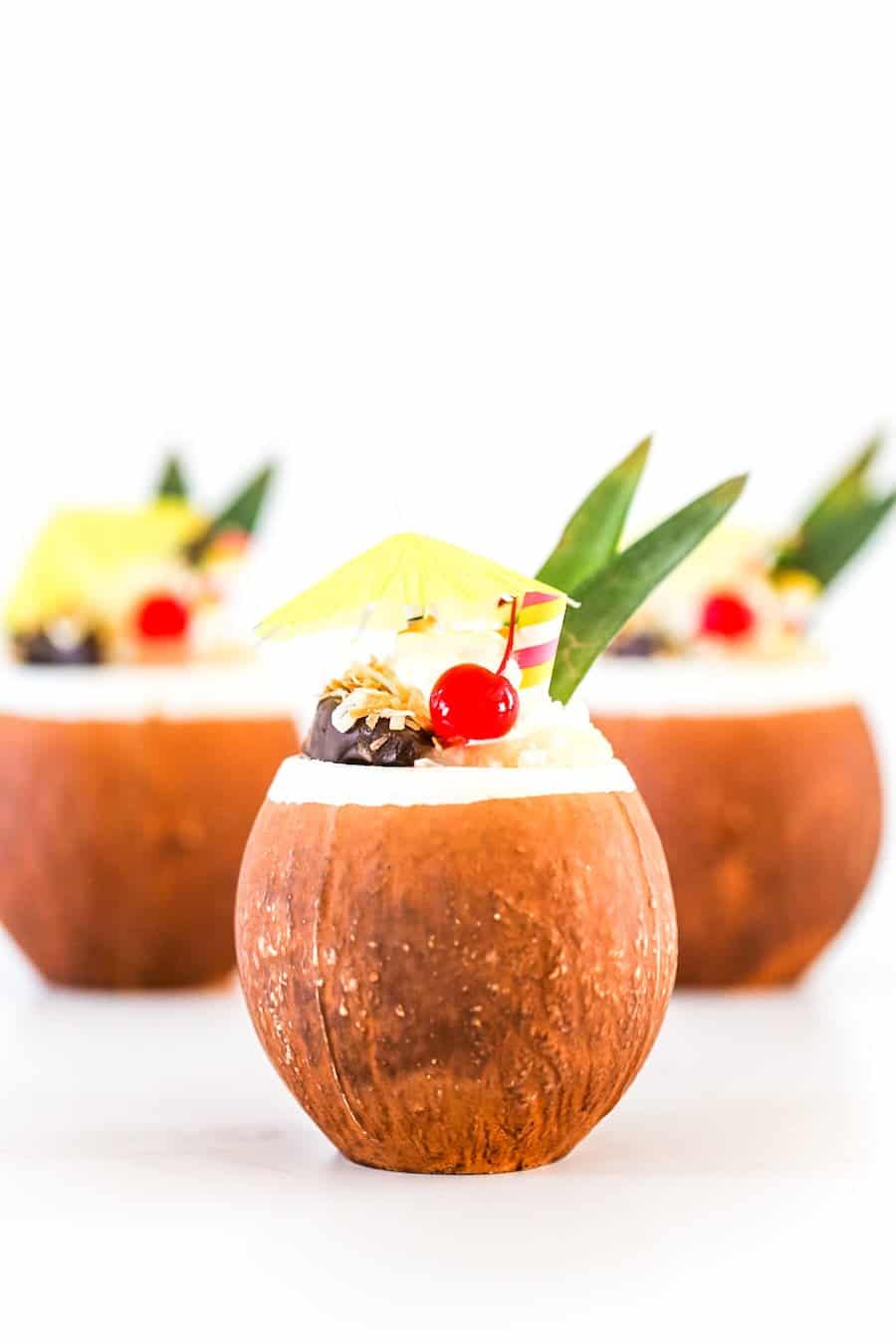 What’s your favorite tiki or beach drink? Think it could be made into a milkshake? Let me know in a comment and I’ll try it out! I might try a Blue Hawaiian Milkshake next! 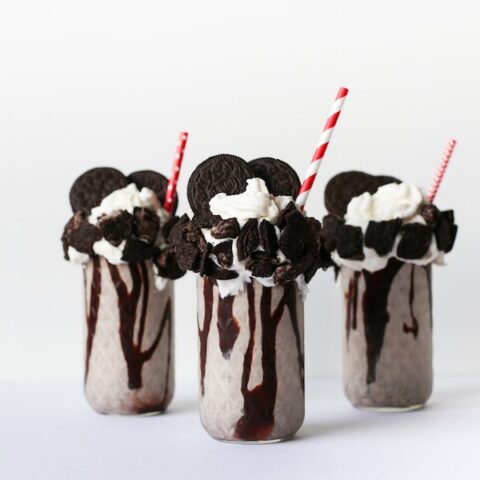 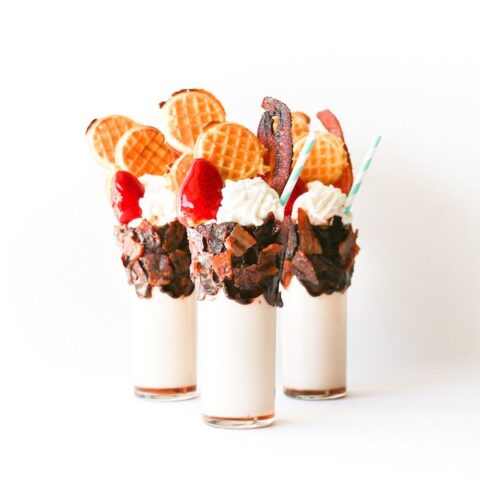 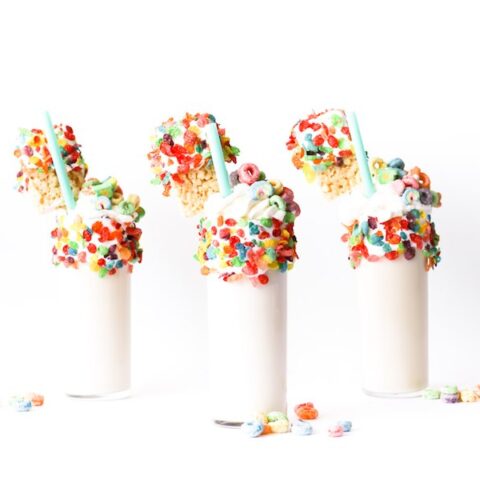 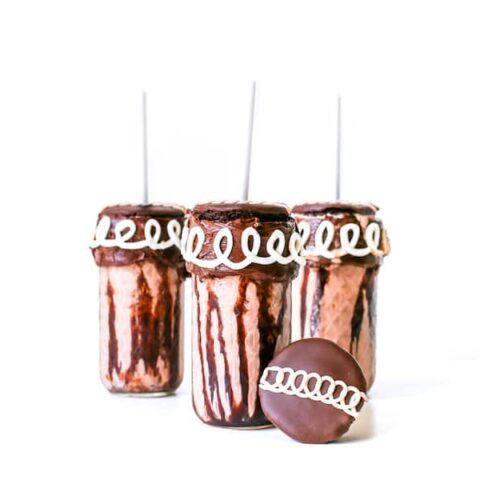 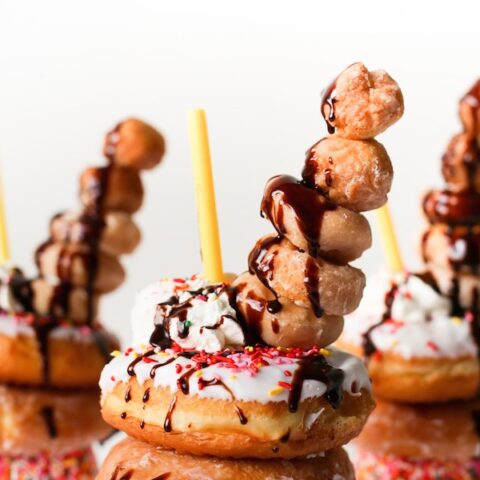 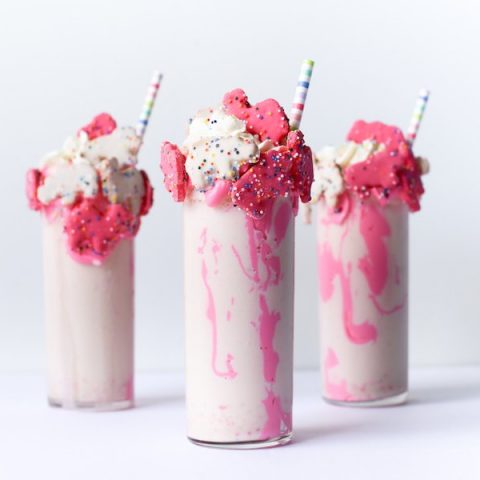 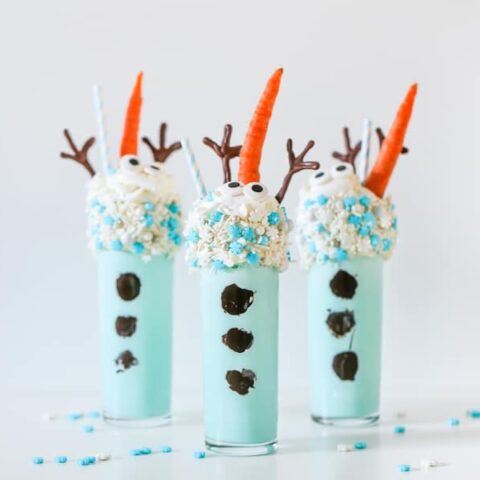 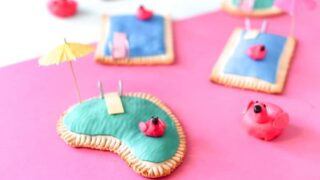 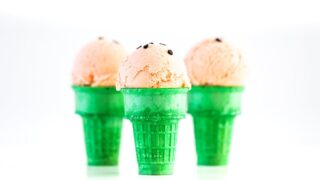