This Homemade Whipped Cream Recipe is both simple and delicious! You just need heavy whipping cream, granulated sugar, and vanilla extract to make delicious whipped cream at home and either a stand mixer, a hand mixer, or really, really strong biceps and some stamina! 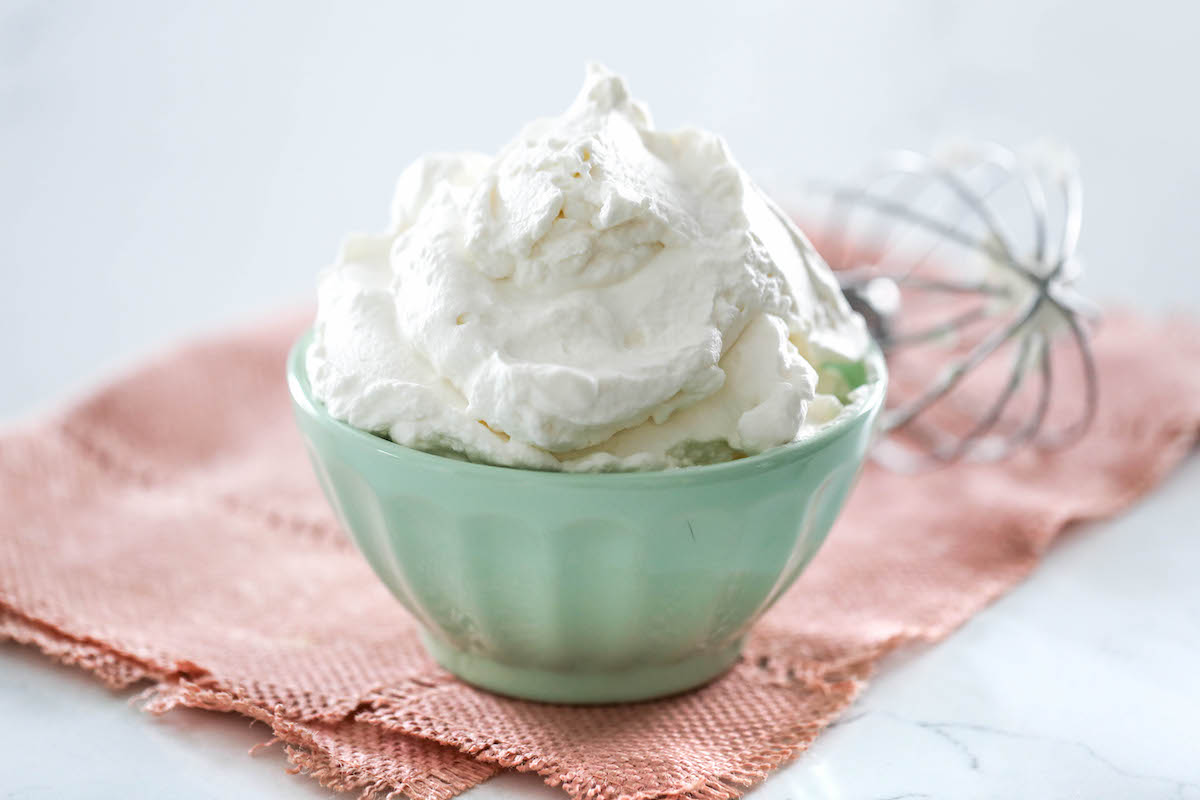 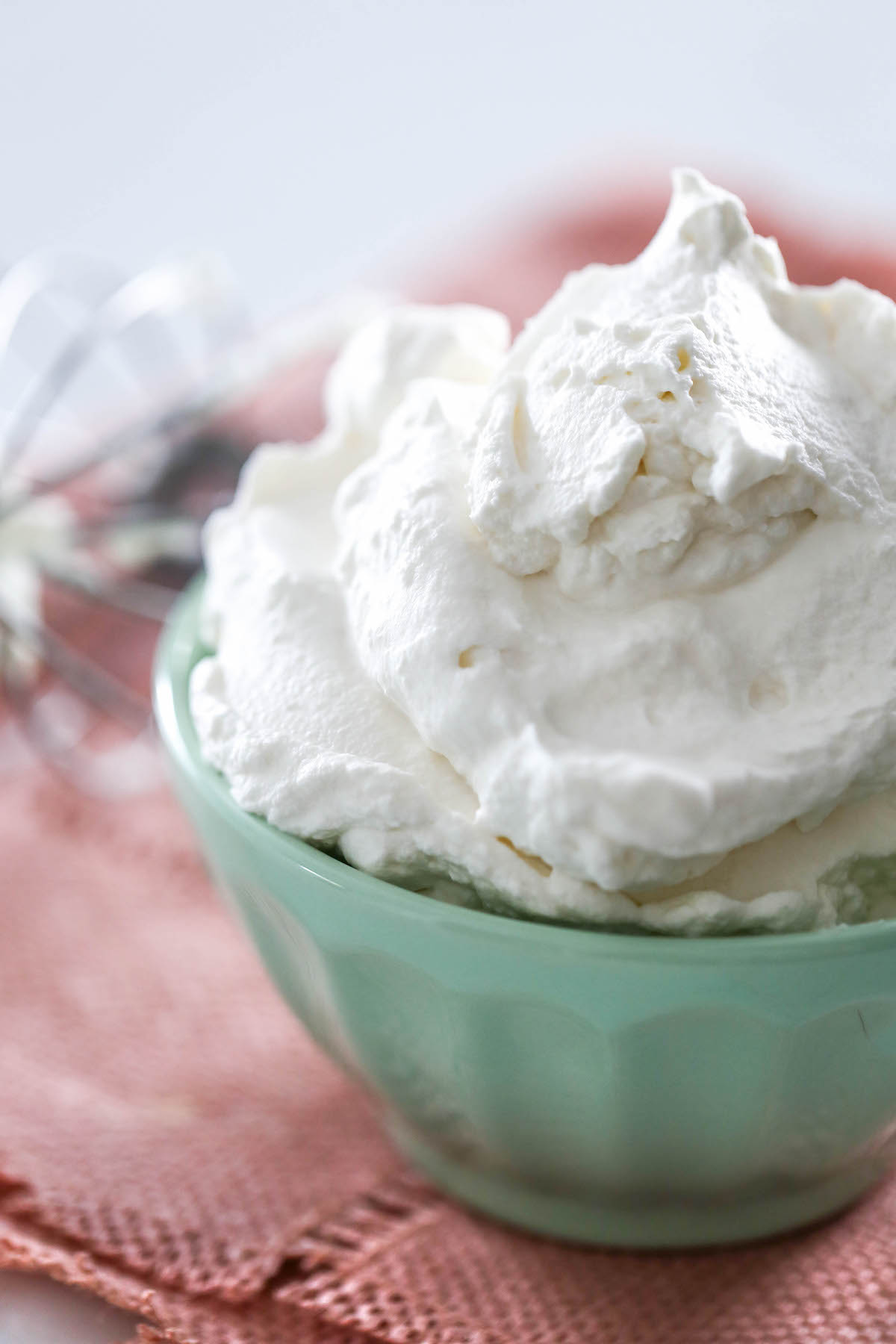 I make my own homemade whipped cream using my KitchenAid Stand Mixer with the whisk attachment, but you can also use a hand mixer or, if you’re really optimistic and you’ve been working out, you can whip it yourself using a whisk and 5-10 minutes of human super power! I am not exaggerating at all when I say that it will be a wrist workout! 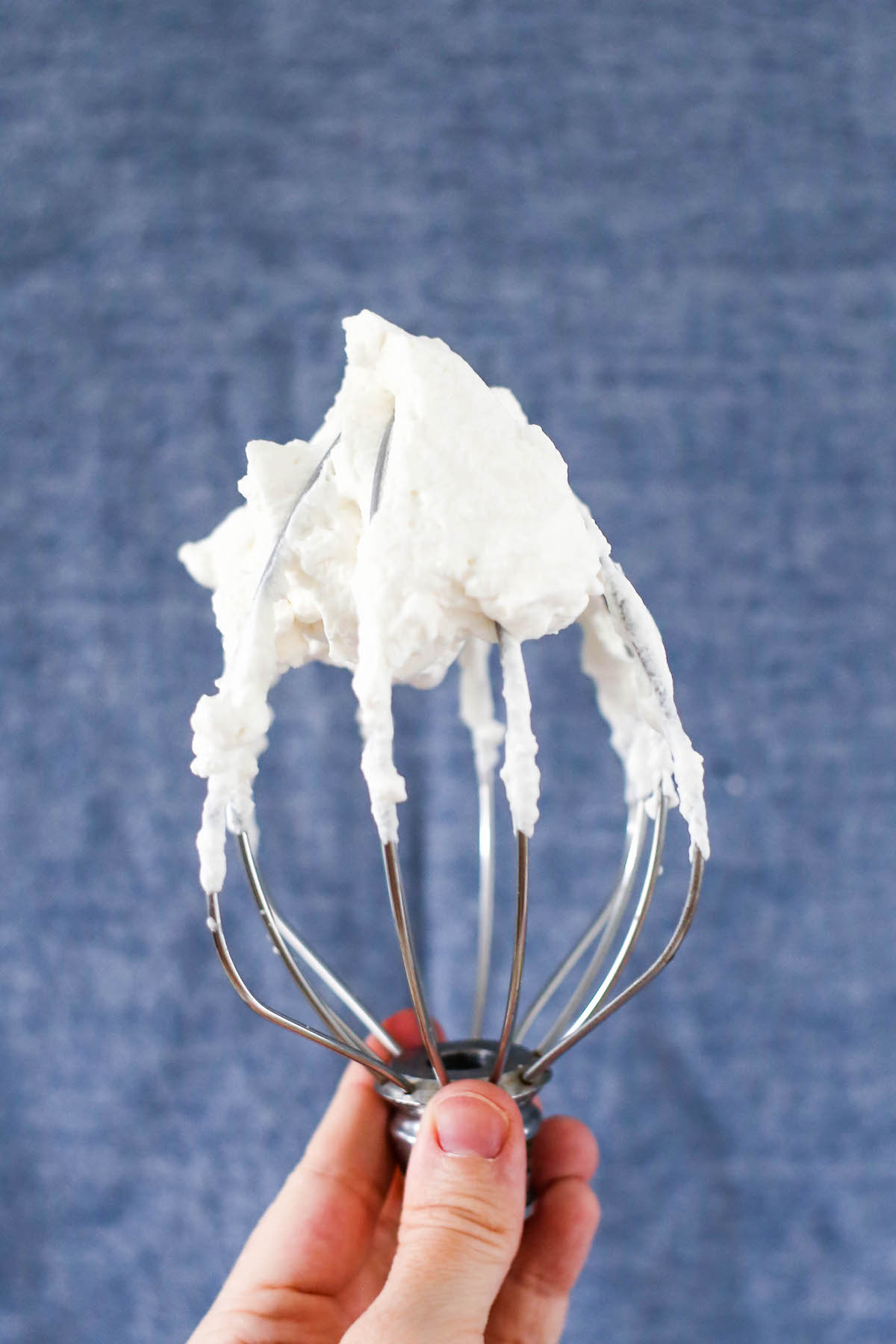 The full, printable recipe is below, but here are the needed ingredients.

You probably already have sugar and vanilla extract on hand … so it’s probably just the heavy whipping cream that you might need to get from the grocery store. 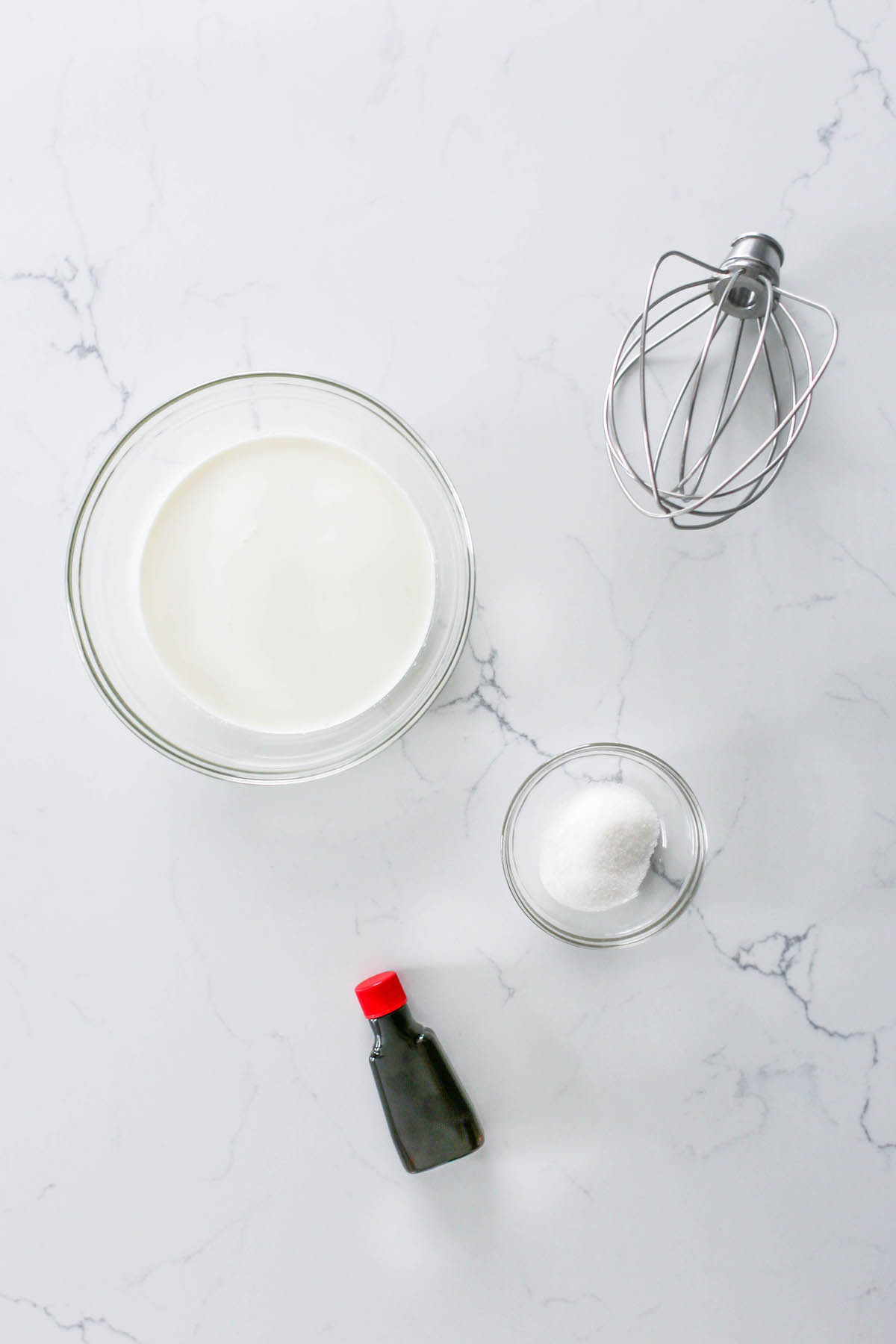 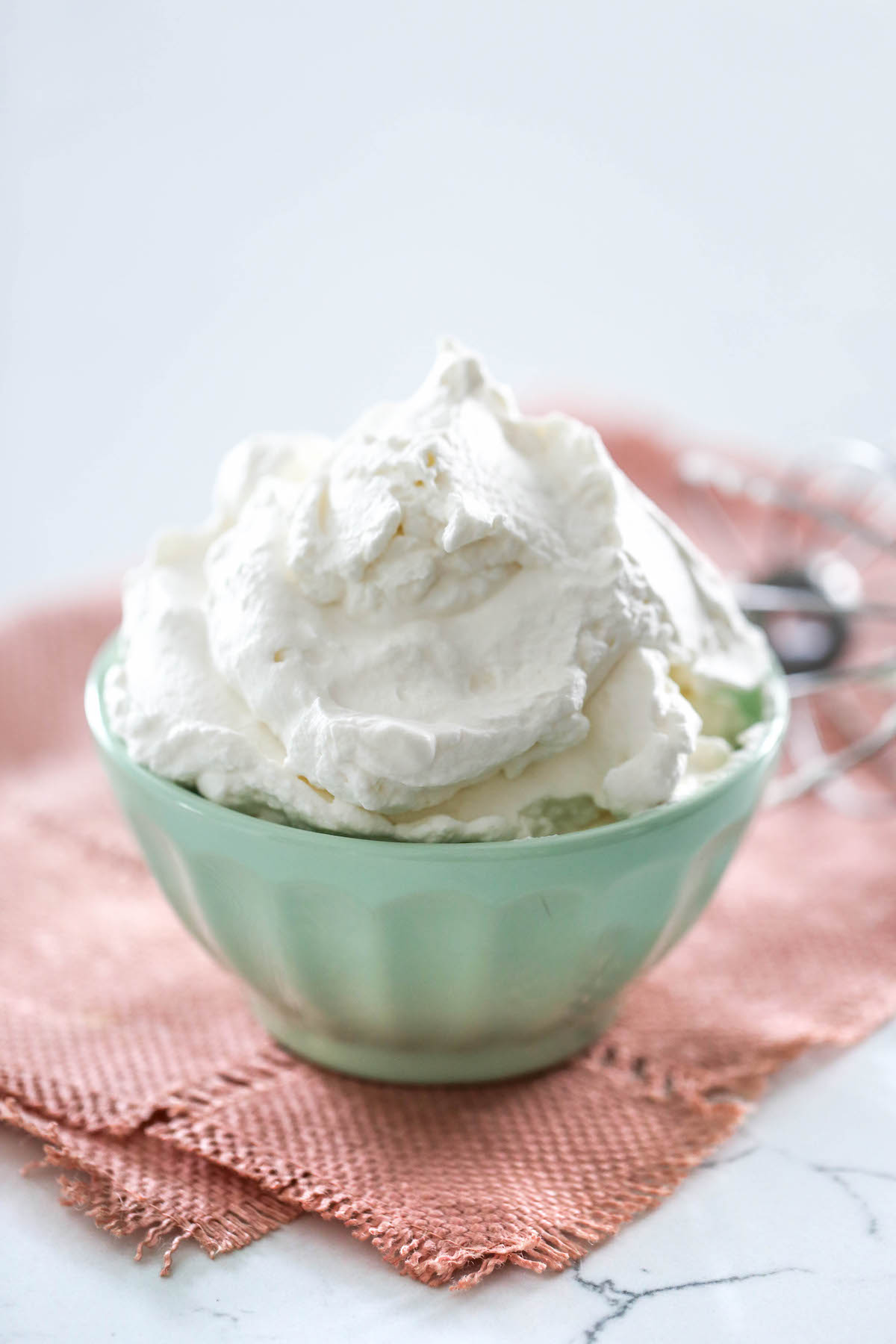 How to Make Homemade Whipped Cream:

Simply add all of the ingredients to your KitchenAid stand mixer bowl or a mixing bowl and start mixing on medium high. Continue whisking until stiff peaks form. 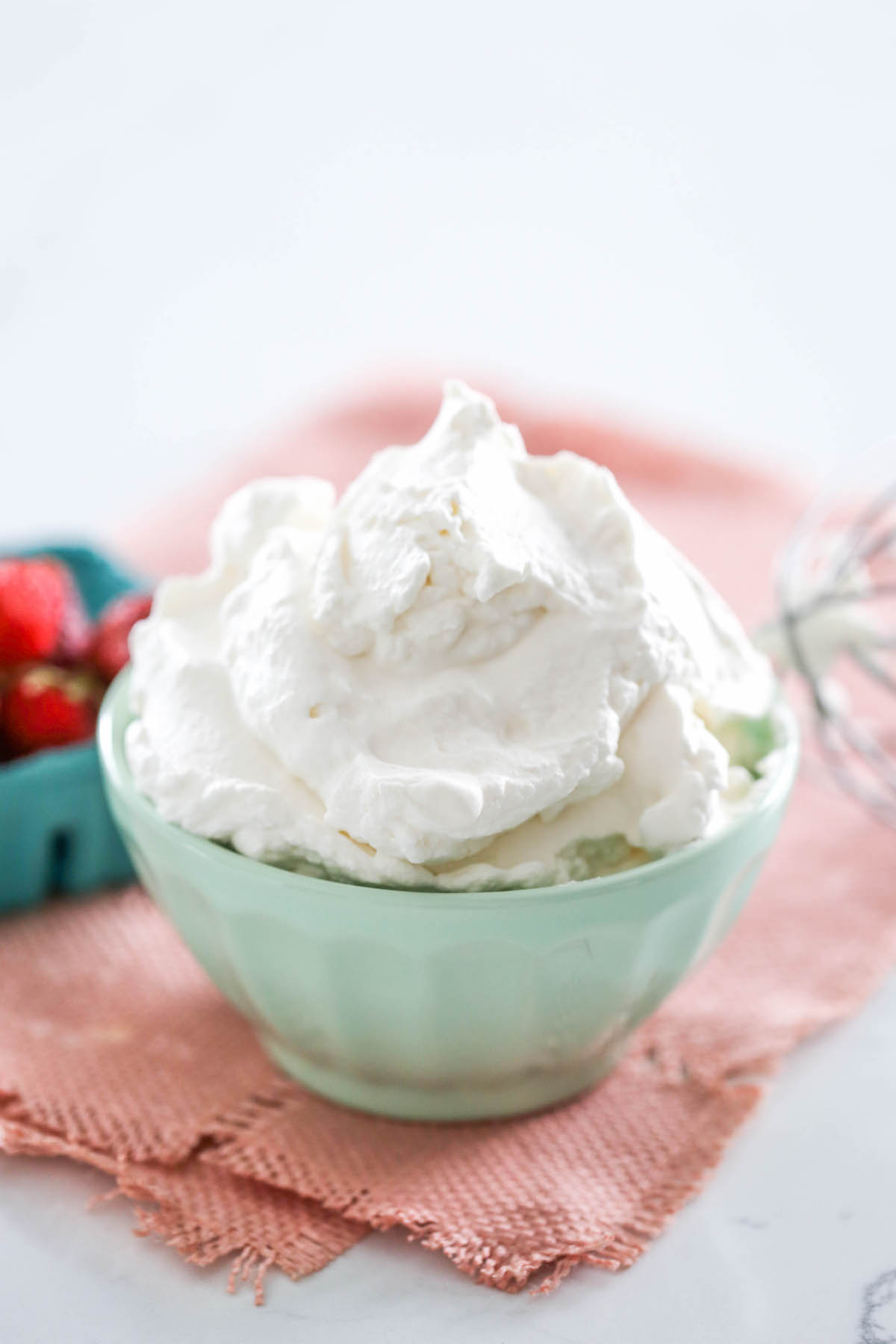 Ok, but maybe you have a few questions …

What does it mean to form “stiff peaks”?

You’ll know your whipped cream is done once stiff peaks form. This means that when you hold up the whisk attachment or hand mixer beaters, the whipped cream sticks straight up, keeps its shape, and doesn’t start to melt over onto itself. 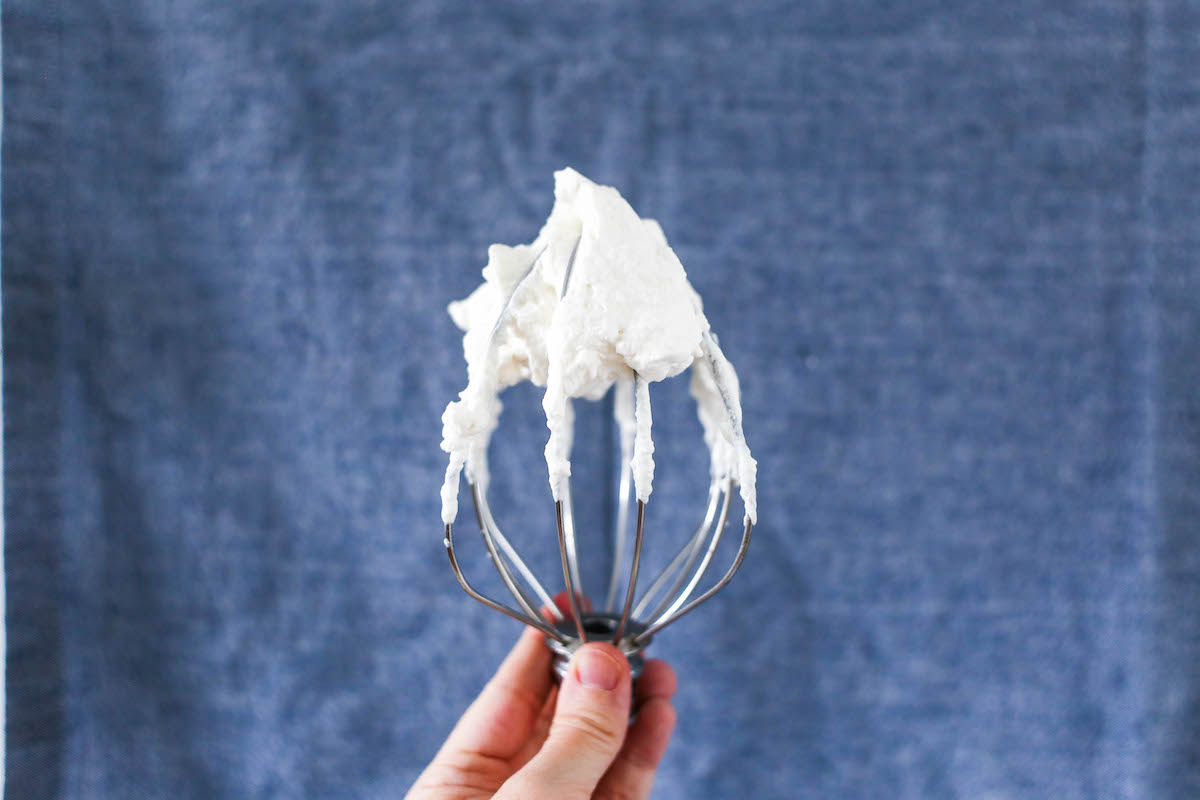 Do I have to chill the metal bowl before whipping?

The short answer is no.

My freezer is always full of prepared freezer meals (such as my Freezer Friendly Chicken Taquitos or my Freezer Friendly Blueberry Banana Oatmeal) and I usually do not have any room in it for chilling bowls to make whipped cream. So honestly, I do not chill my metal bowls or my whisk attachment and my whipped cream always turns out just fine and I don’t notice any difference.

But others say that cream whips best when cold and you’ll get more volume from a chilled bowl. So if you have the room in your freezer for the metal bowl and you remember to put it in there 15 minutes ahead of time, feel free to chill your metal bowl before whipping up your whipped cream, but if you don’t have the room or you forget, don’t worry about it! 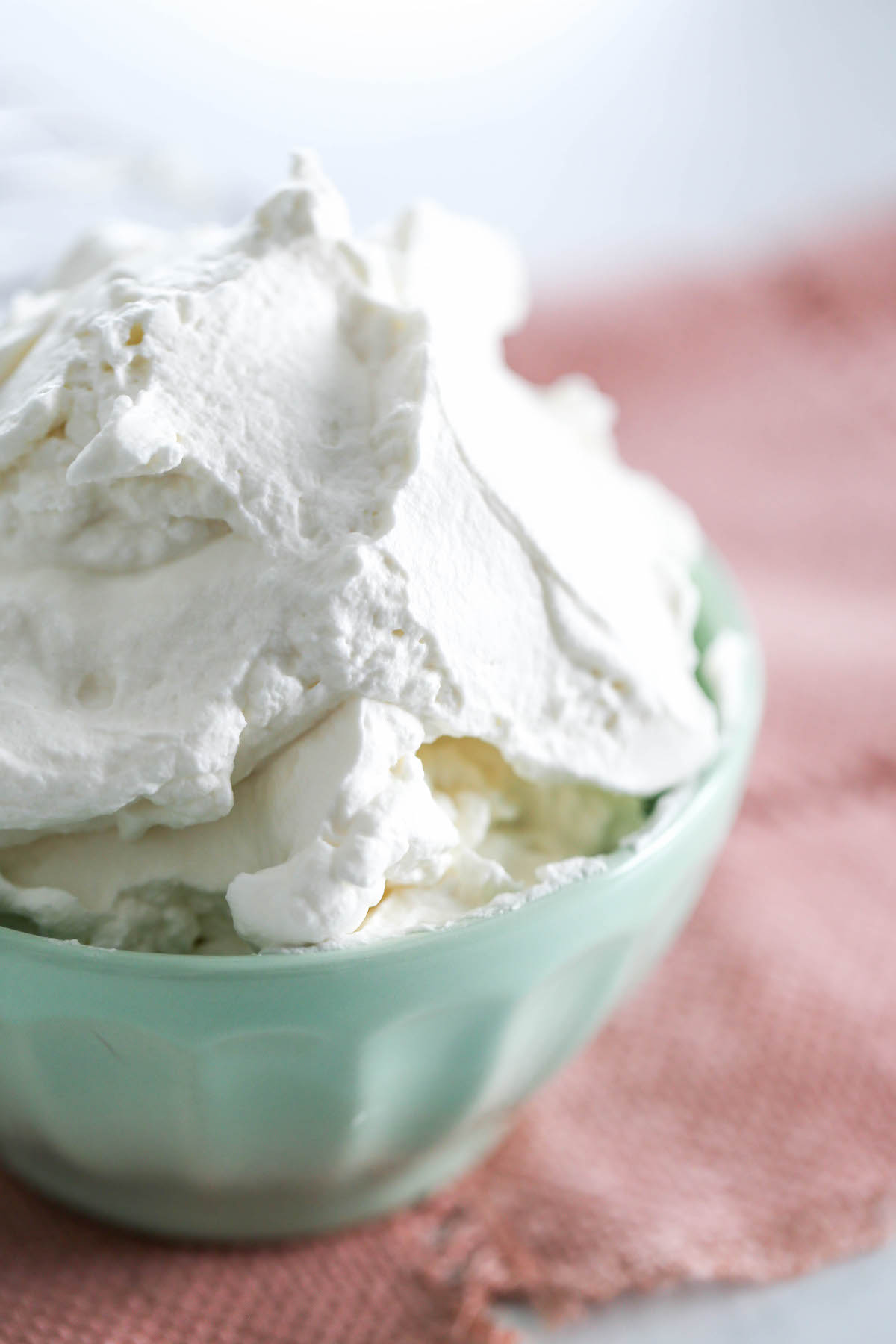 What about the boxed shelf-stable whipping cream from Trader Joe’s?

Yes! It works! But it has its pros and cons.

However, here’s the con: it needs to be chilled for 6+ hours before whipping. So if you purchase this to have on hand for those “in a pinch” moments, store yours in your refrigerator so it’s already chilled!

Also, it’s only an 8 oz. box, so if you need to make a lot of whipped cream, you’ll need to keep TWO boxes in the fridge. 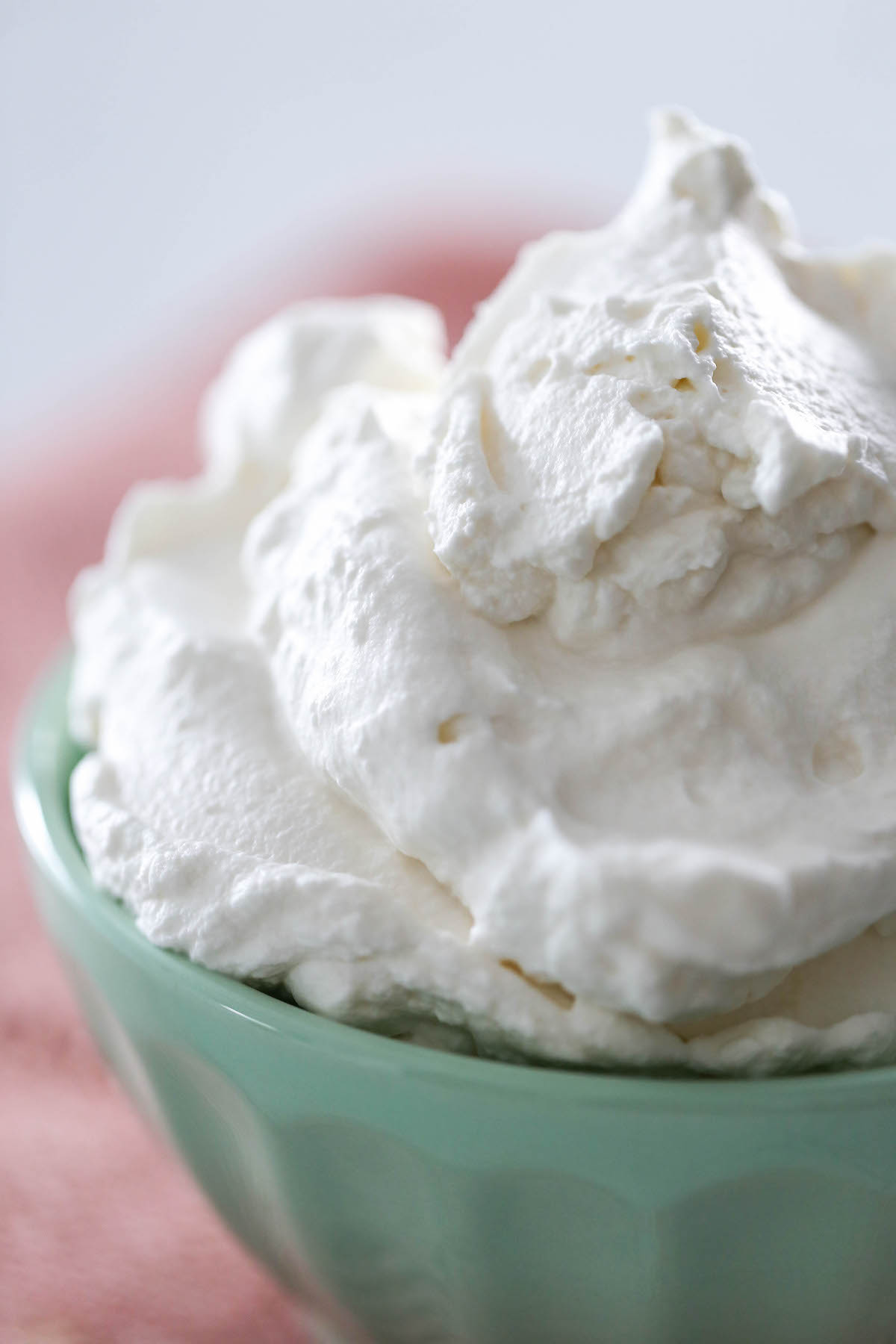 What about using Coconut Milk?

Yes, you can use coconut milk as a dairy-free vegan alternative to classic whipped cream; however, I have tried this a few times and I have both succeeded and failed!

But you have to chill it overnight in the refrigerator for the coconut milk to harden. The freezer does not work.

And remember how I said you don’t have to chill your metal bowl? Well, in this case, yes, you do!

I truly recommend that you Google “Coconut Milk Whipped Cream” and read several blog posts written by experts on making vegan food and have made coconut whipped cream several times using several different brands and have specific tips and tricks.

Double the recipe if you need a lot of whipped cream for a recipe, want to freeze the leftovers, or you're serving several people.

Need some inspiration for what to put the whipped cream on? Check out a few of my over-the-top milkshakes right here: 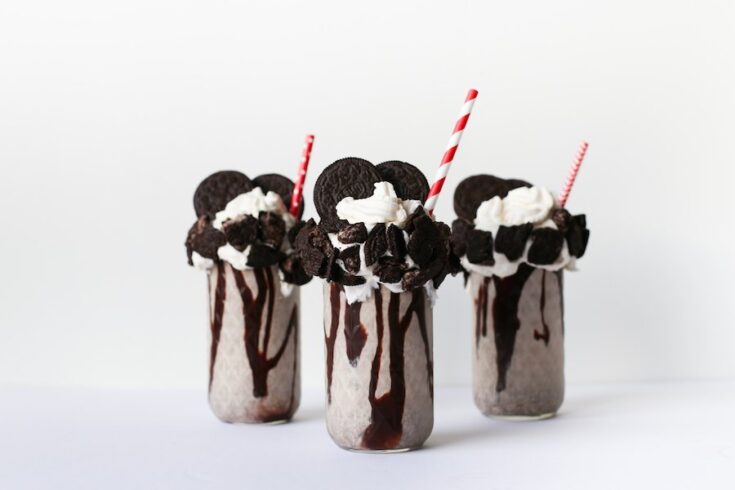 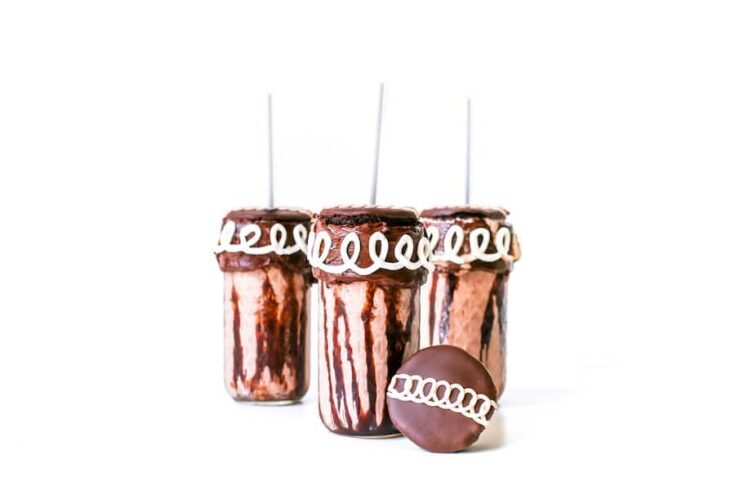 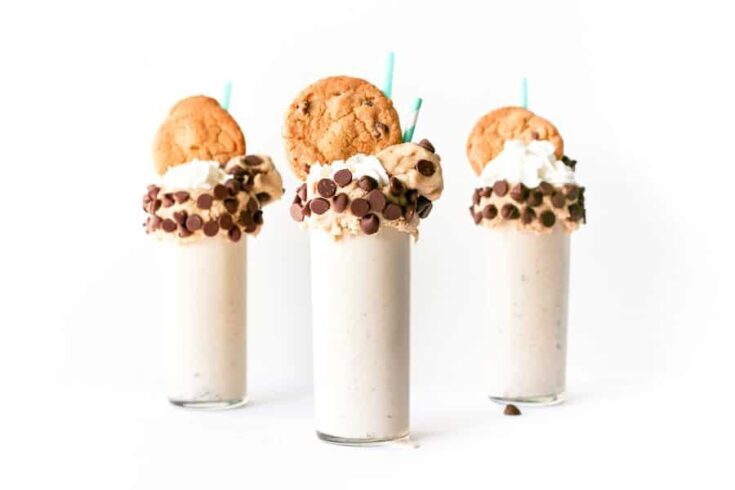 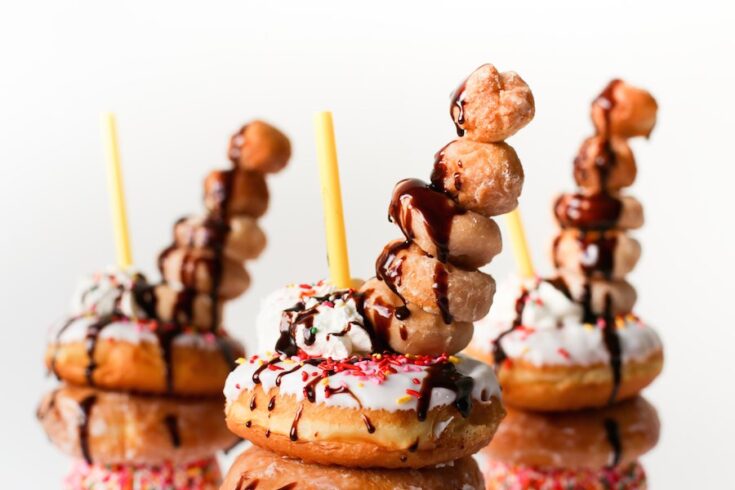 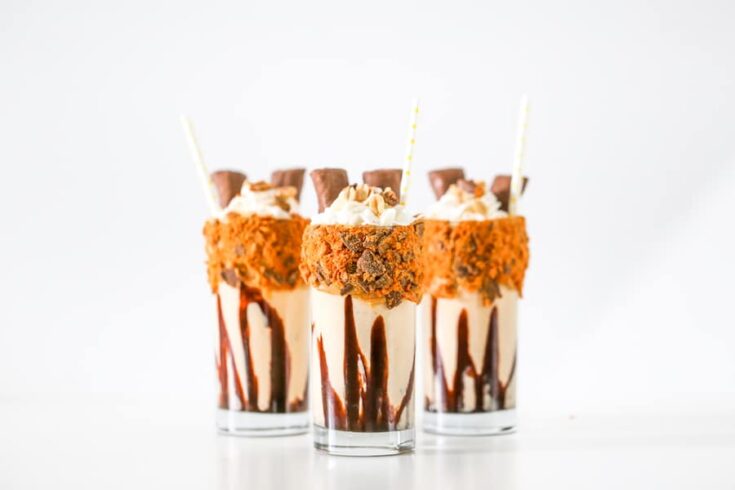 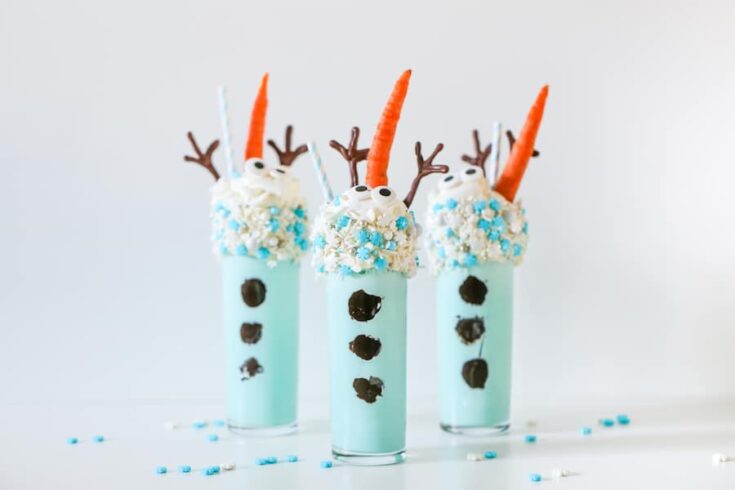 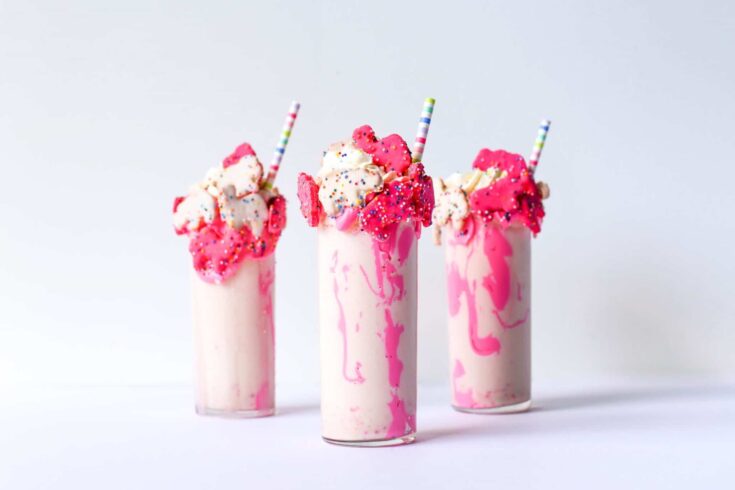 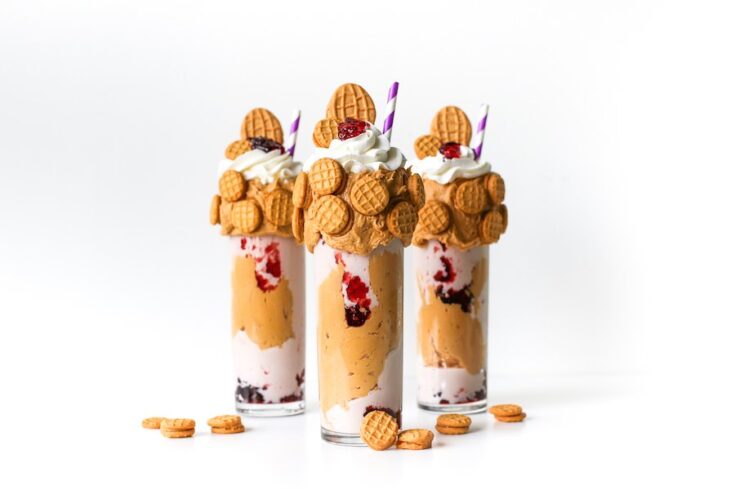 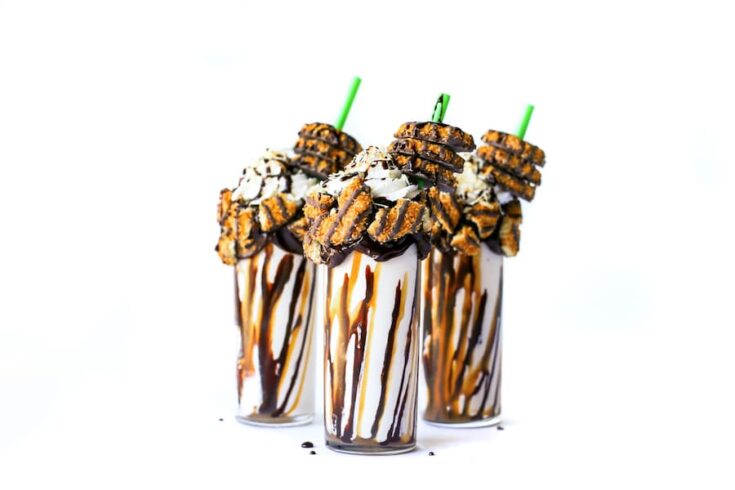 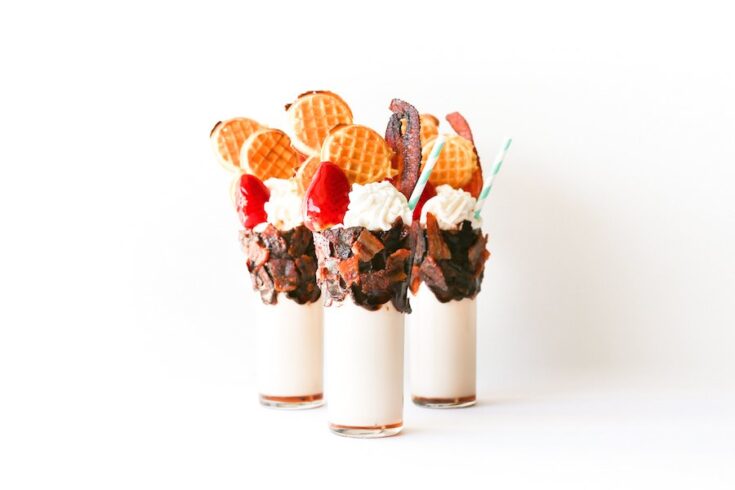 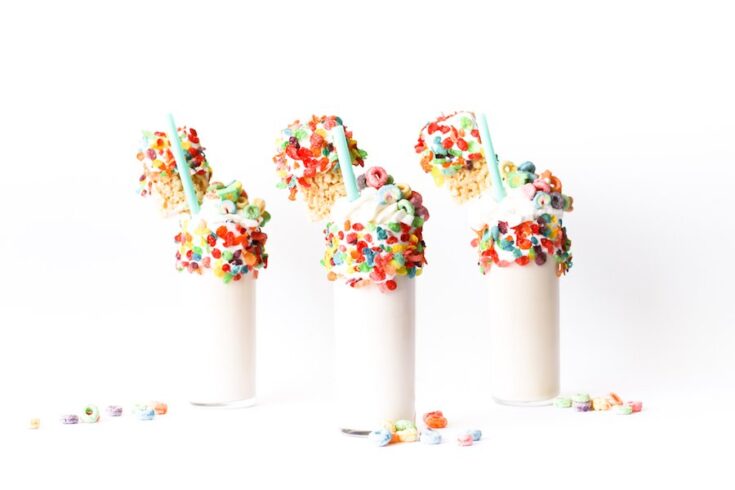 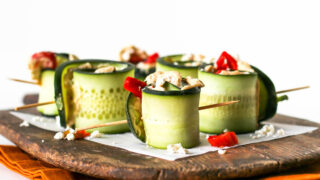 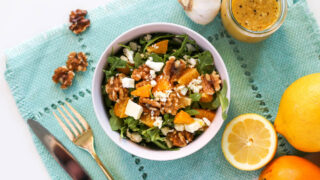 Next →
Orange and Arugula Salad with Feta and Walnuts Recipe
Click here to cancel reply.